After being expanded and renovated in 2019 by architecture office Robert M. Gurney, this row house from Washington, U.S. gained lots of space and lots of character. The original house had a tiny footprint and felt really small in general which was partially due to its overall design and internal structure. It has two bedrooms and only one full bathroom and the living spaces were compartmentalized in a way that made them all feel tiny and which didn’t really make the most of the available floor space as a whole. The interior spaces were also lacking a nice connection to the garden. All of these issues have been addressed.

A very important part of the project was the addition of a new set of spaces. The extension is tall and narrow just like the original house and it adds a third bedroom and a living area below. It also serves as a connector between the rest of the interior spaces and the garden. Also, all the original spaces have been redesigned. They have taller ceilings and they feel a lot more spacious and airy now that they’re flooded with natural light and have a fresh new design. The new extension has very clean and simple lines and looks very modern which makes it stand out and contrast with the original house. However, the two structures share a very strong bond and the discrepancies between them are not as prominent on the inside. 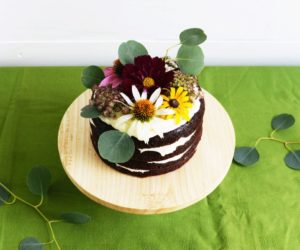 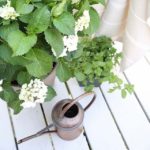 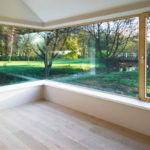