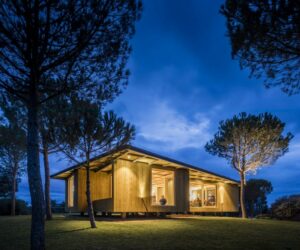 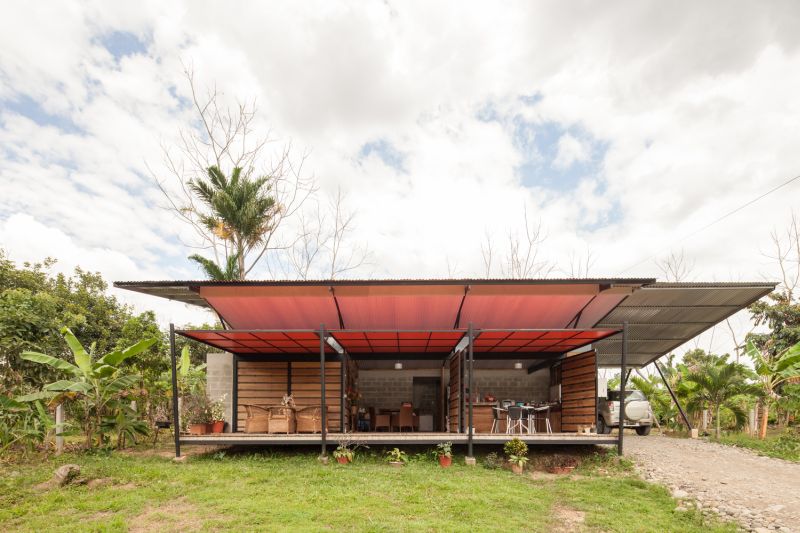 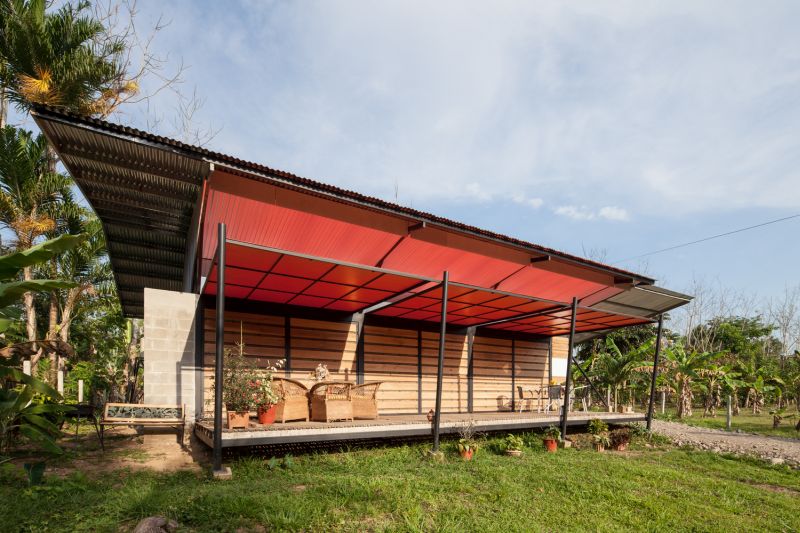 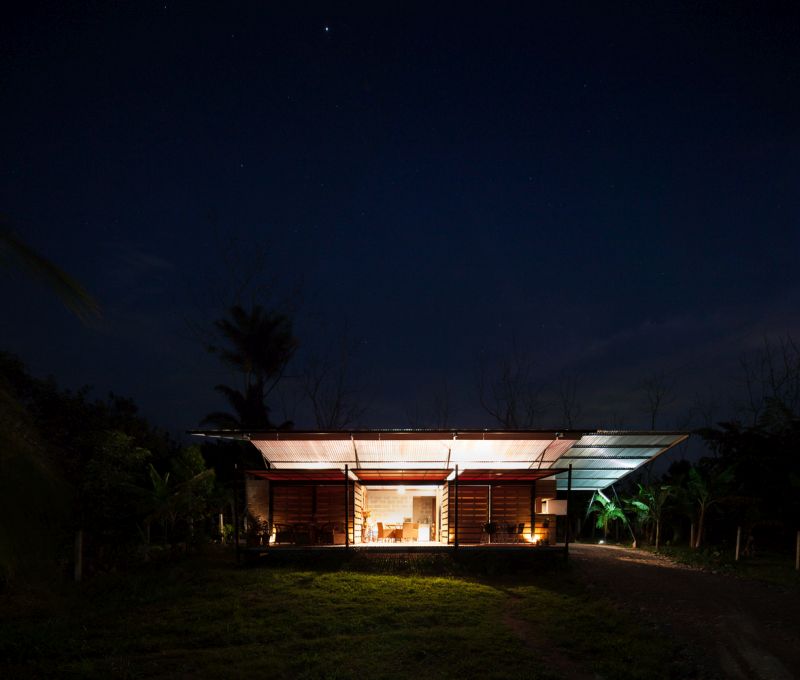 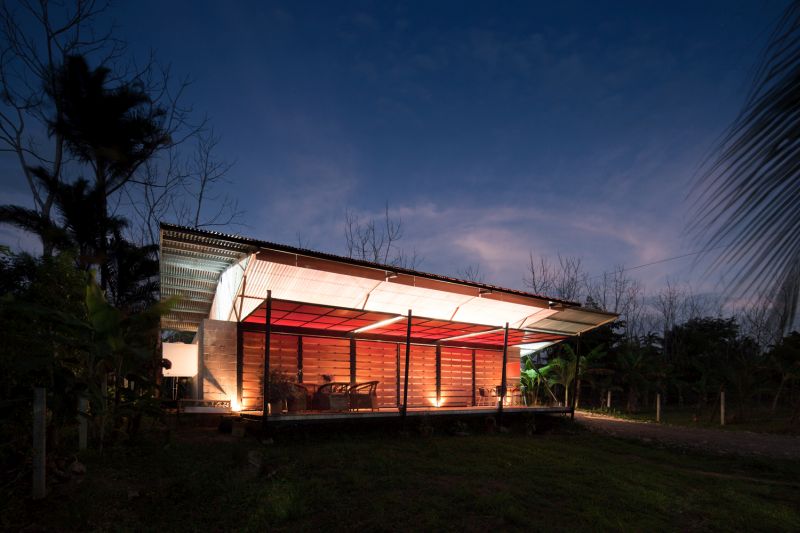 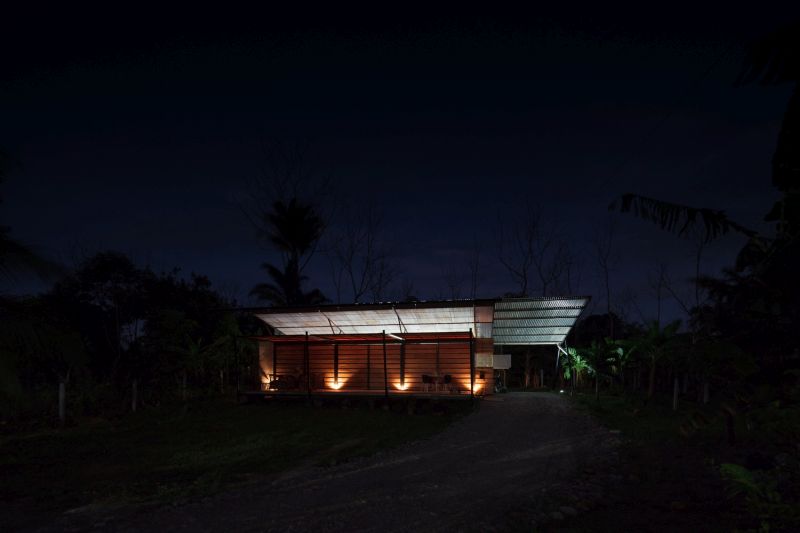 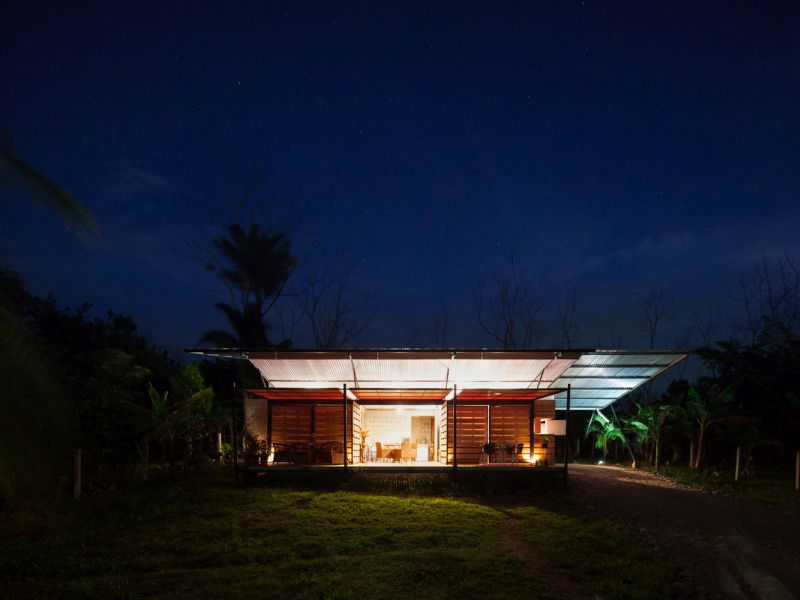 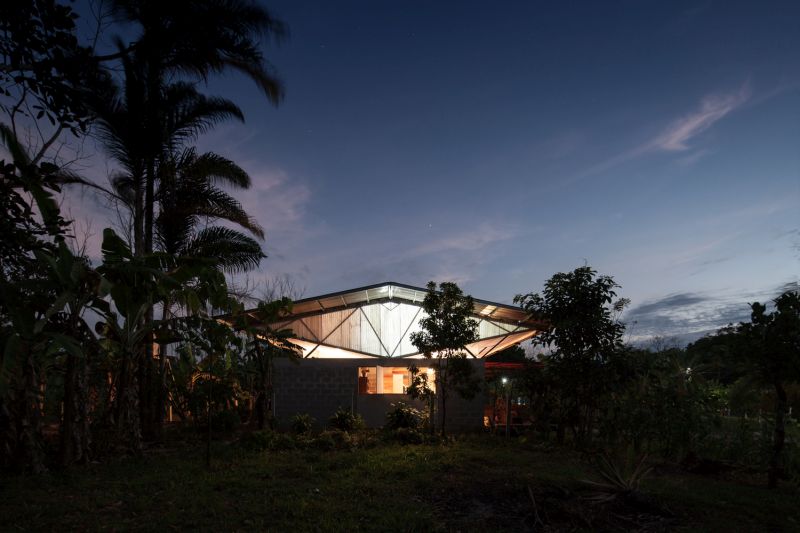 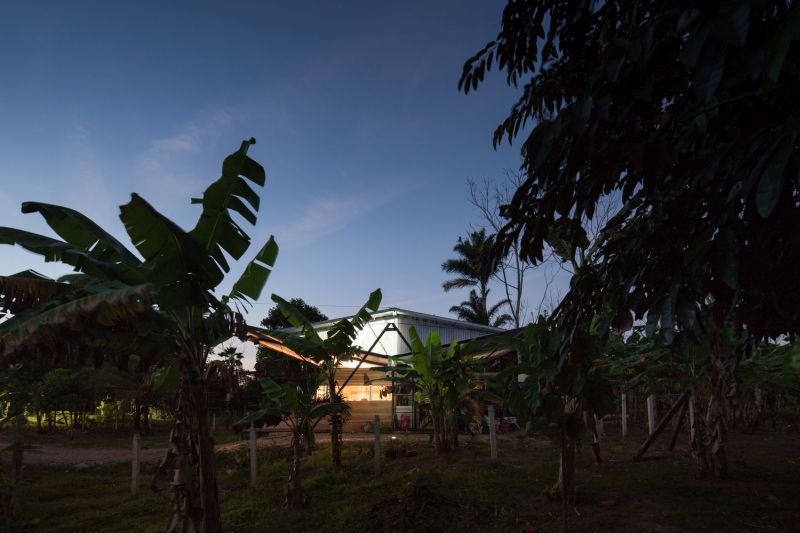 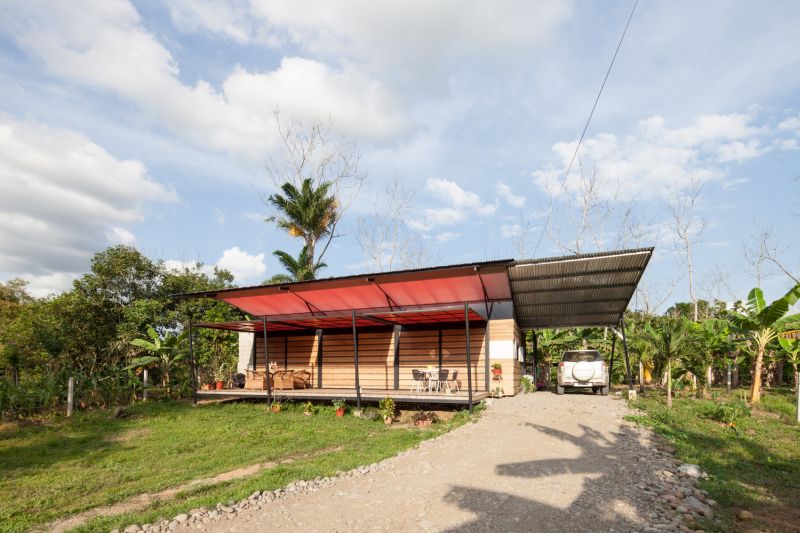 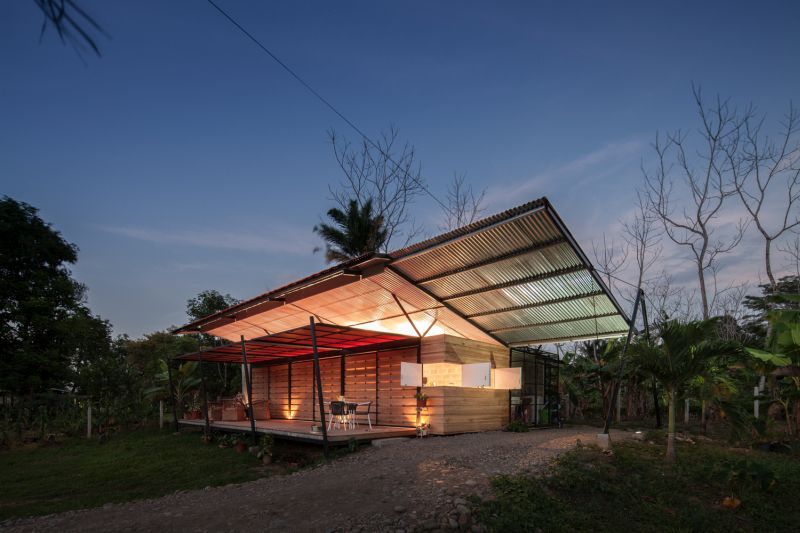 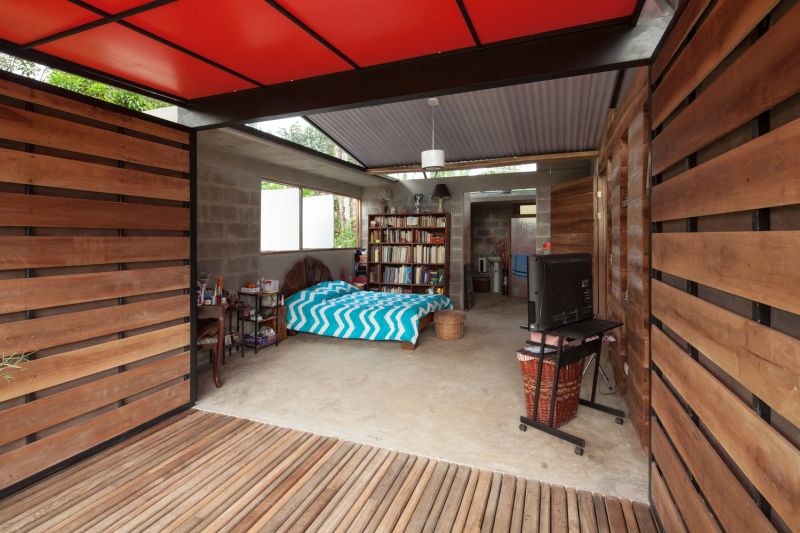 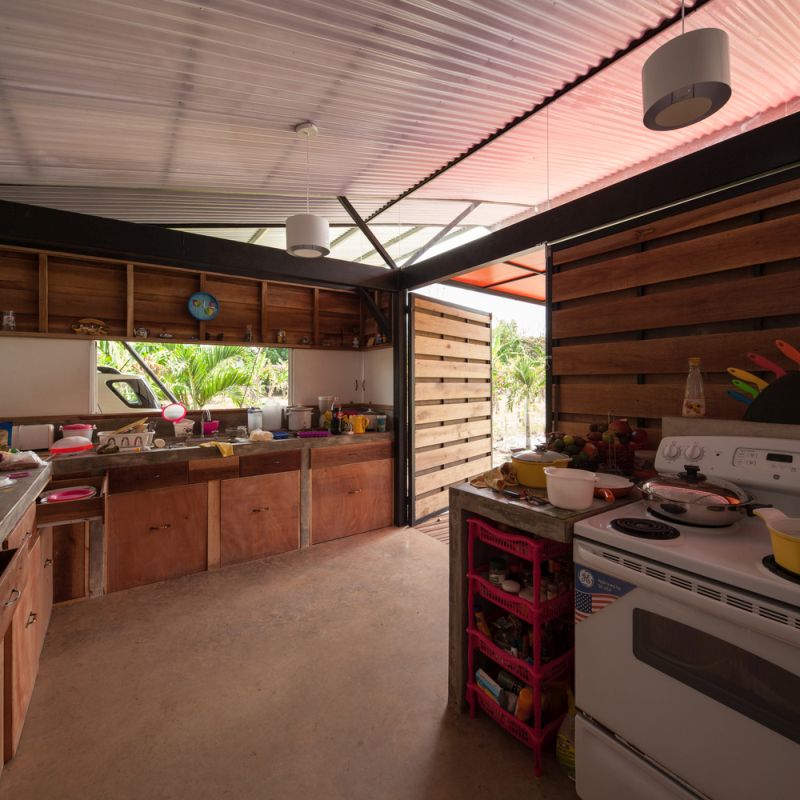 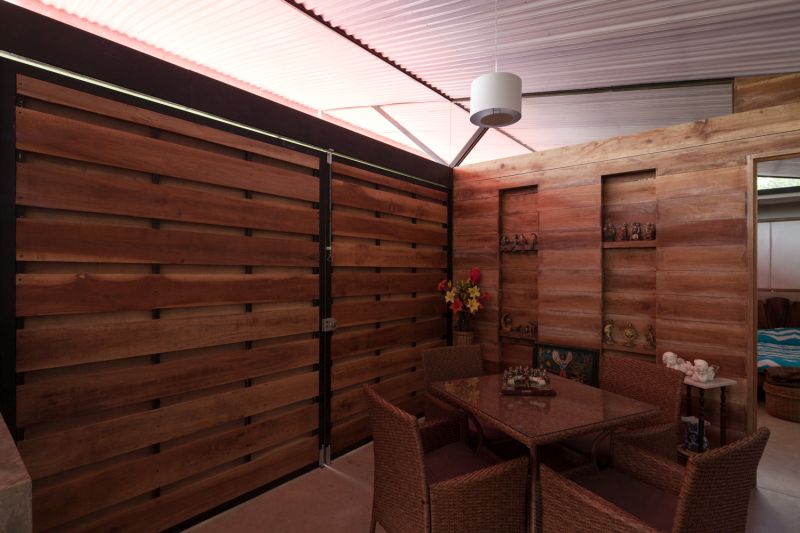 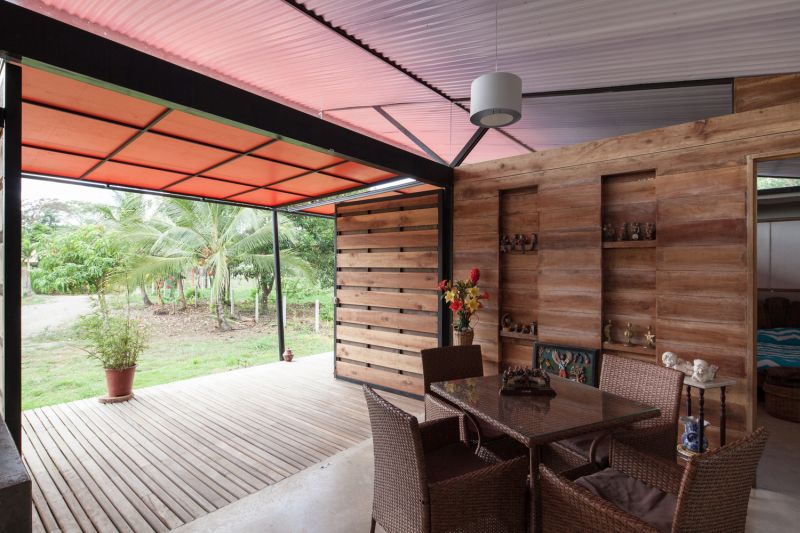 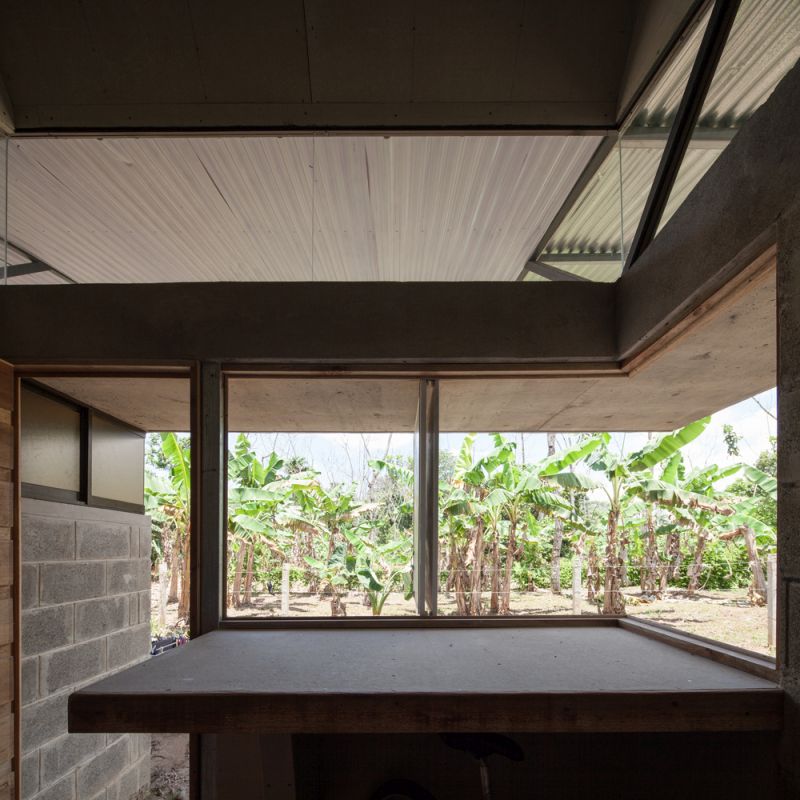 Set in La Vega in Costa Rica, House V is the name of a modest home that the owner built with her retirement money. The house was built in 2016 and was designed by Arkosis, a small company established in 2001 with a straightforward approach and a preference for collaborative projects. Each of their projects is the result of the harmonious combination between the client’s vision and the unique particularities of the site.

The house is small and modest, occupying only 90 square meters. The site is small and surrounded by old and traditional houses and cattle pens. There’s definitely a lot of nostalgia infused into this project. The house was built using reclaimed wood and with a design similar to old homes.

At the same time, there are elements that make the house stand out, giving it a more modern look. The pitched roof, for example, doesn’t exactly have a standard design or shape. The roof is elevated and appears to be floating on one side of the house, thus allowing light in and opening up the house to the surroundings in a rather unconventional way.

Unlike most contemporary houses, this one doesn’t have huge glass walls and sliding doors. Instead, it gets the necessary natural light through other means. Its interior is sheltered by shutters and wood-paneled walls and the interior design is eclectic, featuring rustic, industrial and a few modern details.

Even though the house is small, it has a big and strong personality which matches that of its owner. The size and the lack of glazed facades, however, don’t diminish the house’s connection with the outdoors. There’s still a seamless dialogue between the internal areas and the exterior spaces.

The house has a sort of overhang which shelters an adjacent outdoor area. As a result, the internal space opens up to the outdoors and eliminates any barriers between the two zones while facilitating a smooth continuation between them.

The interior is cozy and open despite the limited floor space. The sleeping space and the kitchen are on opposite sides of the house and the social areas and bathroom are either adjacent to one of these or in between the two.

The extensive use of wood offers a warm and inviting look while the metallic accents add an industrial touch to the interior. The beautiful green surroundings contrast with the interior but also complement it. The house’s deconstructed look gives it an interesting and unusual twist while allowing it to stay simple and budget-friendly.