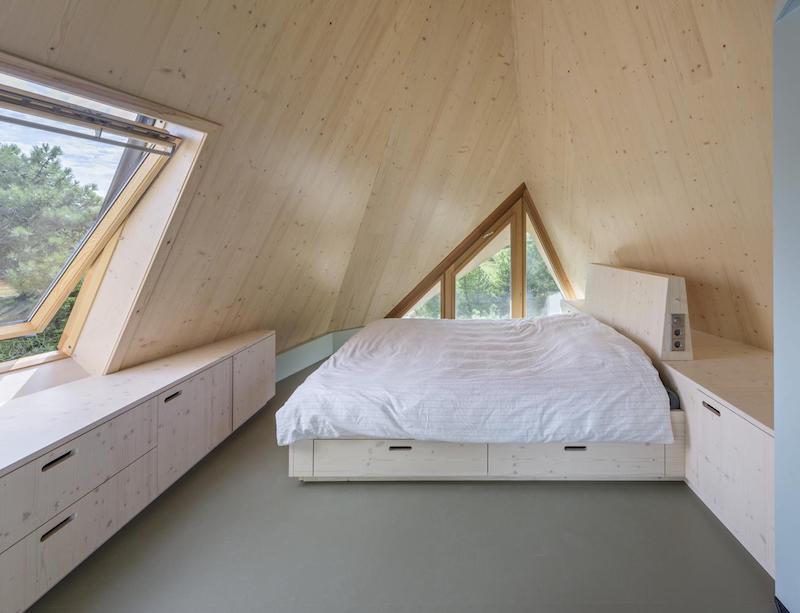 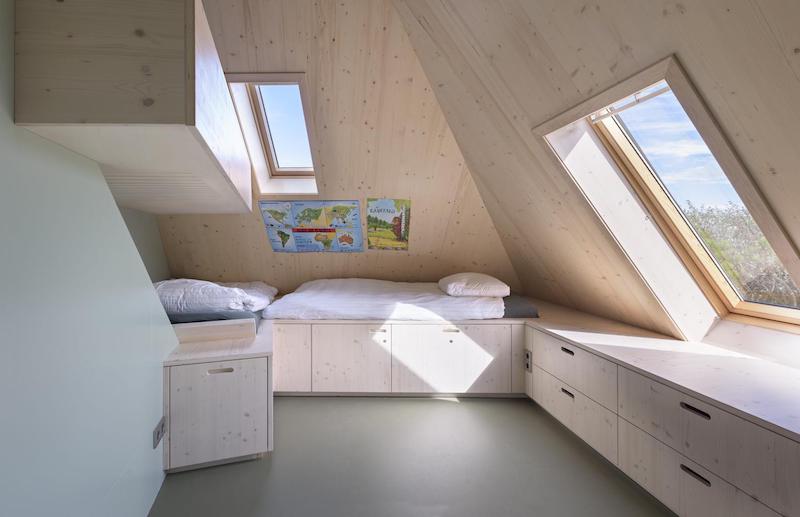 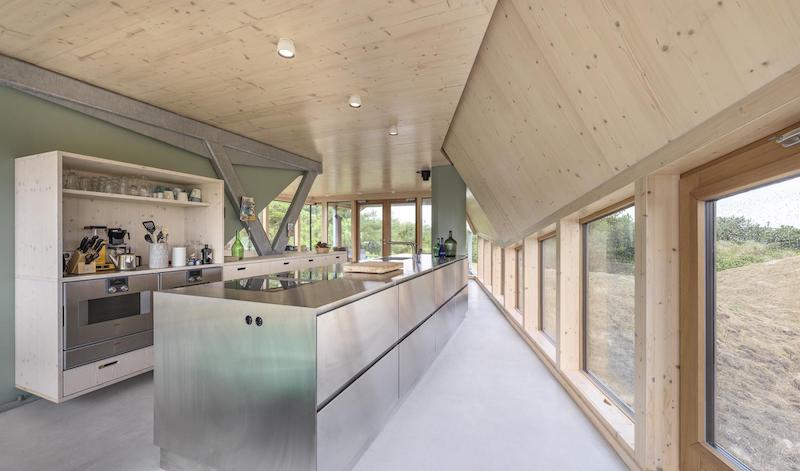 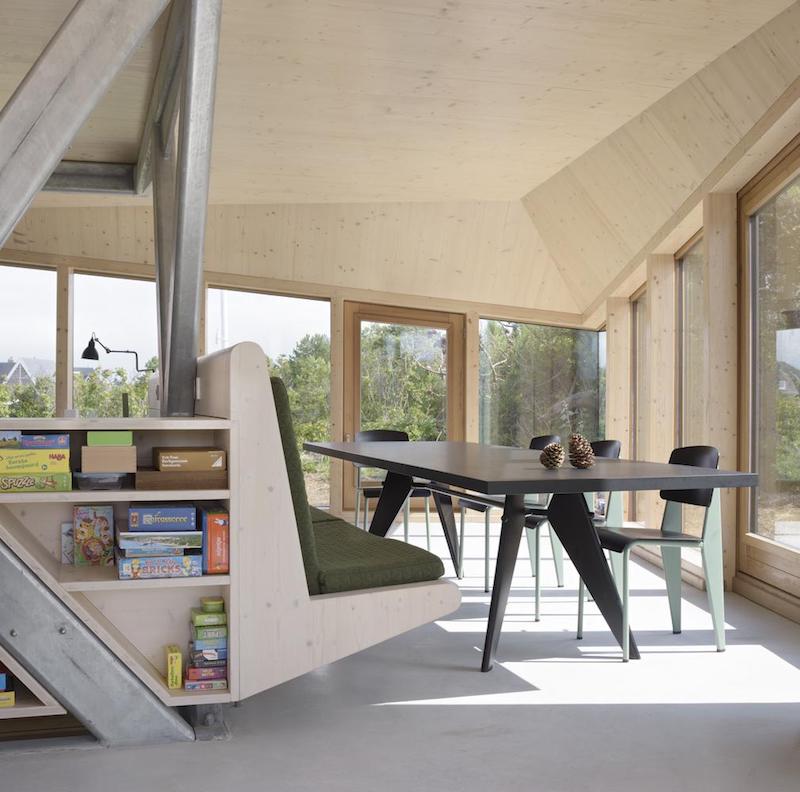 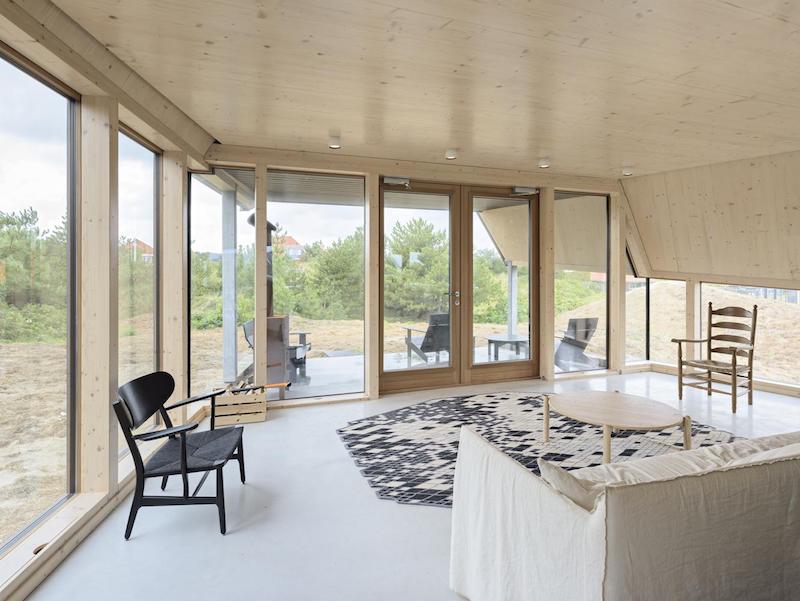 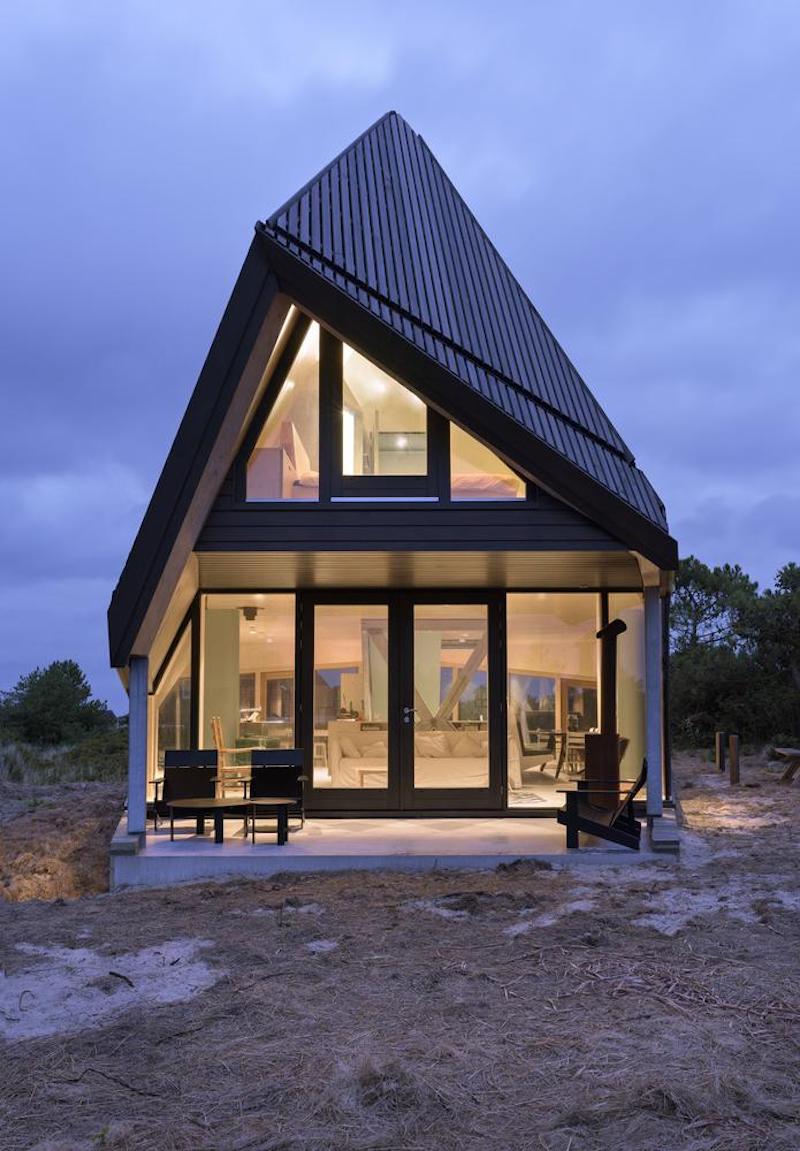 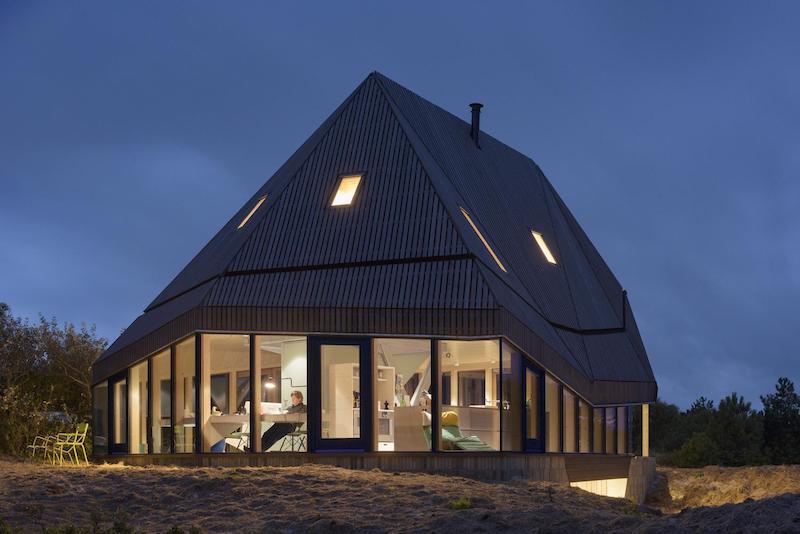 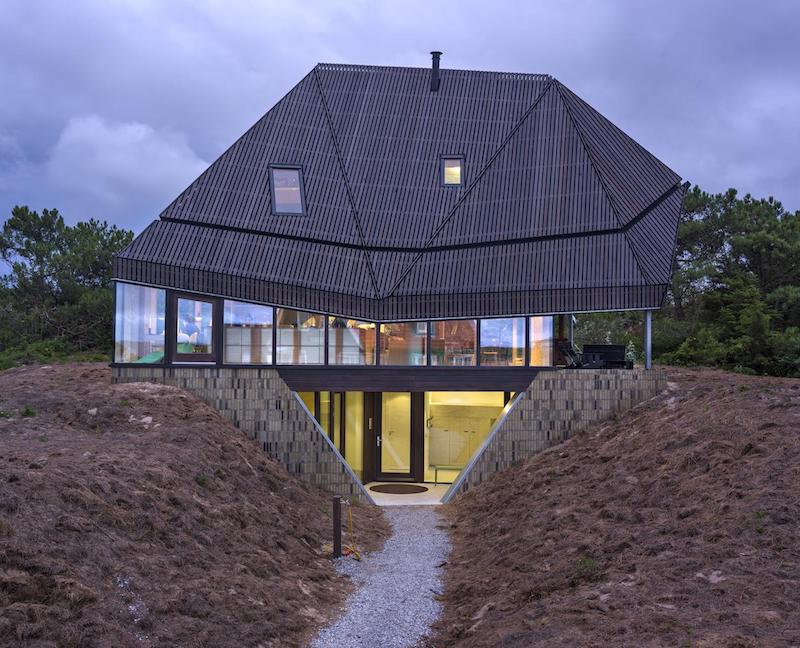 Holiday homes and summer houses are usually built in locations that are either remote or that have great views. The house designed by Borren Staalenhoef Architecten BV bna is pretty interesting in this sense. It sits on a site surrounded by dunes in Oost-Vlieland, in The Netherlands. Although its current design was completed in 2017, the house actually dates back to the early 1970s. Back then it was nothing more than a cottage. It did have its charm but it didn’t really stand out, the strategy used back then being rather focused on allowing the structure to blend in with the landscape.

In total, the house offers 240 square meters of living space. They’re not all visible. The basement level is completely hidden from the sides and can only be seen from a certain angle and location. Being sited on the top of the dune, the house inevitably stands out so the new design strategy focuses on this detail. The whole cottage was reinvented and recreated. Some of the original elements were preserved or rather the concept behind them was kept alive but in a different, updated form.

The roof is a particularly eye-catching feature. It’s made up of cement-bound corrugated sheets and it has a faceted design. The dark color links it visually to the forest behind the house, establishing a connection between house and nature. The new design is defined by an interesting duality. On one hand, as we mentioned already, the house stands out both through its location and its design and color palette. On the other hand, the architects aimed for a more natural and seamless integration of the house into the surroundings. The roof is one of the elements which makes it possible.

The ground floor is the main volume, where the social and common spaces are situated. Here, the house has large windows which wrap around the whole volume, bringing natural in and linking the internal spaces to their surroundings and views. All the wood used inside the house creates a warm and welcoming ambiance while also establishing a connection between the house and the forest and the dunes. The overall design is modern and simple, with custom furniture and geometric accents throughout the house.

In addition to the ground floor volume, the house also has a basement almost entirely sunken into the ground and an attic. The attic houses the bedrooms which are small and really cozy. They don’t have large windows and the shape of the faceted roof makes them look and feel particularly small. Even so, they feel open thanks to the color palette which is based on white, light grey and light wood. Actually, this is the combination that was used in all the areas of the house. It has different effects on the decor for each of the volumes.