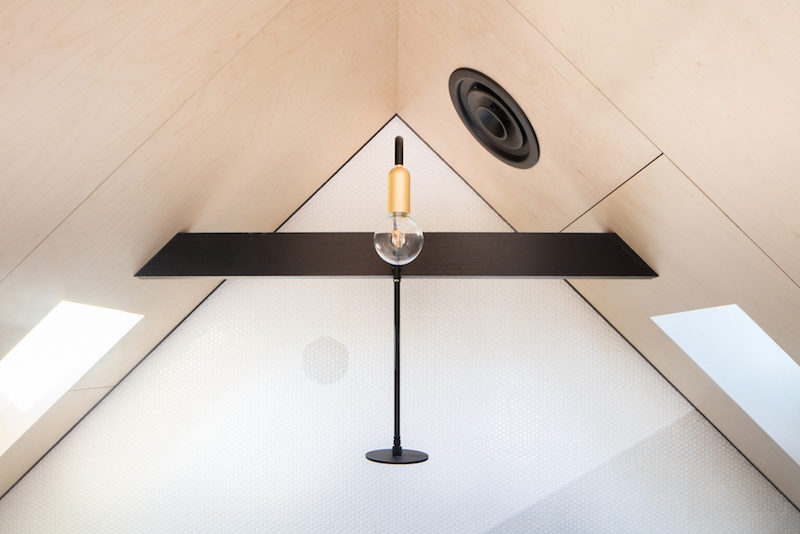 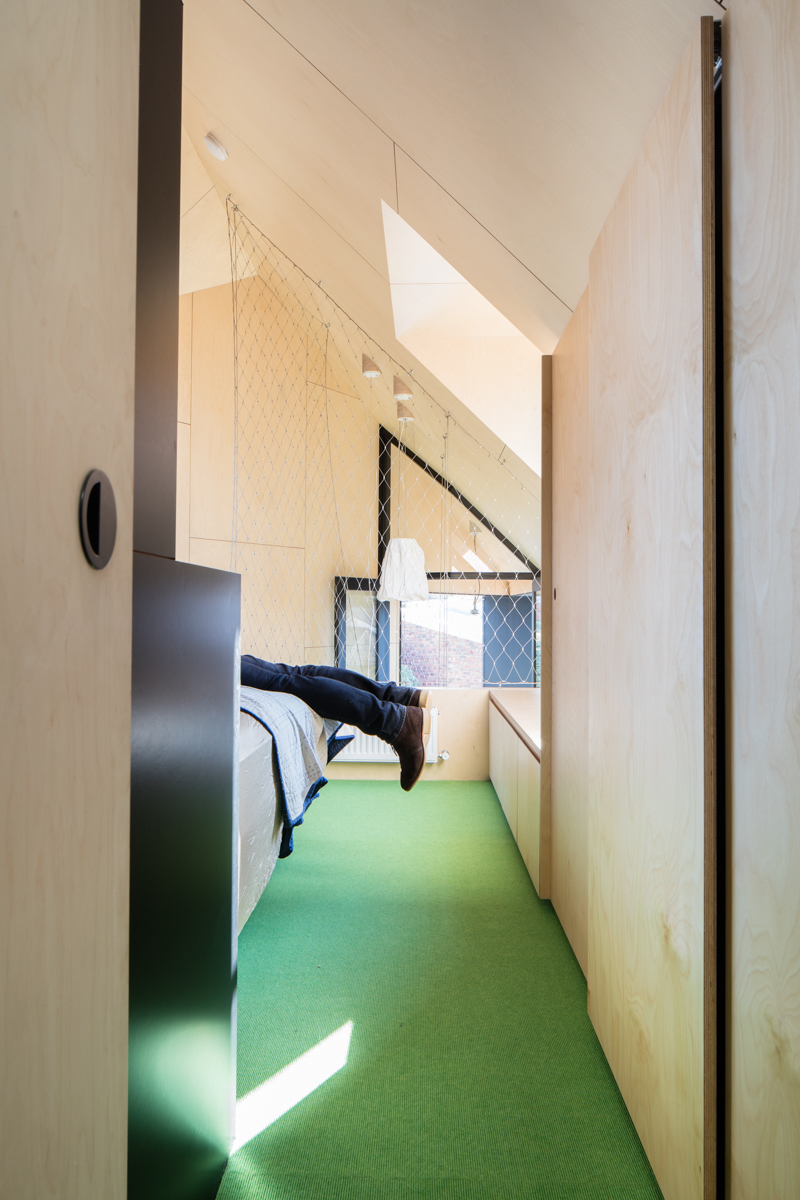 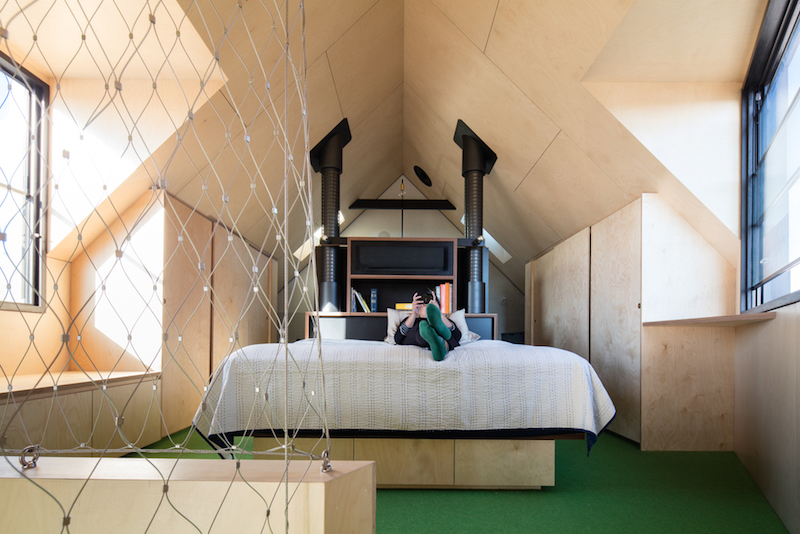 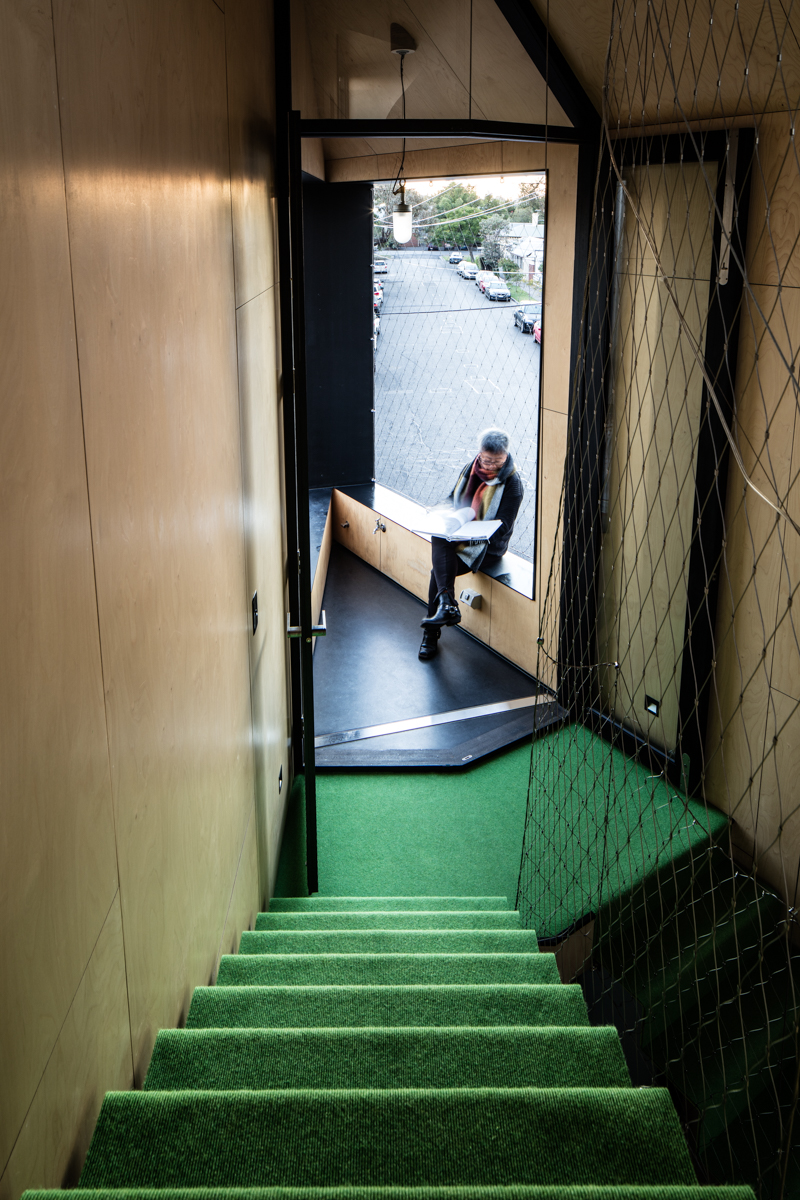 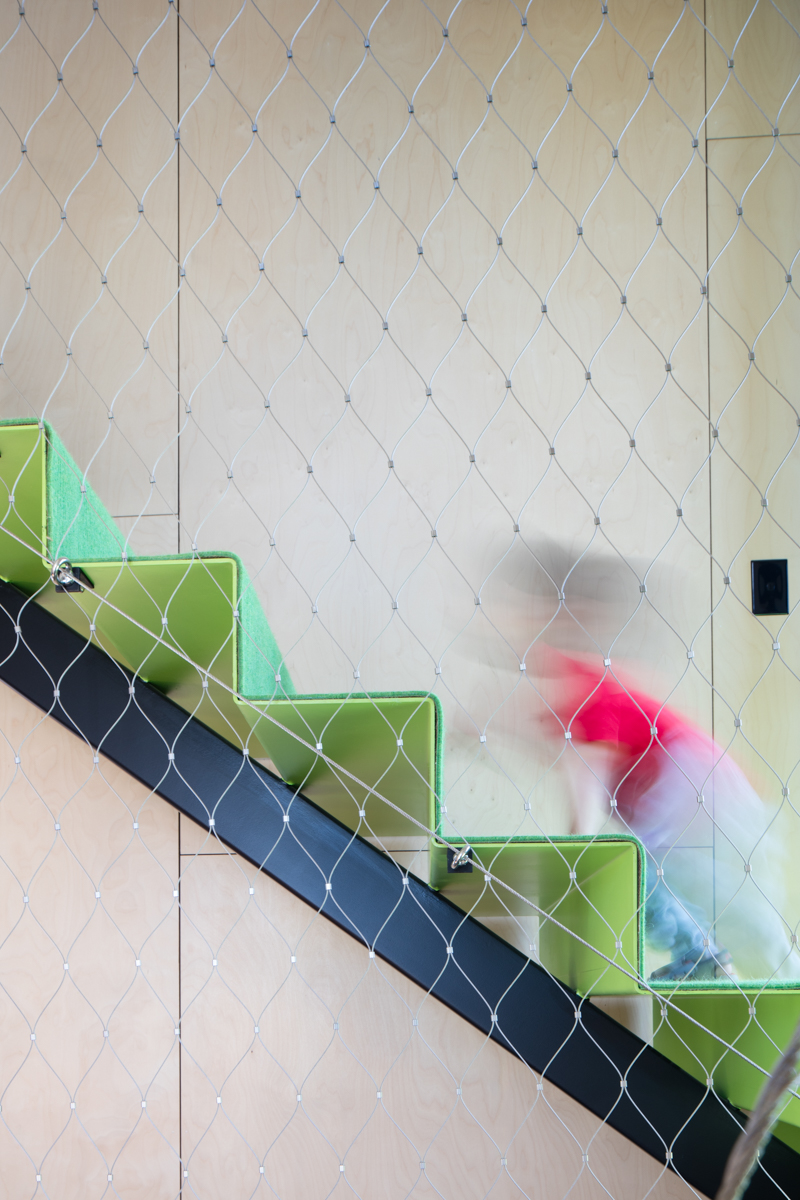 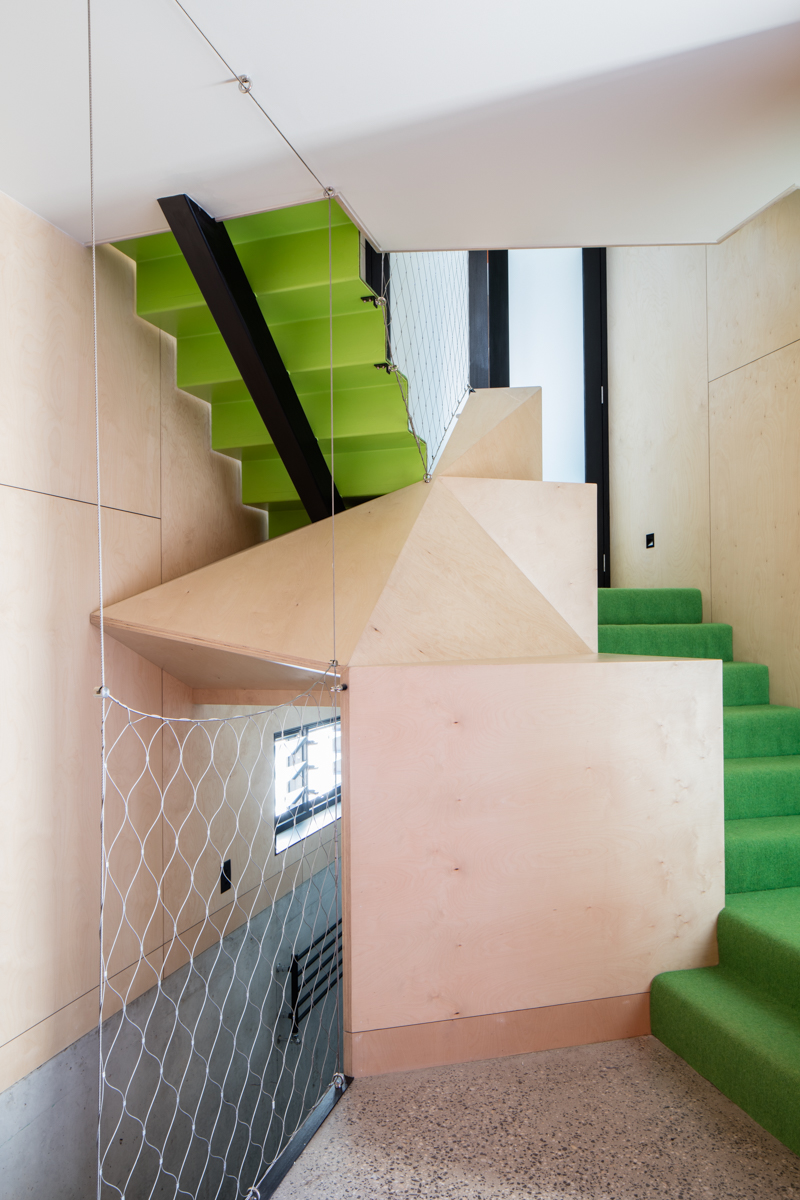 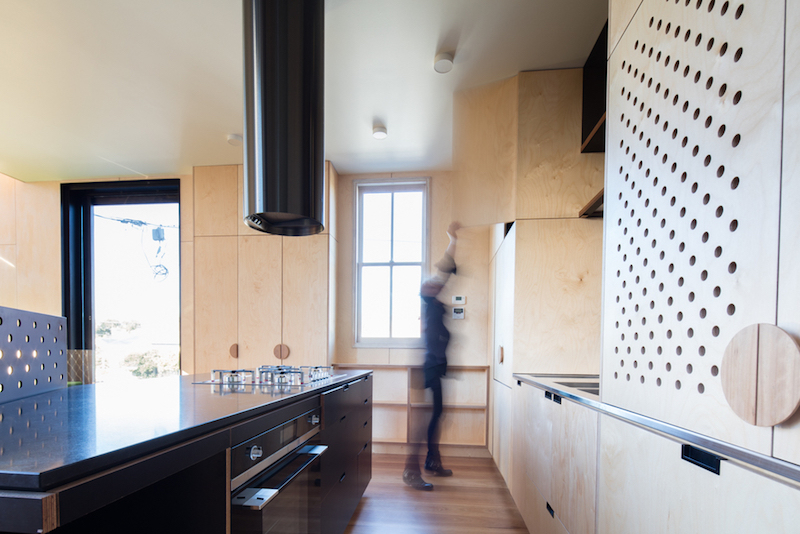 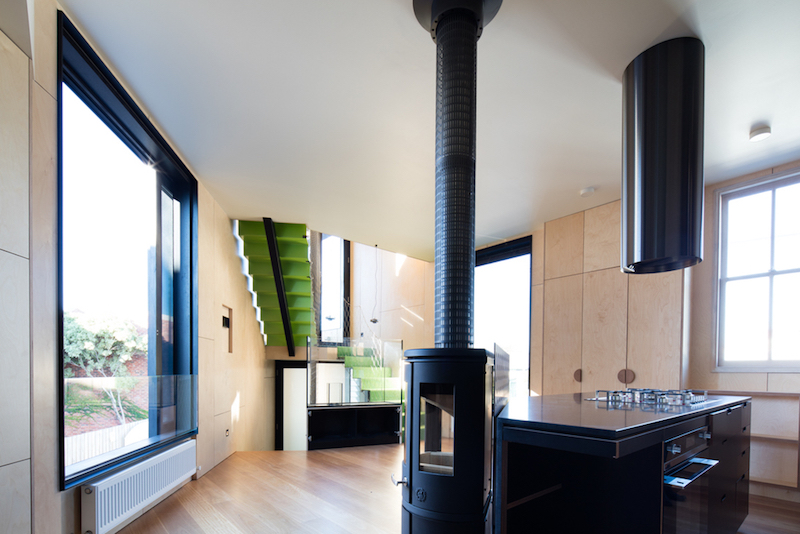 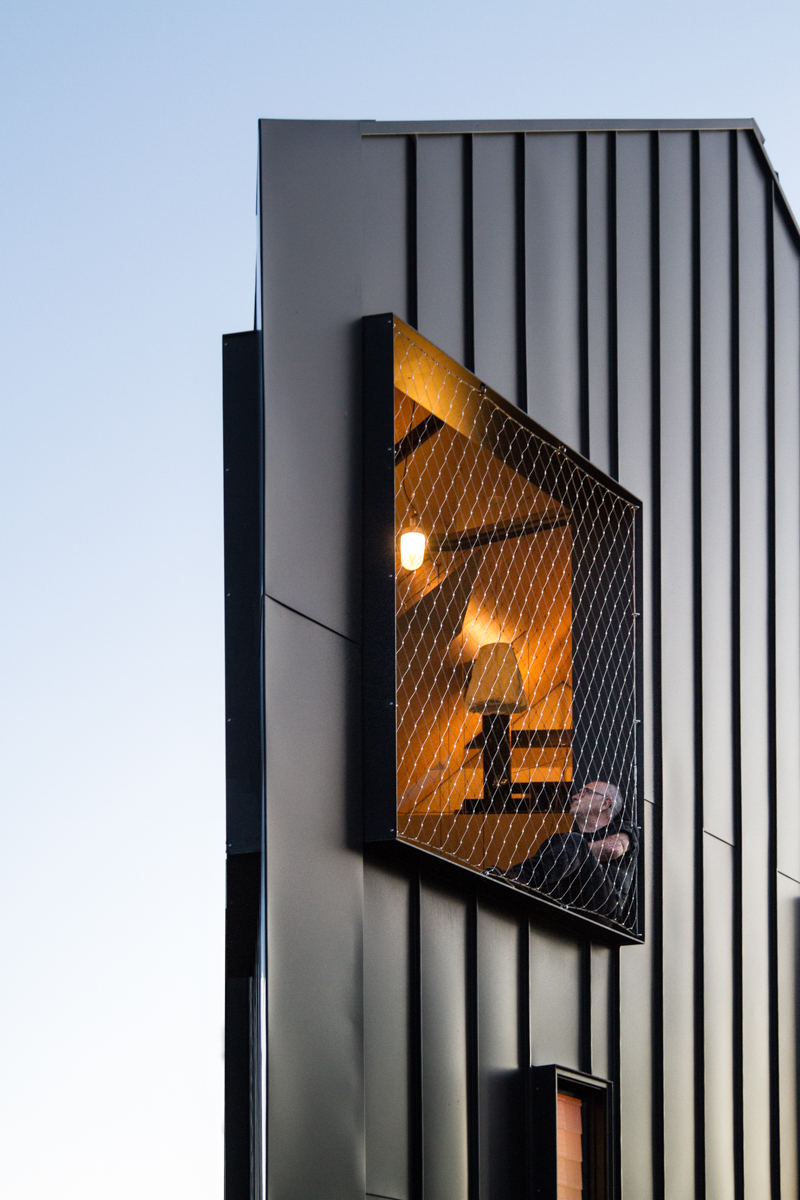 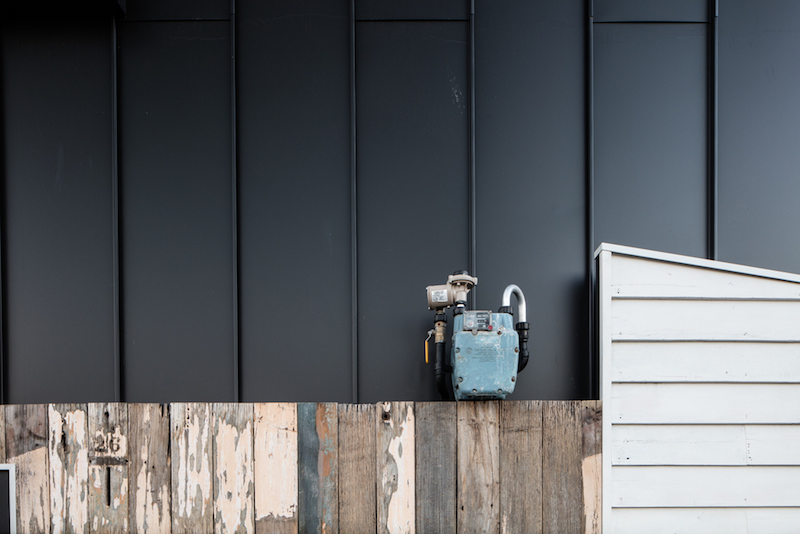 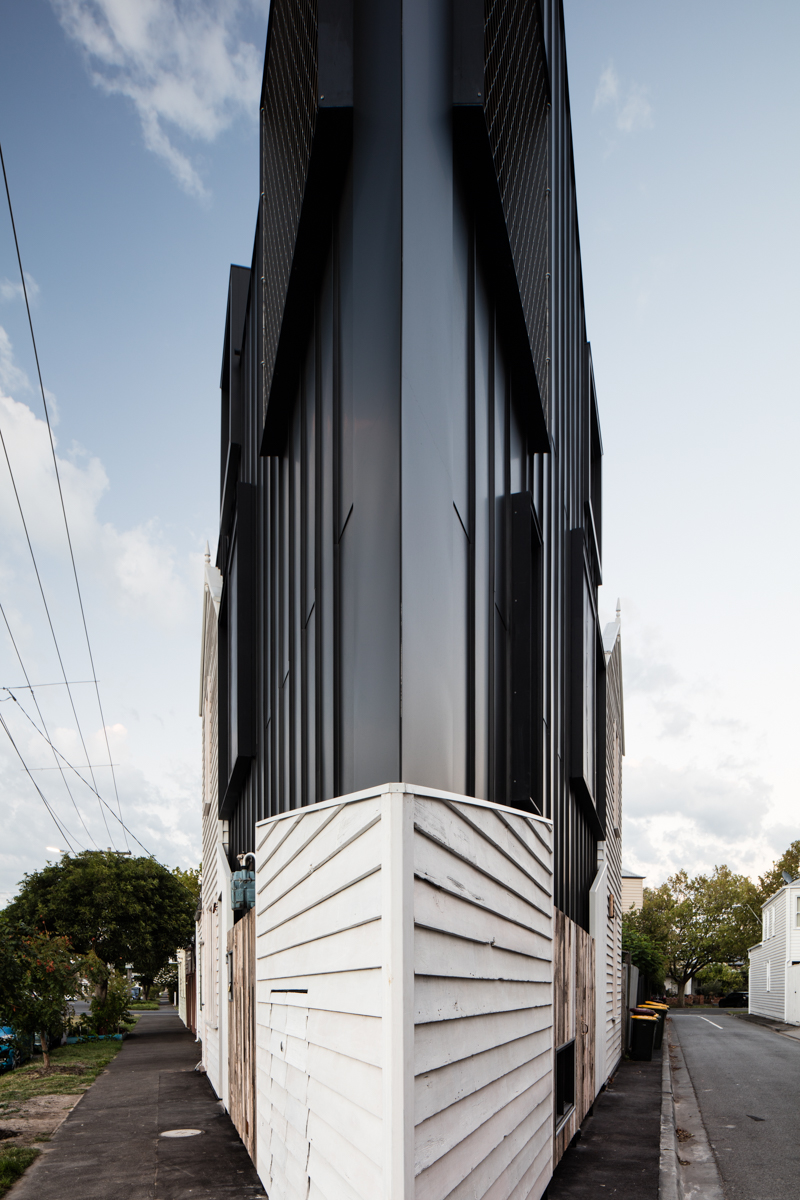 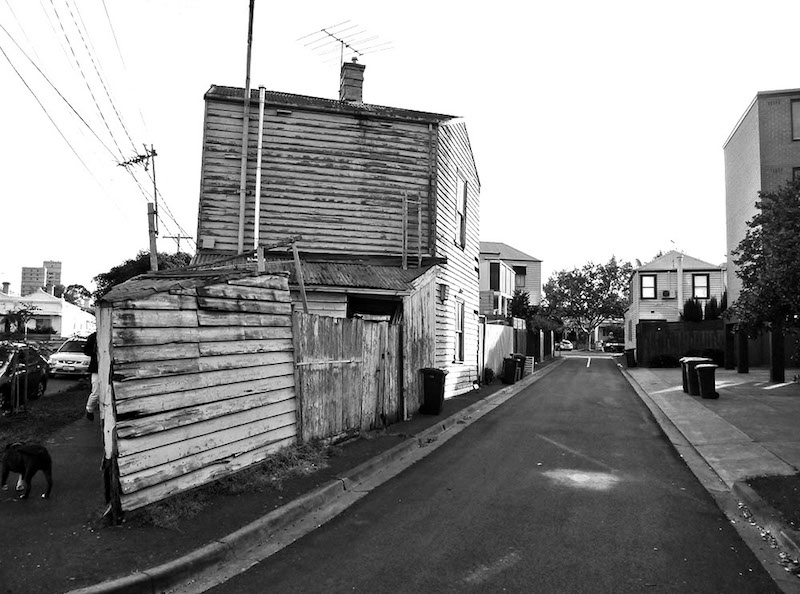 The Acute House is one of the most intriguing and unusual projects we’ve come across. That’s mostly because of the topography. The house sits on a triangular site which is not only small but oddly shaped and barely suited for a family home. Originally, the site was occupied by an old and derelict Victorian cottage made of wood. The cottage was an important landmark for the neighborhood and the architects didn’t want to deprive the area from that. As a result, they struggled to preserve the original charm of the cottage and to transfer it onto the new house that now sits in its place.

The house was a project by OOF! Architecture, a team of adventurous professionals who actually enjoy working with weird sites, eccentric clients and demanding heritage contexts. The project was a perfect fit for them. Because of the heritage context, there were some strict restrictions regarding the new house but the architects didn’t look a them as limitations but perceived them as challenges that inspired them to find unique ways to exploits the site’s problems.

The goal was to create a new compact family house that would suit the needs of their clients’ contemporary lifestyle. The pointy, wedge-shaped form of the site meant that the house had to mimic that form. Because of the unusually harsh site limitations and geometry, the architects were permitted to have the house built on 100% of the site which meant more living space but, at the same time, no garden or yard.

The architects also took into consideration the impact that the old cottage had on the neighborhood and the fact that it was a very loved building. They chose a highly responsive approach to the surrounding neighborhood and decided to try to retain the weathered character as much as possible. That was possible by reusing a lot of the materials from the old cottage such as the wooden boards and fence but also smaller things like the door knobs or the street numbers.

Obviously, the clients dropped any expectations of a conventional family house, at least the ones regarding the architecture. They embraced the idea of an untraditional home and chose to make the most of the unique particularities of the site. Because the space was narrow, the house was built on multiple levels, with a vertical structure.

Because the internal walls, corridors and doors would have occupied considerable space, these elements were completely neglected. As a result, the house has a very open and continuous layout over the different floors. There are no dead-ends and a continuous circulation is ensured by the staircase. The interior as a whole is spacious and uncluttered.

The complete lack of a garden or any other kind of outdoor space was definitely a disadvantage but the architects compensated for that in other ways. They gave the house large windows, full height sliding doors and even a shallow balcony. They also introduced lawn-green accents in the form of carpeting for the staircase and the bedroom floor. Hanging plants and a central aquarium complete the look.