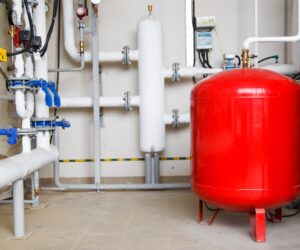 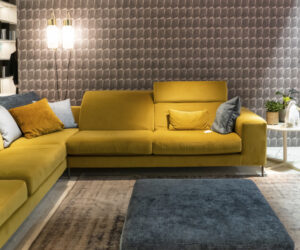 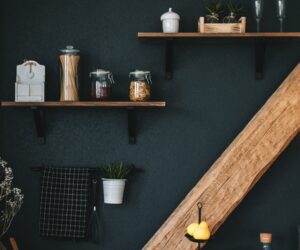 If you look at it from the front, this is a beautifully restored house from the inter-war era with a wonderful art-deco style. However, that’s not all.

A quick glance at it from the opposite side reveals something unexpected: a contemporary addition that contrasts greatly with the original structure. But before we get into all the details, let’s put this into context. We’re talking about a two-generation house located in Kooyong, Australia with an extension added in 2020 by studio WALA.

The site on which the house as originally built is quite long and narrow. It’s actually 60m deep x 10m wide and it slopes at the back. This is important because of the way in which both the main house and the extension were designed. They both have different floor levels which come as a response to the sloping terrain. The old and the new volumes are connected by a central atrium.

The original historic section of the house has narrow hallways which contrast with the open atrium. It also includes a tiered set of common spaces including a sunken living room. A series of skylights and large windows allow plenty of light to enter these areas and give them an airy feel.

This section of the house is also where all the children’s bedroom are situated. In contrast, the new extension houses the parents’ master bedroom, creating a clear separation between generations.