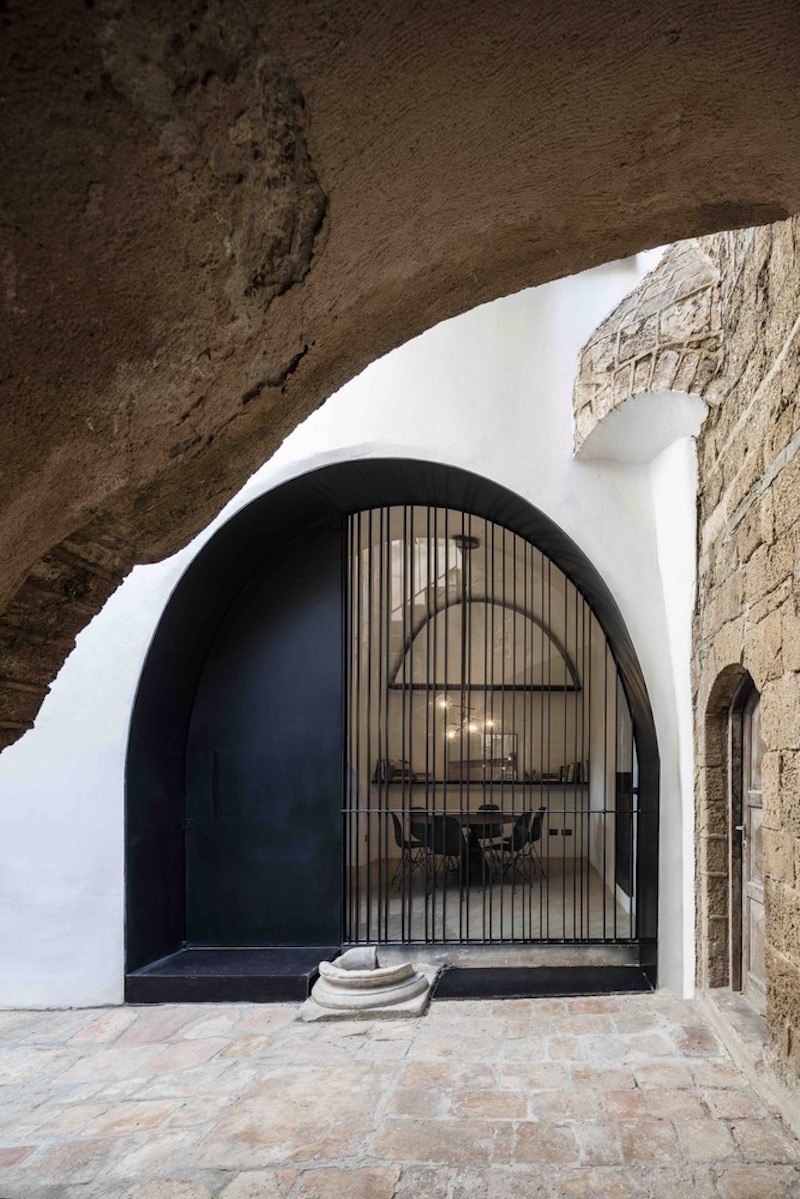 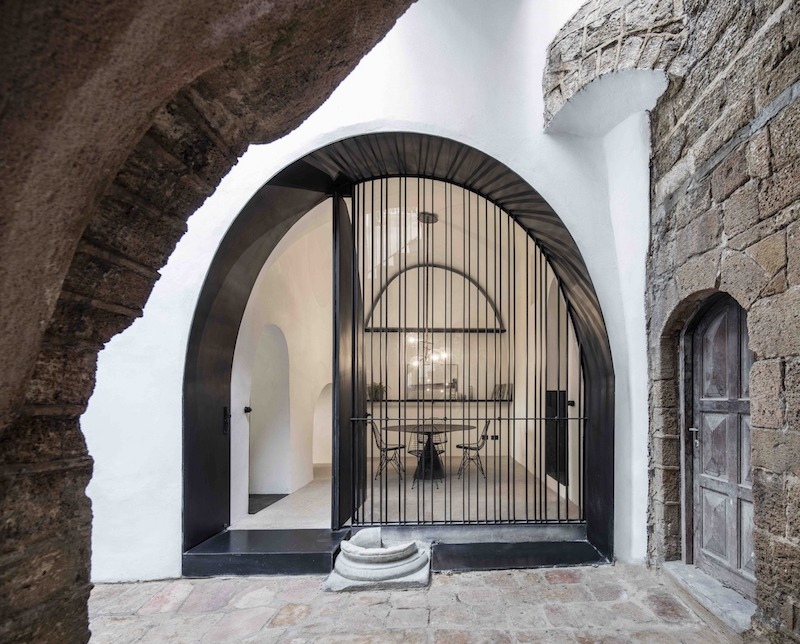 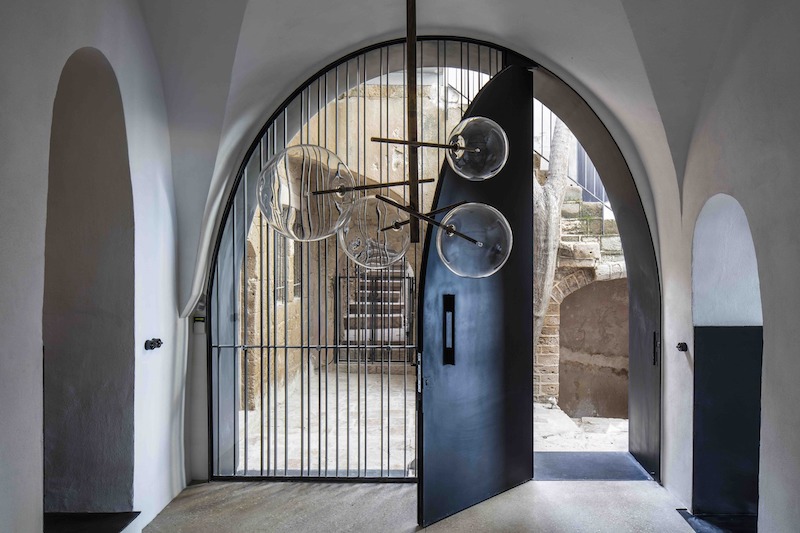 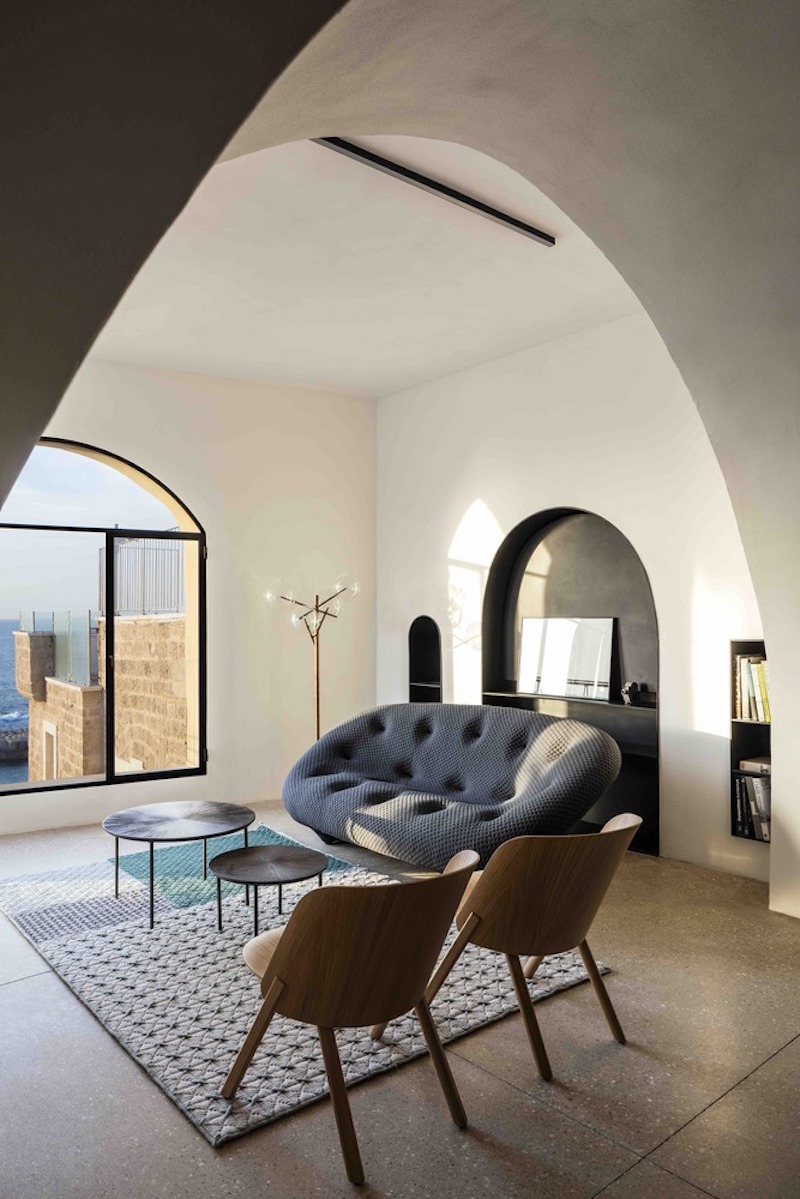 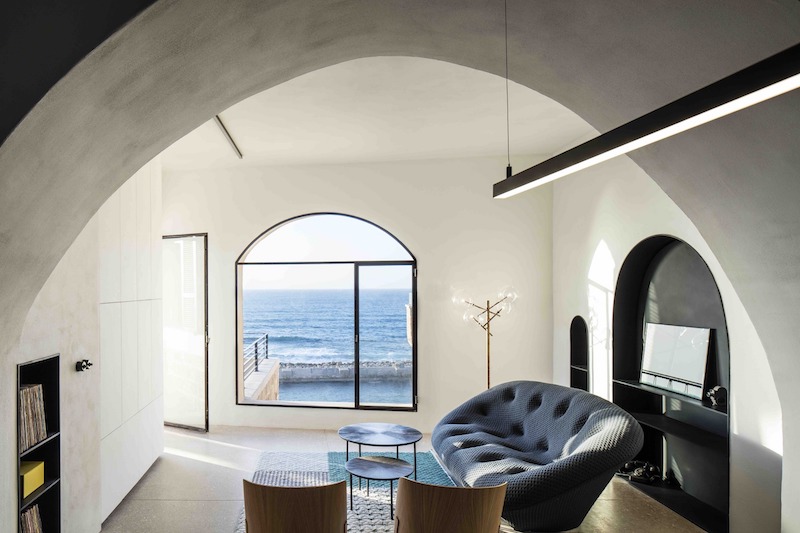 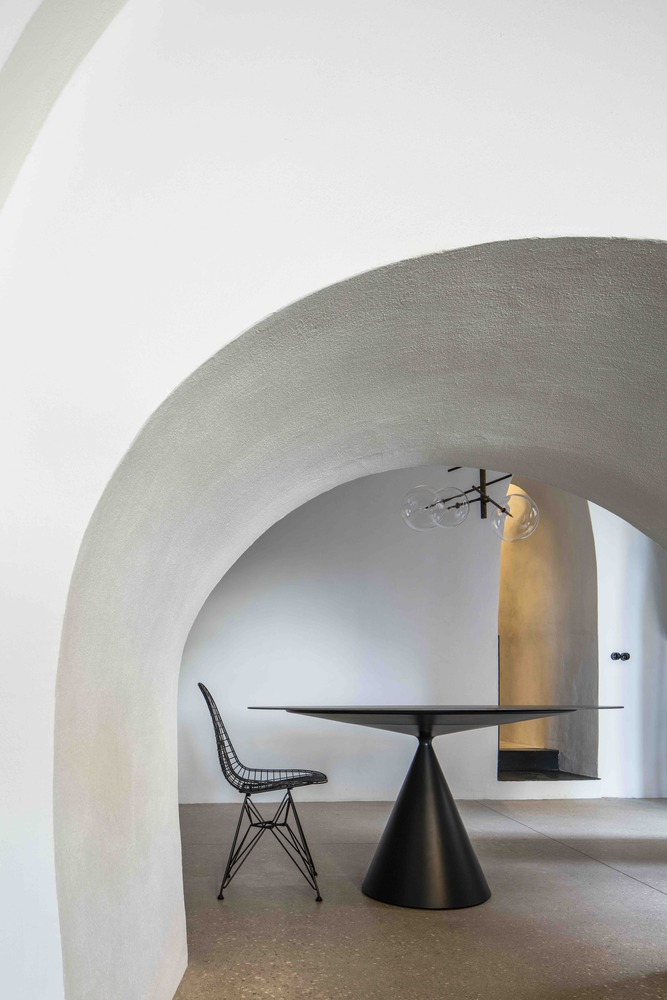 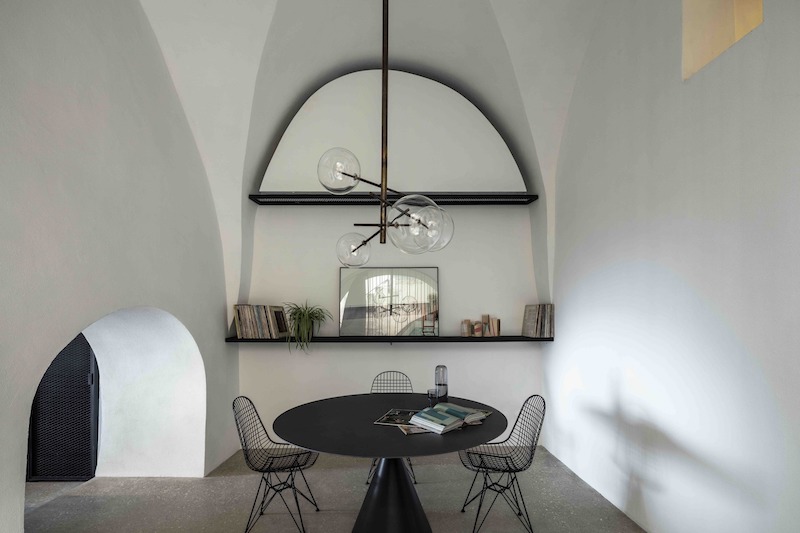 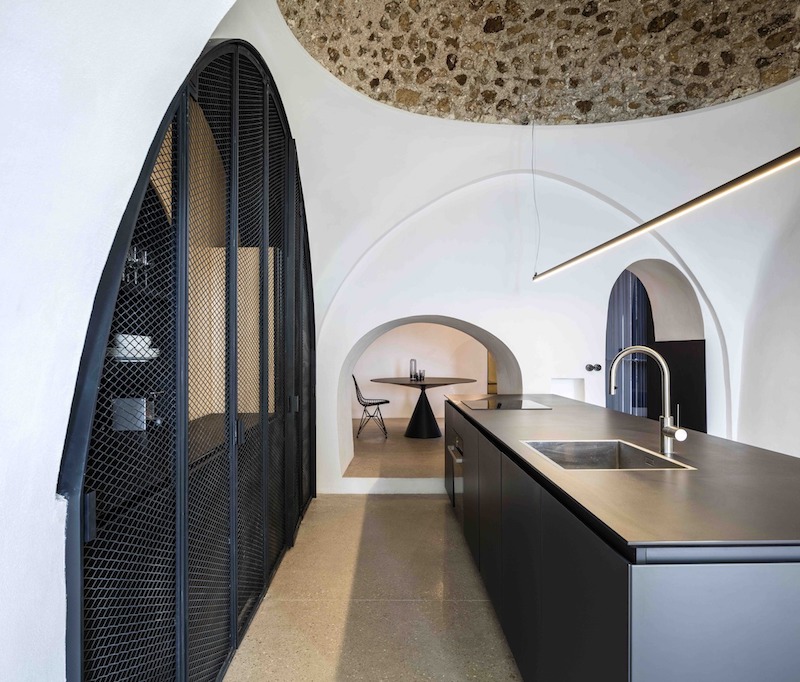 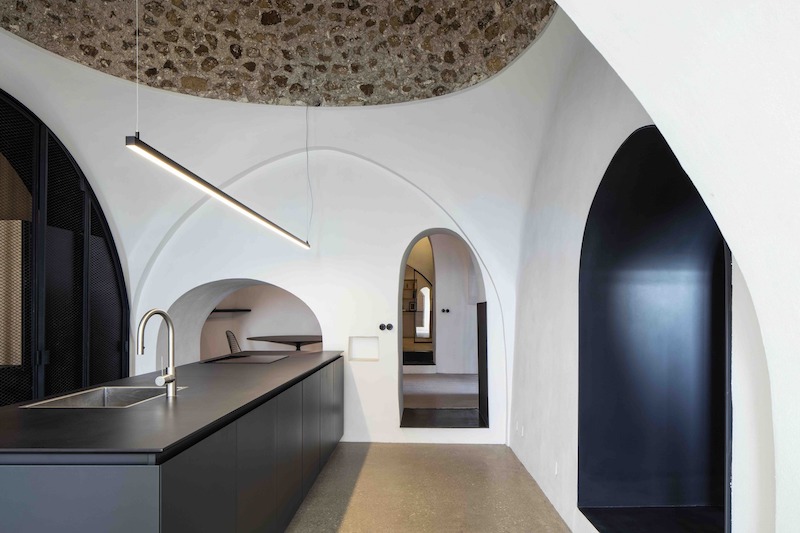 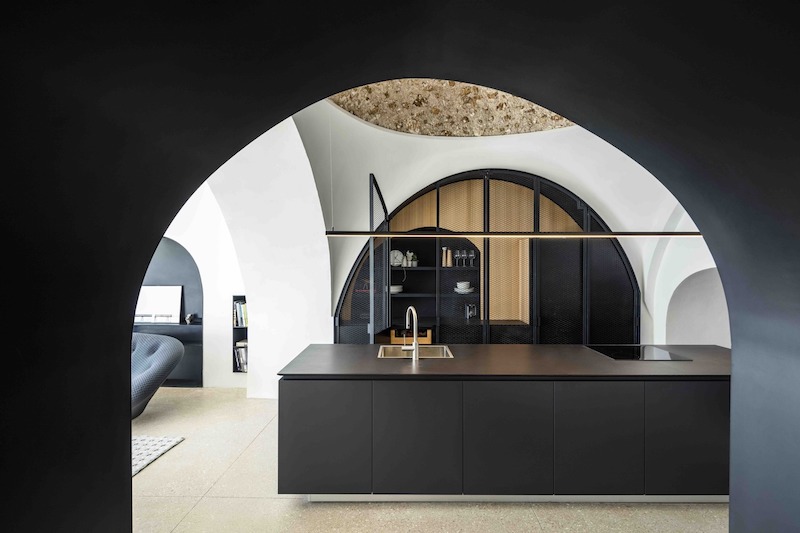 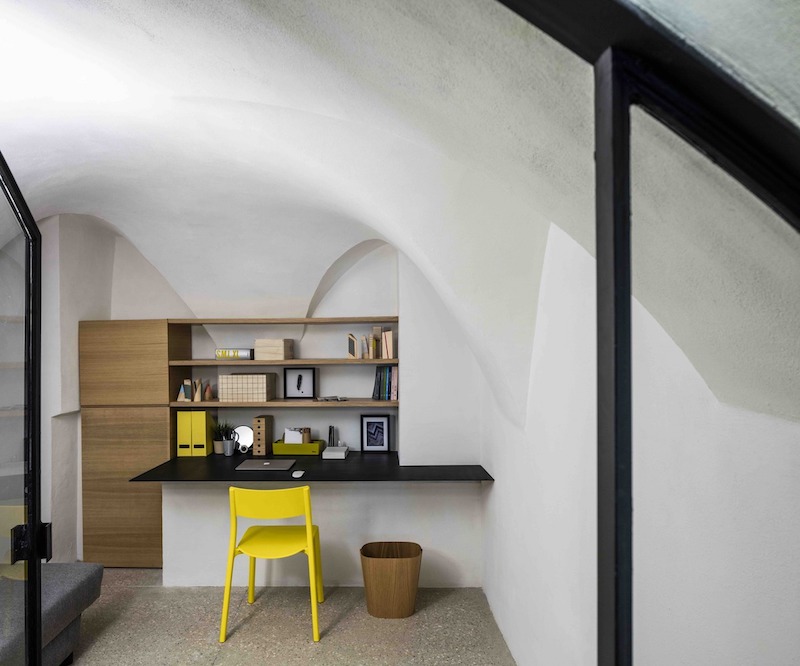 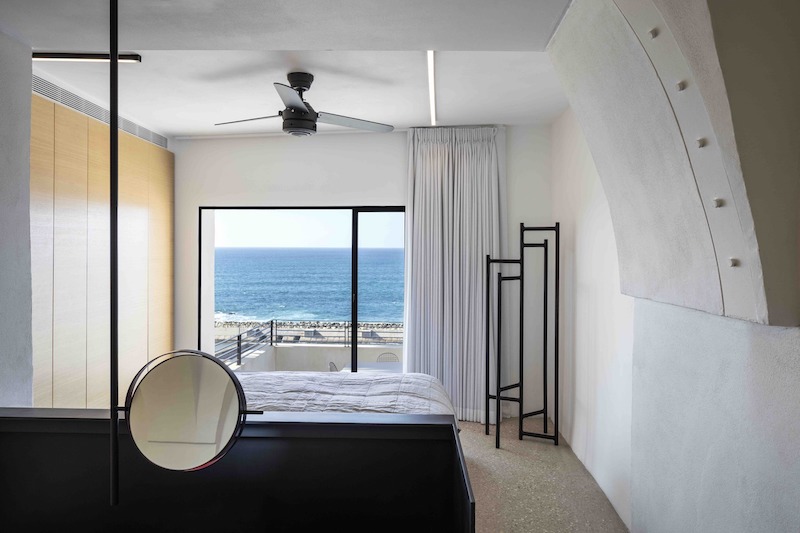 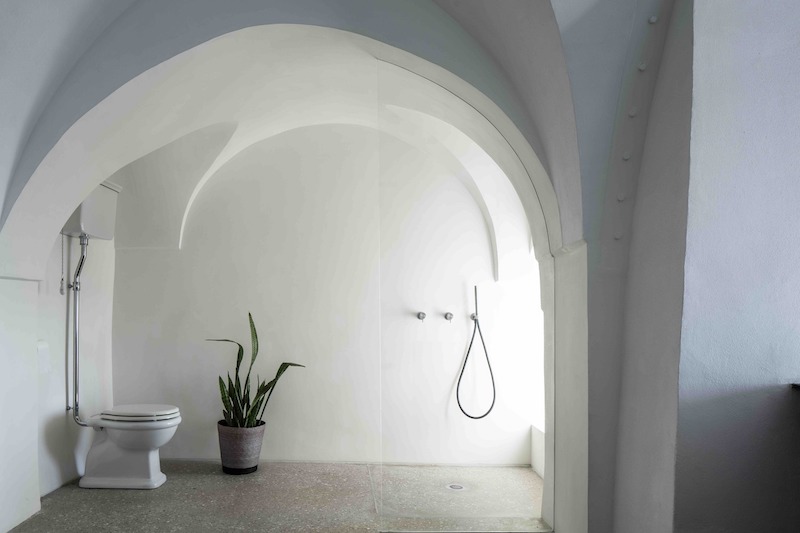 Located in Jaffa, Israel, this apartment is very old and you can tell that just by looking at it from the outside. Its design and structure are reminiscent of a cave because of all the domed ceilings, vaults and archways. Over the years, it’s been renovated and refurbished several times. In 2017 the latest renovation took place. It was a project completed by Pitsou Kedem Architects.

The apartment has a total surface of 100 square meters and you can instantly tell that there’s something special about it even before entering. It has this unusual front door which basically takes up less than half of a large archway entrance. You can actually see inside the apartment which is a bit odd but at the same time intriguing and memorable.

One of the things the architects focused on during the refurbishment was the transition between the spaces. They wanted to give the apartment a unified look and in order to do that they had to level the floor to get rid of the height differences between the rooms. Of course, this meant that some of the archways became smaller but that’s what makes the interior design special.

The dining area can be seen from outside. It’s this small and cozy spaces, between the kitchen and the living room. It has open shelves, a small round table and sleek and classic wire chairs. The pendant lamp that hangs above the table is both chic and modern.

The kitchen feels a lot larger and more open thanks to its high ceiling. There’s also something else about the ceiling that’s worth mentioning. The architects managed to uncover the dome by getting rid of all the layers of plaster that were hiding it until then. They also removed the ceiling ornaments from all the spaces.

Of course, the apartment wouldn’t be as charming and as beautiful as it is now if it didn’t offer such beautiful views of the sea. They can be admired from all the spaces, including the bedroom which has this large arched window facing the bed. Even the shower platform in the bathroom is facing the sea.