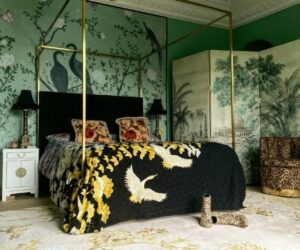 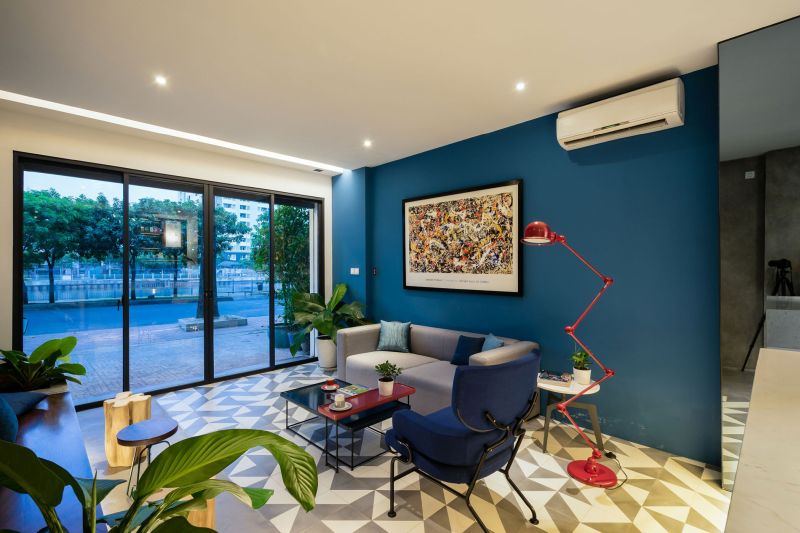 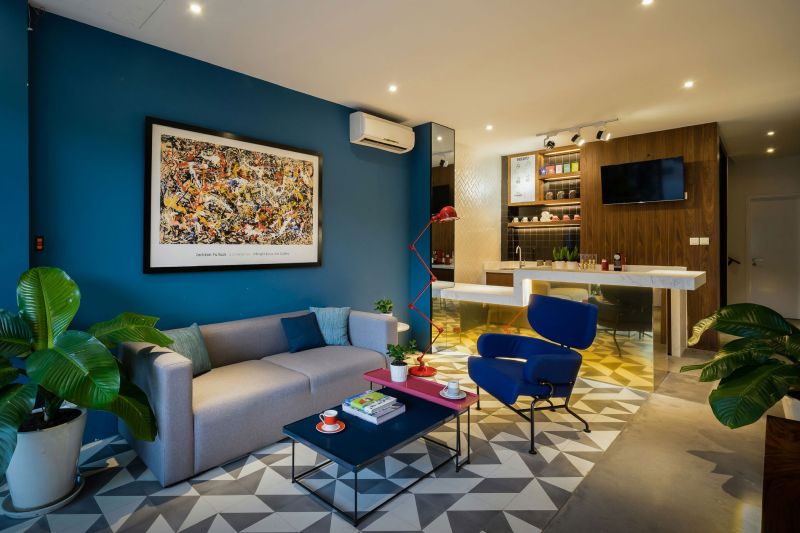 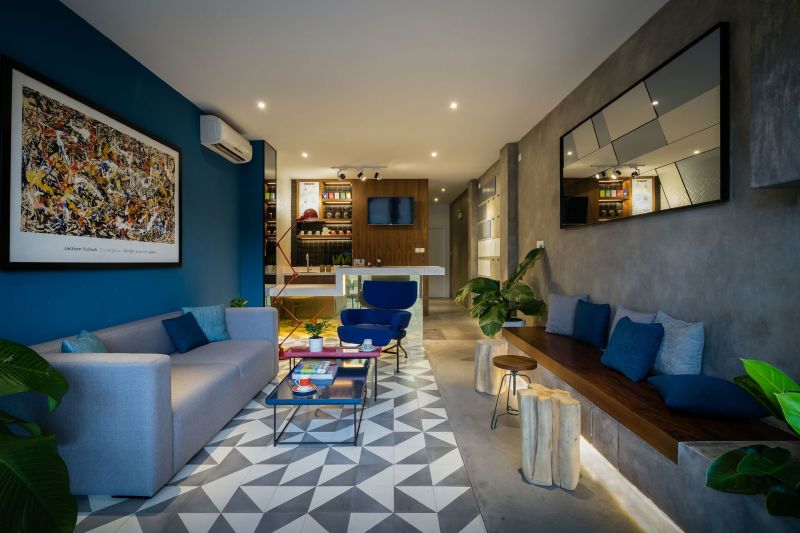 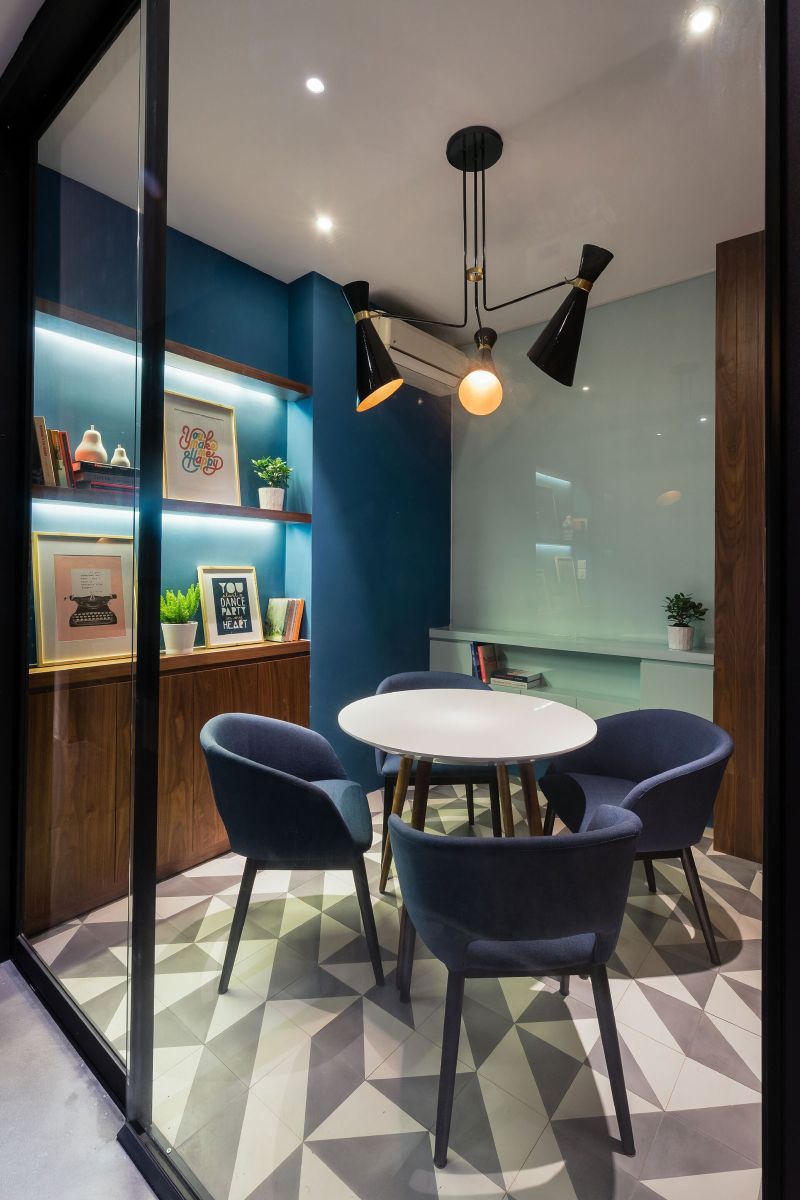 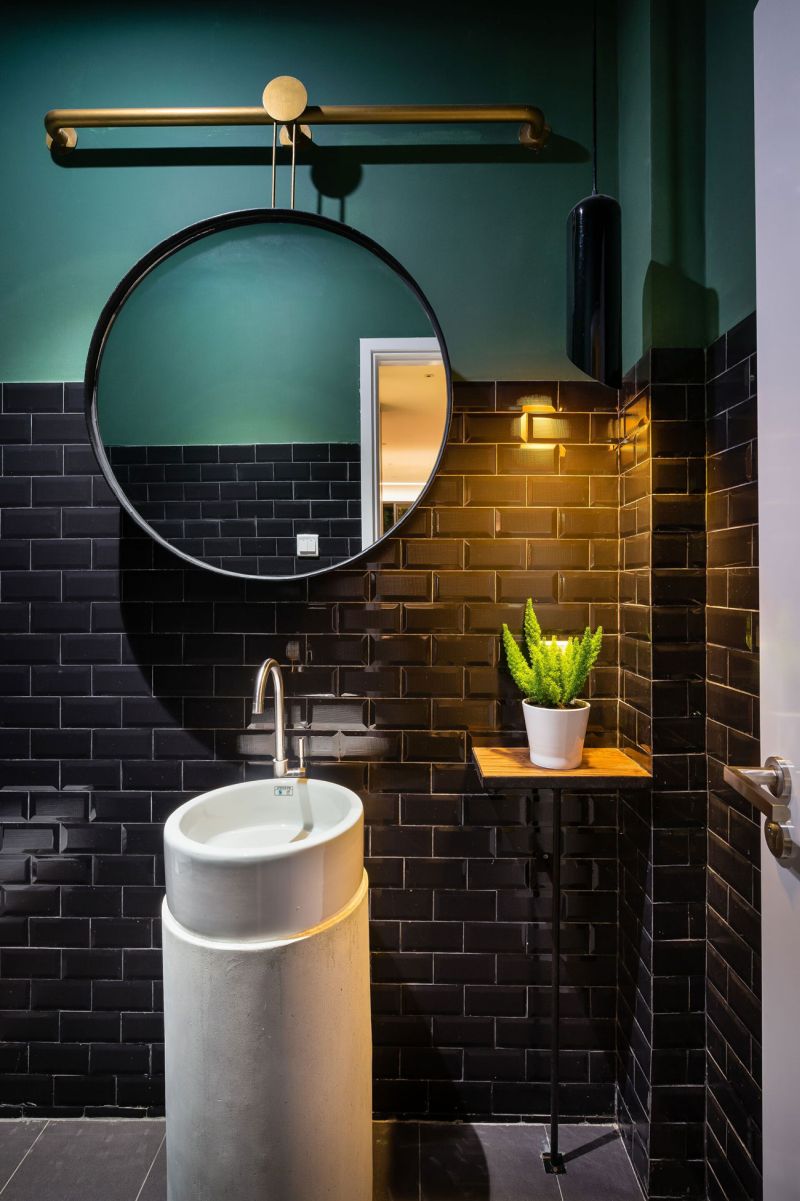 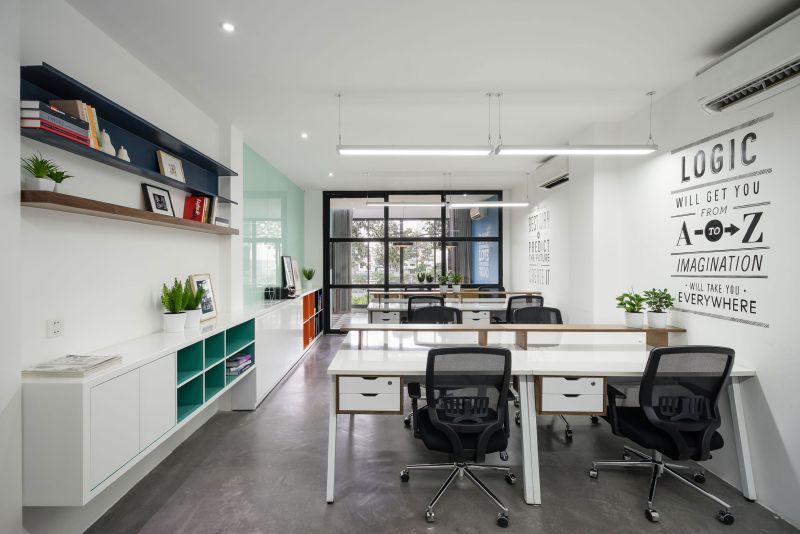 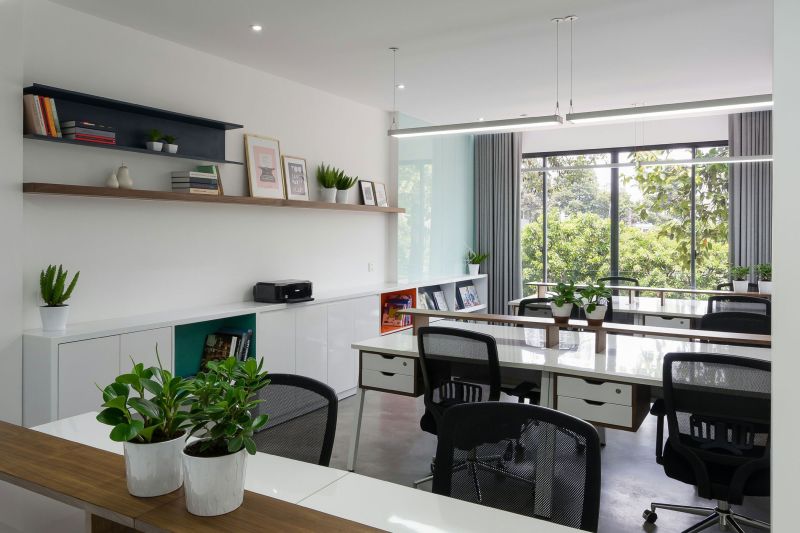 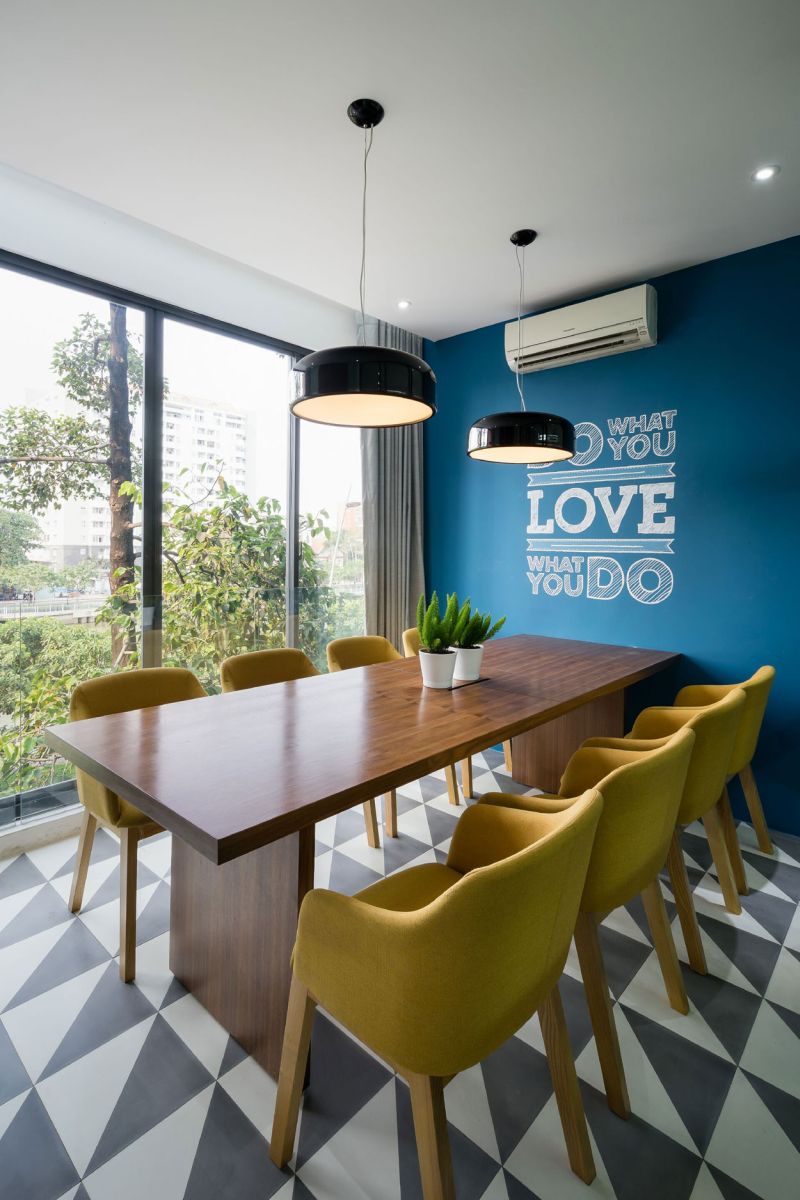 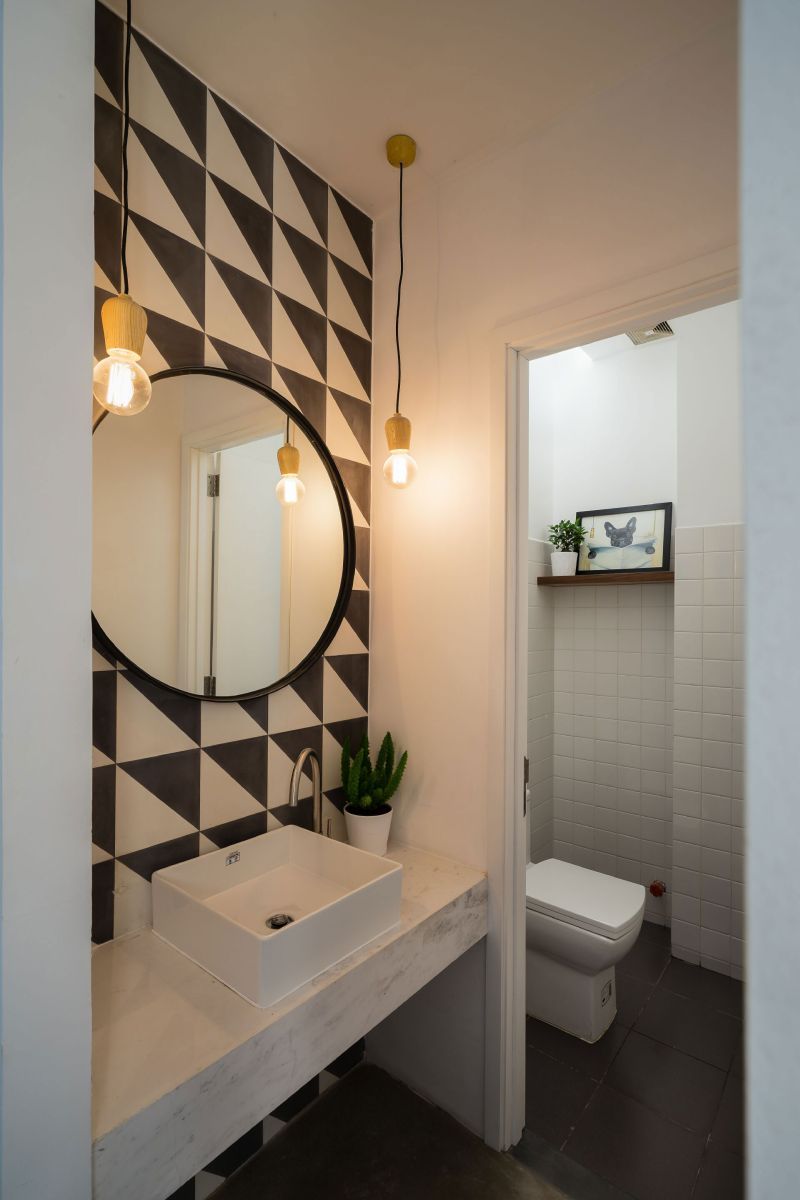 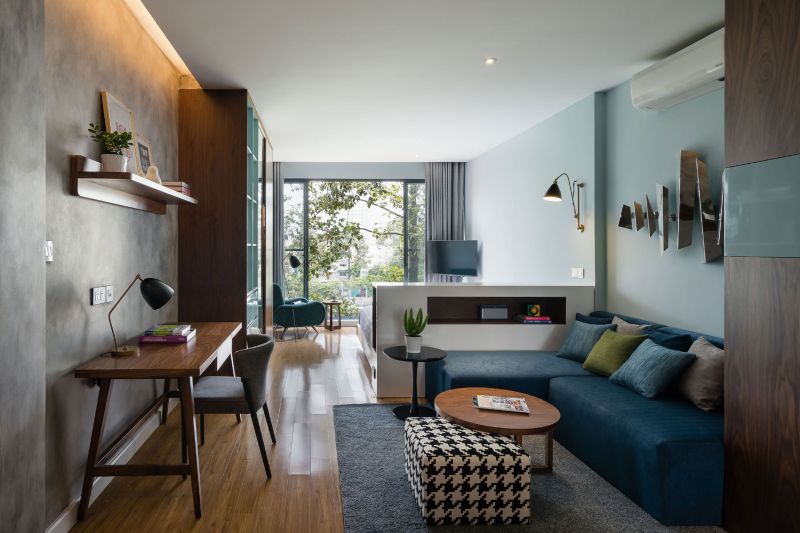 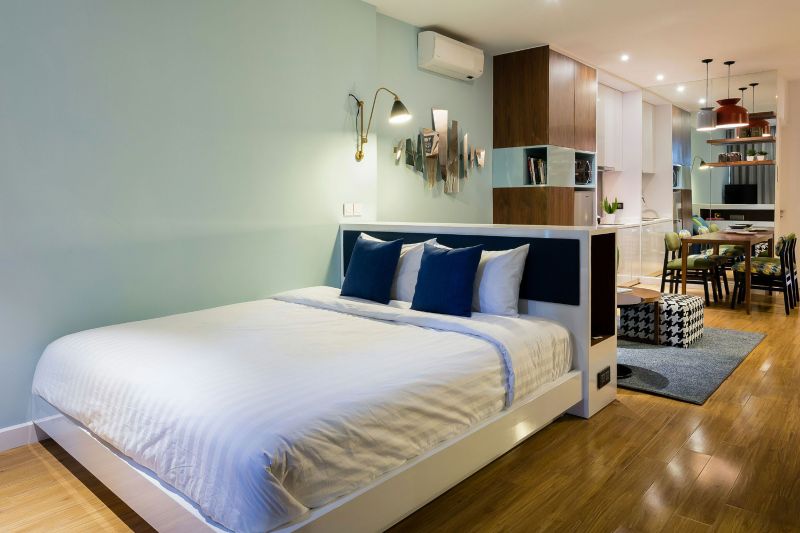 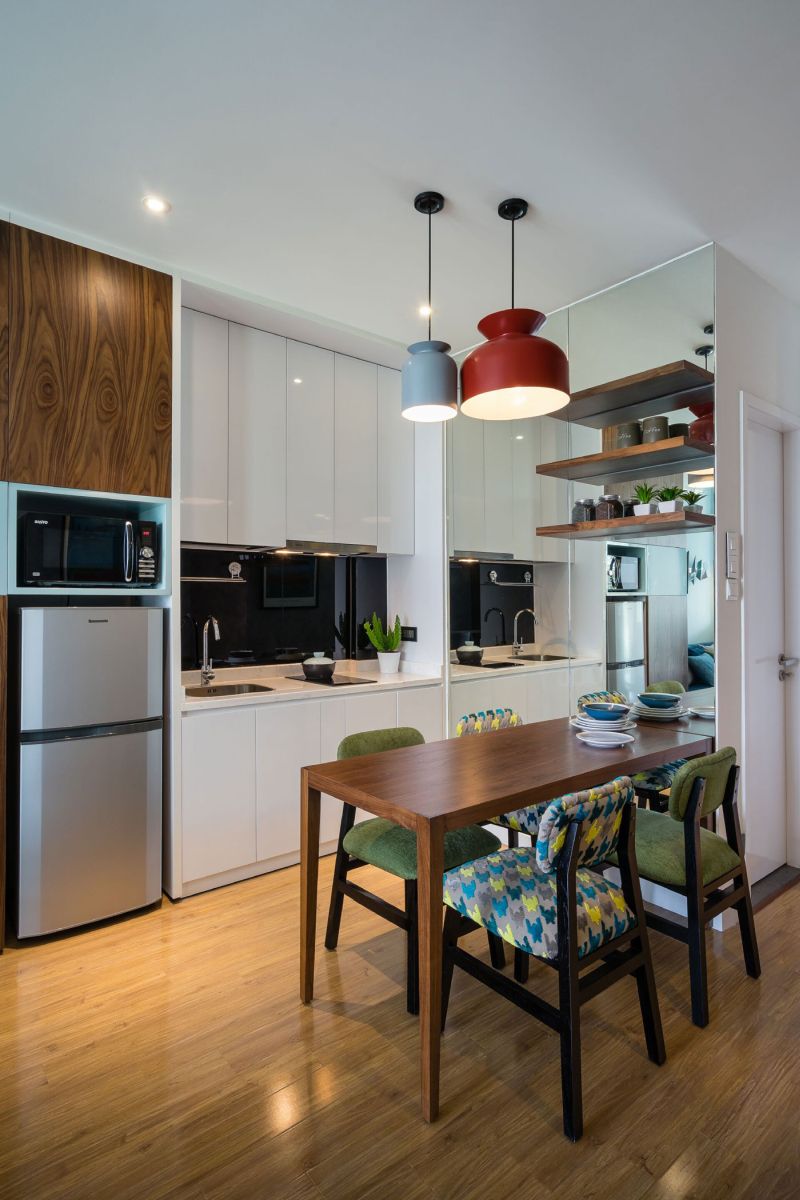 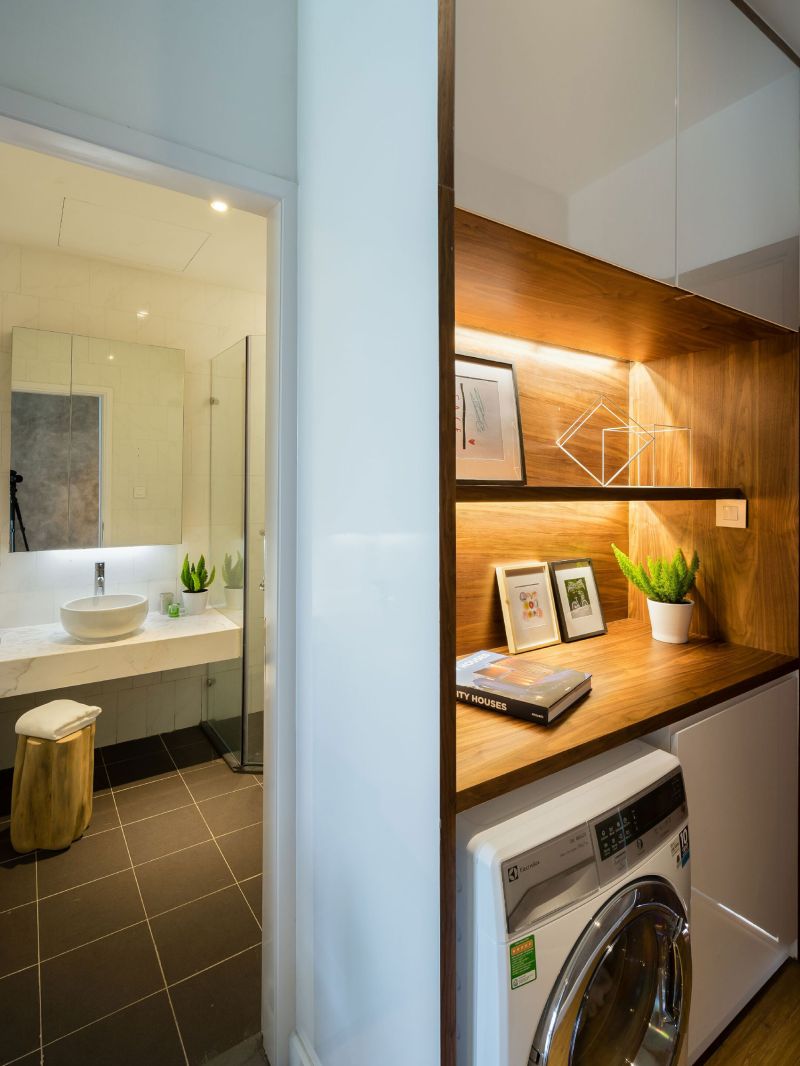 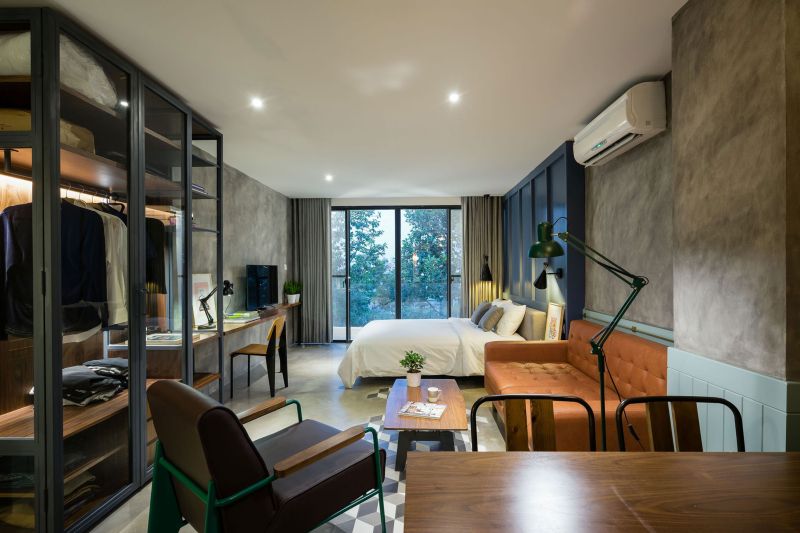 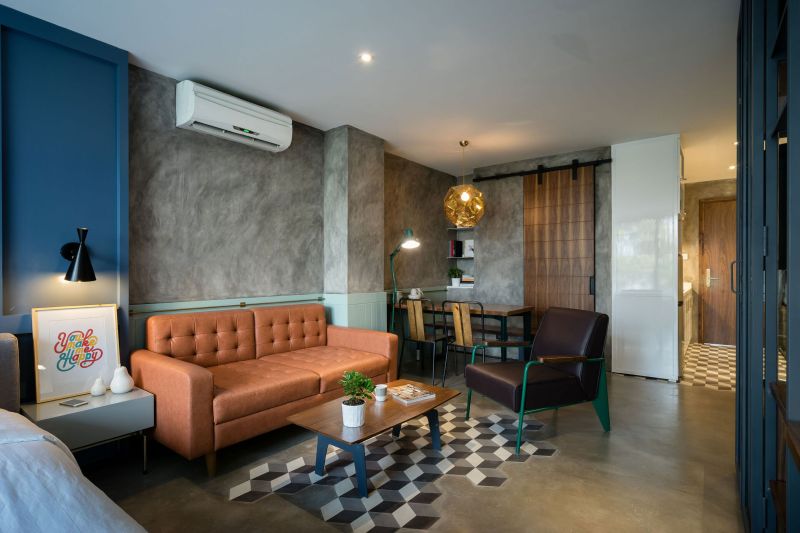 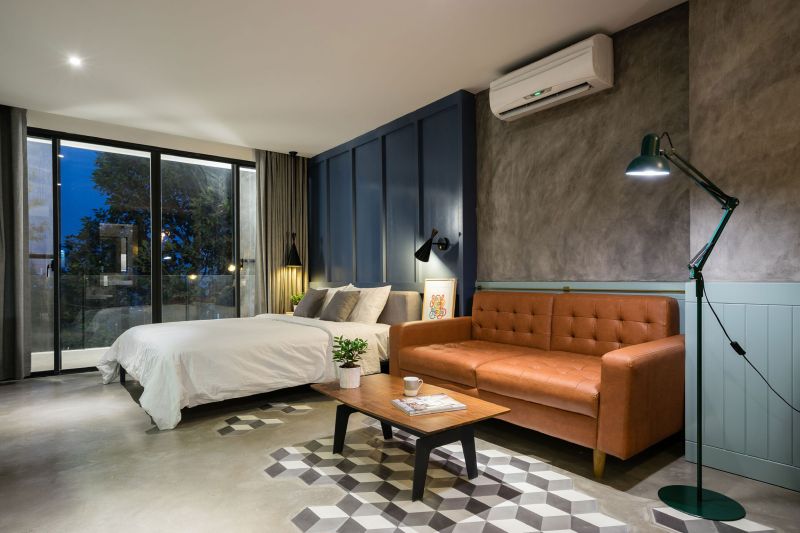 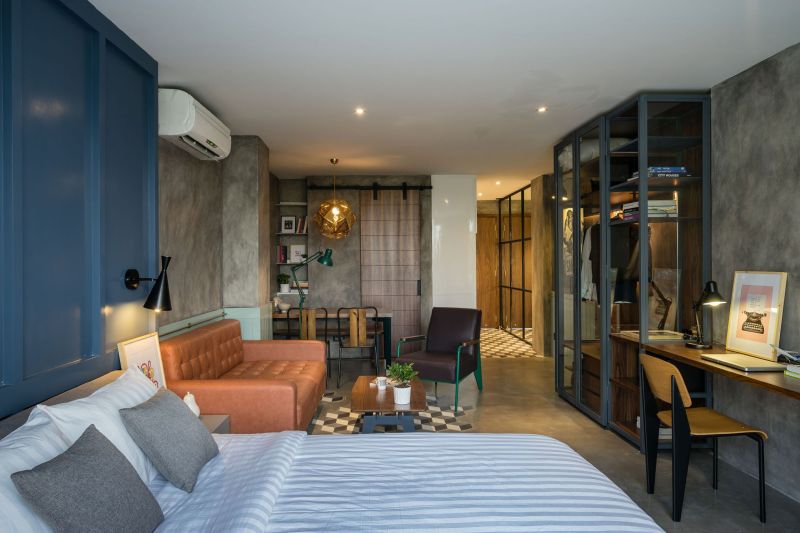 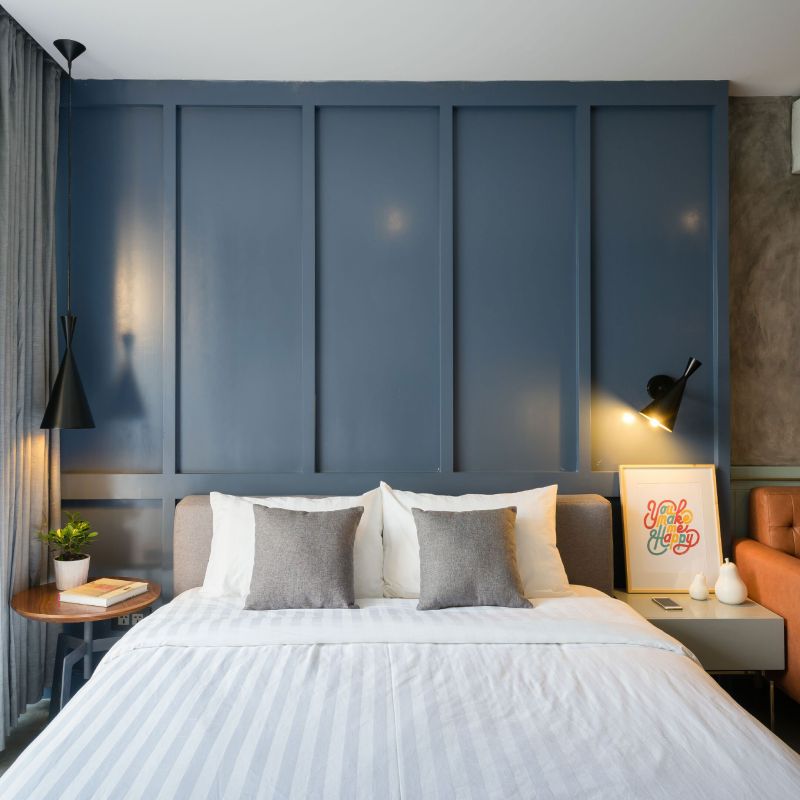 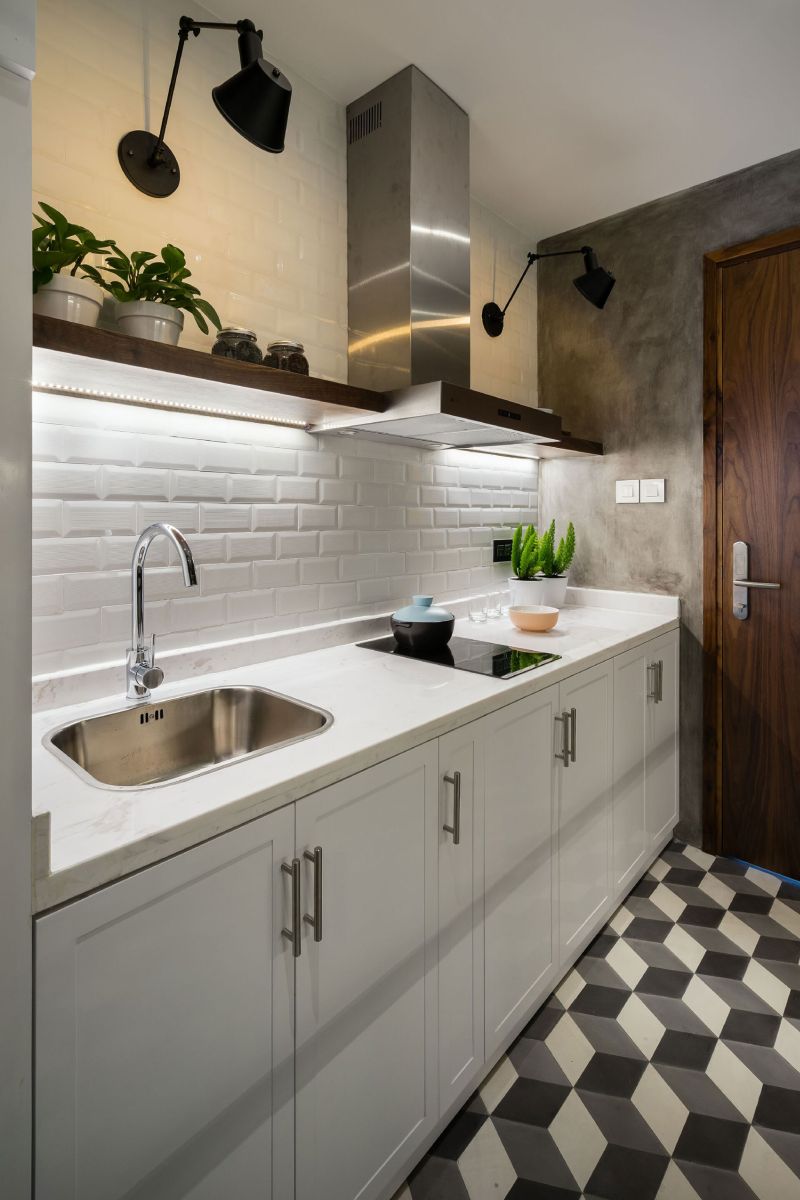 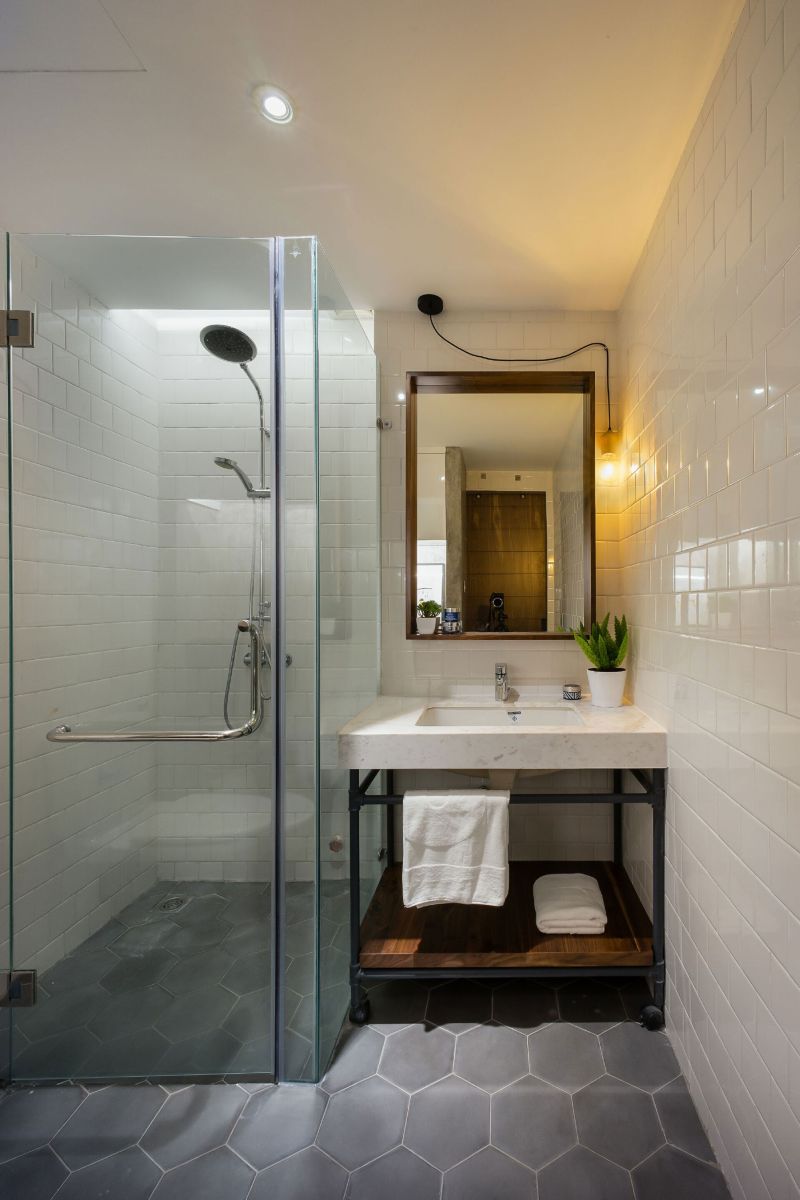 The building which houses these stylish apartments is a project that comes as a response to the demand for more offices and living places in the Ho Chi Ming City of Vietnam, an element caused by the dramatic evolution of businesses in the area. The project was developed by GEMA, a company that believes in the close connection between architect and client and sees architecture as a team process which the architect being the interpreter of the client’s needs.

The project was completed in 2016 and was named Pepper House. Its role is to offer a place to work and stay to local businesses. As a result, the building had to be structured accordingly. It has a total of 5 floors organized in three distinct zones.

The first floor contains the reception area and a coffee shop. The second and third floor contain work spaces and the fourth and fifth levels are occupied by high-end apartment units. This division is practical and beneficial for everyone using the building in one way or another.

The building is placed in front of a small park and has plenty of greenery around it. It sits next to the city’s largest zoo and to the botanical gardens. Also, it faces the Thi Nghe canal and its small marina. This combination of factors inspired the architects to design the building with a glazed facade of windows in order to let the interior capture the views and make the most of the surroundings.

The smallest apartment unit measures 40 square meters across. There are two such units and they are both beautiful. They feature design elements such as deep blue walls, gray accents and geometric mosaic flooring.

These two small apartments are designed as open spaces, with the social area and kitchen being organized in an L shape. Despite the small dimensions, all the rooms feel airy and spacious. The bathrooms are a nice example of how a small space can look chic and stylish without feeling cramped.

The apartment interior situated on the fourth floor is defined by light blue walls, wooden flooring and an overall open and soothing ambiance. There’s a really nice balance between warm and cool tones and between all the materials and finishes used throughout.

Walnut furniture adds a warm touch to the spaces, contrasting with the overall light chromatic palette. An interesting detail is the headboard which separates the unit into two zones. One is the sleeping area and the second is the social space. By eliminating the wall between the spaces, the designers gave the apartment a more fluid and spacious feel throughout.

The apartment in the fifth floor is a little bit different from a variety of perspectives. The color palette is composed of deep and darker tones and the interior as a whole is a mixture of retro and modern elements with a little bit of industrial flair.

Here, the floors are polished concrete and the walls embrace a raw and unfinished look. They are complemented by touches of light brown and smokey blue. The chromatic palette is made up of cool tones and concrete and steel are the two main materials that define the interior. A closet featuring an iron frame and glass doors and panels seems to be the focal point of the bedroom.

It’s now clear that each apartment unit has its own unique style, being modeled after the user and in response to the client’s needs and preferences. Even though there’s no clear cohesion between the apartments, they all share in common a luxurious look and a distinctively elegant appearance highlighted by the selection of colors, materials and finishes.