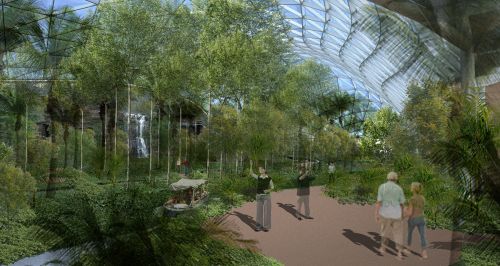 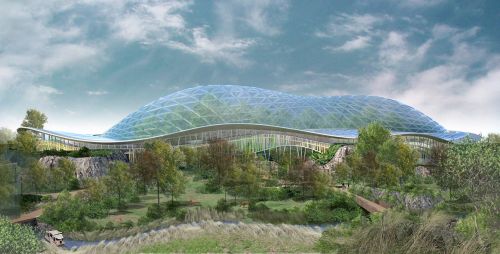 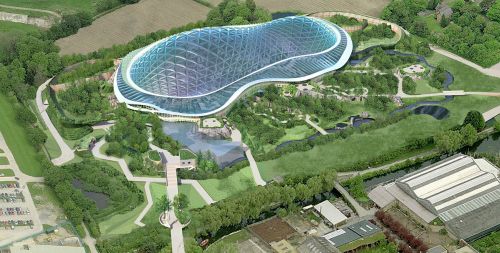 With the help of modern engineering design and technology, anything will be possible, including the integration of a landscape in a continent into another continent. The idea of such will soon be made reality in Chester Zoo of England, which the project is known as the “Heart of Africa”.

To make the rainforest complete, the animals and plants will be directly imported in from Congo. The animals planned to be in the biodome are chimpanzees, gorillas, and many other living creatures like reptiles, birds, fish and amphibians from Congo rainforest.

In fact, the dome will be opened to all visitors as early as 2014 with the water ride going through and around the biodome, making this amazing integration of foreign environmental habitat visible in all directions. It will be in fact expected to be the largest animal and conservation attraction in Europe.