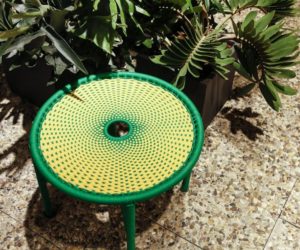 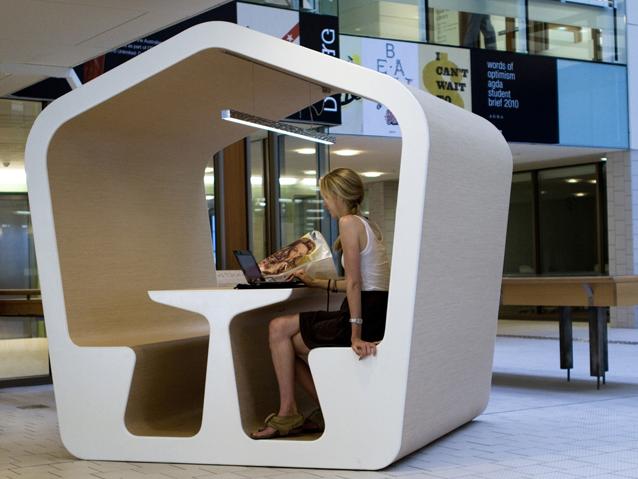 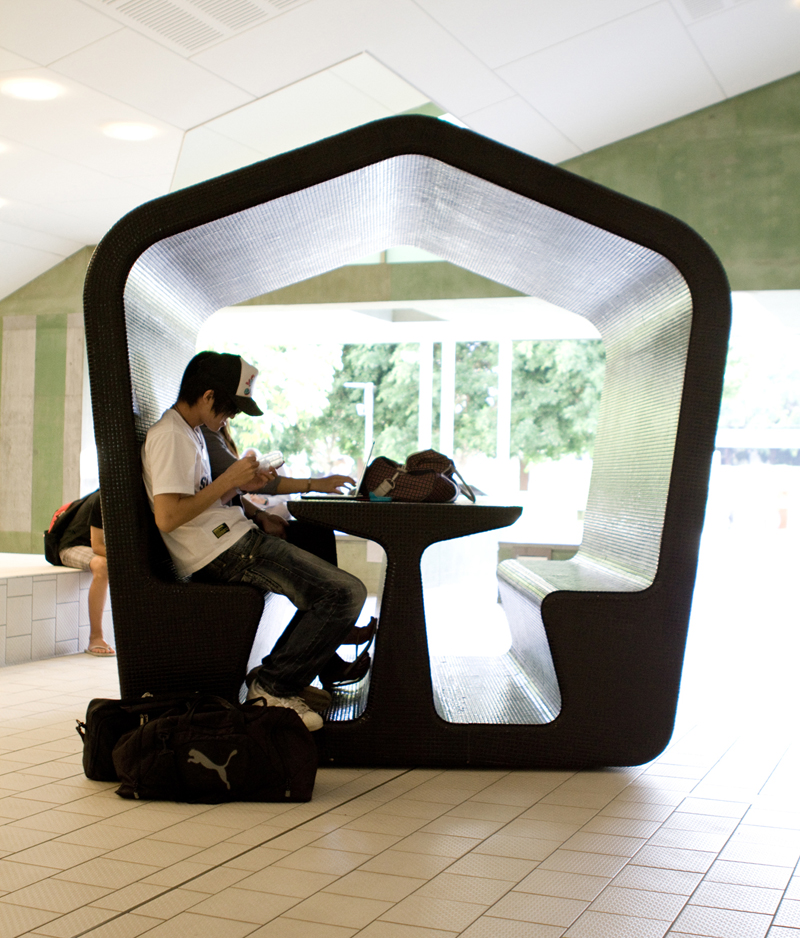 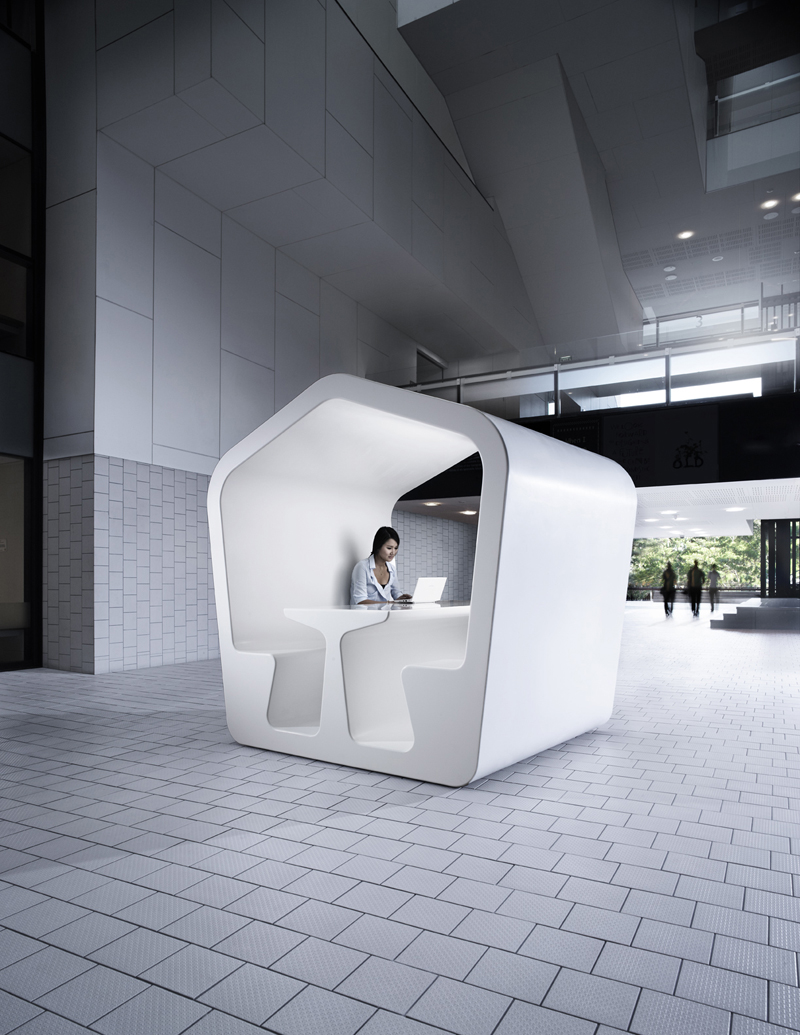 Designers, just like all the other artists have different sources of inspiration for their works, some of them being absolutely fascinating and having apparently no connection with the thing they inspired. So is the case with this incredible project called “Haus” meaning “house”, of course, that was designed for Derlot, an Australian company.

This is a kind of portable house that is made for cosy talks with your friends and loved ones, a kind of cubicle that is offering you intimacy within the huge space of a restaurant or a hotel lobby or a Mall. This is the Haus project and I love the design, as it seems like an open house with two benches opposite each other a a small table in the middle.

The designer, Alexander Lotersztain, admitted he was inspired by the kids story called “Three little pigs” where the pigs had to build houses for themselves and each house was brought down by the Big Bad Wolf. Well, these houses are not that fragile and unstable, but they are small and made for a person or two most. However, they are not meant to be inhabited permanently, but only on occasions and for a short period of time.

Here are some beautiful pictures of this “Haus” interior that were made by the art photographer Florian Groehn.