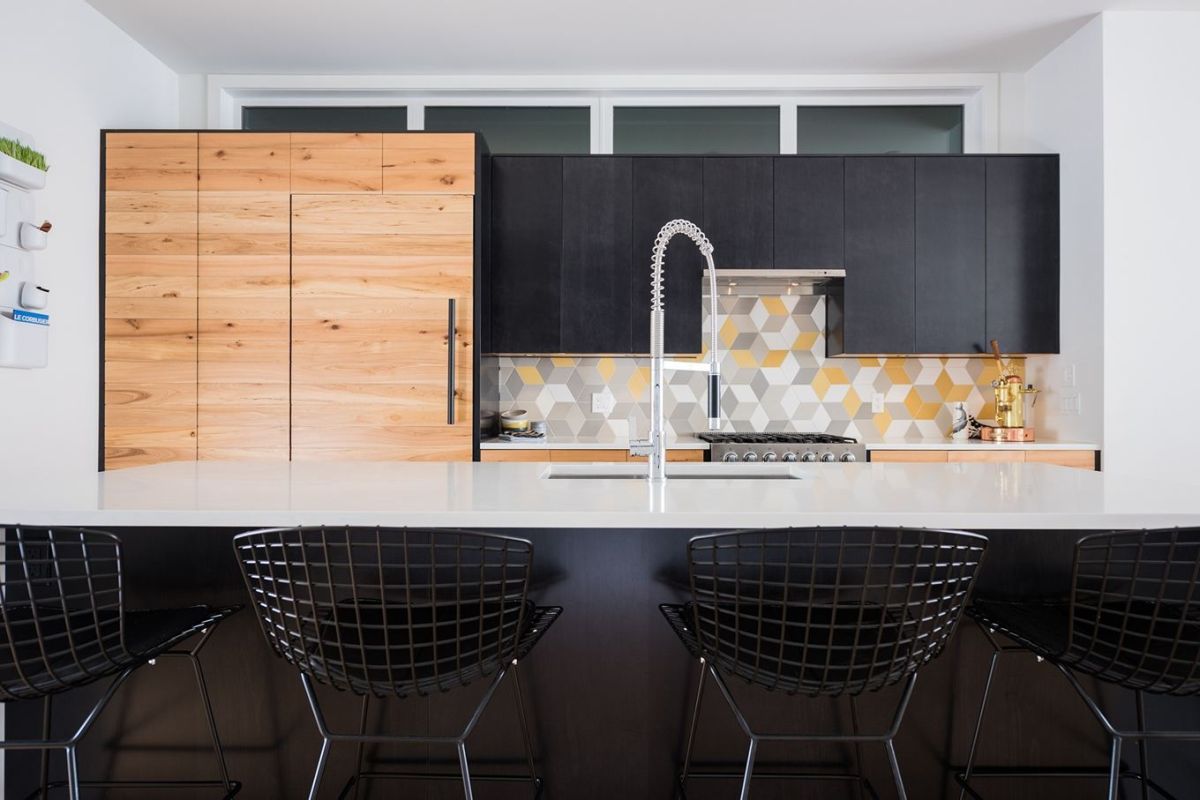 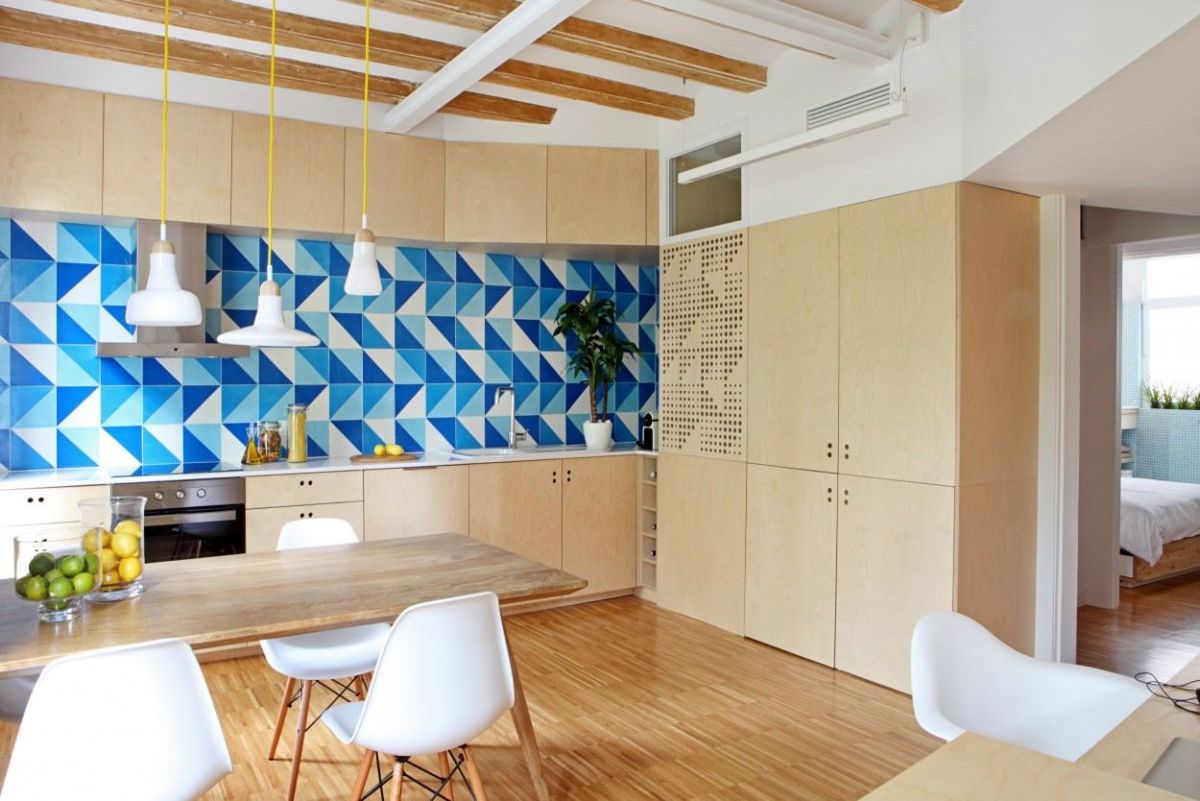 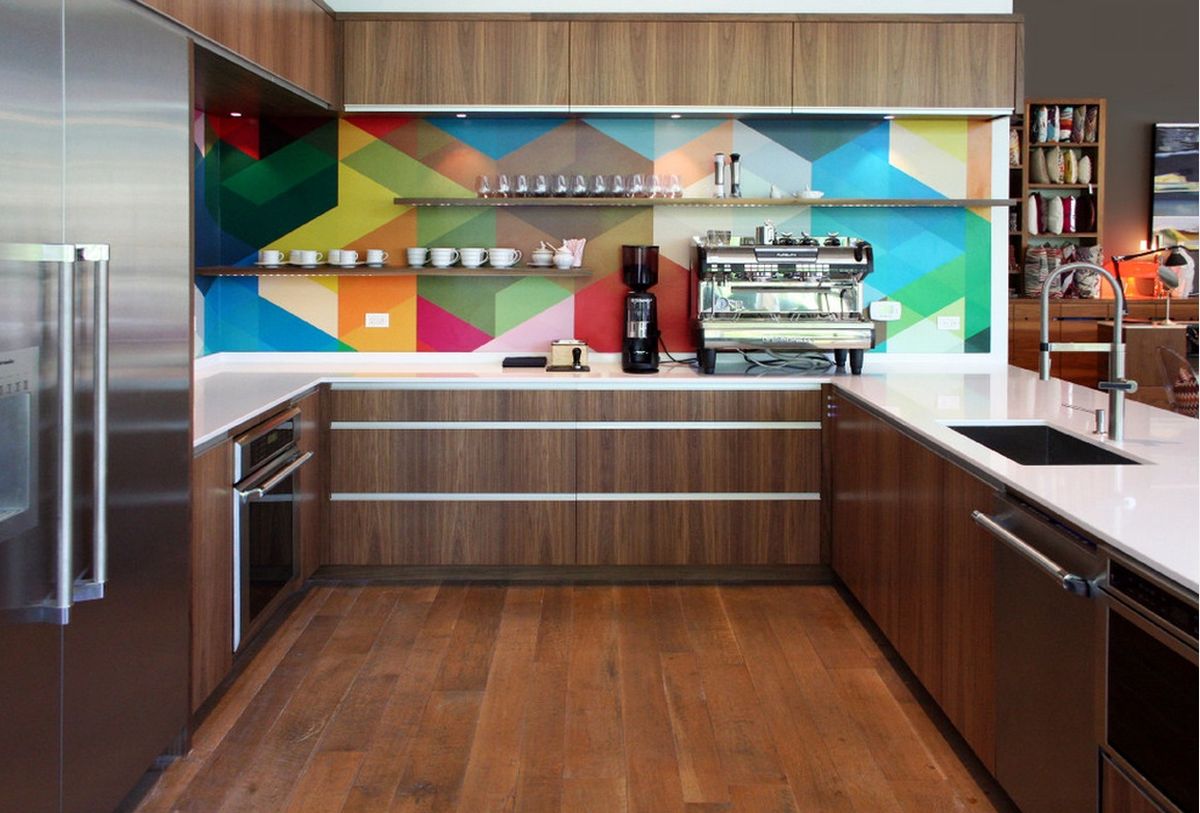 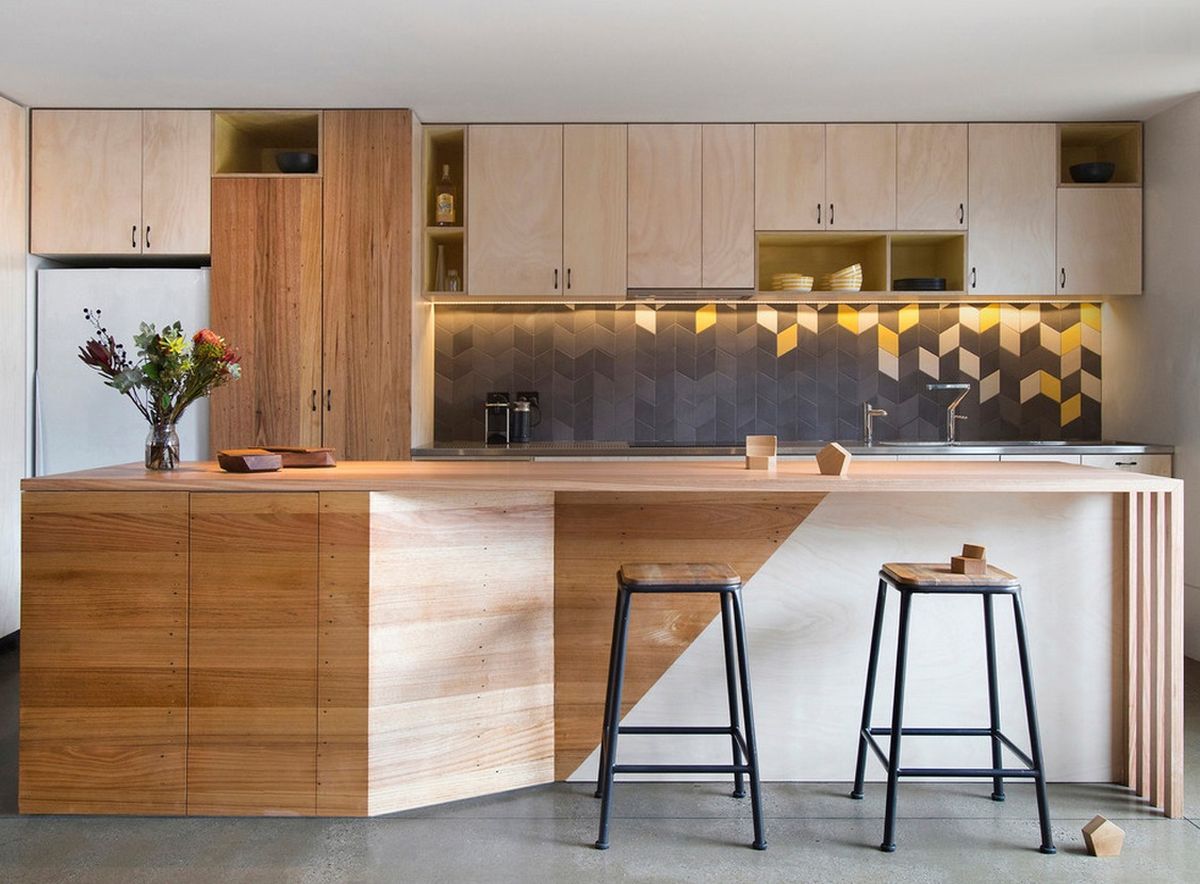 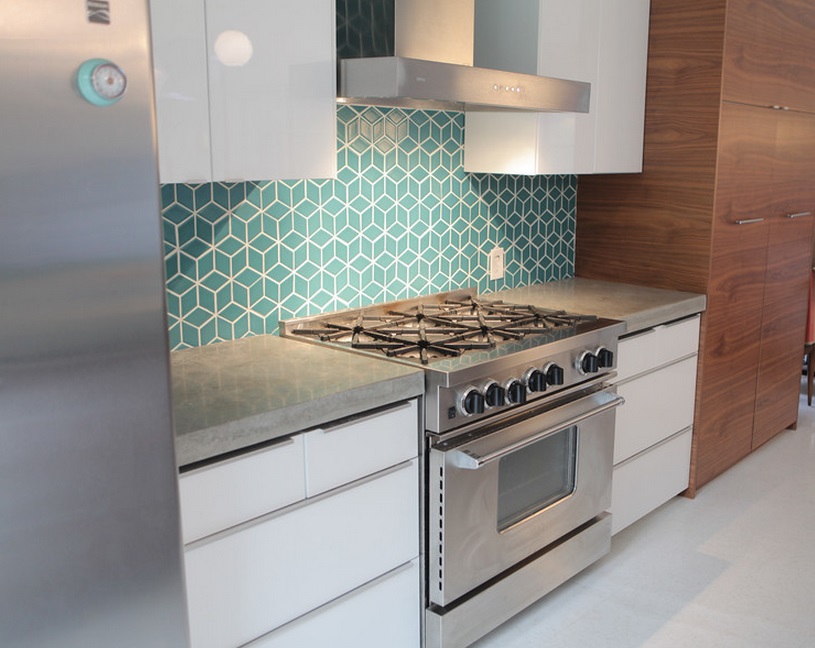 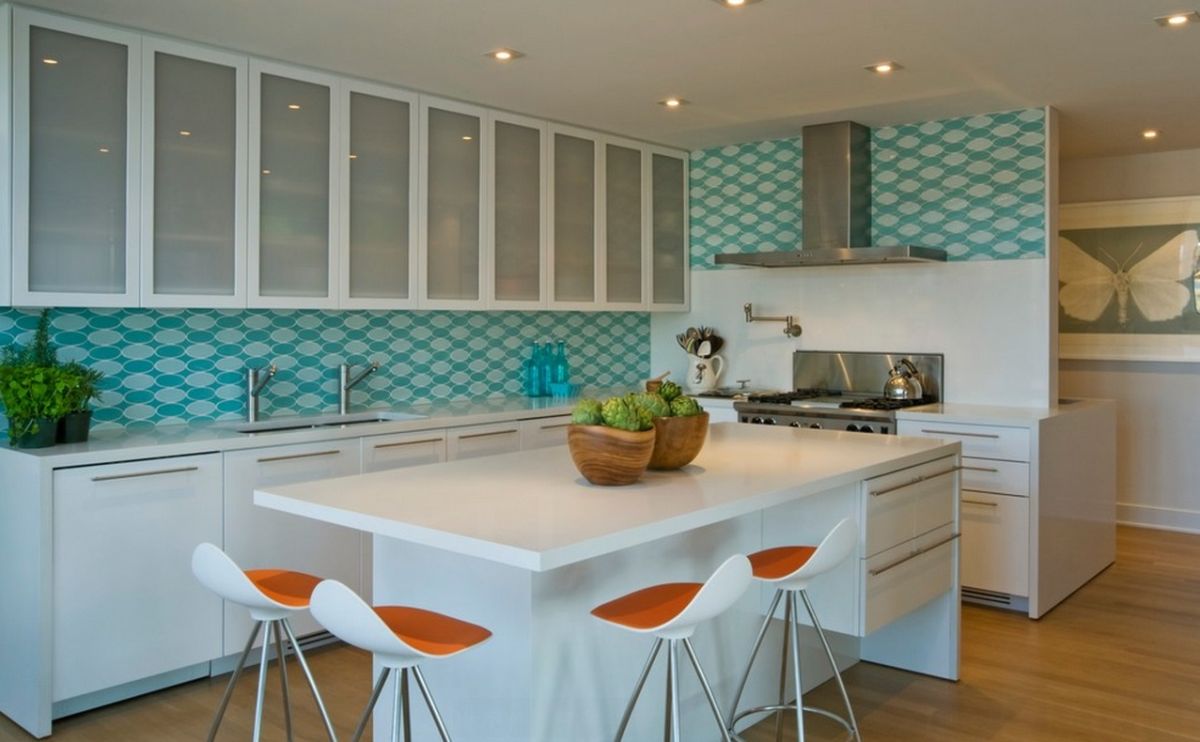 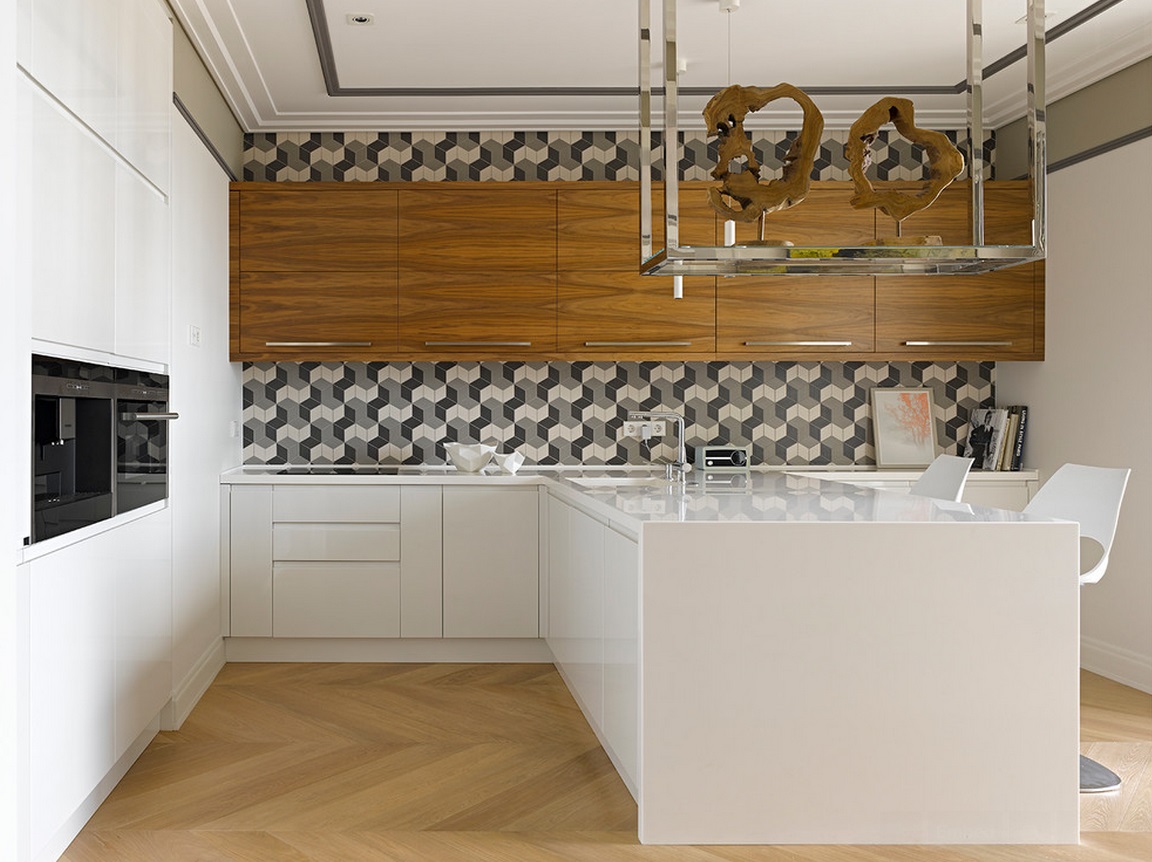 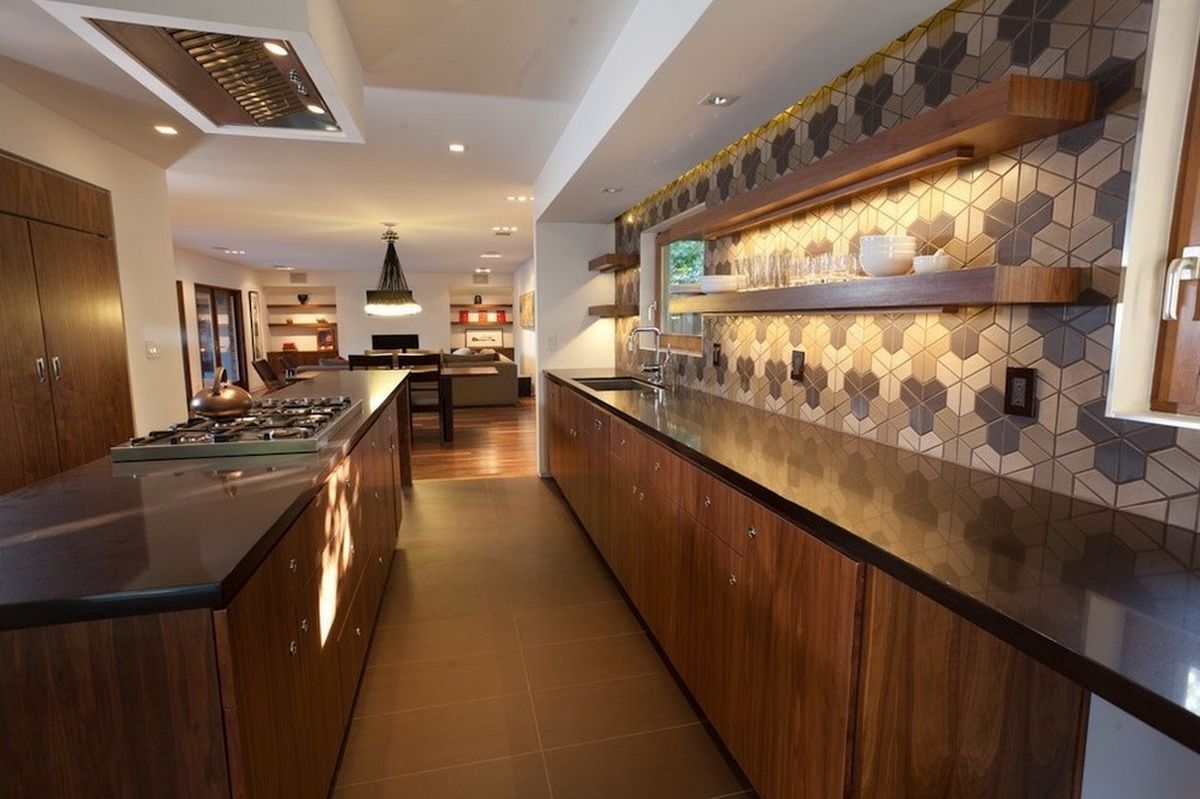 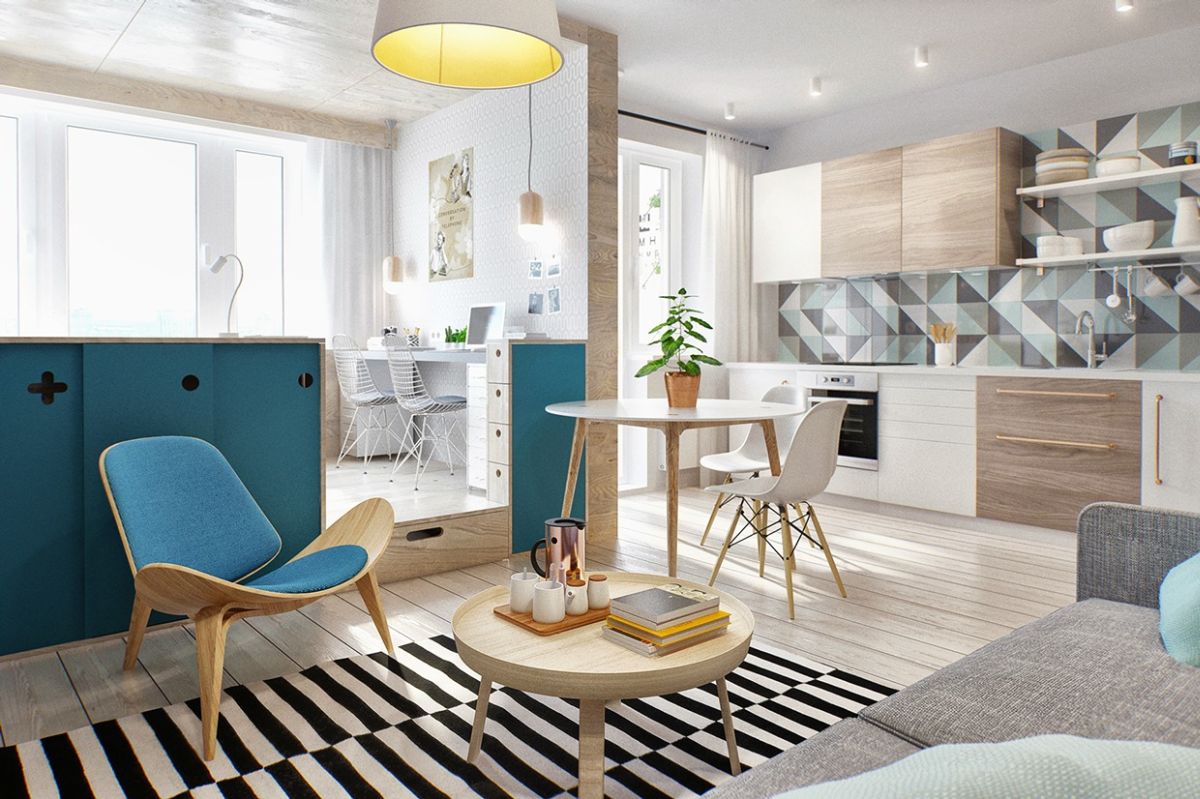 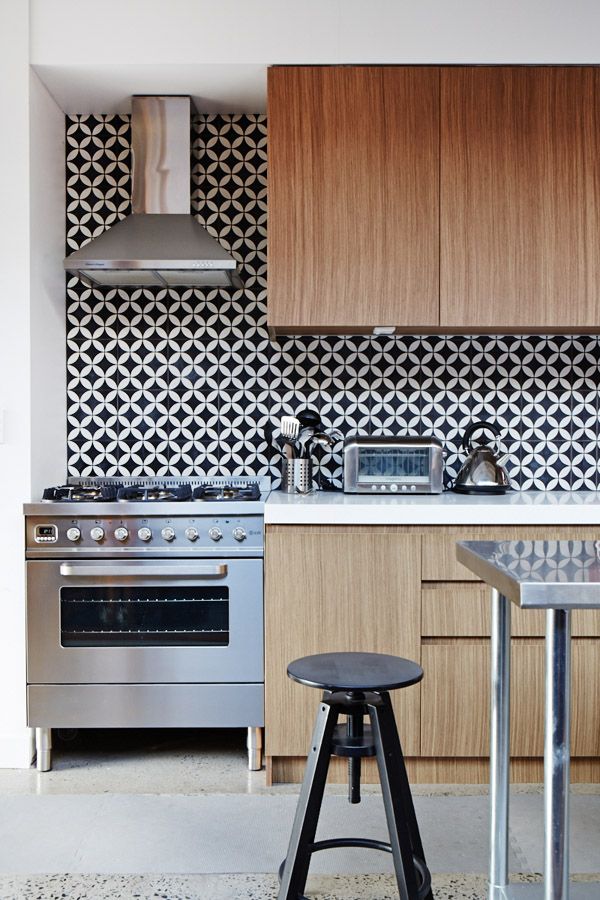 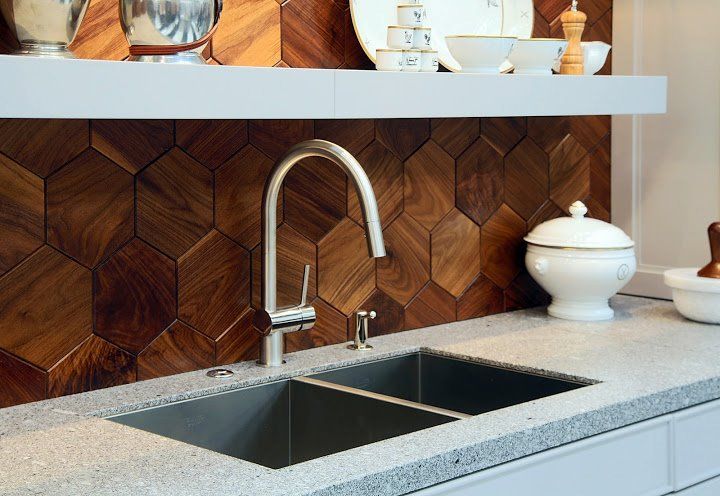 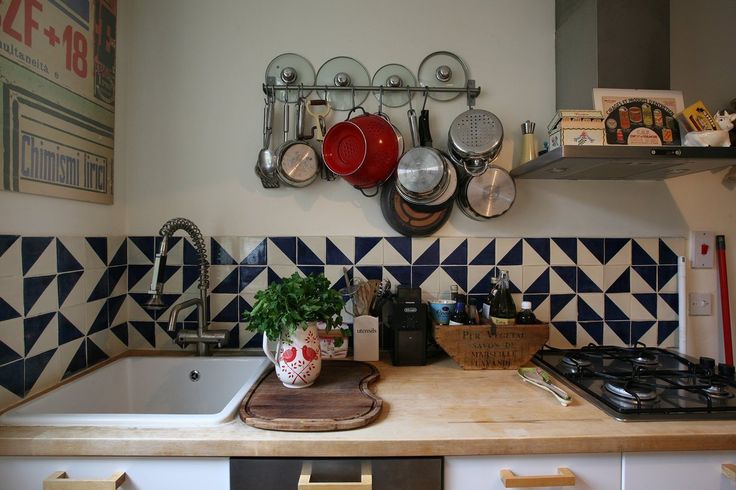 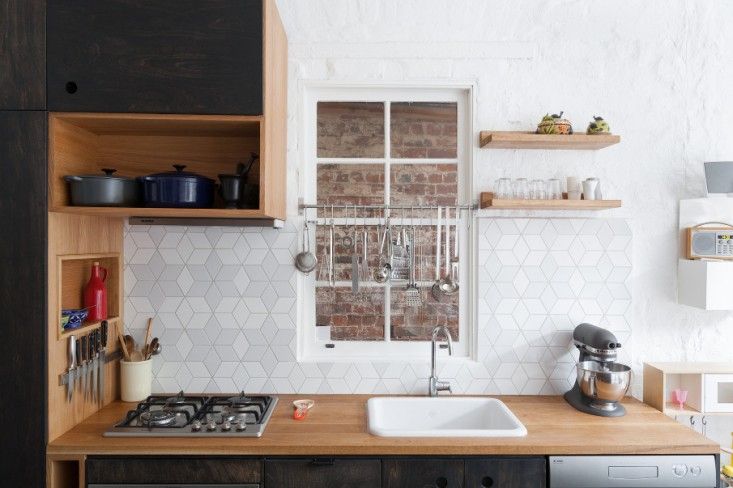 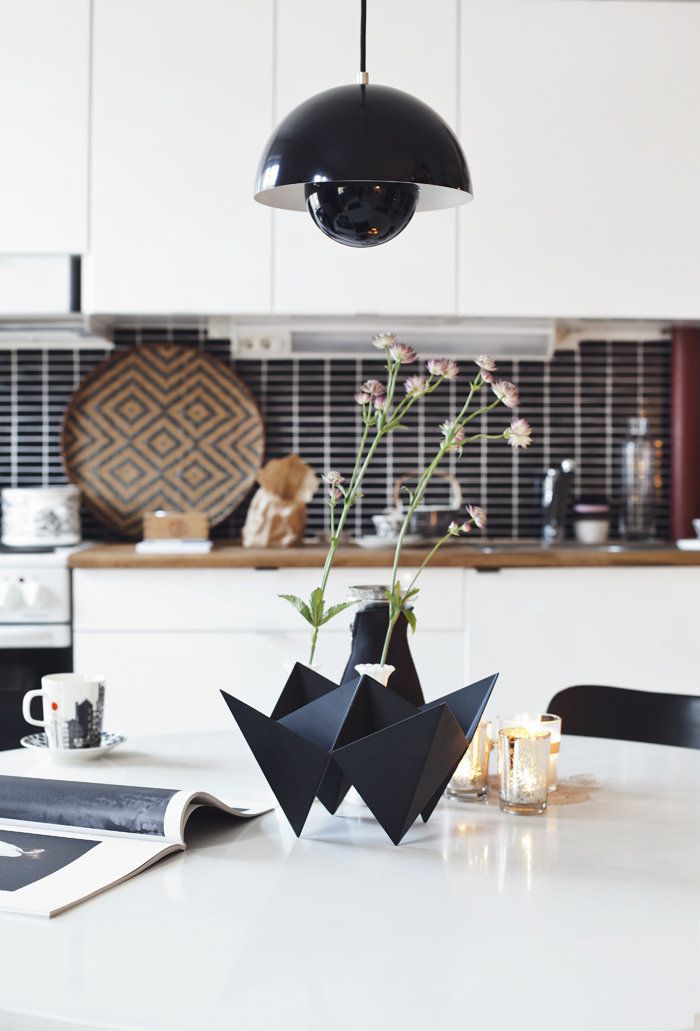 The kitchen backsplash, although it may seem simple and purely utilitarian, is actually a fascinating feature. The backsplash has a double role. On one hand, it’s there for practical reasons, protecting the wall from spills and cooking-related accidents. On the other hand, it’s a visual feature which provides us with the perfect opportunity to get creative and to try all sorts of interesting and eye-catching combinations of colors and shapes. A geometric backsplash design is only one of the many options.

Geometric designs usually suit modern and contemporary kitchens. It’s possible to combine two or more colors which define the overall décor of the space or which at least allow the design to stay cohesive. Yellow and gray form a chic combo here.{found on bbloc}.

When the kitchen is neutral and there are no other elements that stand out, the backsplash can become a welcomed source of color and pattern. A geometric design allows it to stay simple and abstract.{found on p10designstudio}.

Although typically two or three colors are enough to make a backsplash stand out, a more variate palette of colors can also be used. This design is vibrant and striking without being overpowering and the backsplash is a refreshing feature for the brown décor.{found on honeawoodworks}.

There’s no rule saying that a backsplash should have a symmetrical design. These tiles would have formed a simple herringbone design if not for the unusual twist. The apparently random placement of the yellow tiles is actually quite well planned.{found on breathe}.

But not all geometric backsplash designs are that bold and quirky. Some are a bit more traditional and this makes them more versatile and able to suit more styles. One way to give them more colorful is through color.{found on destinationeichler}.

This is the type of backsplash that seems pretty simple and straight-forward from a distance only to become more complex as you get closer. Small details reveal themselves transforming the design more and more.{found on dhd}.

A repetitive pattern can be a classy detail in a modern kitchen. The fact that this geometric backsplash is in black, white and gray is an elegant feature. Also, it goes all the way up to the ceiling so it has an even bigger visual impact than anticipated.

A geometric design doesn’t necessarily have to be visually striking. A lot of times such a backsplash blends in and that’s for various reasons including the color palette or the actual pattern.{found on plarch}.

Black and white is a timeless color combination and it’s also one of the most versatile ones. These two colors can make any backsplash look elegant, even more so if there’s a pattern to add to the equation.

A backsplash can stand out for a number of reasons and it’s not always the geometric pattern that takes the prize. Sometimes it’s the unexpected use of a particular material such as wood that impresses the most. This is actually a really interesting and possible cheap backsplash design.

When designing your own backsplash, you can pretty much improvise all the way and arrange the tiles randomly creating a unique display. There’s no pattern which can be distinguished here.{found on apartmenttherapy}.

In some cases, the backsplash is not meant to stand out, even if it features an interesting geometric design. The whites used here maintain a very simple and classy look throughout.{found on Hearth Studio}.

A subway tile backsplash doesn’t need anything else to look beautiful. Perhaps various combinations of colors could make a difference or perhaps the way the tiles are arranged can also have a certain visual impact.