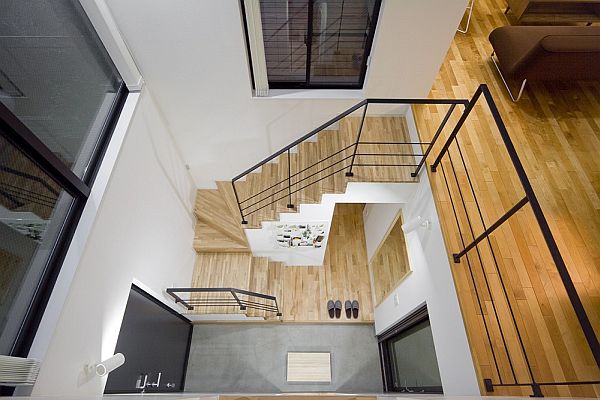 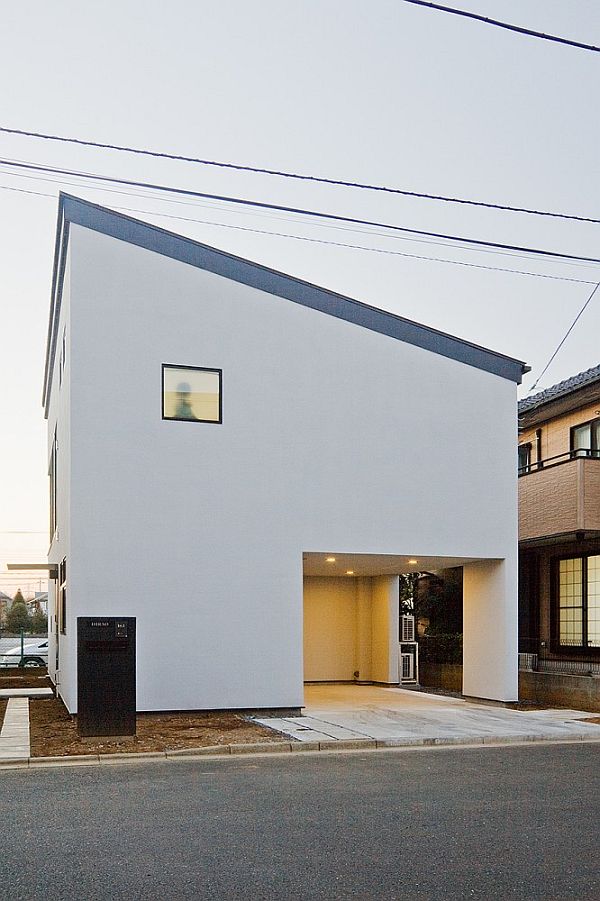 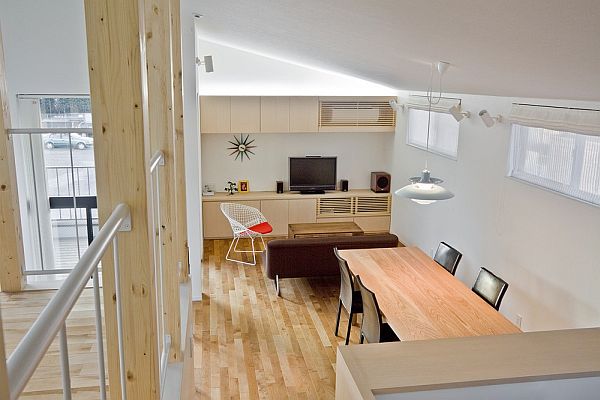 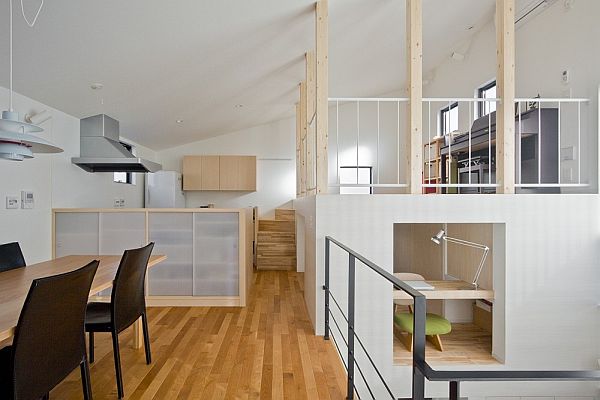 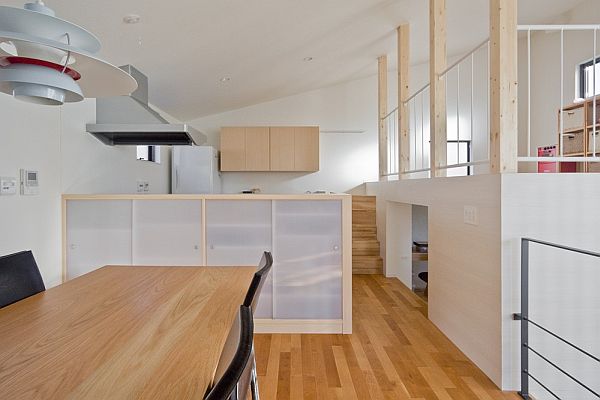 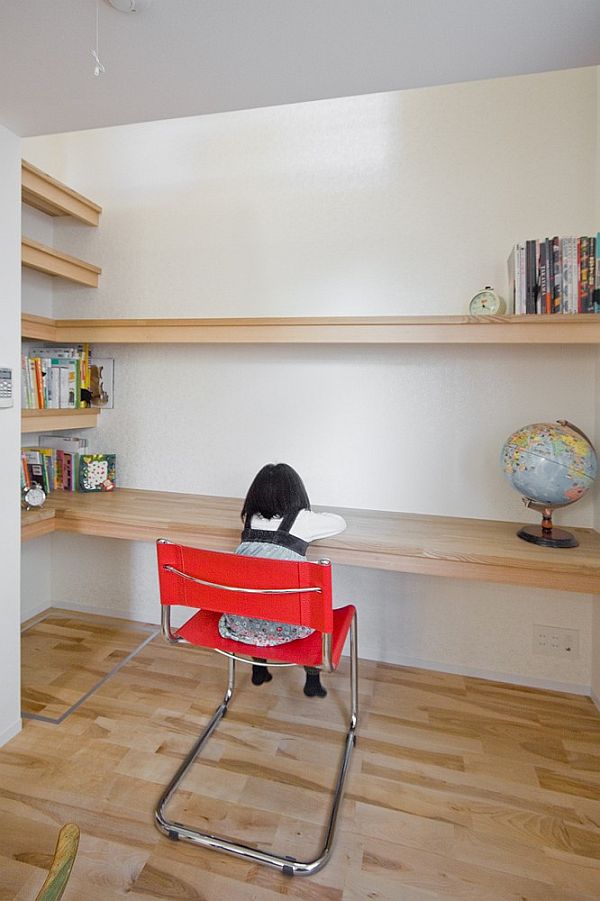 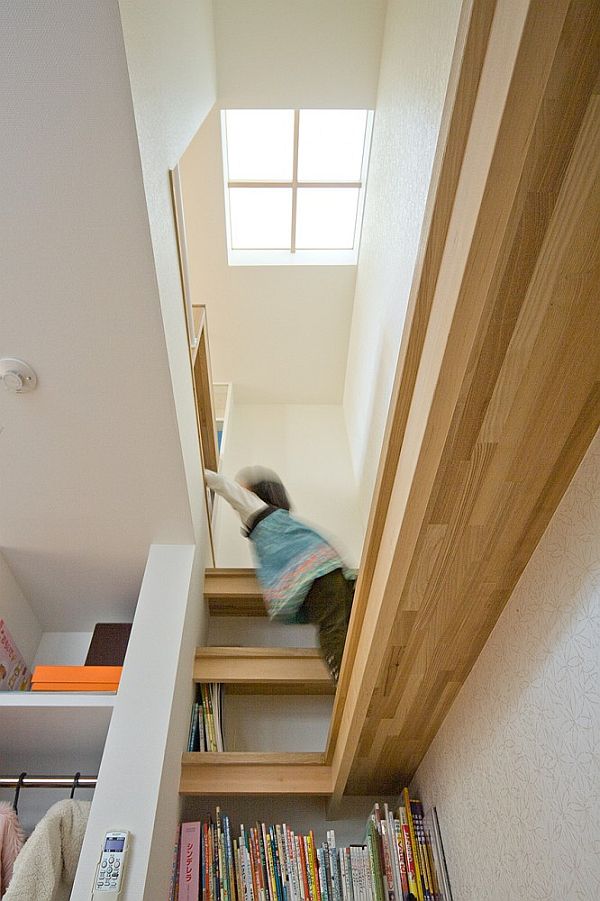 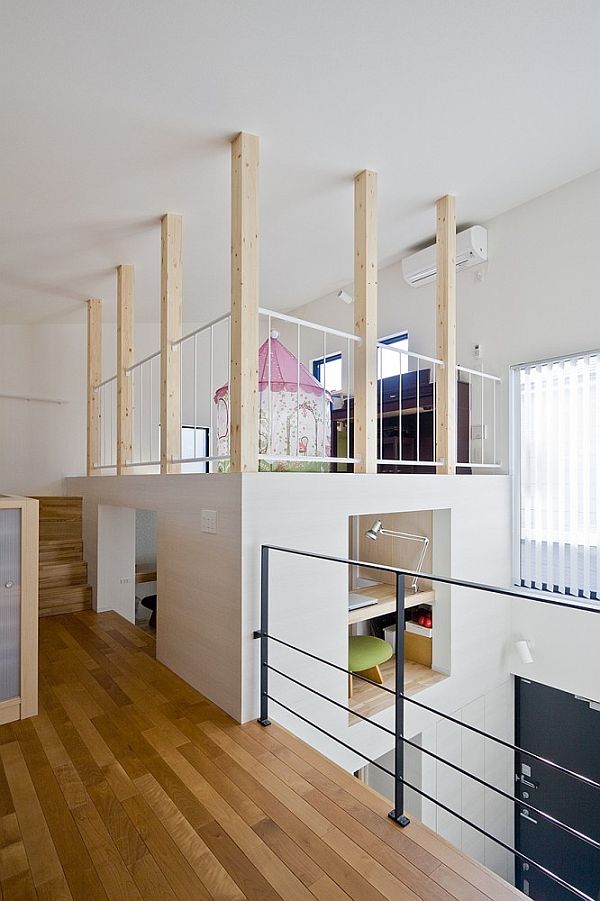 This striking contemporary building was designed and built by Upsetters Architects and it’s located in Tokyo, Japan. The house was completed in 2011 and it sits on a 96.69 sq m plot. It was designed as a single family home for a couple and their daughter. Since a family needs to be flexible, so does the house. So this one needed to be flexible and to be able to change its configuration as the family’s daughter grows older.

As a result, the interior of the house was divided into twp separate spaces. There’s an area for the whole family and another one for the daughter to grow up in. It’s probably a good idea to do that from the beginning. This way you won’t be forced to make changes later.

The part of the house designed for the daughter contains a mezzanine room that’s currently used by the couple as a working area. Since she’s only entered preschool, this doesn’t represent a problem now. As she grows older the working space will have to be moves so as not to interfere with her needs and so that the parents won’t stay in her way.

I think it’s a very good thing that the parents are conscious of that and willing to do something about it.The functional division of the house is very smart and it’s meant to serve the family on a long period of time. It’s a house built to last.