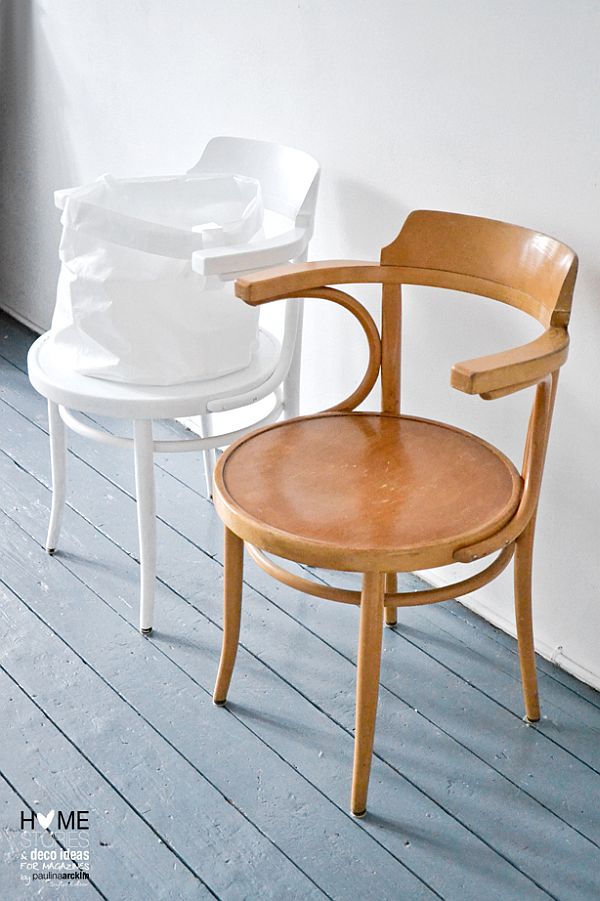 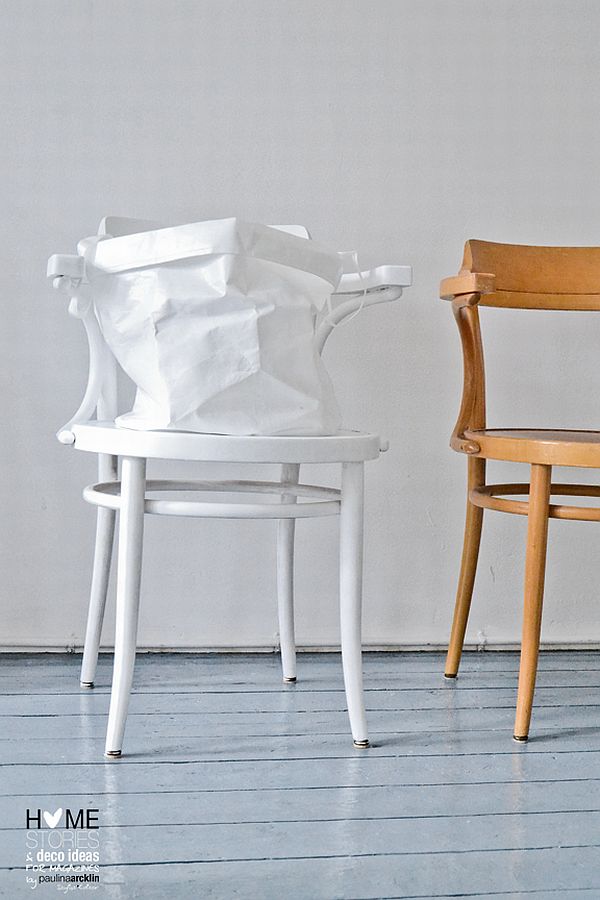 We all have objects around the house that either don’t match anything or they are old and deteriorated. An answer to throwing them away is to use them for another purpose, than they were designed for. Old wooden chairs are the most found objects in any household and they are always interfering with our daily duties from time to time. Paulina Arcklin, decided on day to use them as a storage unit. As we can see in these pictures, he painted them in white and attached some white sacks from H&M to achieve the actual storage unit.

Now, those revived chairs are part of the interior and play an important role in the setting because they are responsible for storing glows , towels, hats and so on. Before the crazy idea of turning these old, used items into  something that could really be used, the couple tried to stack them on of each other or to combine them in a crazy looking game of Tetris.

It could never work because these chair were designed for us to sit on them and not to create art by putting them in different positions, as a result they felt down every time a combination was made. I would have to admit that this is a unique way to use some chairs, but they did it and it works beautifully. Many of you will see this material as an cool idea and an opportunity to do the same with their own old chairs, but will be as well among you people who won’t appreciate their new “mission”.