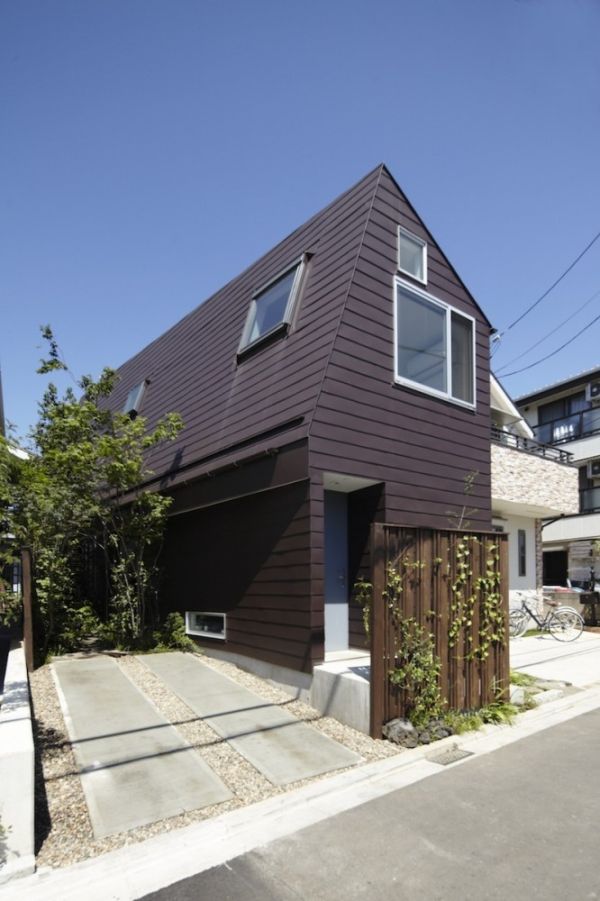 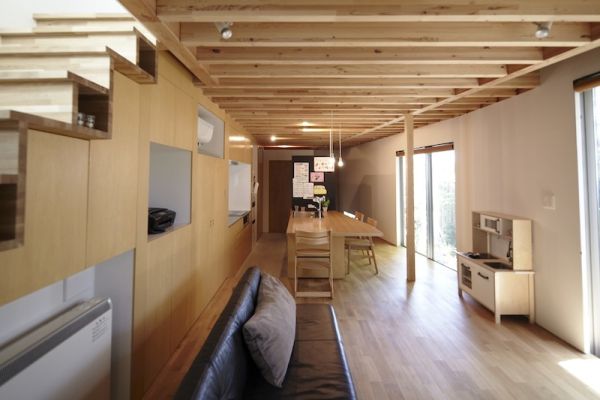 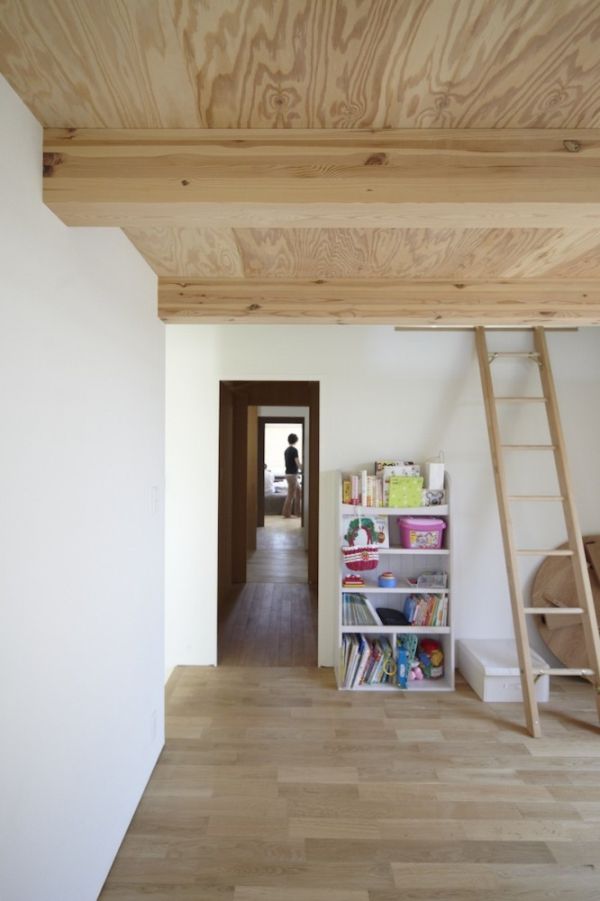 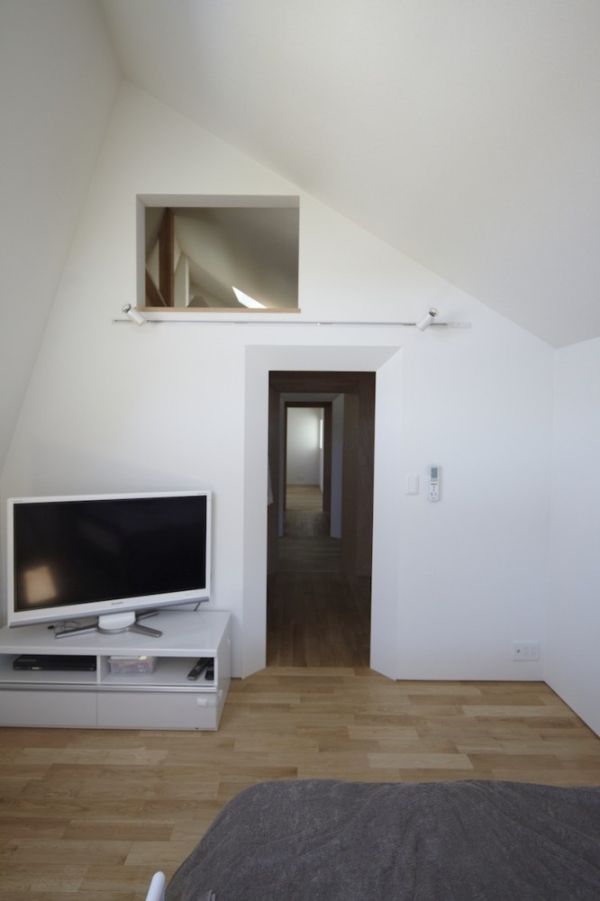 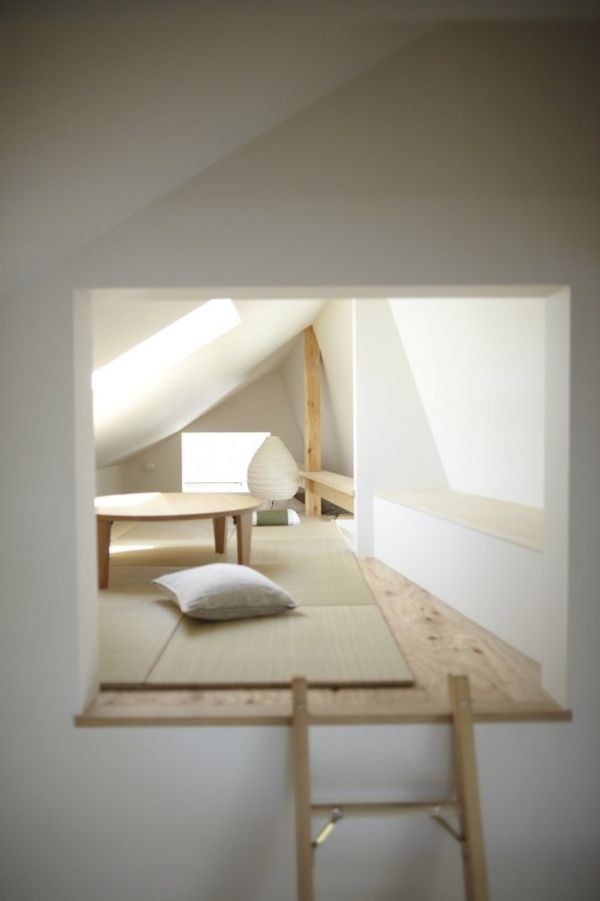 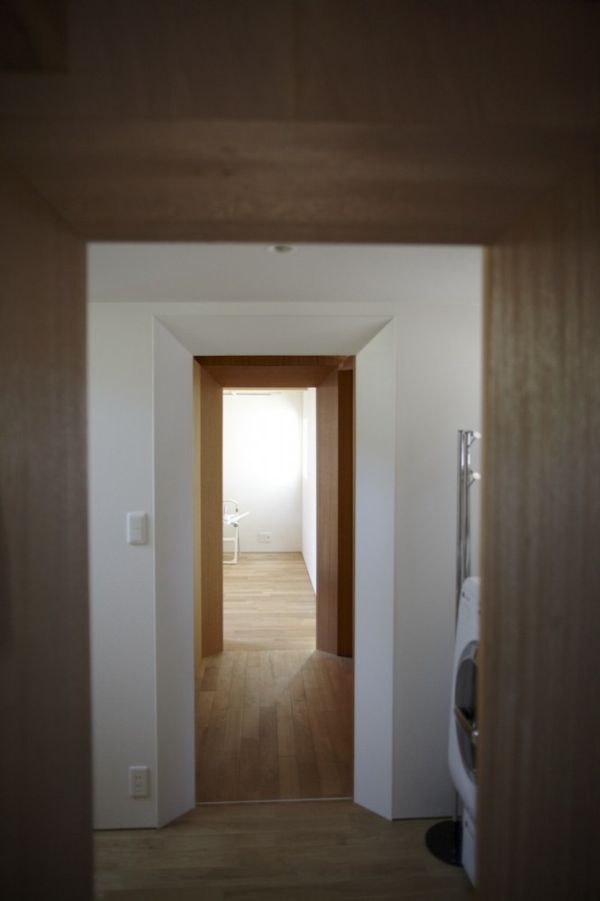 On the site next to the one currently occupied by this beautiful house was originally a grove. When the architects started to build the house, the trees had already been removed. Given the situation, they decided to completely remove any trace of the grove and to instead incorporate the original landscape in the design from their site.

The house is located in Setagaya, Tokyo, Japan and it was a project by SKAL + OUVI. It covers an area of 45,61 square meters. The architects were careful to place the house at an adequate distance from the neighboring site so that there will be enough sunlight on the ground floor as well. Because the site was small, they had no choice but to place the house diagonally on the site. They then put trees and plants randomly on the surrounding land. This way, instead of making the lot seem smaller, they actually gave the impression of a larger space thanks to the gaps and the way the sunlight was getting through.

The internal structure and organization of the house was carefully planned. There’s a series of parallel rooms that includes the kitchen, dining room, living room, the kids’ room, the bathroom and the bedroom. In a sense they seem to form a continuous space but they also have individual characters. This type of distributions also allows them all to benefit from natural light.{found on archdaily}.