The process of designing and then building a house usually starts with a series of requests, a list of requirements coming from the client. After this, the architect or the team in charge starts starts to develop a concept meant to incorporate those elements along with a few suggestions. In the case of this gorgeous villa, this process went a little differently.

The concept for the villa was originally created by Chad Oppenheim, the founder of the Oppenheim architecture firm. Back then he envisioned it as a Caribbean retreat. It was displayed on the company’s homepage for a few years before someone finally wanted to turn it into reality. That someone was none other than Michael Bay.

The team working on this project then became larger, also including collaborators Rios Clementi Hale Studios and designers Lorraine Letendre and Lynda Murray. Together they created the 30,000 square foot, three story structure you can see here today.

The villa was built on a steep 8 acre lot in Los Angeles. Its design is simple and modern, revolving around rectilinear forms and clean lines. Two independent volumes were stacked on top of a massive ground floor structure designed to interact with the hillside. 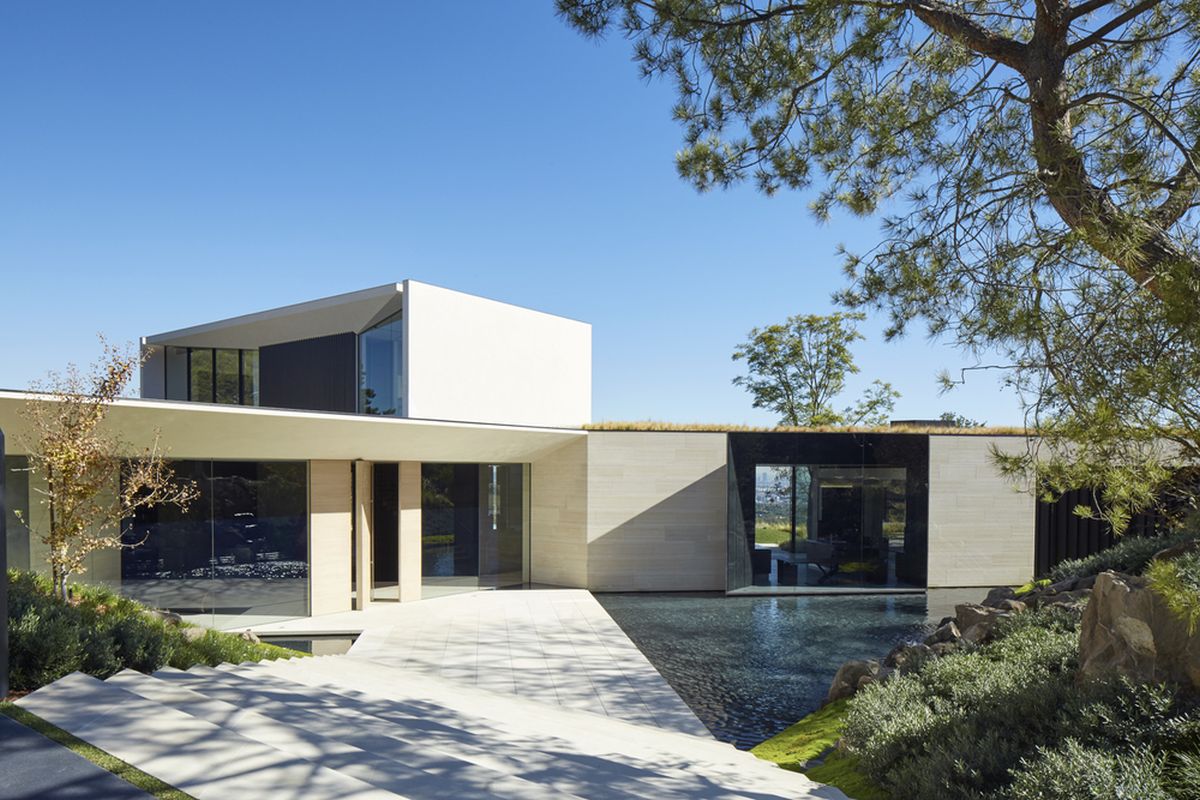 The two volumes cantilever over the stunning landscape, offering panoramic views of Los Angeles and the Santa Monica mountain range. The ground level volume houses a large parking space, a spa, a movie prop museum as well as a home theater with state of the art acoustics.

A hillside staircase accompanied by dramatic views leads down to the infinity edge swimming pool. The pool sits on the edge of the cliff, even expanding a bit beyond it and offering dramatic views down the valley.

The cantilevering volumes that form the second and third floor of the villa contain the owner’s bedroom suite respectively a VIP guest quarters. The interior design throughout is simple, modern and luxurious, great attention being offered to the selection of materials and finishes.

The team of architects and designers paid special attention to the surroundings. To make the most of the location, the landscape design was meticulously created. The front yard pool, the reflection in the water, the skylights and everything else was designed to capture the beauty of the surroundings.

After a four-year long building process, the project was complete. The concept originally envisioned by Chad Oppenheim had become reality with the help of a talented team of collaborators. Their imaginative and daring approach translated into a one-of-a-kind project.