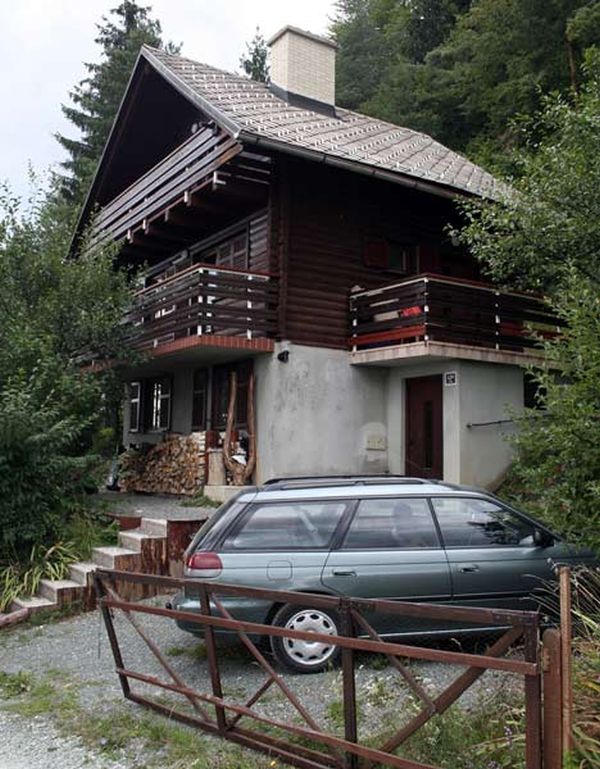 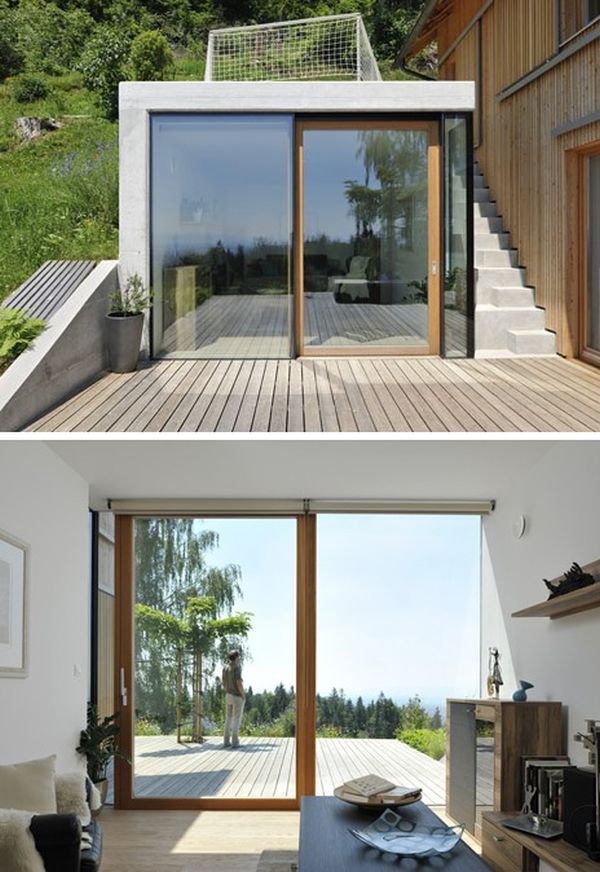 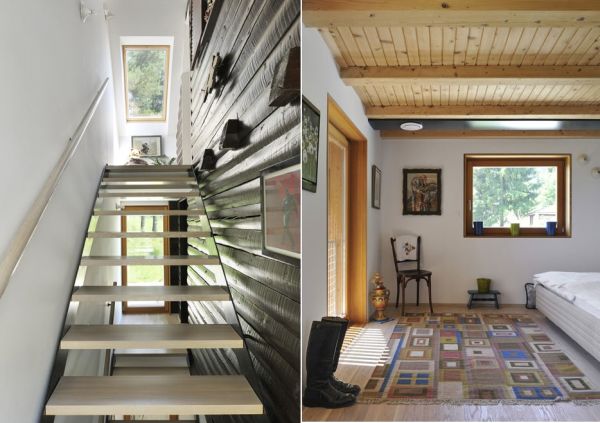 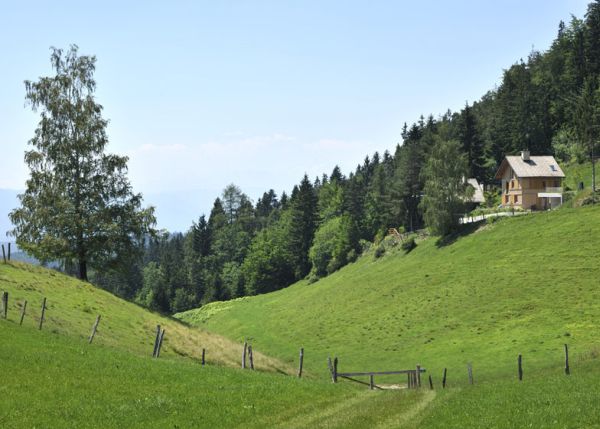 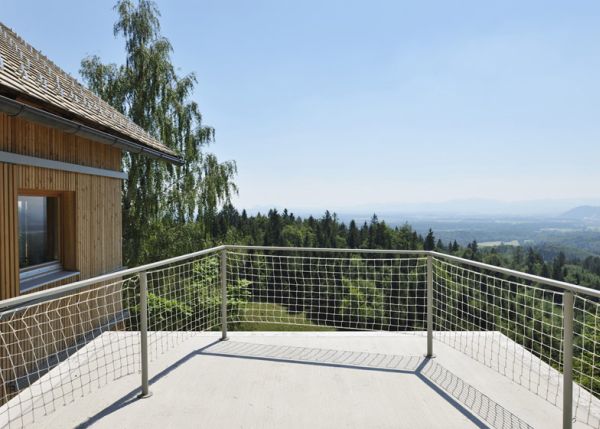 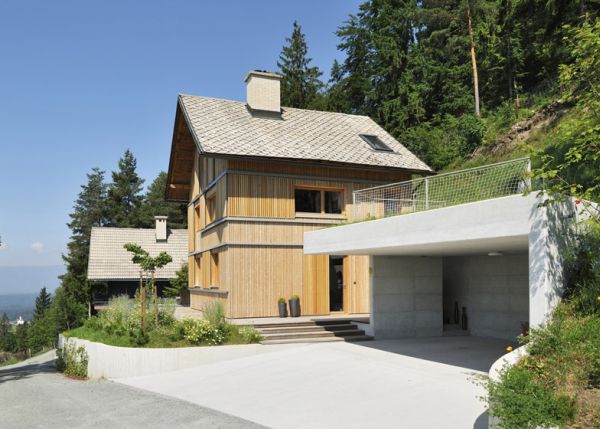 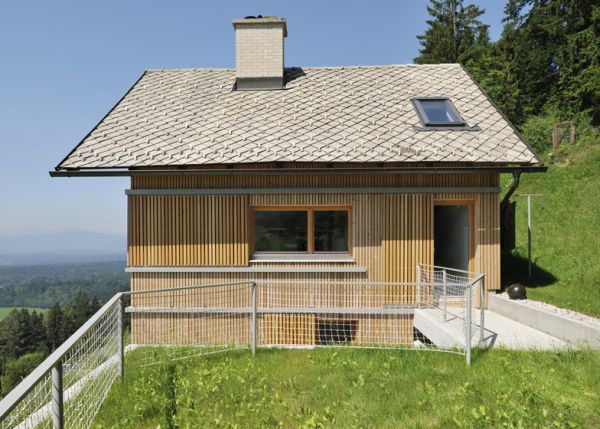 This beautiful house is located at the foot of the Karavanke Alps, in Slovenia and it has been recently transformed. It used to be an old chalet, not very appealing. But Slovenian architects Kombinat turned into this lovely, contemporary home. They maintained the overall alpine look of the house but gave it a drastic makeover and update.The house’s exterior is entirely covered in sleek wood panels. It also has timber shutters so, at times, it turns into a sealed wooden box. Besides updating what was already existent, the architects also added some new elements. For example, an outer staircase was added along with a concrete extension with a roof terrace.

The house became visibly lighter and sunnier. The dark timber exterior was replaced with a ventilated wooden façade. But the original dark timber was not removed or replaced completely. It can still be seen on the wall of the staircase.

Originally a week-end house, the structure became a family home. It was extended and reorganized. The living area became larger and was extended to form a winter garden and a carport. The main volume and the additional spaces are visibly delimitated. A gap separates them and features the entrance on one side and the outer staircase on another. The concrete extensions are partially incorporated into the slope and become part of the landscape. A garage with a green roof stands on one side of the main house and a terrace forms an extension to the living room.