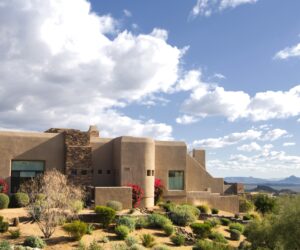 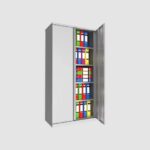 The Icehotel can be found in Jukkasjärvi, Sweden and, as you can imagine, a hotel made of ice. But that’s not the only interesting thing about it. The hotelhas a very interesting suite which was designed by Pinpin Studio and which look like the laboratory where Frankenstein’s monster was created.

This is a room that impresses in two ways. First of all, it’s made of ice and this is cool even without all the other elements. The other unique thing is the theme chosen for the décor. The designers thought it would be interesting to interpret the story in ice and snow. So they created the monster’s bed, computer machinery and giant laboratory beakers and they’re all made of ice. There’s no monster and no scientist in the room so you can play one of the roles if you want.

The hotel suite is entitled “It’s Alive”. The designers used giant blocks of ice from the tome River to build the furniture and they used chainsaws and ice chisels to mold the blocks into the shapes they wanted. The surface patterns such as the details on the computer were created using a mill. The room also has etched walls that give the impression of brickwork and it also has a hatch in the ceiling. The whole space is animated by LED lighting.