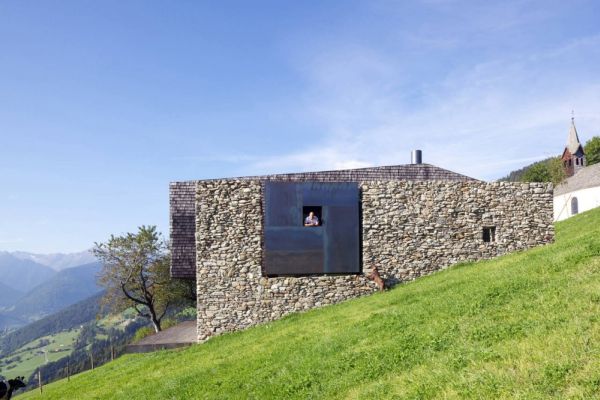 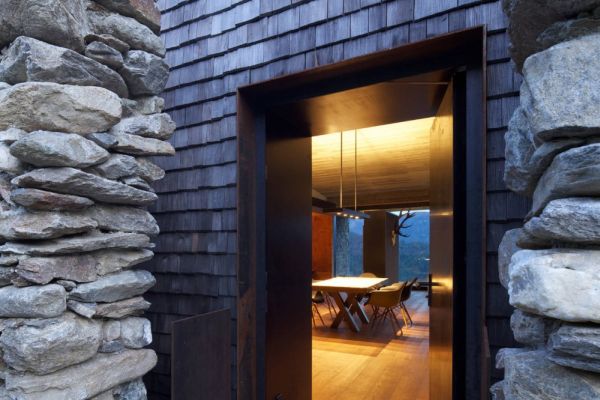 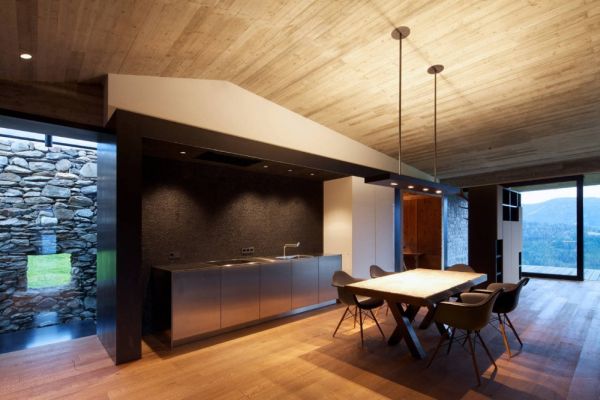 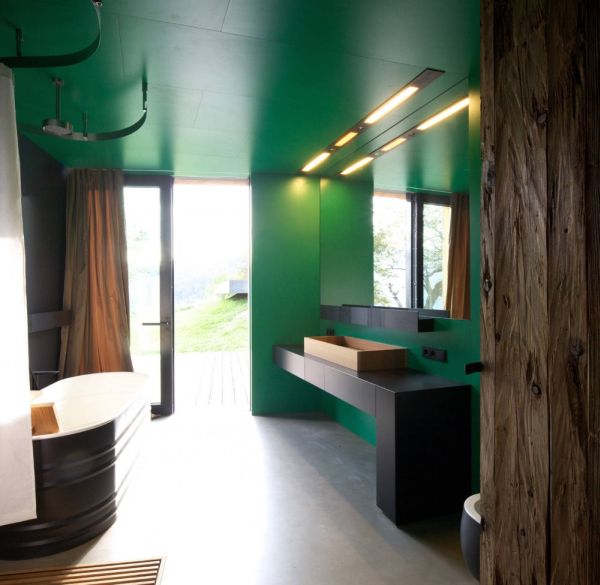 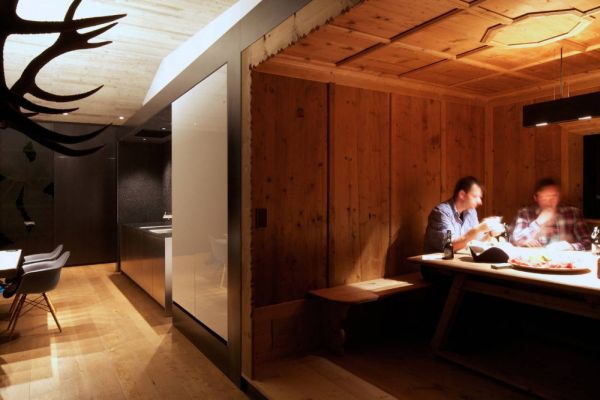 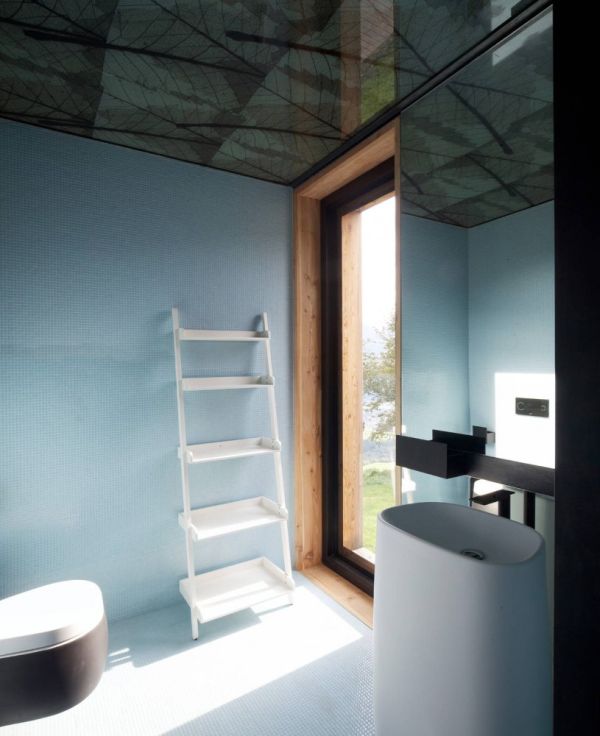 Somewhere in Sterzing, Italy, in a little village 1.400 meters above sea level, used to be a farmhouse. With time it began to shatter and at one point it was unsalvageable. However, from the ruins a new holiday residence appeared. It belongs to the Brunner family and it was completed in 2011. Both the farmhouse and the old oven from the site were demolished. A new structure took their place and this was the project of Bergmeister Wolf Architekten.

Even though this was a recent project, the client wanted to make this holiday residence seem like it’s been part of the landscape for a long time. The architects managed to do that by introducing a very beautiful exterior design.

The house seems to be made of stone and this allows it to naturally integrate into the landscape. Given the location of the site and its form, the architects had to adapt the design to the natural conditions. The new structure was integrated into the landscape without changing the topography. This way the site preserved all its natural beauty.

Even though the old farmhouse had to be demolished, its ruins were priceless. The architects managed to integrate them into the new design. What was once old became new. The stone walls are also a feature that belonged to the old farmhouse. The rest of the structure was carefully rebuilt with traditional materials. The rest of the materials, such as the shingles, were first exposed to wind and weather for one and a half year in order to achieve the weathering that would allow them to be made part of the design. The new property is somewhere in between old and new and it’s a very beautiful combination. It has a rich history but it also marks a new beginning for its owners.