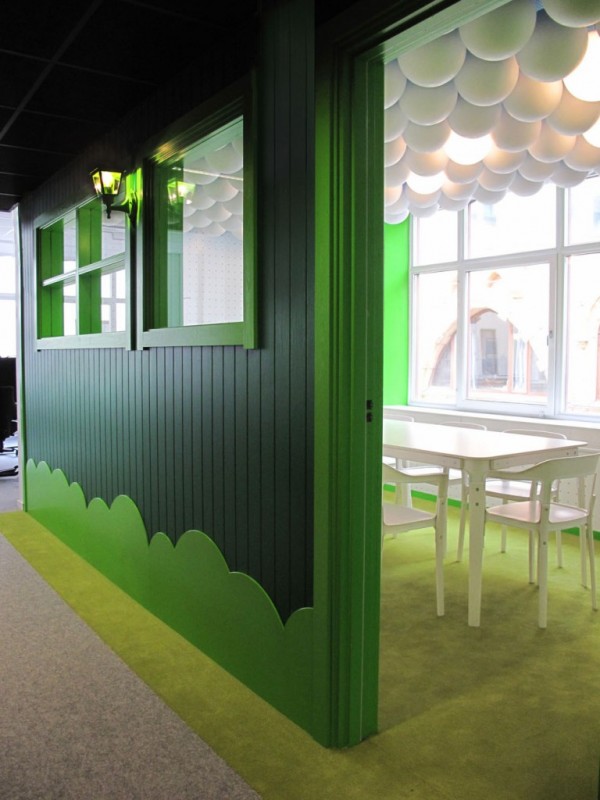 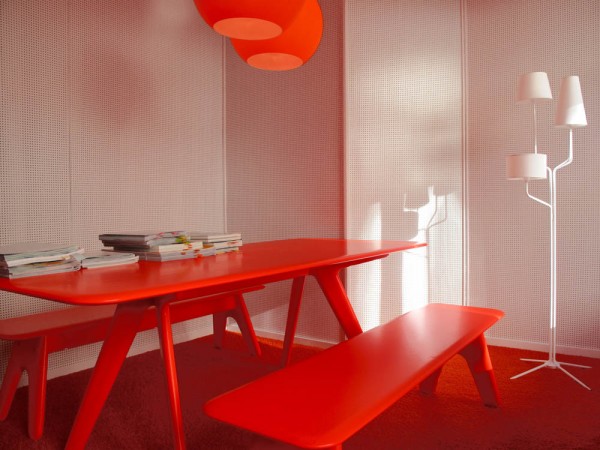 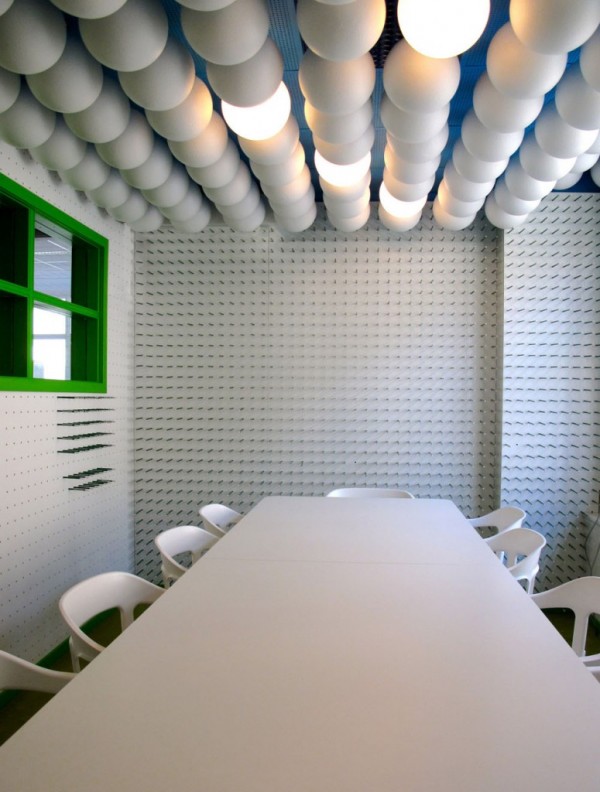 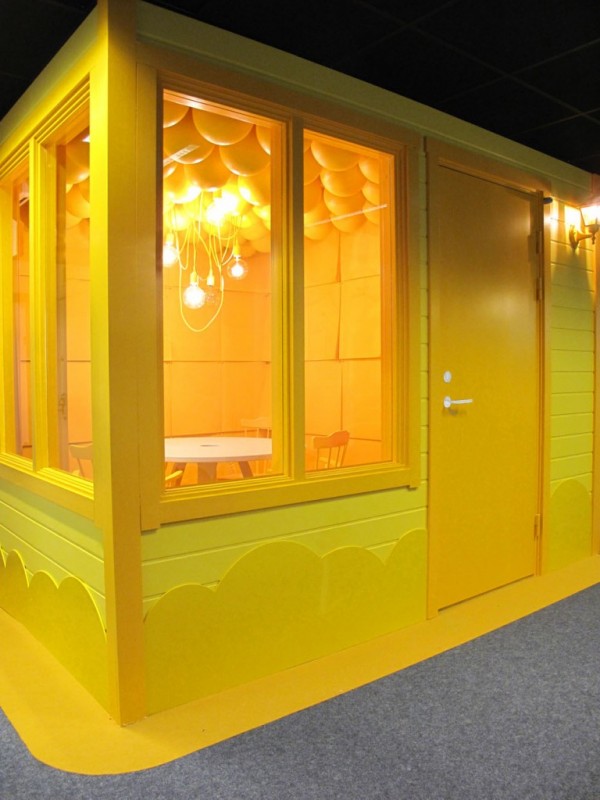 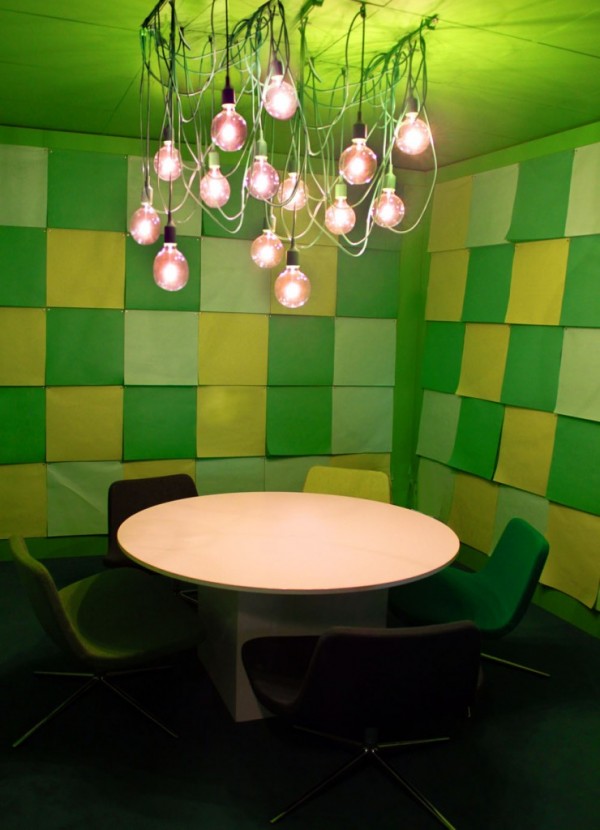 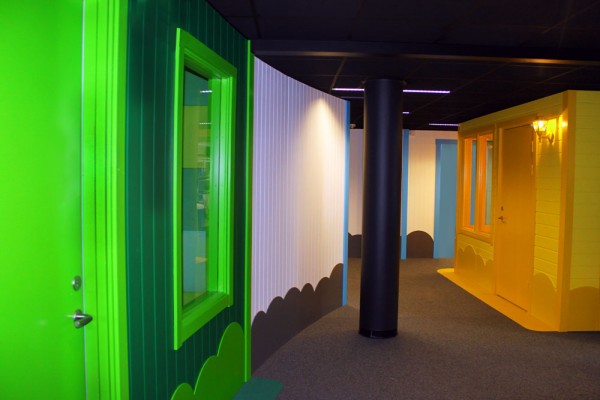 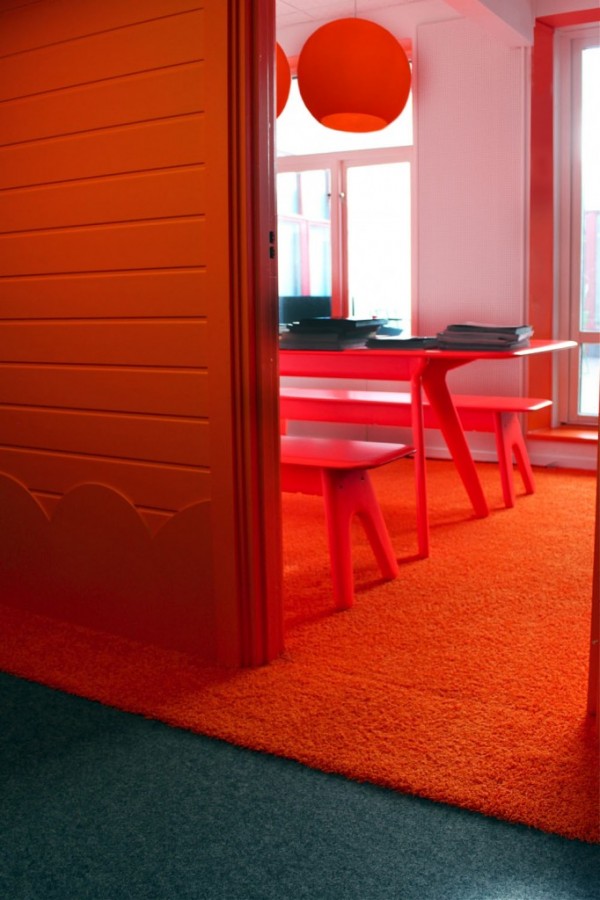 Even though the name reminds us of those little games we play on Facebook, Fabricville is a very serious office located in Gothenburg. It was designed by Catharina Frankander and Joel Degermark from Electric Dreams and it cover a surface of 1.500 sqm that goes along three levels. The office has 150 employees and each level is occupied by a different firm. That’s why each level also has its own color scheme that matches the identity of the brand.

The idea behind this design was to recreate a little village, since there are so many common elements between a busy company headquarters and a little village. You’ll see that the hallways resemble streets and you even get the impression that you’re walking on the small streets of a village. There are both public and private spaces, work spaces and recreational areas and the décor is inspired by traditional Swedish wooden cottages.

In order to obtain this new look, some changes had to be made. Originally this space was divided into several offices and they had to be combined to form the giant 3-level office that you see here now. The décor had to be changed as well since there were many traces of earlier renovations that didn’t match with the rest. The different ceiling heights were a challenge but in the end everything turned out more than ok.