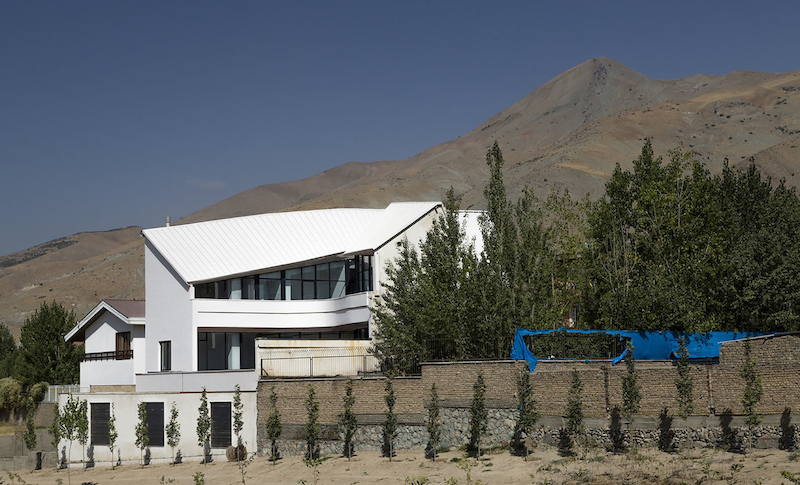 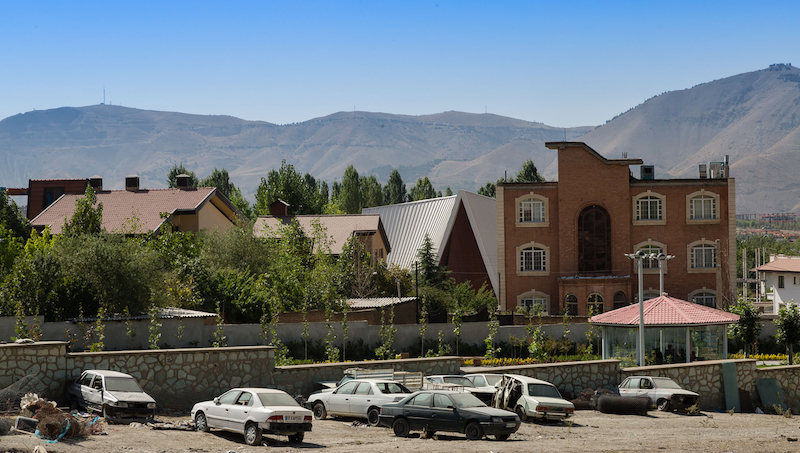 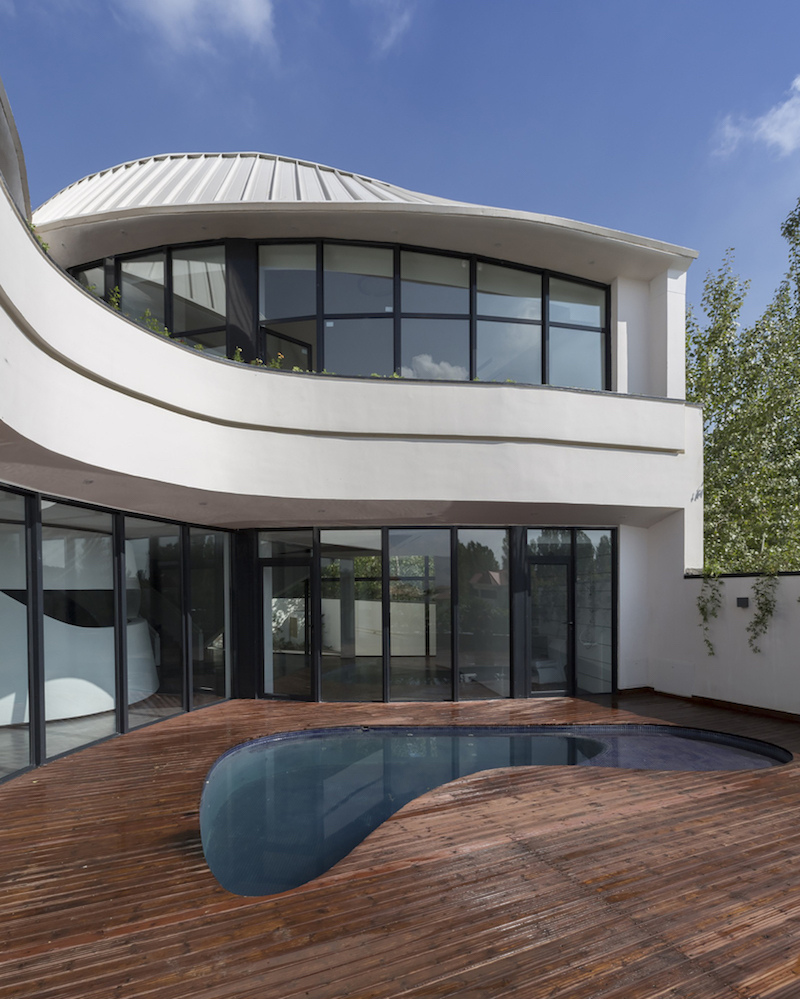 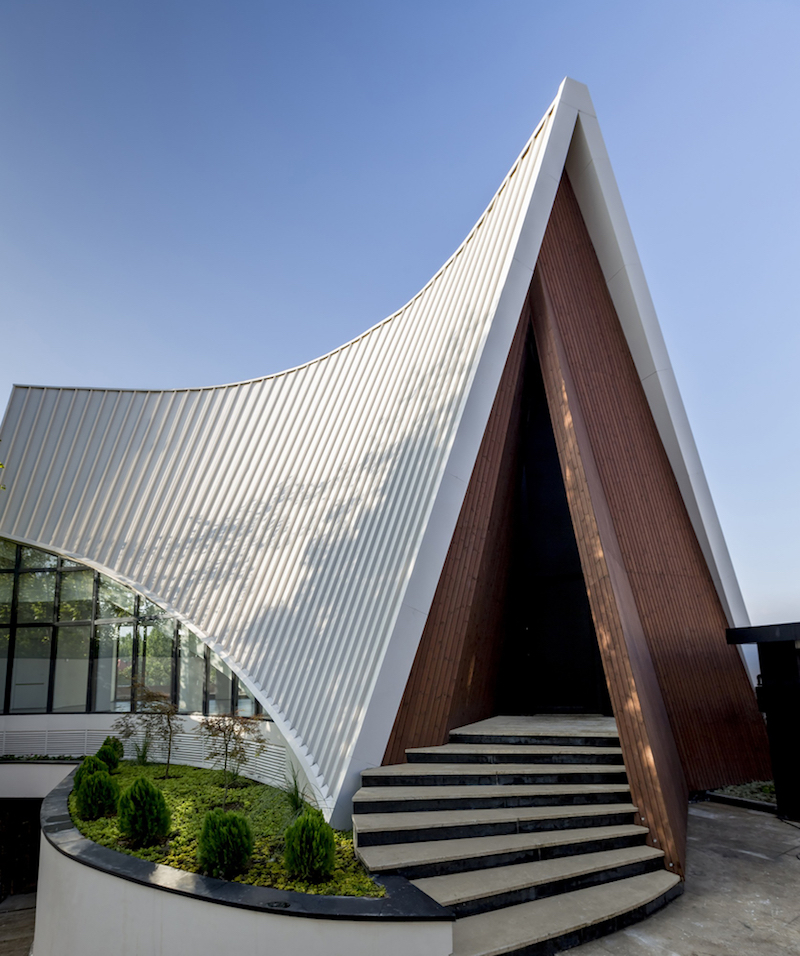 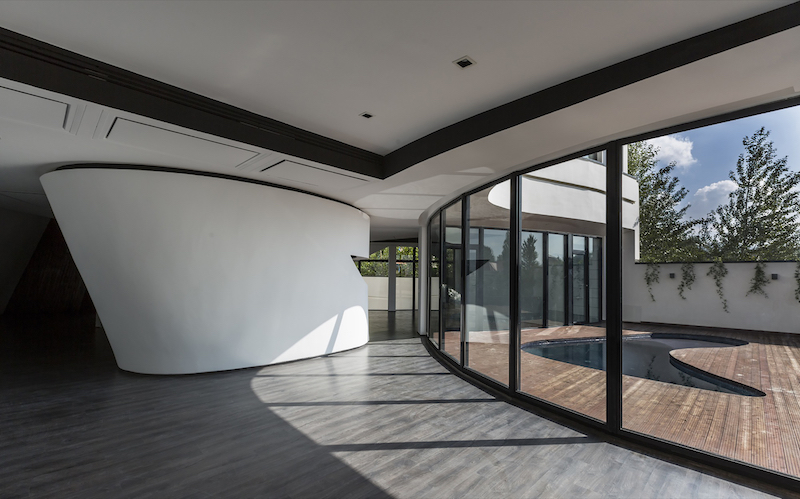 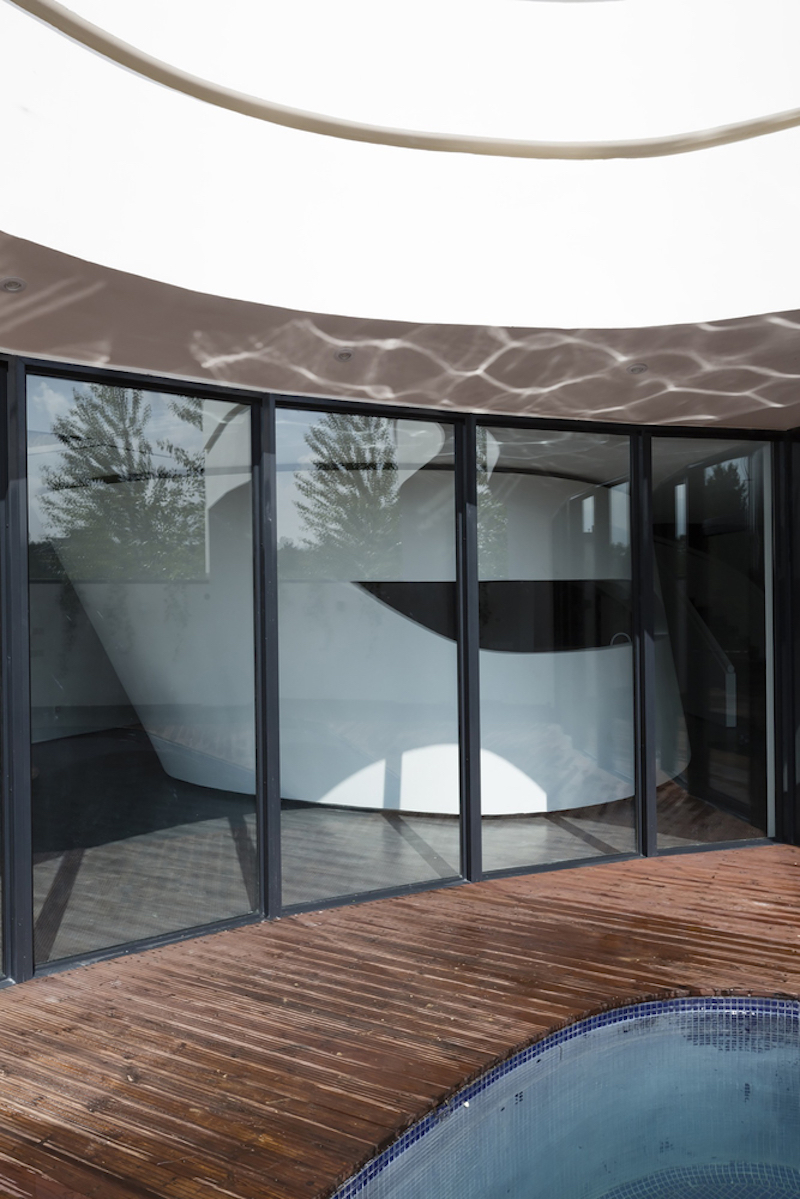 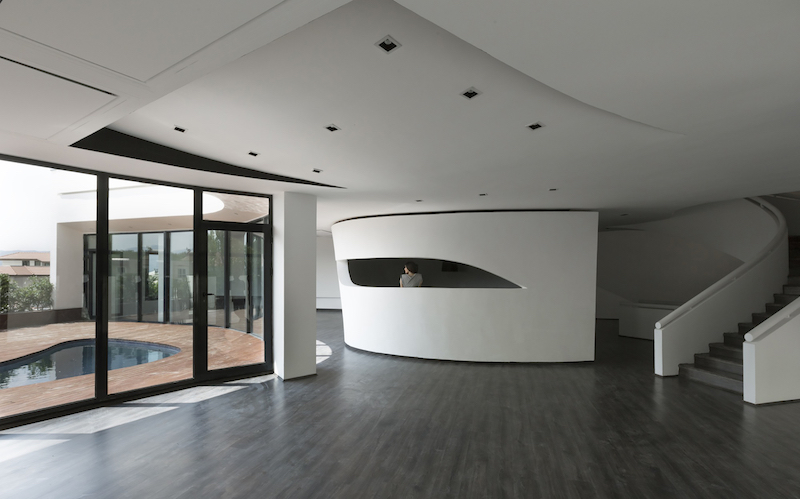 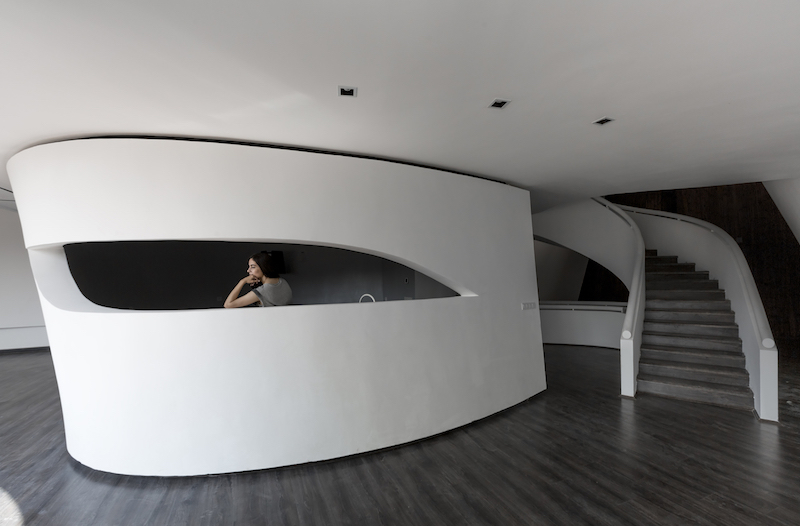 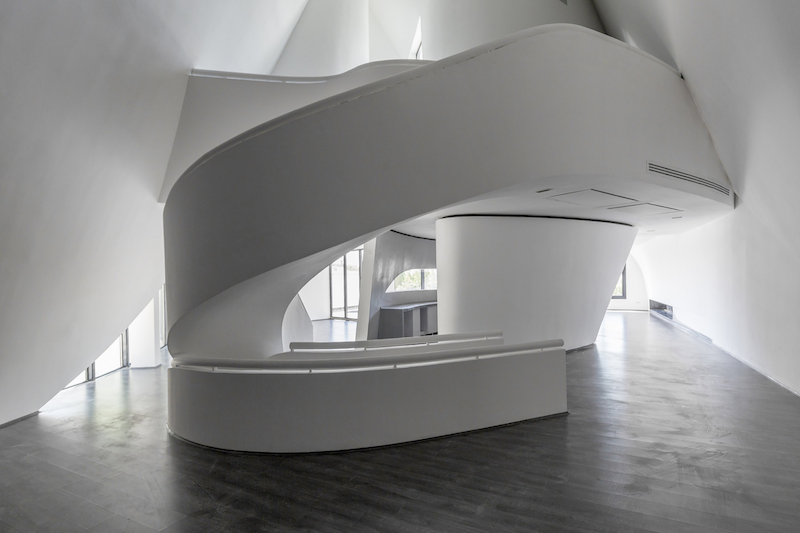 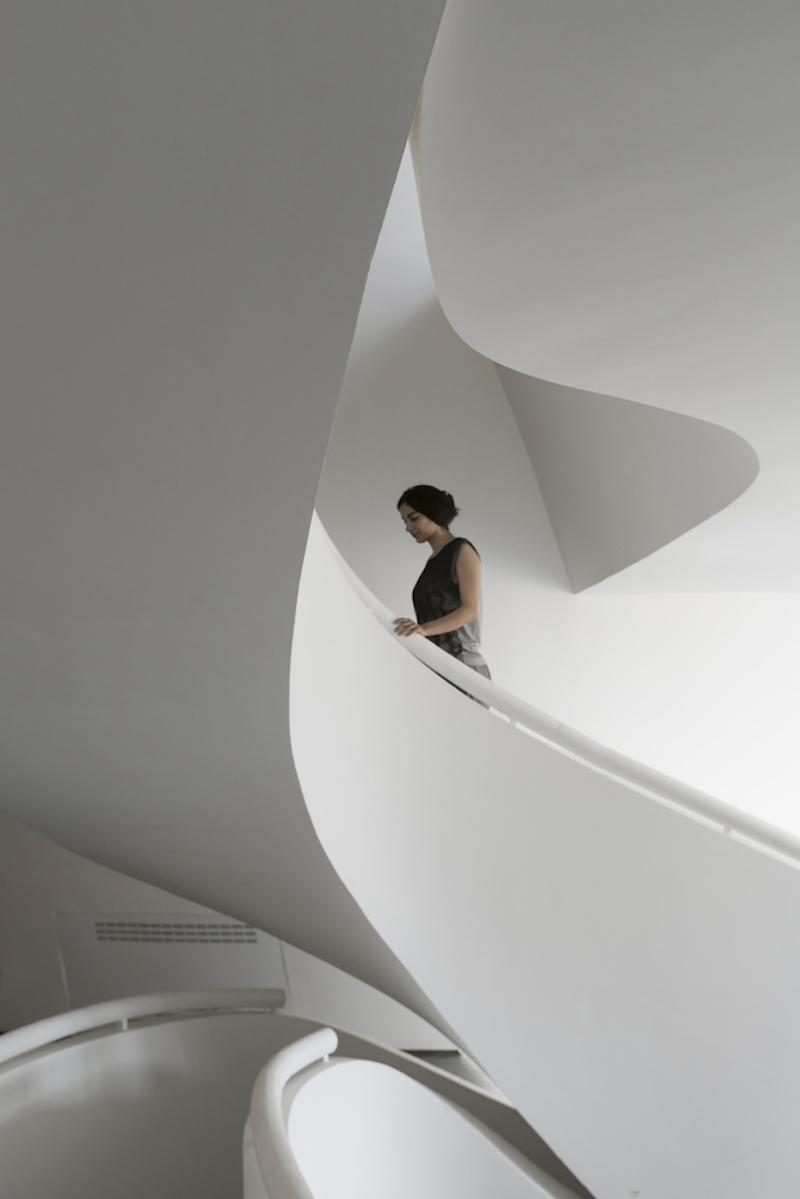 Find a good location for a house and you’re already on the road to success. Usually that means a lot with a nice topography, easy access to the street and plenty of open space around it. This house has neither of these things yet that doesn’t stop it from being extraordinary. It compensates for that with a unique design. We’re talking about a house located in Lavasan, Iran. It was built here in 2015 by Nextoffice.

Before we get into the details of the design, we should first present the context. This is a house that’s deeply integrated into the neighborhood, being raised on an inner lot, hidden behind neighboring structures. That means it has limited street access and, in addition to that, the views don’t really do much for it since they’re mostly obstructed by the other buildings.

Even with all these drawbacks, the house still manages to stand out. It does that by being peculiar in a good and eye-catching way. It’s a house but in a way it’s also a sculpture. Its exaggerated form is inspired by conventional A-frame house designs and also in particular by the sloped roofed constructions from Northern Iran. It redefines these elements and reinterprets them in a way that’s extravagant and graceful at the same time.

The overall design is defined by strong and obvious curves, featuring a V-shaped floor plan that frames a courtyard with its wings. The interior spaces seamlessly flow together, featuring curved walls, dividers and even gently arched ceilings. There’s nothing standard about this house yet you wouldn’t really be able to tell that by looking at it from the street, mainly because it’s difficult to even spot it from there.

The house takes advantage of a vertical structure and features a spiraling staircase that gracefully links all the floors and merges the spaces in a very elegant manner. On the ground floor, there’s an open living area that opens to the courtyard through sliding glass doors, overlooking the riverbed and the distant landscape. On one side of the floor plan you can see the kitchen, concealed inside this white shell. It’s both open and closed, making the most of the curved wall that surrounds it.