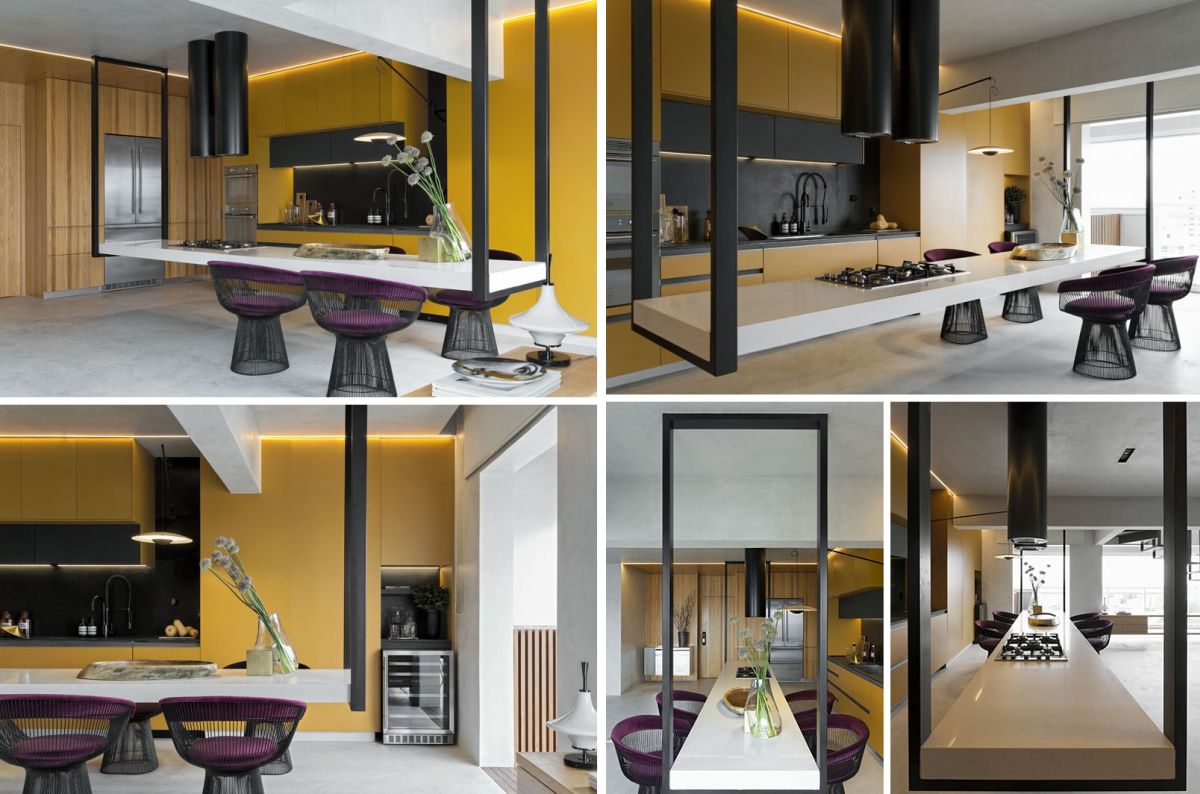 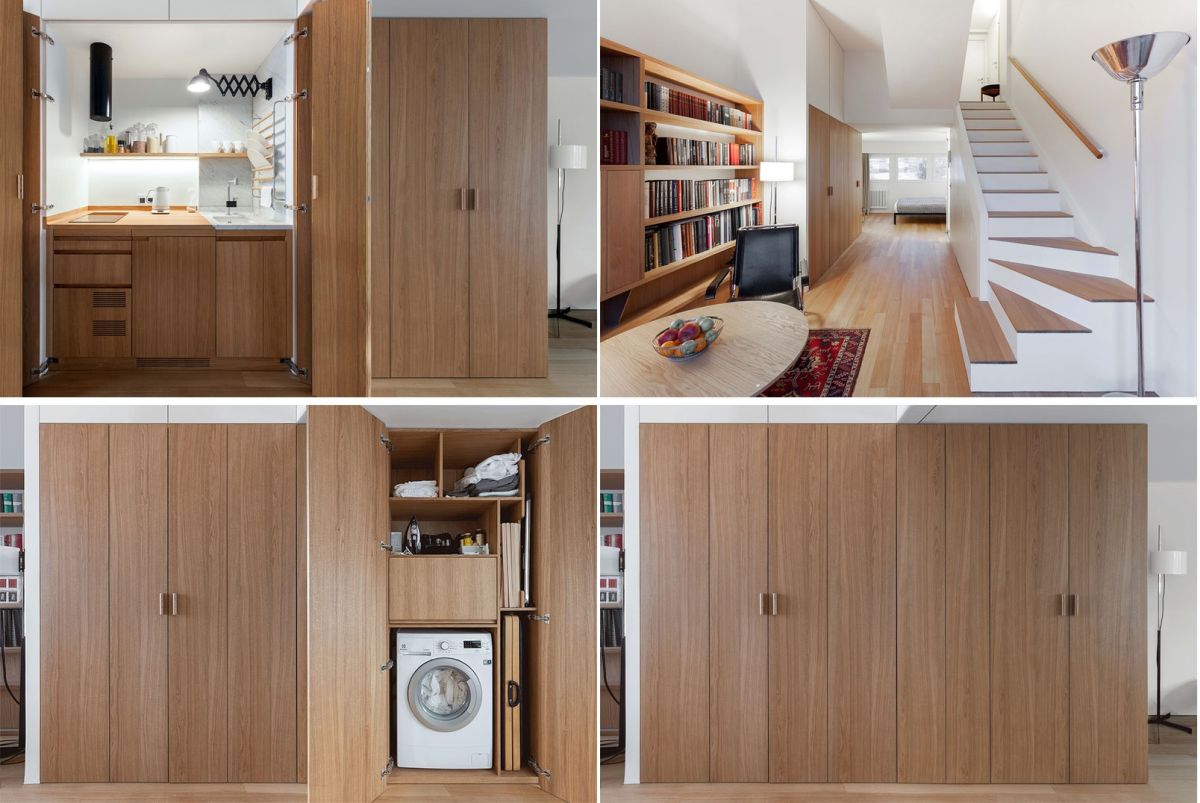 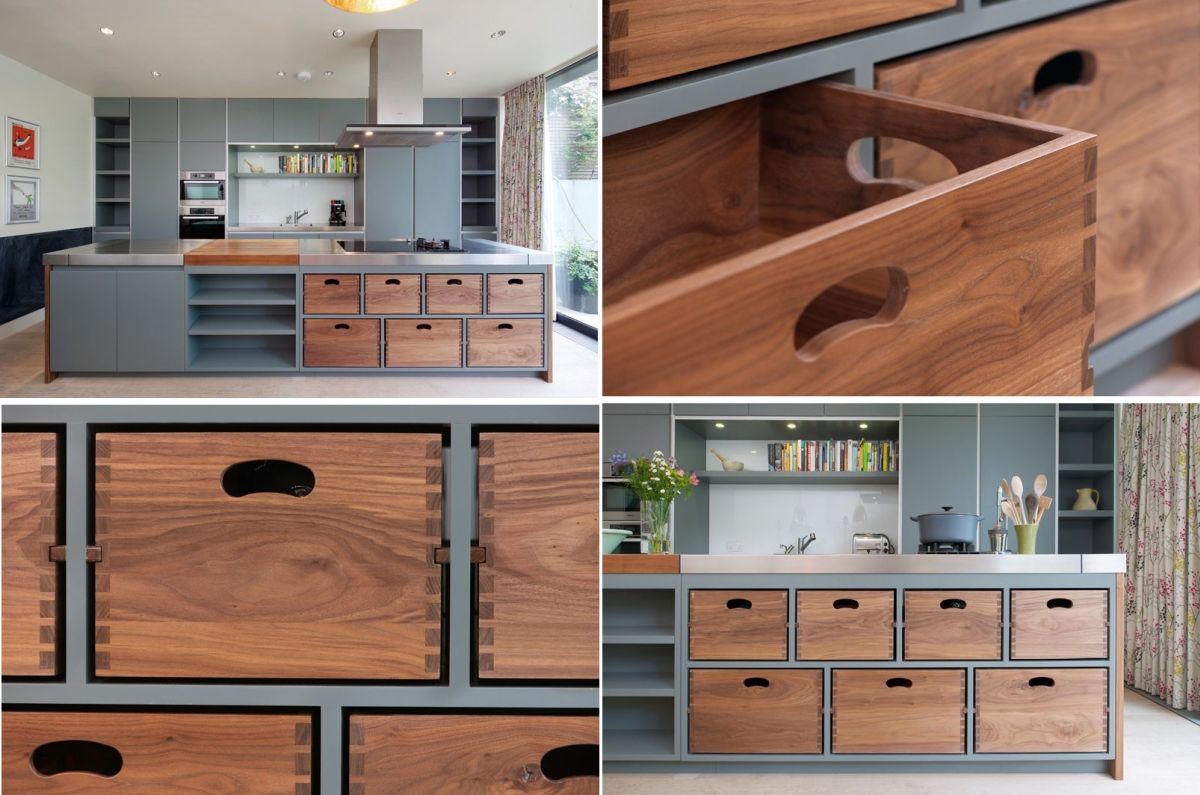 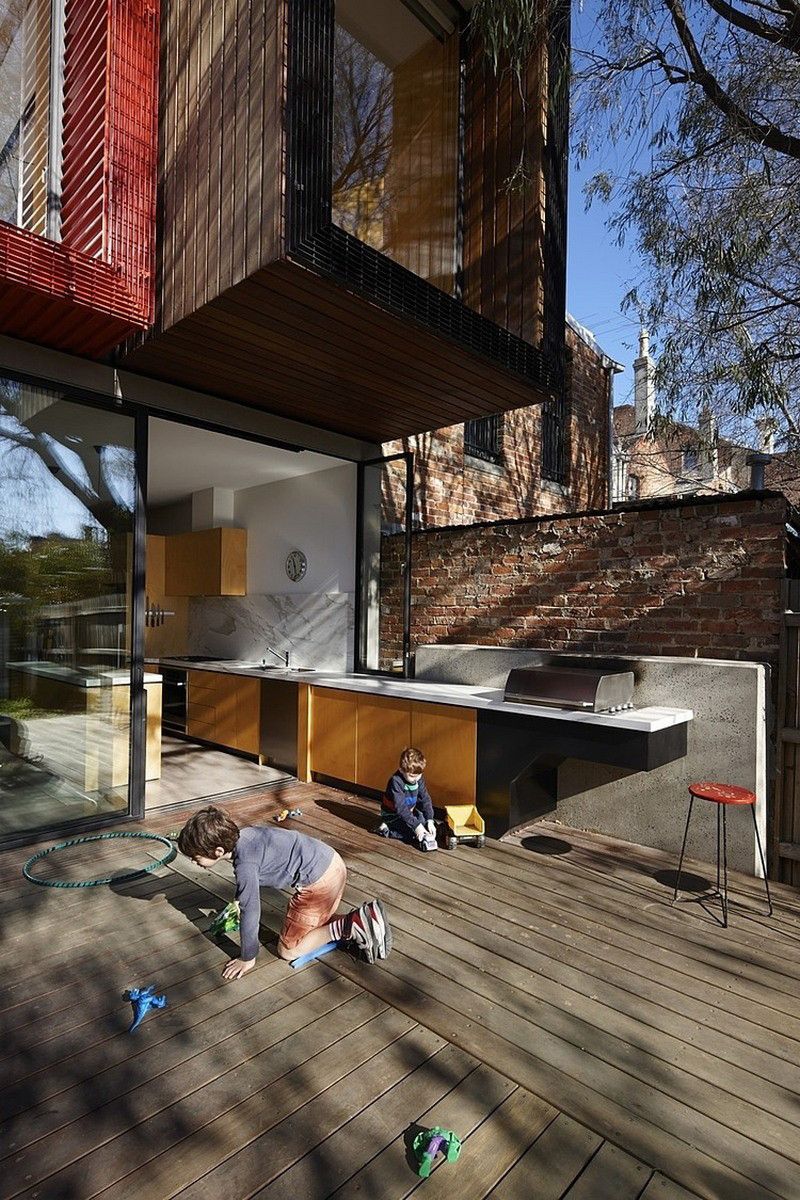 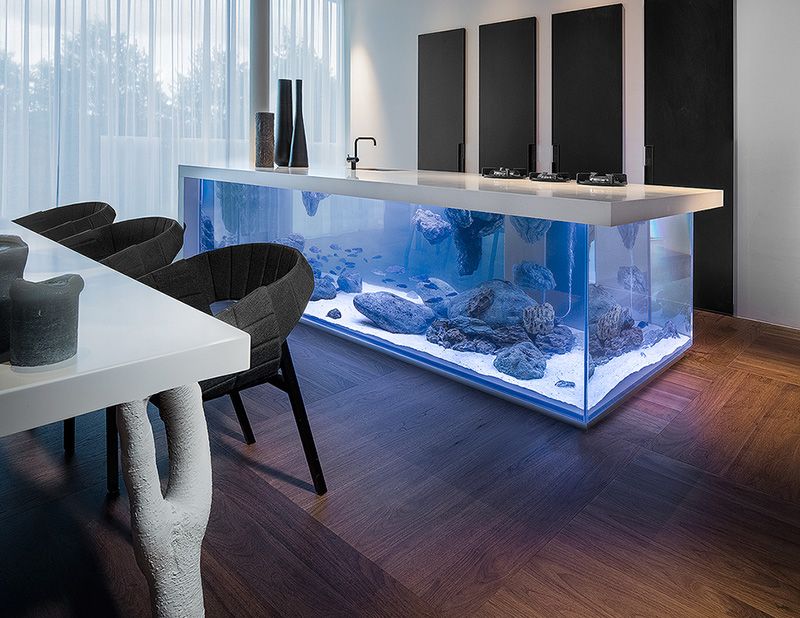 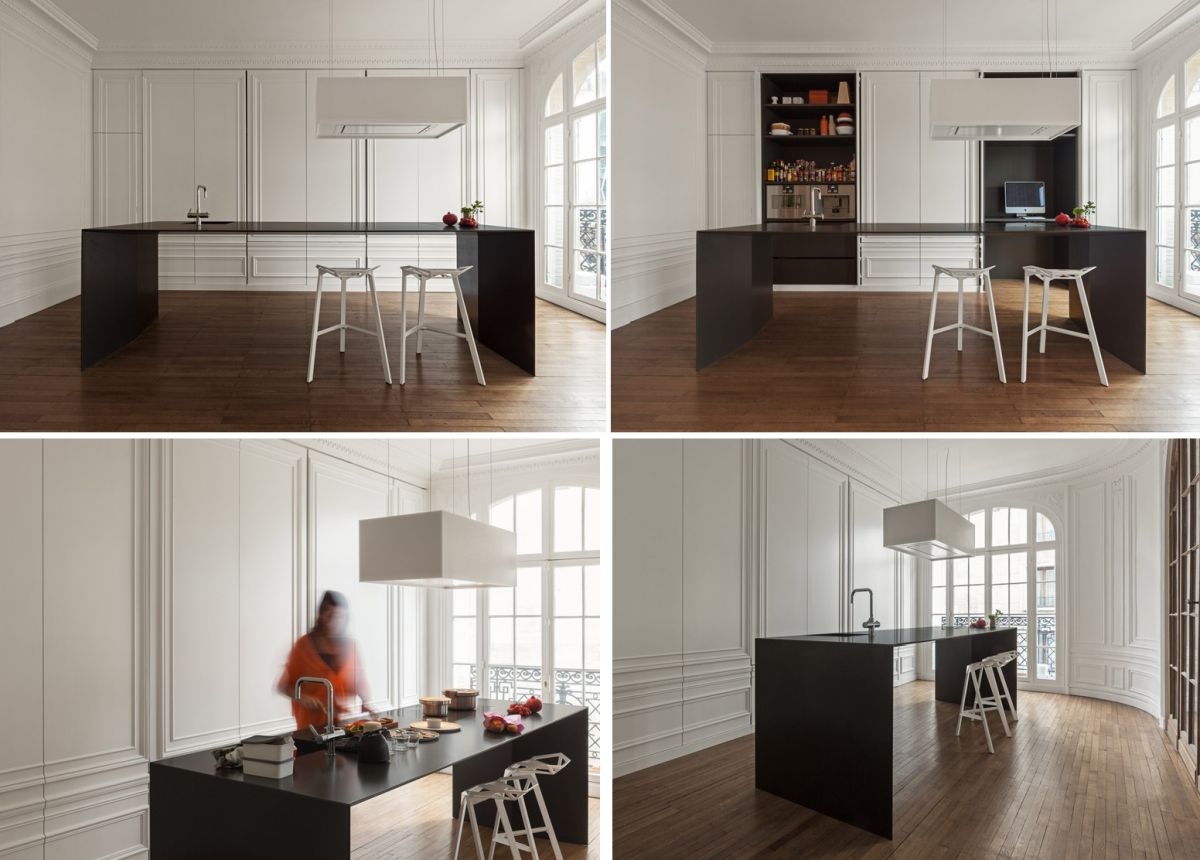 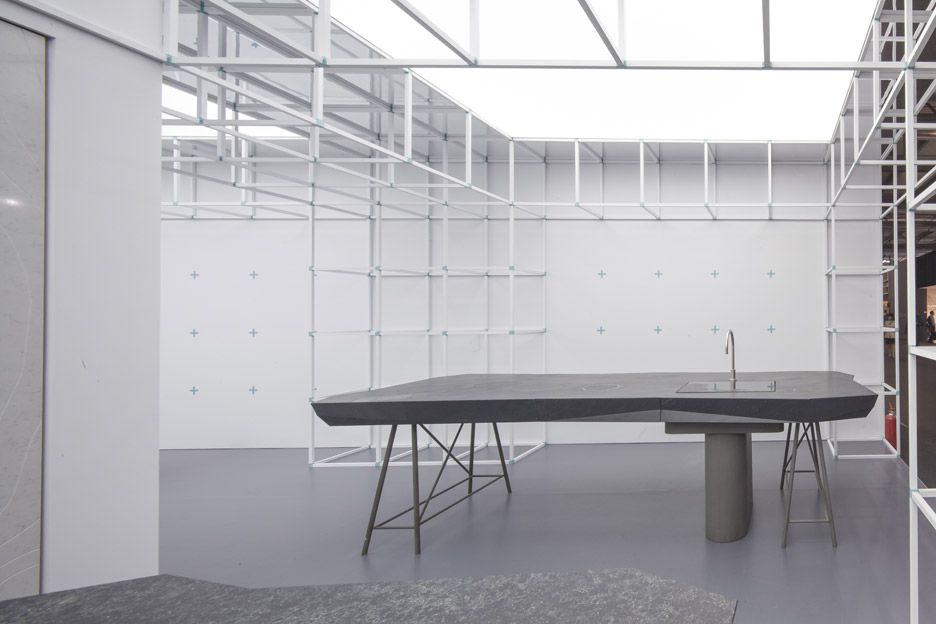 The kitchen may as well be considered the most important room in the house since it packs a ton of functionality in a usually compact form. That’s even more true in the case of modern and contemporary kitchens which are part of open floor plans and directly embedded into the social area. Even for someone who doesn’t really cook the kitchen is still a core component of the day to day life because with time it has surpassed its initial role, becoming a venue for social interaction and daily activities. It’s not more important than ever to plan all the kitchen design details with great care so here are some ideas that might inspire you.

This kitchen was designed by studio Diego Revollo Arquitetura and has a very cool feature: a hanging island. It’s a simple-looking island which takes up zero floor space and doesn’t include any built-in storage such as drawers or shelves. It trades these elements in favor of a minimalist design which maintains a lightweight and airy decor throughout the space.

While it is possible to design a kitchen island which doubles as a bar or as a table, that’s not what design studio buck&simple chose to do for this apartment in Sydney. Their strategy was ingenious and included designing a pull-out dining table which fits inside the kitchen island and can disappear completely when not in use. It’s a really great way to save space without compromising on functionality.

Kitchens with built-in or hidden features are definitely cool but an entire kitchen disguised as a closet is even cooler. That’s exactly what Studio Bazi designed for a small apartment located in Moscow. This is a design meant to save space and created as a result of the apartment’s small footprint. Both the kitchen and the laundry area are hidden within this large custom-built closet which sits between the living room and the bedroom.

Given the layout of this space, a unique kitchen island design was chosen. The long space thus got a extra long island. It was a project by PRISM Design and Mori Design. The cool thing about this piece is that it’s not just a very long island but it’s actually divided into three distinct areas. At one end is the bar with a live edge wood top, next to it is the dining table and then there’s the actual kitchen countertop.

A classical kitchen island would usually include lots of storage and in the case of this  stylish space designed by Inglis Hall it comes in the form of 14 removable boxes. The boxes are made of black walnut and add a warm and elegant touch to the contemporary design of the island and the kitchen in general. They also make organization easy and fun.

This home in Melbourne has a very special kitchen which part indoor and part outdoor. The kitchen (and everything else) was designed by Andrew Maynard Architects and it extends onto the backyard deck. The transition is seamless and the exterior section of the kitchen offers extra counter space, extra storage and also serves as a great spot for a bbq and for social gatherings in general.

This kitchen island is basically a huge and amazing aquarium. It was designed by Robert Kolenik, only available in a limited edition and made to measure. Although at first it may seem like this is nothing but a statement piece with very few functional elements in it, that’s not really true. The aquarium is L-shaped, leaving room for a generous storage area underneath the countertop.

If you’re willing to give up storage in favor of a sleek look, you’d probably love this kitchen island designed by studio i29. It has a minimal and slender design and it’s made of stainless steel. Somehow the top has all water, cooking and electrical connections built into it and yet manages to be only a couple of centimeters thick. This allows the island to almost disappear in space.

It’s about time kitchen islands got smarter. This one is designed by studio Tipic and has a beautiful counter made from quartz composite with a sink that sits flush with the top when not in use and can lower at the wave of a hand. That’s possible thanks to a motion sensor embedded under the surface which when activated causes the base of the invisible sink to lower via a piston mechanism. Additional gestures can be used to control the temperature and flow of water.

Italian company Boffi collaborated with Zaha Hadid Design to create a stunning kitchen island that’s a perfect mix of style and function. The Cove island has a fluid and sleek geometry, a large countertop which curves and forms a hollow space below where stools can fit. Drawers, a sink and other storage functions are seamlessly integrated into the island without disturbing its sculptural design.