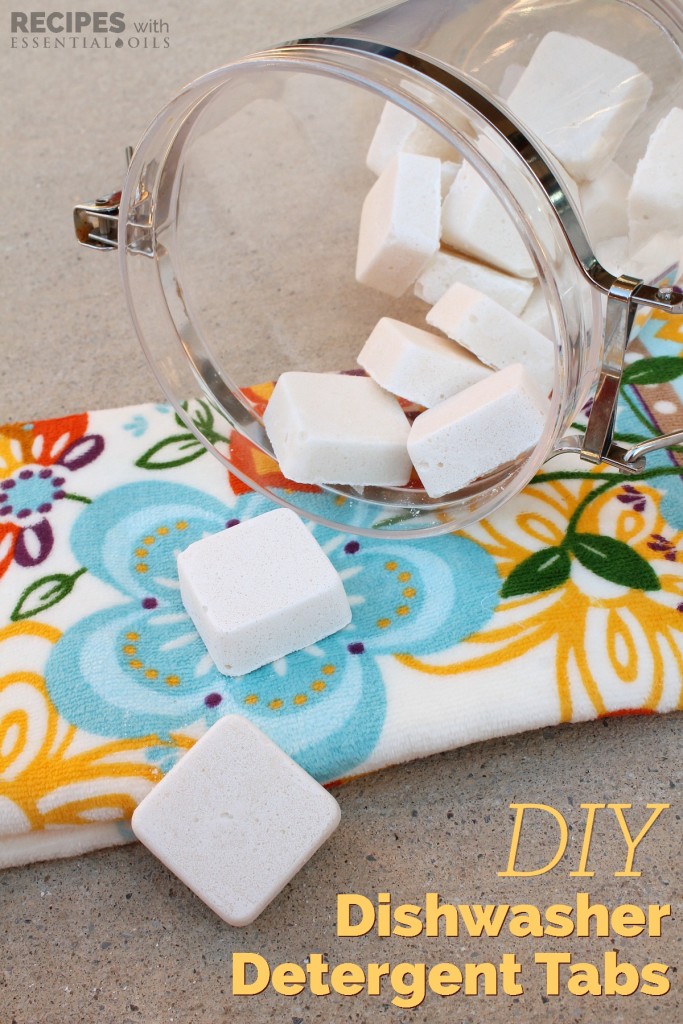 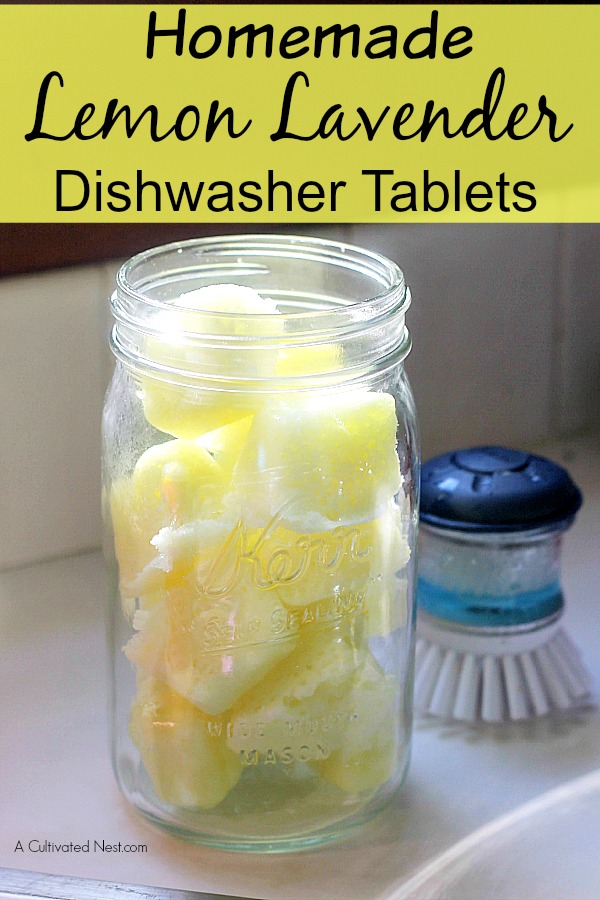 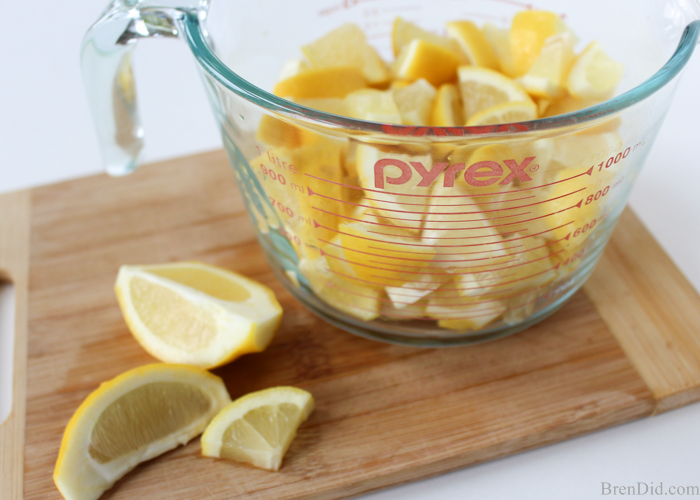 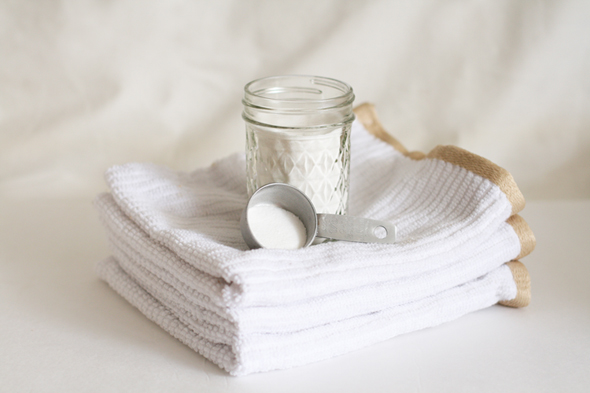 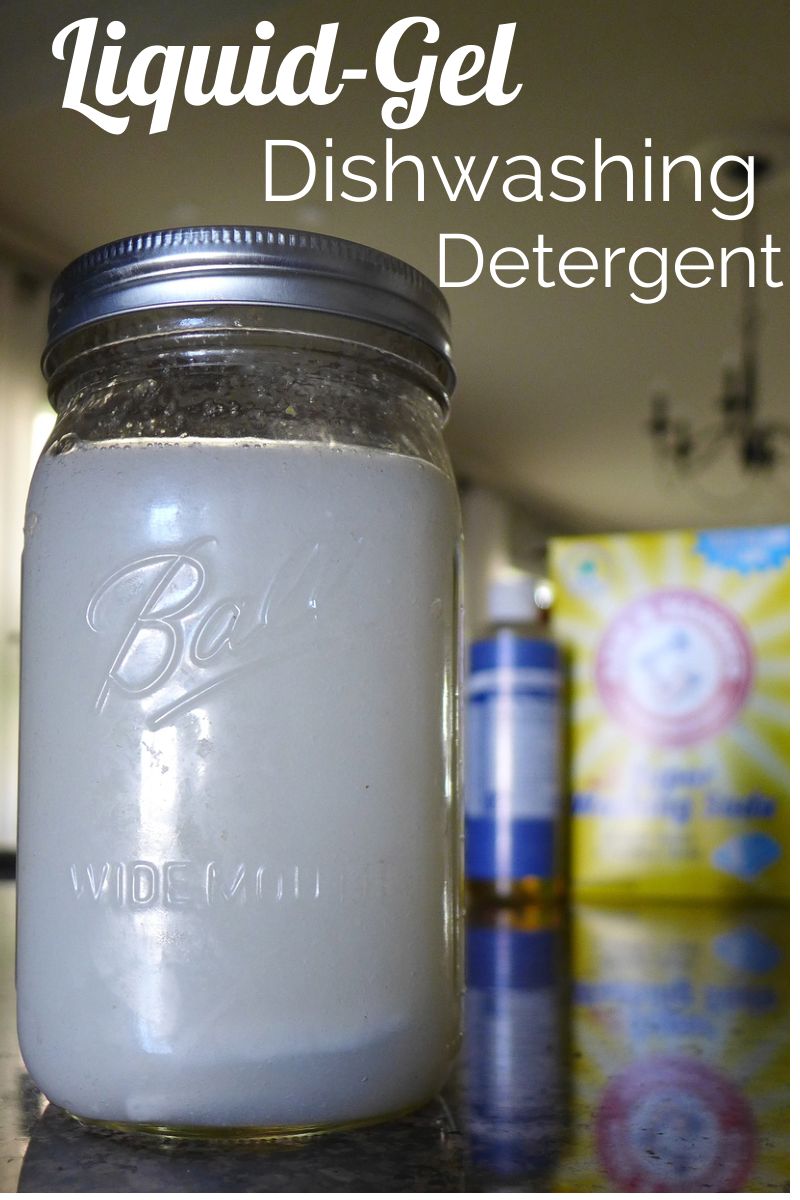 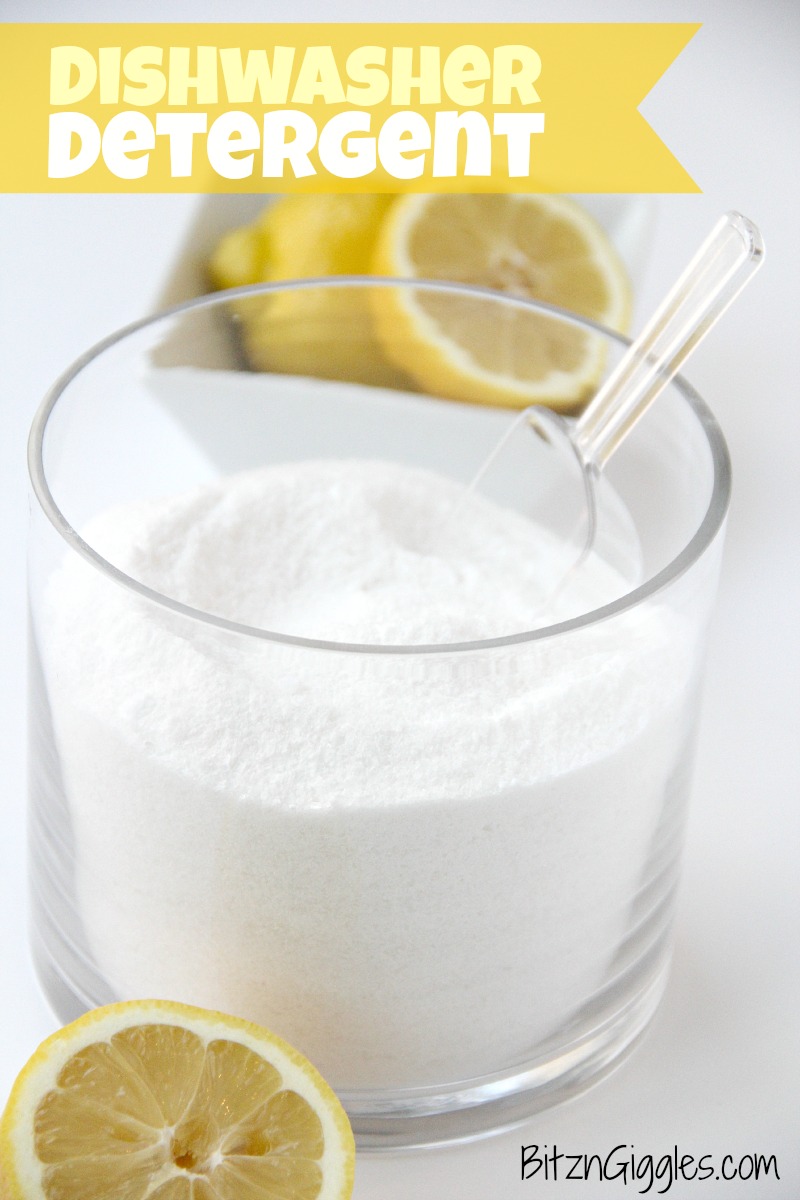 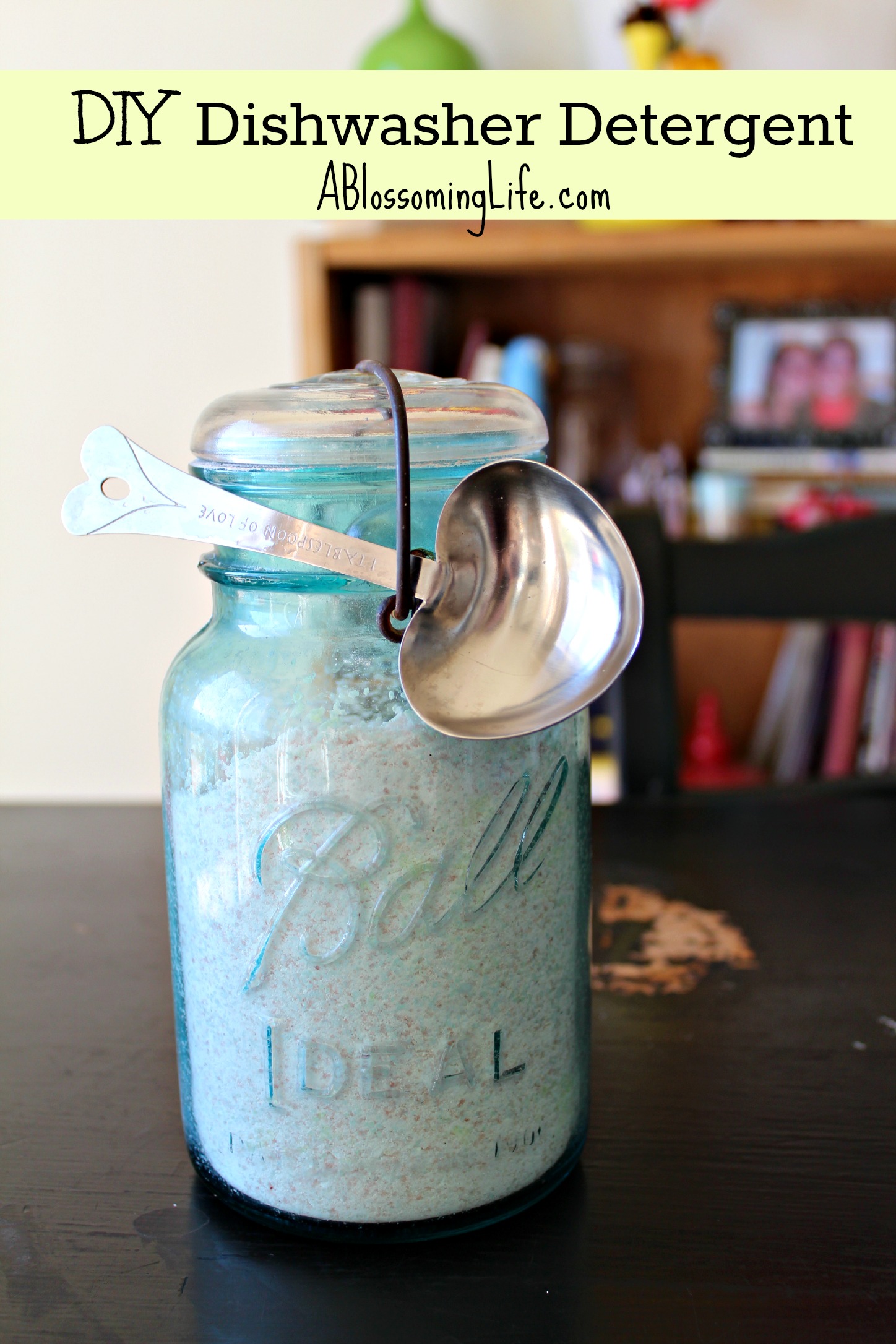 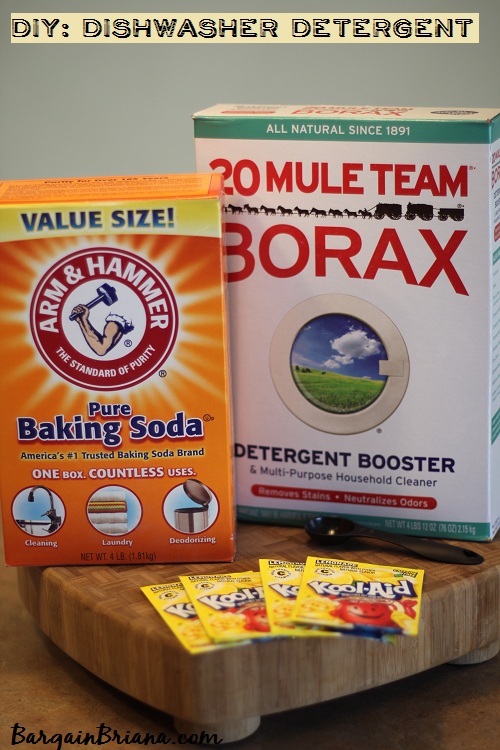 It’s very practical to just go to the store and buy tablets for your dishwasher but that doesn’t mean it’s the only option you have. Maybe you’re not happy with the options available in stores or maybe you enjoy making things at home. Either way, you should know there are a few really good recipes you can try if you want to make your own dishwasher detergent.

One recipe requires you to combine two cups of borax, two cups of baking soda and four packets of lemon kool-aid or hald a cup of citric acid. You’ll obtain a mixture which you can store in a container. Use two tablespoons per load and put them in the dishwasher compartment as usual. A single tablespoon is enough for half a load. Use this mixture and your dishes will be super clean and will also smell nice. {found on bargainbriana}

You can store your homemade dishwasher detergent in a mason jar or in a plastic container and keep it in an accessible place. The recipe described above can also be used in a different way. You can put a tablespoon of the mixture in the pre-wash compartment and another one in the main wash compartment. Avoid using vinegar for the rinse cycle since it will make the dishes smell bad and will wash away any pleasant smell left by the detergent. {found on ablossominglife}.

A different recipes suggests combining a cup of baking soda, a cup of washing soda, a cup of epsom salt and 1/3 cup of dishwasher detergent additive (for the buildup caused by hard water). You can also add 15-20 drops of essential oil of your choice (lemon would be a nice choice) to make the detergent smell nice. Fill the compartment completely when washing dishes. You can also find this recipe on bitzngiggles.

Another option is to make liquid-gel detergent if you prefer this to the powder version. You can use the recipe provided on overthrowmartha. The ingredients required include three tablespoons of liquid soap, three cups of warm water and a cup of baking sofa. Mix these together and use two tablespoons per load. You can put a tablespoon in the pre-wash compartment as well if necessary.

There are plenty of reasons why some people prefer to use their own homemade dishwasher detergent instead of the store-bough tablets and the chemicals used in those are usually the most important of all. You can make a much less scary version by mixing two cups of washing soda, a cup of borax and a cup of baking soda. Mix these together and use two tablespoons per load. {found on weetbasilnspice}.

A fresh recipe for lemon dishwasher detergent can be found on brendid. The version presented here requires the following ingredients: two cups of diced lemon, three and a half cups of water, 4 oz white vinegar and a cup of kosher salt. Put the lemons in a saucepan and add half a cup of water. Heat them to a slow boil and simmer for 20 minutes. Put it all in the blender. Put the smooth mixture back in the pan along with vinegar and salt, cook for 10-15 minutes, cool and store.

If you don’t like the idea of having to measure the detergent every time you wash the dishes you can also make your own tablets. Combine a cup of borax, half a cup of epsom salt, a cup of washing soda, half a cup of lemon juice and 8 drops of lavender essential oil. Combine everything except for the lemon juice in a bowl and then add the juice a tablespoon at a time until the mixture becomes damp. Then put it into ice cube trays and press firmly. Let them dry and remove them. {found on acultivatednest}.

You can also find a recipe for homemade dishwasher tablets on recipeswithessentialoils. The ingredients required are: 1 and ¼ cups of washing soda, 3 tablespoons of salt, 45 drops of citrus fresh essential oil and half a cup of water. Combine everything in a bowl and then put the mixture into square silicone molds or ice cube trays. Let it dry completely and them remove the tablets and store them in an air tight container.