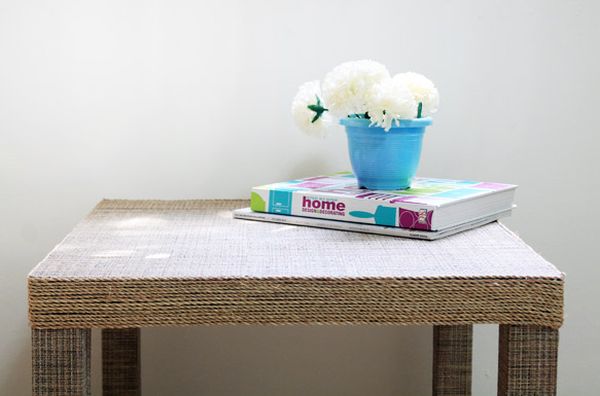 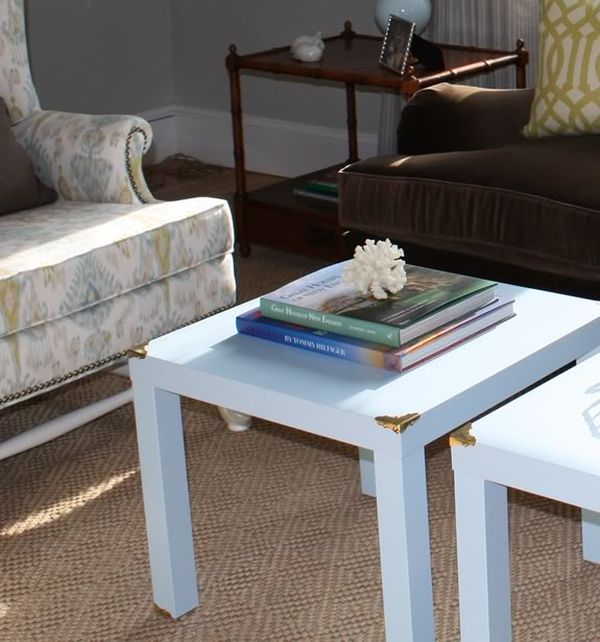 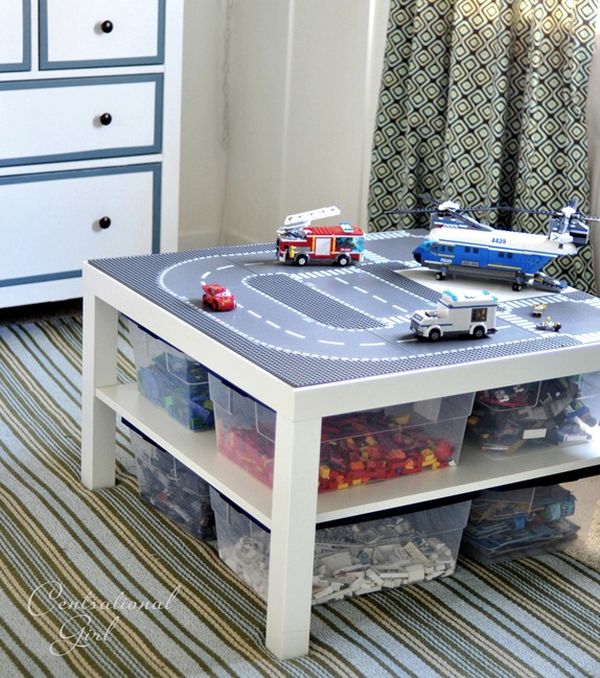 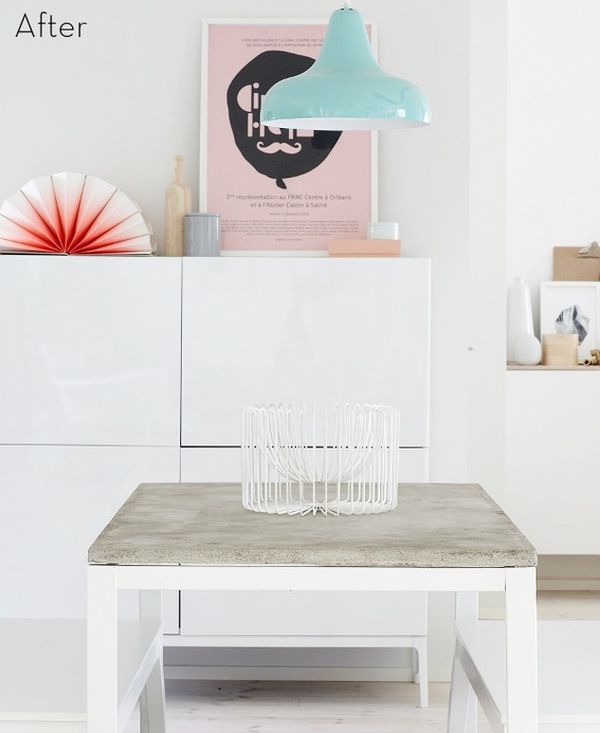 We often find all sorts of projects which are considered IKEA hacks. They are usually cases when someone tries to copy a certain piece produced by IKEA using cheaper materials on projects where an actual IKEA piece is given a makeover and a different look. This time we’re going to focus on the IKEA Lack Table and we’re going to take a look at 5 DIY projects.

For this project a regular table got transformed to match a beach themed décor. The materials used included nylon woven placemats and sisal rope. White glue was used for the tabletop but it wasn’t a good choice for the legs. Contact cement was used for those parts. Four placemats were enough for the table. Rope was wrapped on the uncovered part of the led and the table got a new texture and a new look.{found on whatelsemichelle}.

Here’s another project featuring the same simple table. This time two Lack tables were actually used. They needed to feature a style that would match the campaign style furniture used in the room. The tables had a sky blue finish. Other supplies include 16 brass corners. They were just tapped into the very outside corners of the table top and feet. It’s a very simple project.{found on littlegreennotebook}.

The same IKEA Lack table was also used for this project. It became a wonderful play table where all the Lego pieces can be stored. It’s a project that’s great for both the kids and the parents. The whole idea is to add a shelf under the table so boxes and containers can be stored on it. Then you can also add another row of boxes underneath the shelf. You need road plates and containers for the toys. Your kid will be more organized and the room will be cleaner.{found on centsationalgirl}.

This is a simple and quite charming table makeover. The table had a nice design but the melamine top was not exactly perfect. So a concrete top was added. The table got a modern look and it also became more resistant. It has a charm that couldn’t be recreated with other materials.{found on curbly}. 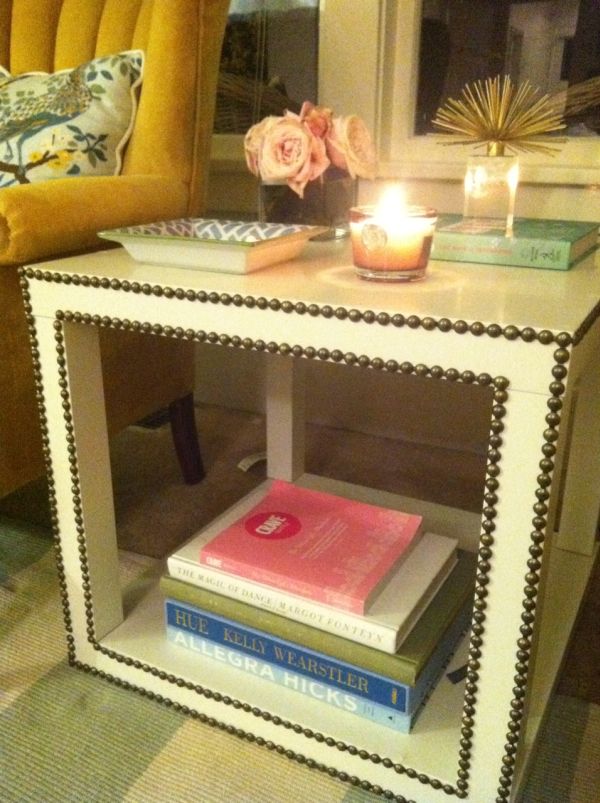 This used to be just a simple IKEA Lack side table. It got a very interesting makeover. For the project two identical tables were actually used. One was fully assembled and the top of the second one was glues to its base. Then strip nail heads were used to replicate the nail head side table from Clayton Grey. It’s a quite inspiring project.{found on ikeahackers}.