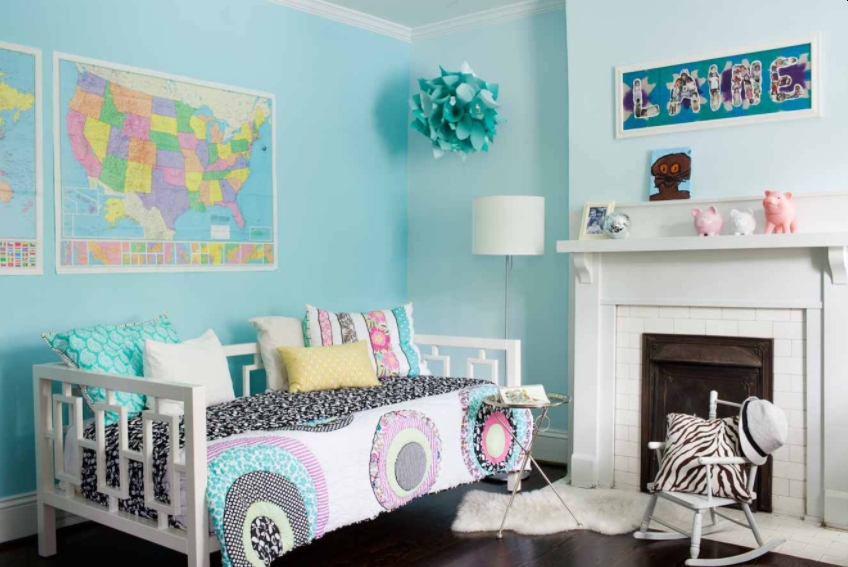 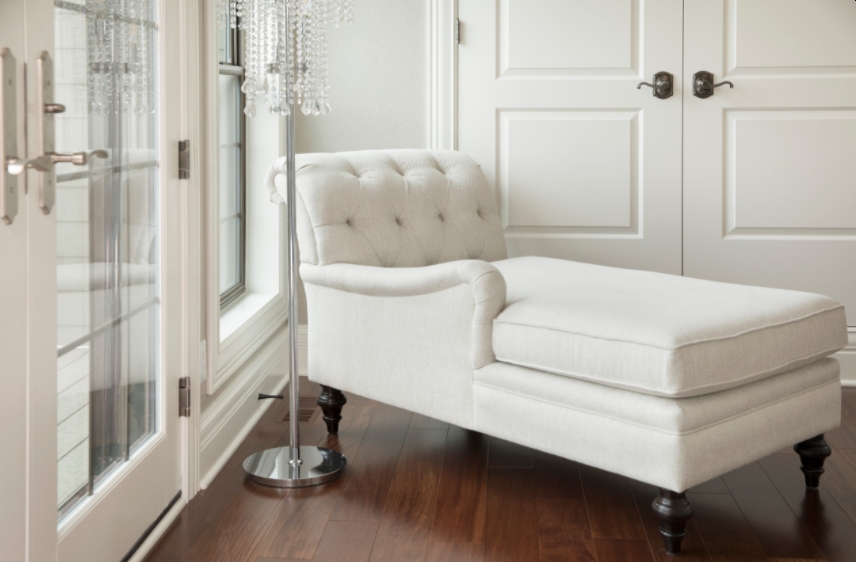 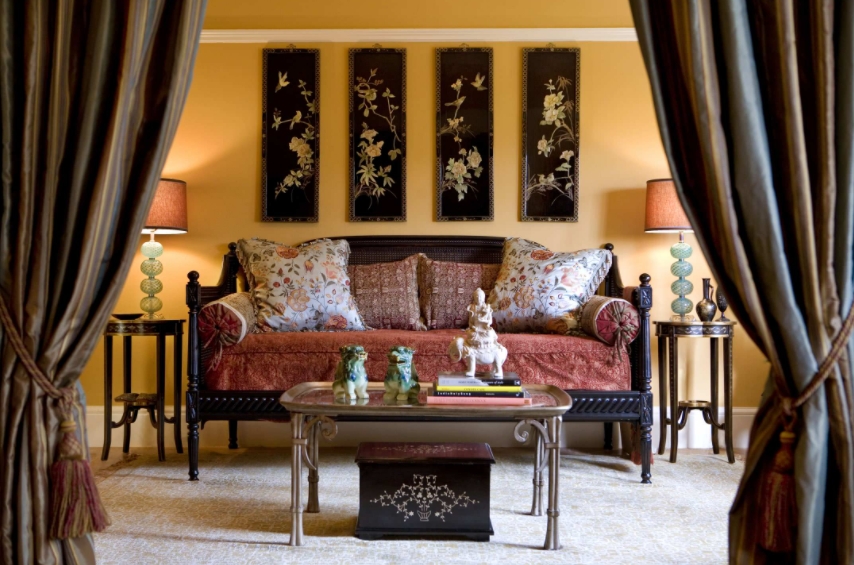 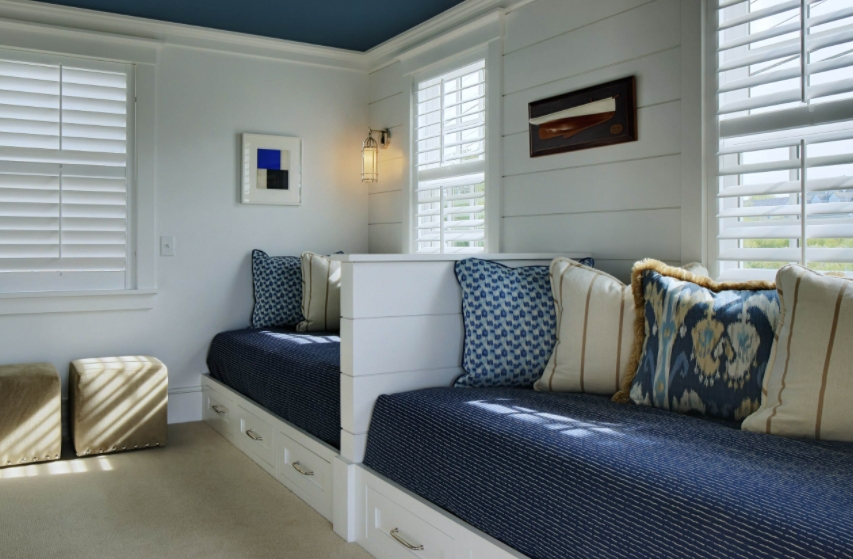 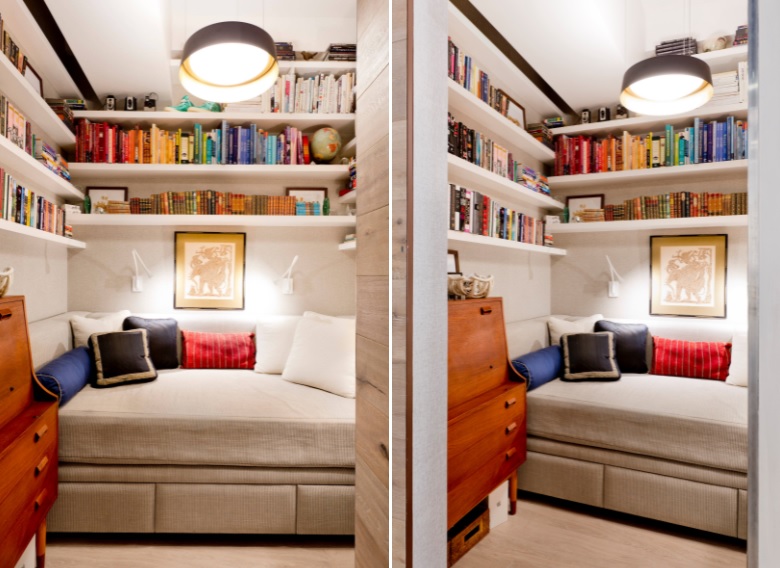 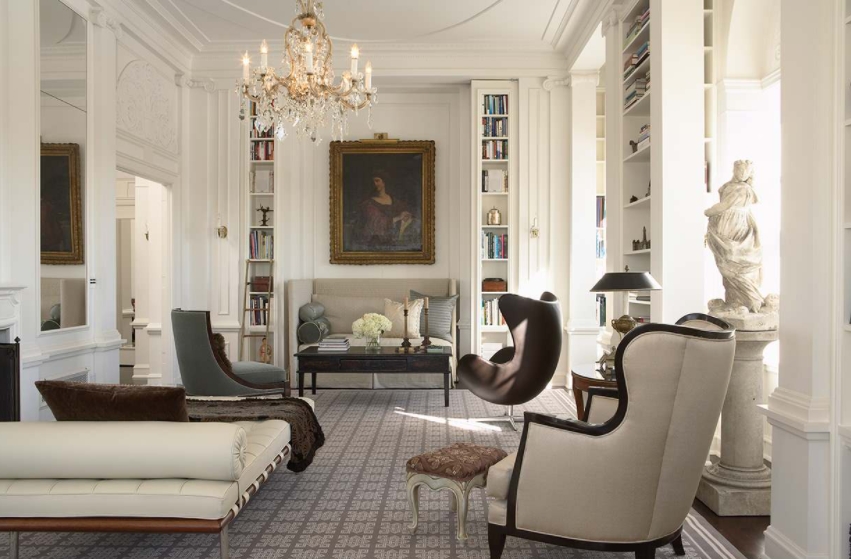 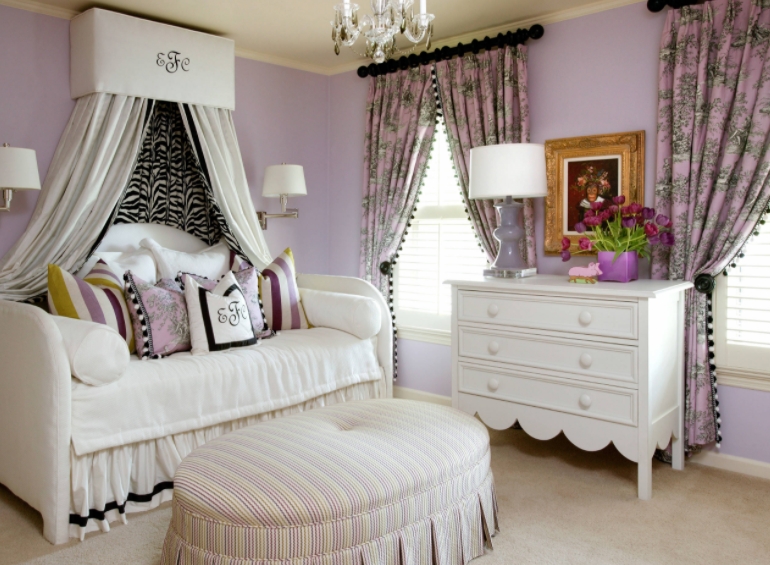 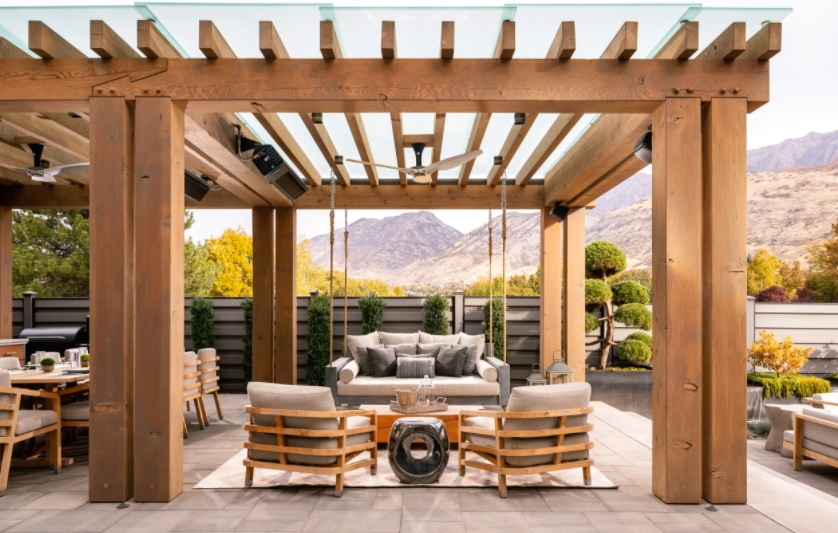 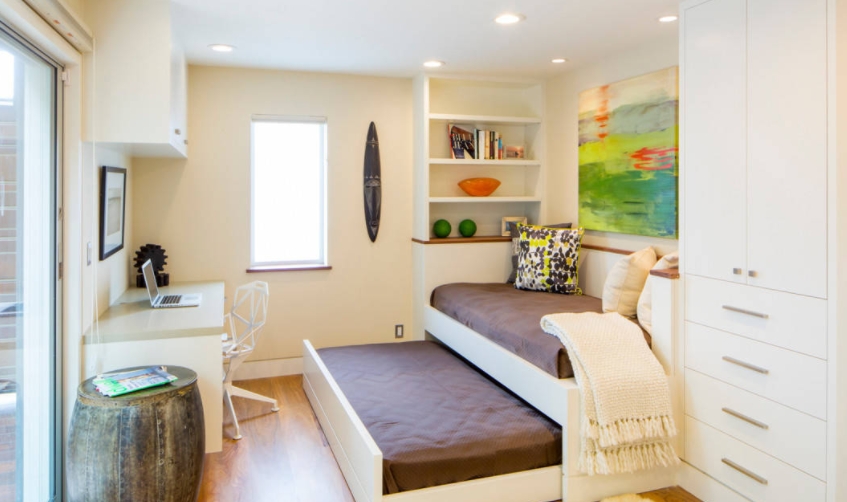 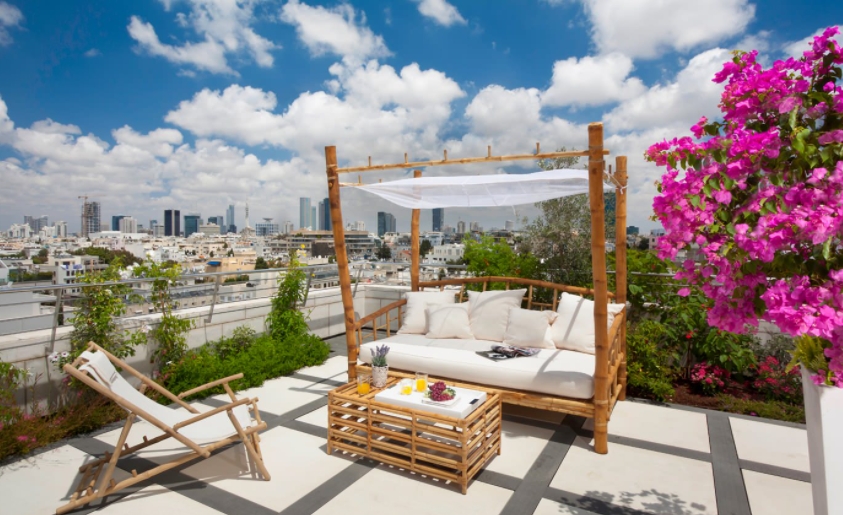 Daybeds are alluring, attractive, and comfortable places to nap and spend your leisure time. But knowing exactly what a daybed is and how to use the term isn’t something most people in today’s world know.

What Is A Daybed And Why Use A Daybed In The Living Room?

Daybeds are beds that are used for lounging, reclining, and seating. They are most commonly found in common rooms that guests frequent. Daybeds are usually a twin-sized bed that has three raised supports instead of the typical two.

Today, both indoor and outdoor daybeds are equally popular. A good way to spot a daybed is to imagine it is a baby bed only with one of the sides removed. It looks like this type of bed with three sides.

There are a few other types of seating options and beds that are often confused with daybeds. Here are the most common ones that you may assume are daybeds and what actually makes them different.

The chaise lounge was first found in ancient Egyptian tombs by archaeologists who believe they were first used around 3000BC. During this time, they were probably made from wicker, wood, and veneered in ivory.

By the 8th century BC, the Greeks were quite fond of chaise lounges. The seating has always been associated with wealth and that hasn’t changed. The modern chaise longue were designed to be a resting place for daytime naps.

They are still used for this reason or for an accent piece in living rooms and bedrooms. Although do look similar to some daybeds but do not contain a mattress. They have two or three half-sides and generally lean back slightly on the end.

A futon is usually meant for guests or for naps. Traditional, futons are Japanese mattresses that can be folded up to store in a closet during the day. But in Western culture, futons are sofa-like furniture pieces that fold down into a bed.

Unless futons are very good quality, it’s not a good idea to use them as your primary sleeping place. Most of the time, the bars can be felt through the mattress, but there are occasions where they feel like a bed.

When folded up, a futon can look a lot like a daybed but are generally lower to the ground. However, daybeds don’t fold out like futons do and look more like beds than futons, which look like sofas.

A knole sofa is easily recognizable to those who have seen one before. They look like sofas with high backs and arms level with the back. They usually fold down with all arms and backs leveling with the seat.

It was invented in the 17th century and has been a model for every sofa ever built since that time. Knole sofas are rare today so finding one, especially a genuine one, is a special treat for whoever scavenged it.

There are many rumors as to why the Knole sofa was invented. The most common, and most likely, was for ladies with large dresses to sit comfortably by lowering the sides to accommodate a dress of any size.

A sleeper sofa is a one-of-a-kind. It is simply a sofa that has a bed that folds out. Many people have sleeper sofas in their basements, guest rooms, or teen rooms. But they aren’t as popular as they once were.

Many people assume that futons and sleeper sofas are the same but they really are not. Futons fold down while sleeper sofas fold out. Sleeper sofas also have a mattress hidden inside while futons have cushions that are always visible.

One of the most famous trundle beds belonged to Laura Ingalls Wilder, who speaks of it in her books. She slept in the trundle part of the bed while her sister Mary slept on top. This was a common way to save space in the 1800s.

However, the original trundle beds weren’t drawers, but simple beds that slid underneath higher beds and reserved for the servant of whoever slept in the original bed. Today, they are more refined than they once were.

Daybed In The Living Room

When used in a living room, daybeds can be used for naps, for guests to relax on, or to take some time away and read. These are all their traditional uses whereas today they are often used as standard beds.

Daybed In The Living Room And Other Rooms

There are many ways that you can use daybeds in your home, like a cute daybed in the living room. But you can put it in almost any room in the house so it’s truly up to you. But if you need inspiration, then you’ve come to the right place.

A traditional daybed doesn’t look exactly like a modern daybed. That’s because traditional daybeds were not meant for nighttime comfort. They were stiffer and made to look nice during the day, even when in use.

These daybeds would have wicker or dark wooden bases. Then they were covered in dark, yet colorful fabrics. Experiment with a traditional daybed to find what works for your space and design style.

Double daybeds are great for kid rooms and guest rooms that may house multiple guests. They normally share a headboard or footboard which separates the two people sleeping in the beds, giving them their own space.

This works just like a bunk bed but still takes up almost as much space as two beds. However, the look is unique, quirky, and can be great for seating during the daytime and sleeping during the nighttime.

Daybeds were often used as reading nooks due to their comfort and space away from the action of the sofa and other furniture. If you have a space just big enough for a twin mattress, it can be the perfect spot.

Fill the walls with shelves and slide a daybed into place. This will definitely be someone’s favorite place in the house but also may gain you, new visitors, if you have many bookworm friends because it is much too alluring.

Instead of making the daybed stand out, a good choice is to make everything on the wall and bed the same color. This is relaxing and great for those who have a tough time with everyday stress, needing a calm nap.

Neutrals are a good color but black is too dark and white is too stark. Cream is the most common choice for this design and can work wonders. It is a cool color yet has the warmth of creaminess to make an area toasty.

A parlor is a traditional place for a daybed, and is similar to an old-fashioned daybed in the living room. Today, parlors are rare as they are generally called living rooms and serve a slightly different purpose than parlors in the 1800s. But you can bring them back.

A daybed is often placed in a parlor as extra seating and a quiet place to take a nap when guests aren’t around. The parlor is always closed in and not for open-concept homes as this doesn’t give enough privacy.

Teen rooms are perfect for daybeds. You can add a canopy to really dress one up and comforters to make the bed even more refined. Pile it with pillows to make it as inviting as ever and add your teen’s favorite colors.

Trust me, every teen has dreamed of a daybed at least once in their life. They are more expensive than traditional twin sized beds but if you shop at the right places, you can find one at an affordable price.

Daybeds can be turned into swings that are safe for indoor and outdoor use. Most of the time, they don’t swing very far or very high, are being made for napping in the afternoons. This is perfect for mild climates.

A daybed swing is as relaxing as a hammock but looks much higher-end. You can even add one to a BBQ area for seating during parties and family gatherings. Although someone will end up taking a nap!

Again, a trundle bed can be a daybed but not all trundle beds are daybeds nor are all daybeds trundle beds. But merging the two can give you the best of both worlds. You can turn one bed into two beds!

The best part about this is that not only does it not take up extra floor space but it also is the same height as a regular bed. This is one thing that makes it better than a bunk bed in terms of space it takes up.

Who said daybeds can’t be outdoors? Just like the swing daybed, a traditional daybed can also be put outdoors. This type of daybed generally looks more like a futon as it will use outdoor cushions, but it is just as attractive.

If it is nice weather, it will be very difficult to not take a nap on an outdoor daybed like this every chance you get. After all, that’s what daybeds are for. So if yours makes you want to take a nap, then you’re doing it right.

Can You Put A Daybed In The Living Room?

Yes, today, we focused on adding a daybed to the living room. This is a really wonderful way to spruce up a living room and make it more inviting. People may scrunch up their brow at first, but it grows on one fast.

Can You Put A Daybed In The Bathroom?

Now, this is a difficult question. Even adding a daybed to the kitchen as a reading/breakfast nook can work. But the only way to have a daybed work in the bathroom is to have a bedroom/bathroom in one room.

Can You Turn A Regular Bed Into A Daybed?

You can if you get a daybed frame. You can also build your own which will be just like building any type of bed frame only this time, you build a back instead of just the ends. Then you have a daybed!

Can You Add A Trundle To A Daybed?

A trundle can be added to a daybed in any room. A trundle bed is a bed that is inside of a drawer and slides out from under another bed. Since daybeds are usually lifted on legs, this works out perfectly.