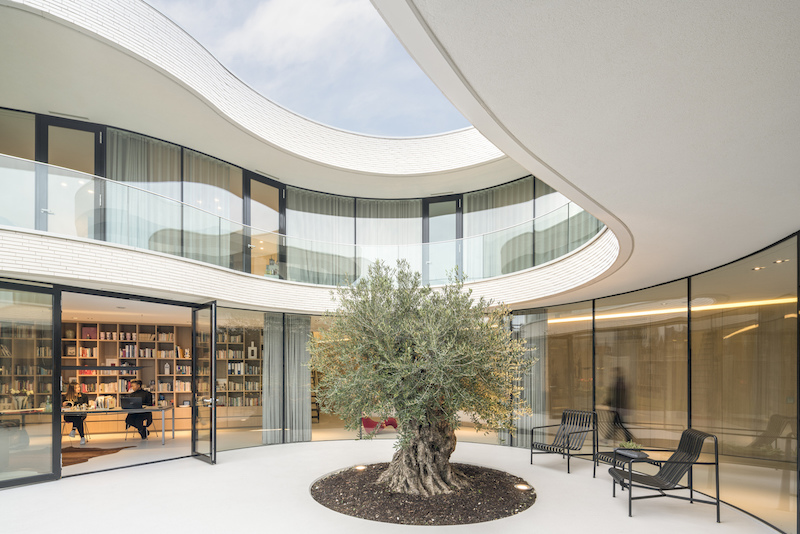 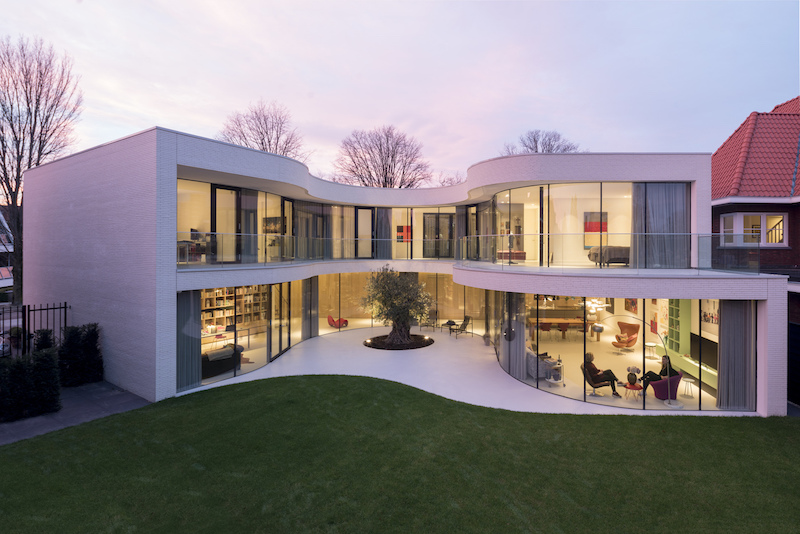 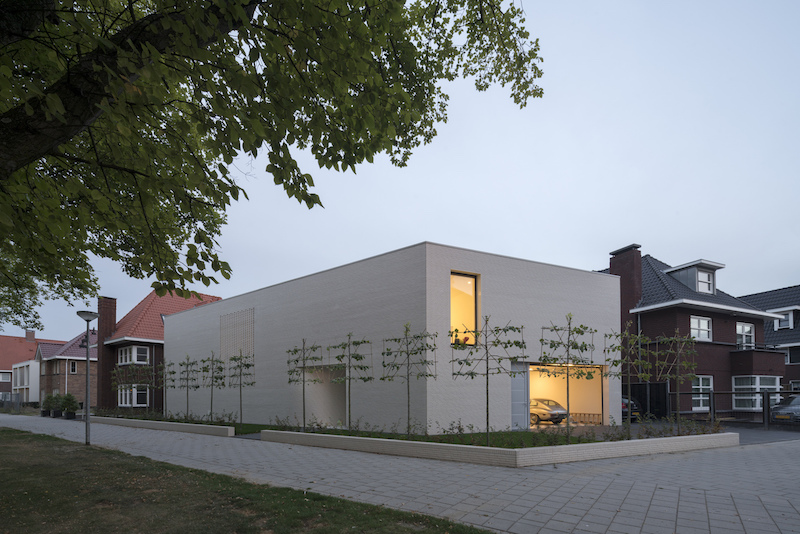 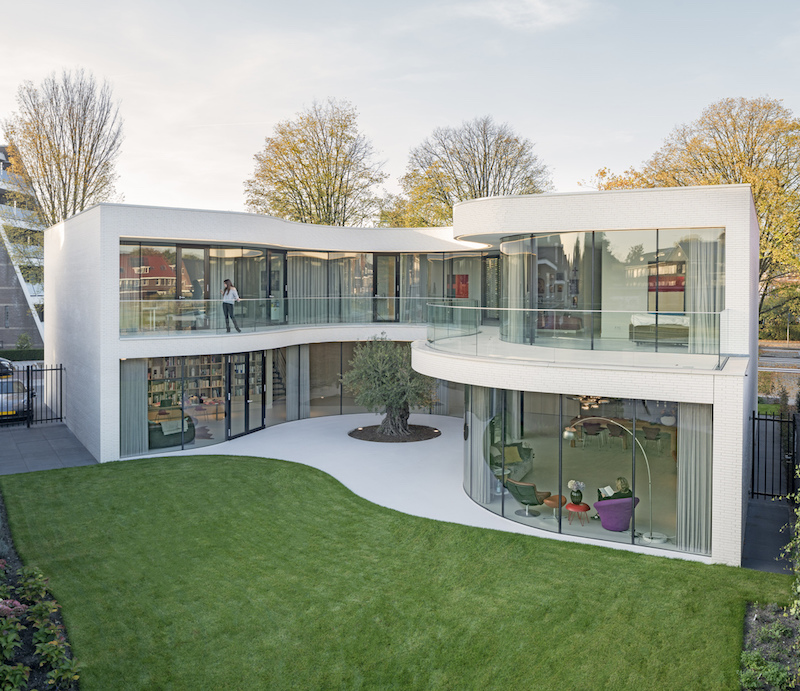 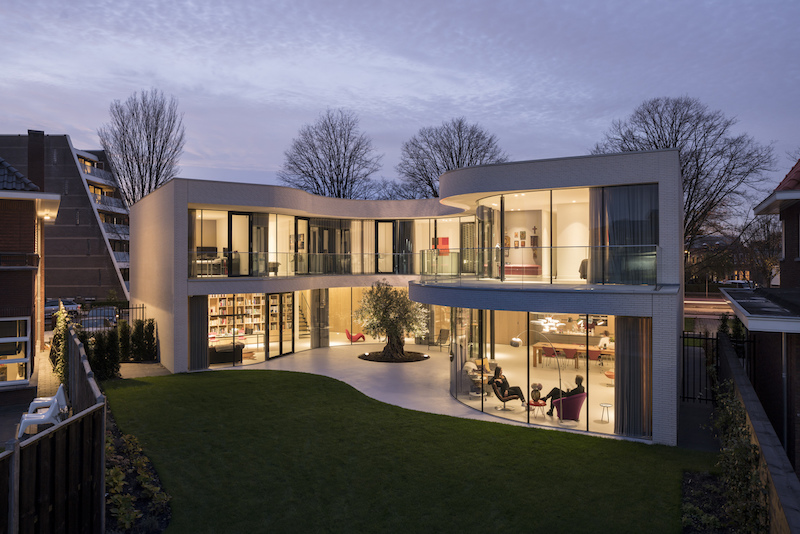 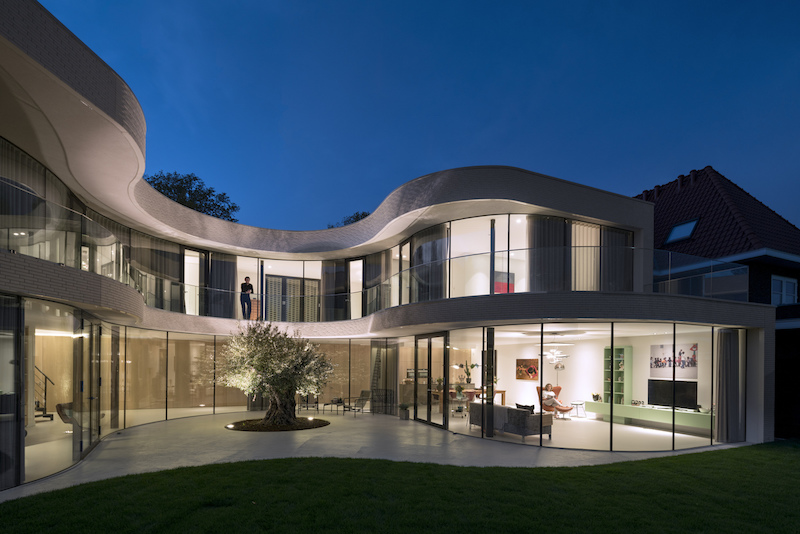 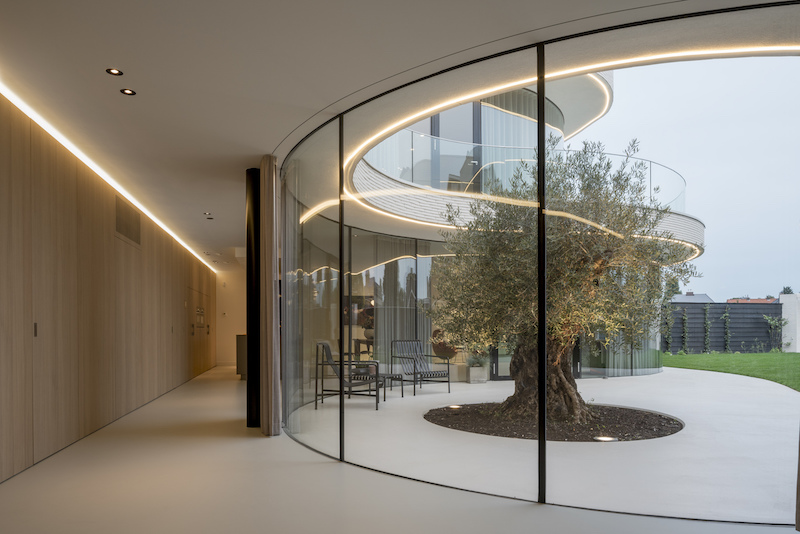 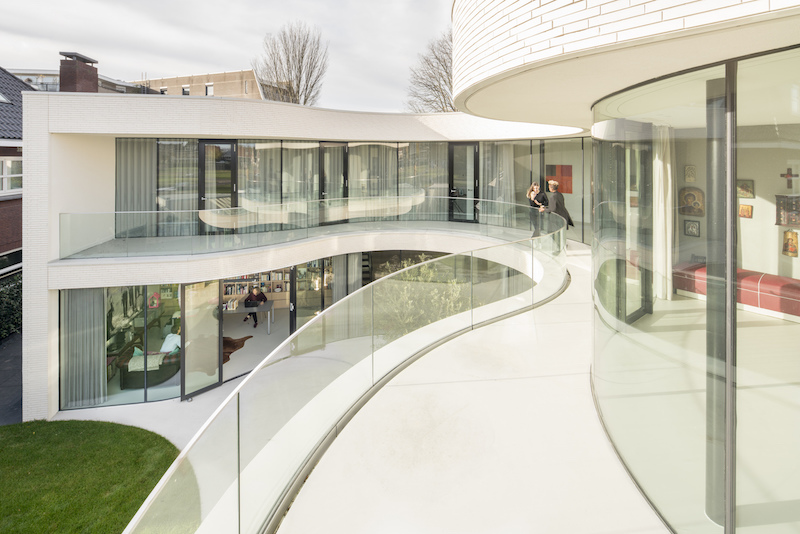 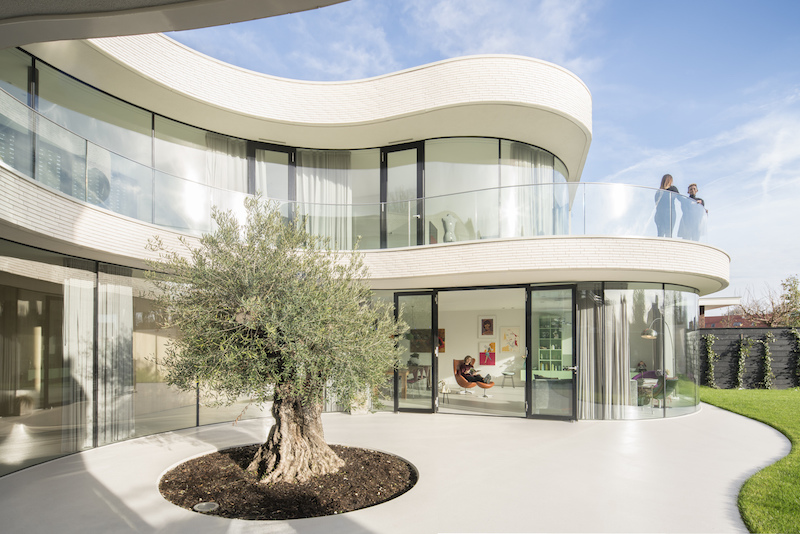 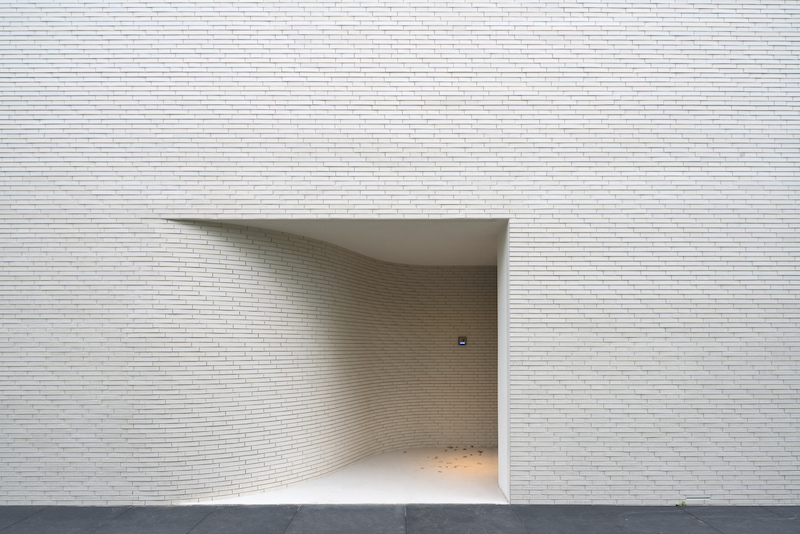 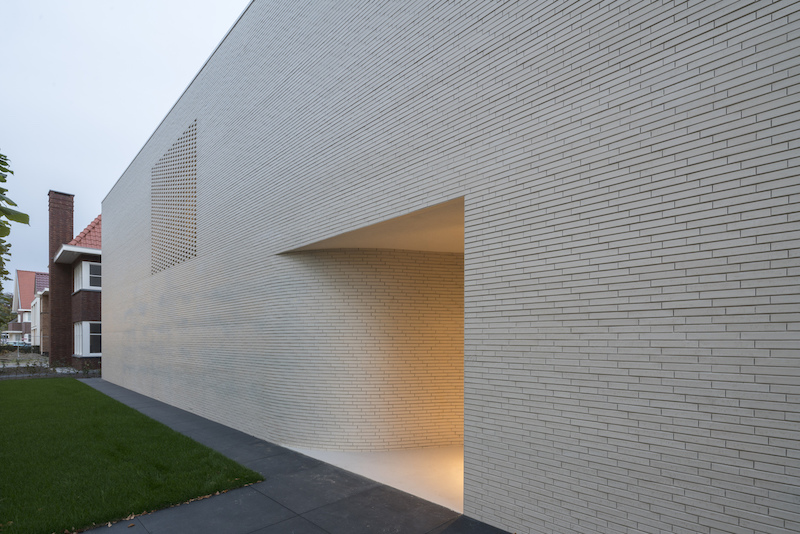 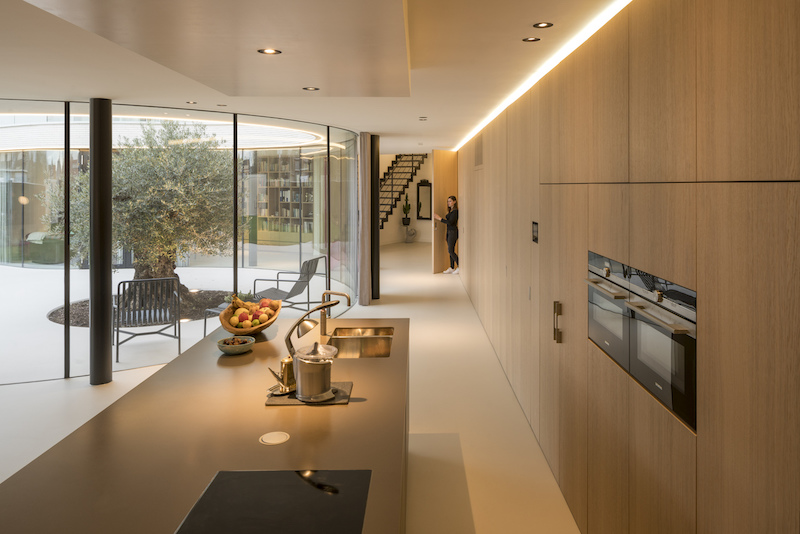 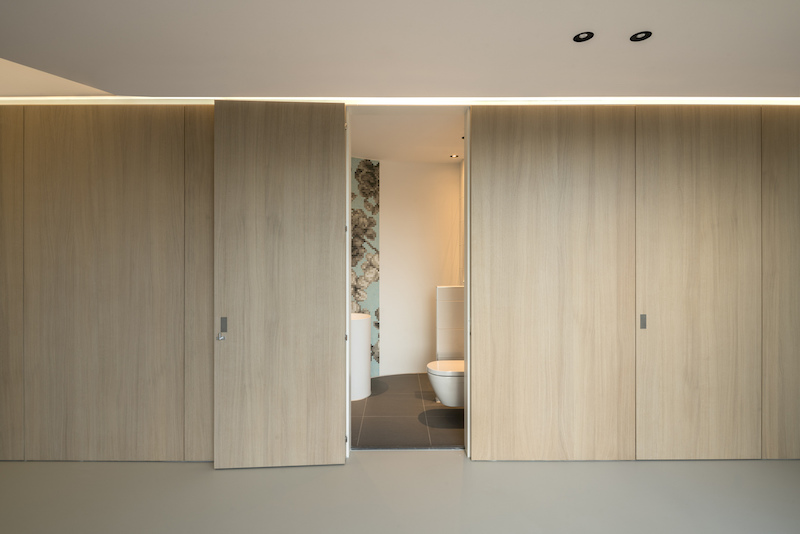 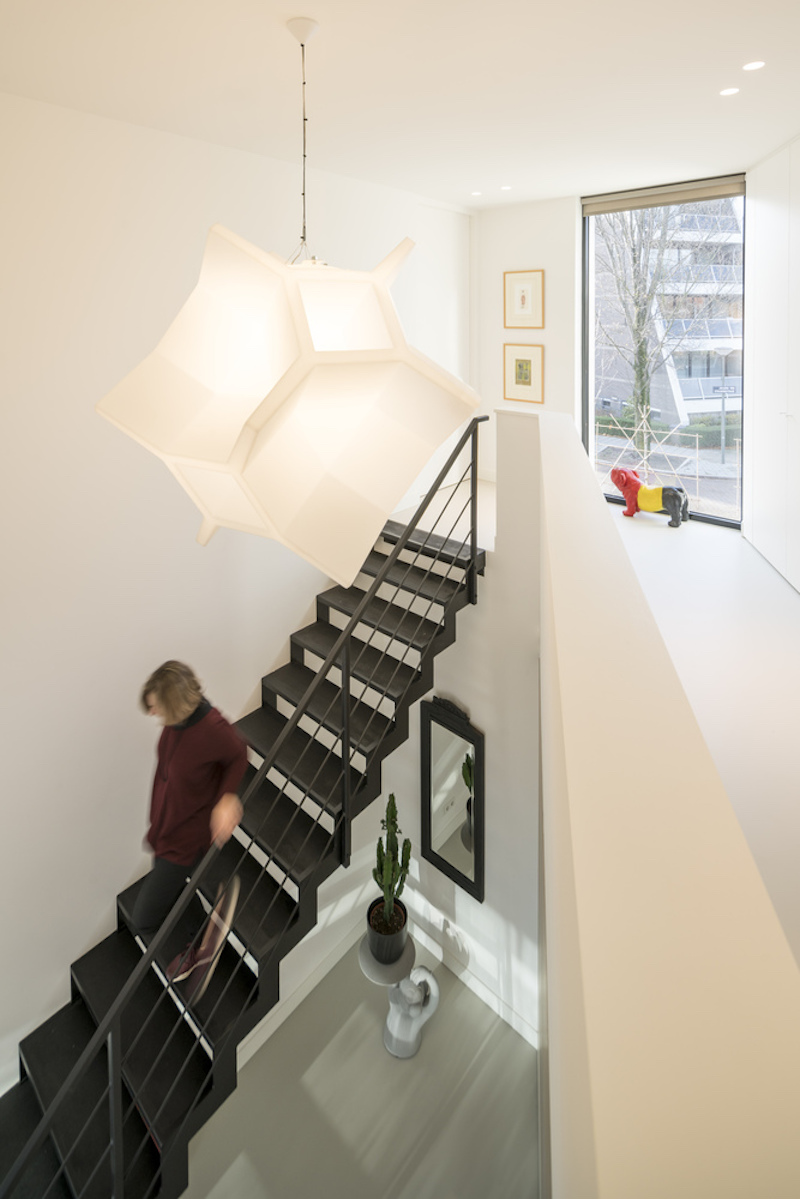 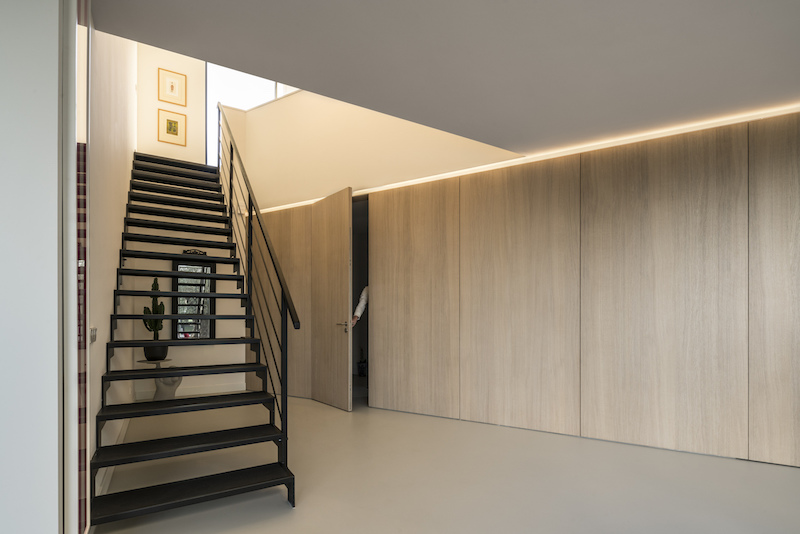 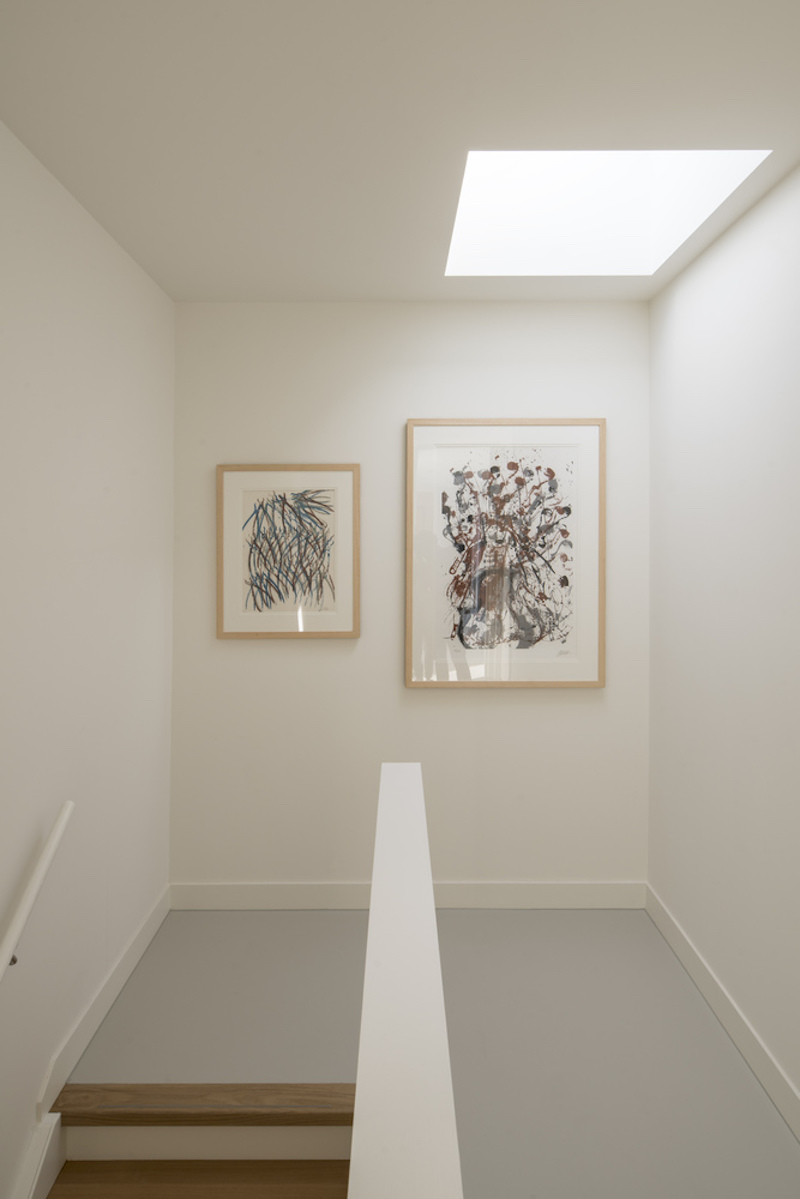 Casa Kwantes is definitely not the type of house that would blend in, especially in a traditional setting which is pretty much how you could describe the surroundings in this part of Rotterdam, The Netherlands. The house was a project developed between 2014 and 2016 by MVRDV, a practice founded in 1993. The studio’s highlight collaborative, research-based design method inspires them to offer unique solutions to contemporary architectural and urban issues.

The residence’s 480 square meter program is organized on two levels with spaces that open onto a garden. The overall design is inspired by the modernist architecture of the 1930’s, being defined by a few elements such as strong contrasts between the flat and fluid surfaces or the open and enclosed spaces but also by a design trajectory that’s a bit more avant-garde compared to the neighboring buildings. This vintage-modern direction is also emphasized by the ivory brick facade.

The client wanted the house to offer a strong sense of enclosure and, at the same time, to receive lots of daylight and to include open-plan spaces. This perfect balance was achieved by the architects by giving the house two very different facades. The rear facade faces the garden and is completely open to the outdoors, featuring full-height windows, curved walls, a patio and, the focal point: a single olive tree at the core of it all. In contrast to all this, the street facade has no windows and its brick structure is defined by straight lines and angles.

Another interesting detail about this house is the fact that it features a clear day-night separation. The bedrooms are all placed on the upper level, sharing a balcony while the public spaces such as the lounge area, the kitchen and the dining space are on the ground floor, framed by the curving glass facade and with views of the beautiful olive tree.

The entrance is like a gentle fold into the brick facade, being almost hard to spot. It seamlessly leads you into the house, making the transition really smooth and pleasant.