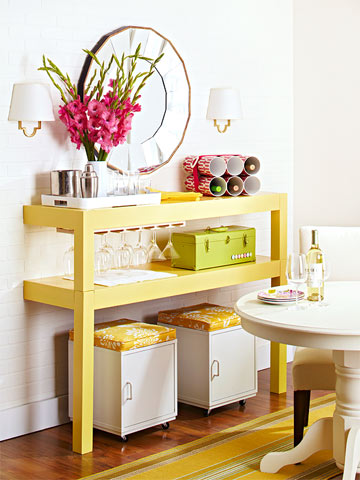 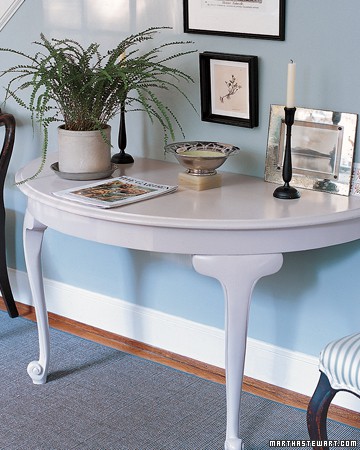 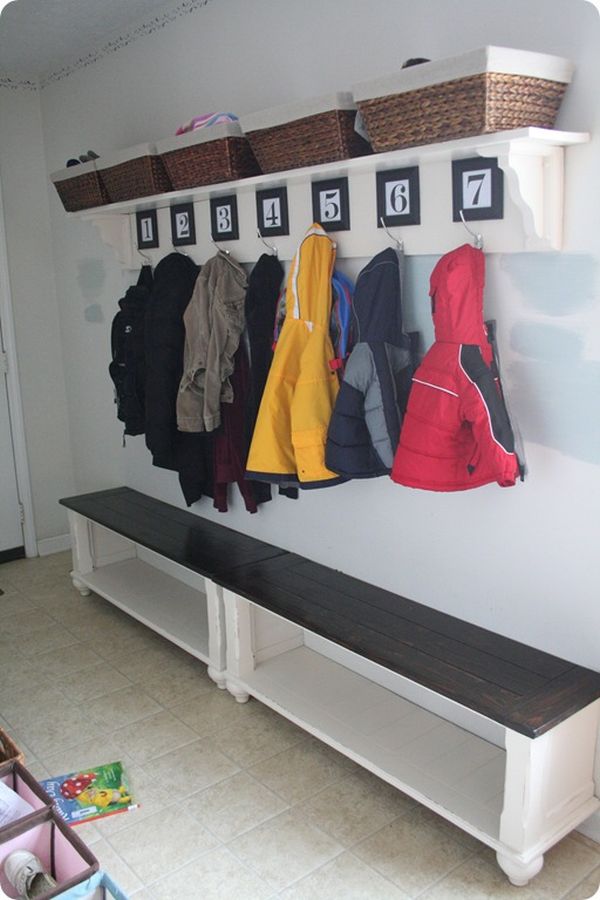 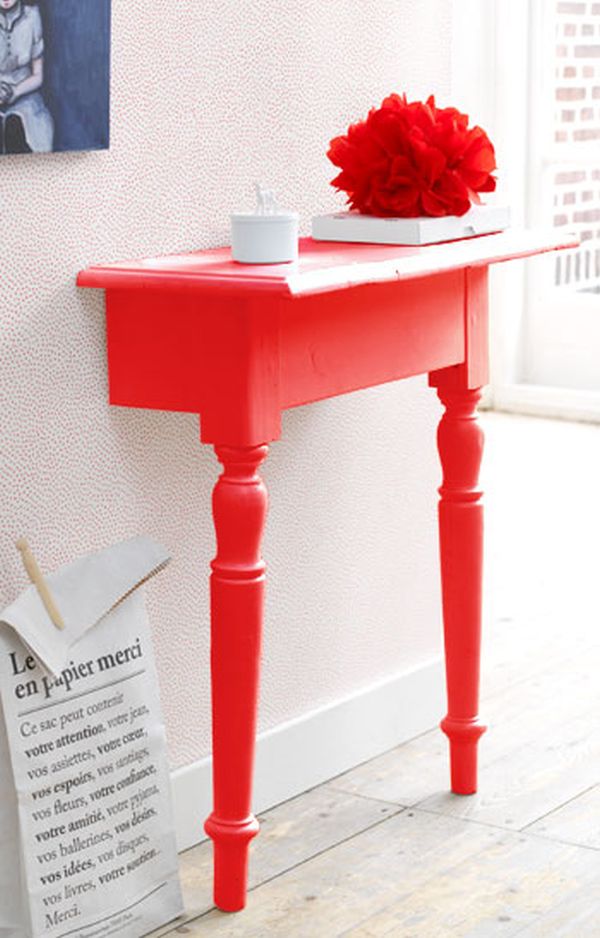 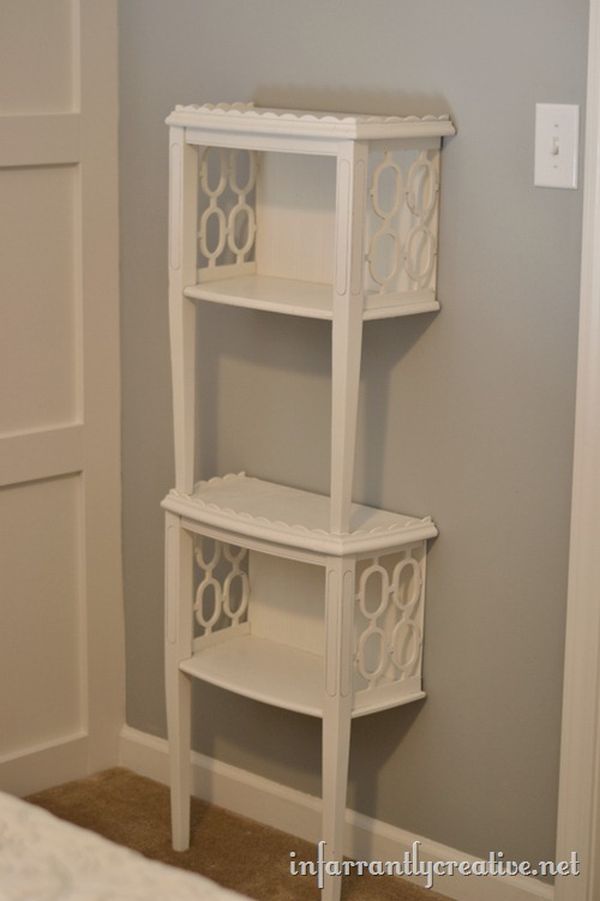 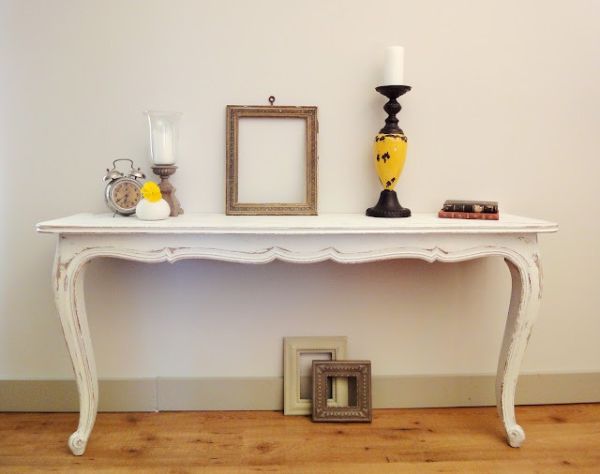 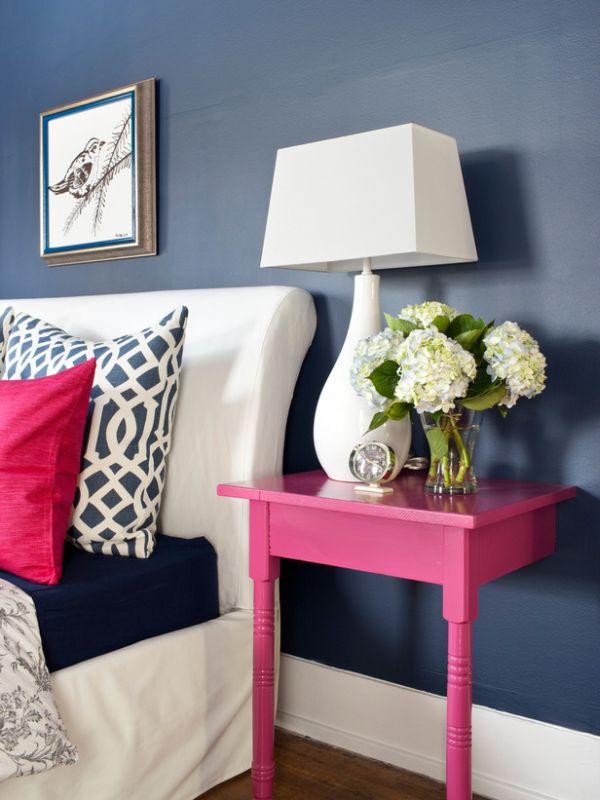 Usually when you only have half of the piece of furniture you wanted it’s not exactly useful. There’s not much you can do with half of a bed but there might be something you can do with half of a table. In fact, there are plenty of designs features cut in half tables and the whole idea behind them is to save space, to impress and to be original. Here are a few examples that you can use as a guide when you decide to start your own project.

There are lots of things that you can do with a regular unused table. For example, you could turn it into a pair of night stands. We’re going to show exactly how. Frist you need to find a small wooden table. Then gather the other materials: tape measure, a pencil, a 1×2 wood trim, a drill, some wood screws, some paint and sealer, an extension cord, plastic sheeting, a table saw, sander and a damp rag. Start by cutting the table to size. Then remove the existing finish and apply a new one. Apply the sealer and let it dry. Then create a cleat and install it. After that, attach the table to the cleat and enjoy your new nightstand.{found on hgtv}.

An unused dining table can also be turned into a pair of console tables. You also need to start by cutting the table in half. You can detach the legs first to make it easier. The two halves can each become a console table and you can give them each a unique look. You can paint them or stain them to give them more character. Then find the spot where you want to place them and attach them to the wall.{found on remodelaholic}.

There are lots of ways in which you can transform a table. When you cut a table in half, the two pieces can either be sued individually or recombined in a different way. For example, this lovely little table became a stacked end table shelf. First the table was cut in half. Then it was sanded and repainted. After that, the two halves were installed on the wall. One became the base and he second one got stacked on top of it. It’s still the same table but reconfigured in an unexpected way.{found on infarrantlycreative}.

Here’s another example of a beautiful console table. As you can see, it used to be a regular dining table. It was cut in half and turned into an eye-catching piece for the hallway. To make a similar transformation you’ll need an old table, some acrylic primer, paint, sander and a saw. Cut the table in half, degrease it and apply the primer, then the paint. Attach it on the wall and enjoy your new console table.

But dining tables aren’t the only ones that can be transformed. The type of table dictates the transformation. For example, a coffee table can either become a nightstand or a bench. This coffee table was cut in half and then repurposed as a pair of benches for the entryway. The design of the table was perfect for this project. It allowed for a storage space to also be created and it’s perfect for all the shoes that usually make this part of the house look messy.{found on 320sycamoreblog}.

The shape of the table can also change the project. All the projects presented so far focused on rectangular tables. This time we’re going to take a look at a console table from one half of a round dining table. Transforming such a table is actually very simple and doesn’t differ much from what we’ve already shown you. Just cut the table in half and make sure the line is straight. Prime, sand and paint the console table and attach it to the wall. Then decorate it and make it beautiful again.{found on marthastewart}.

If you’re creative, you can also come up with other ideas. For example, you could turn an old and unused table into a buffet. For that, you would need either a small rectangular table or a desk. Cut it in half lengthwise and cut the legs on one half to make them shorter. Paint the two pieces and then secure the bottom half to the wall using a wooden cleat. Stack the other piece on top and secure it to the bottom section and to the wall.{found on bhg}.