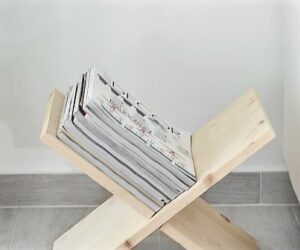 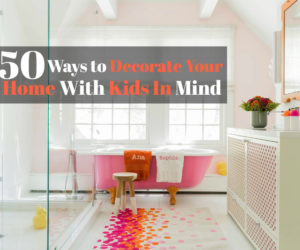 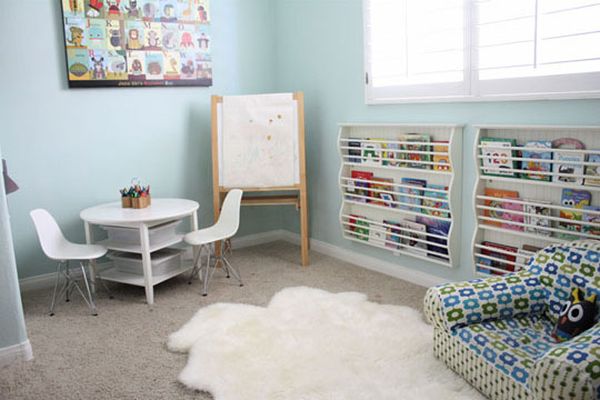 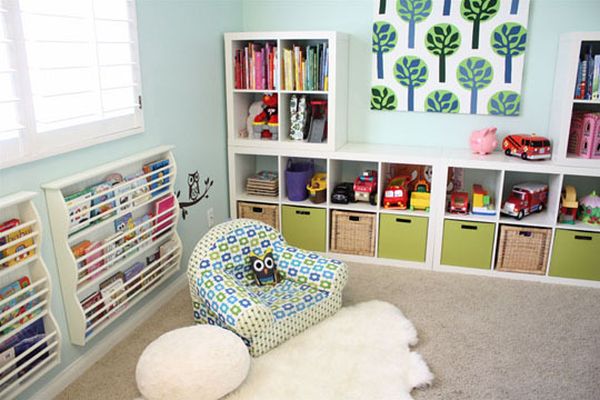 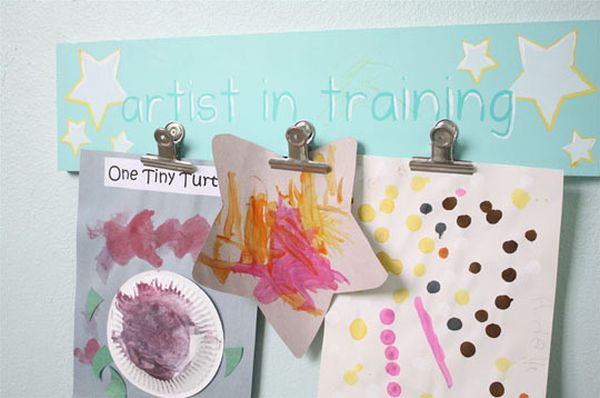 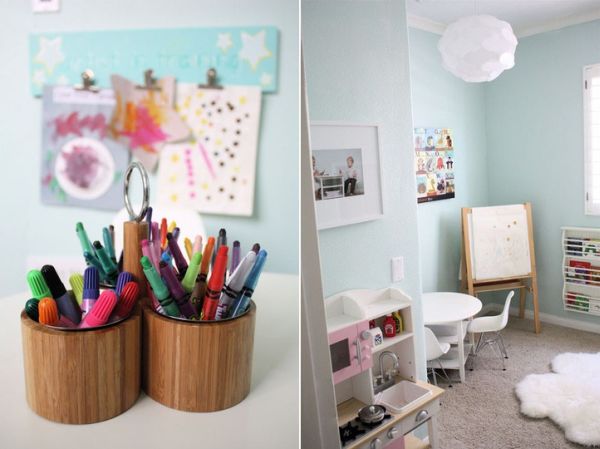 When this family moved into their new home they decided, among other things, to create a playroom for their two kids, Adella and Nolan, that at the time were 3 and a half and respectively one and a half years-old. Since the only room available was a space previously used as a home office, they decided to redecorate it.

The room was little by little renovated. The walls were painted in a beautiful pastel turquoise. The owners wanted to create a light and airy décor that would give the ids enough free space to play. They also decided to use gender neutral colors since both kids were going to use the room. They also wanted to avoid cliché decors with lots of embellishments and decorations so they used furniture pieces and elements that can also be seen throughout the rest of the house.

The kids needed a lot of storage space for all their toys, coloring books and other things. For that a wall unit was created. It has lots of storage compartments and boxes so that the kids can easily use them and clean the room by themselves. They also included two small mounted book shelves for books and magazines. The décor was kept simple and friendly. The room is very cozy and very nicely organized. As the kids grow up, the room will change as well.{found on apartmenttherapy}.