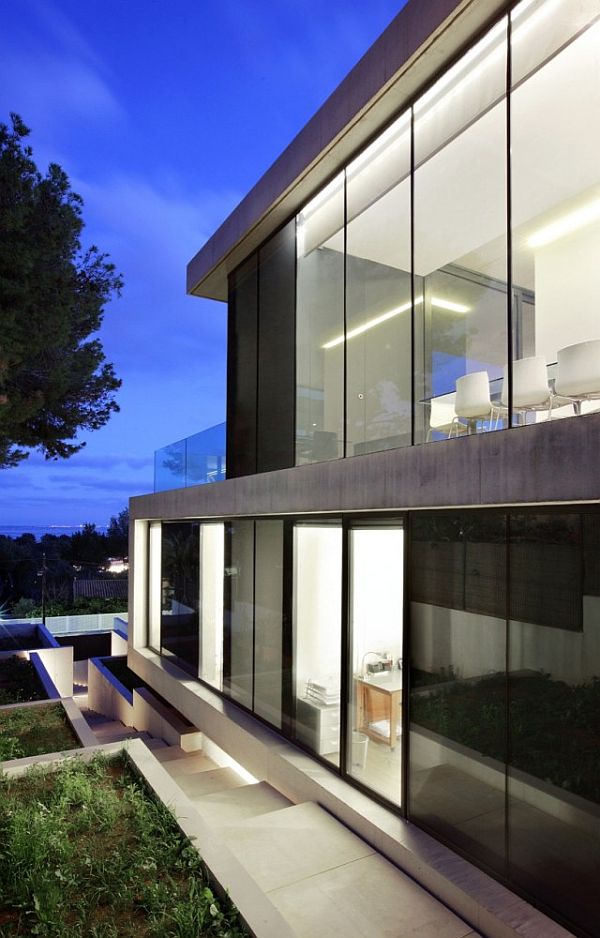 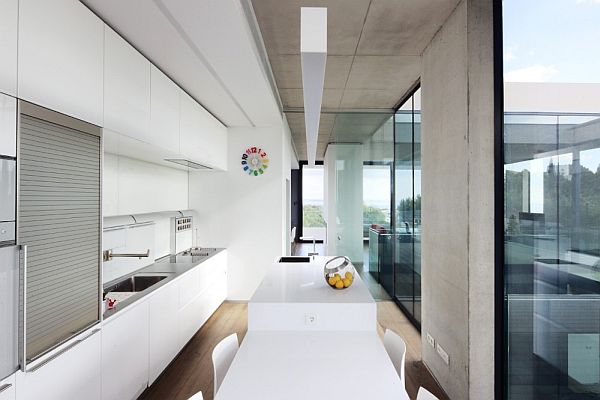 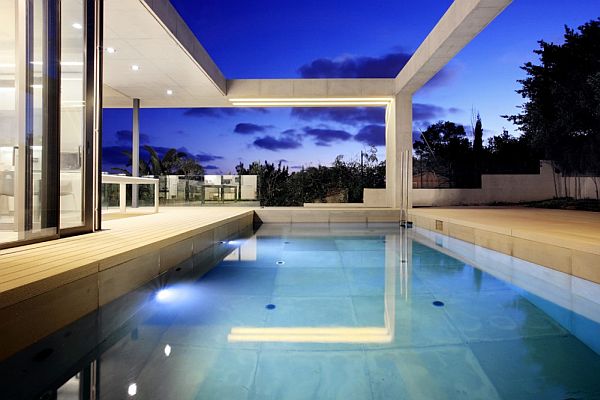 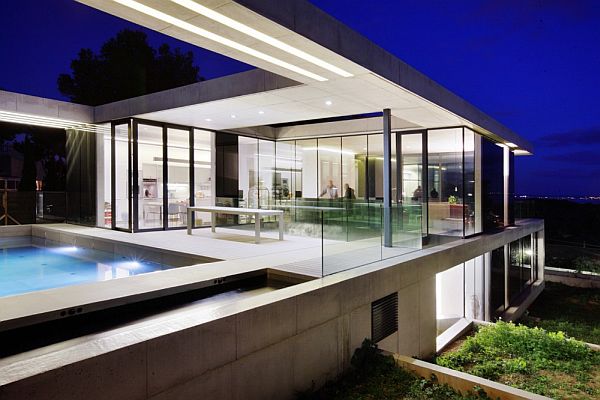 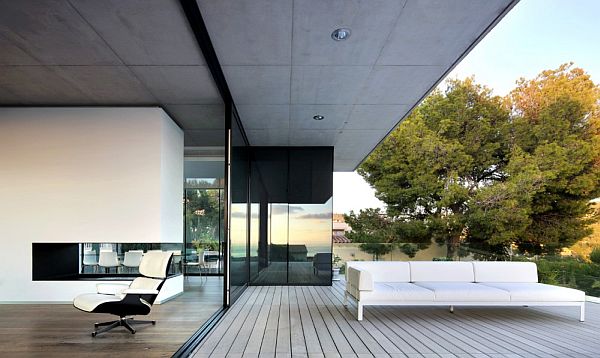 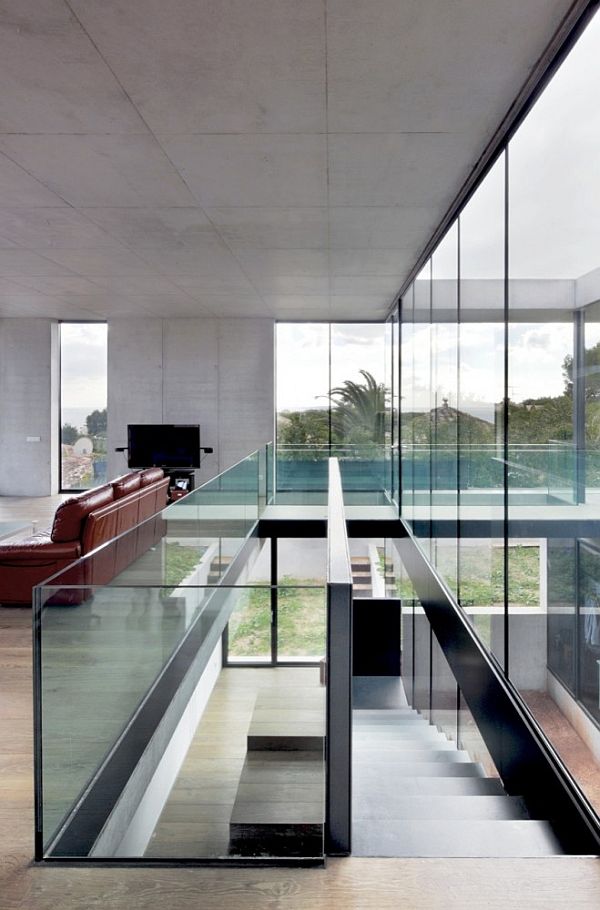 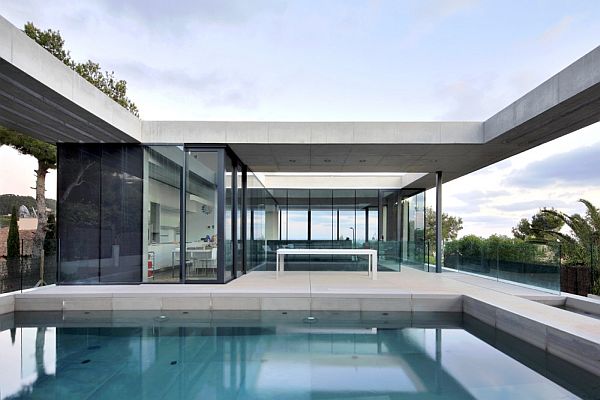 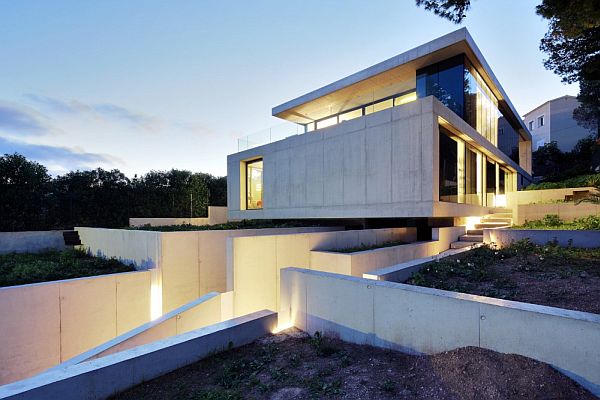 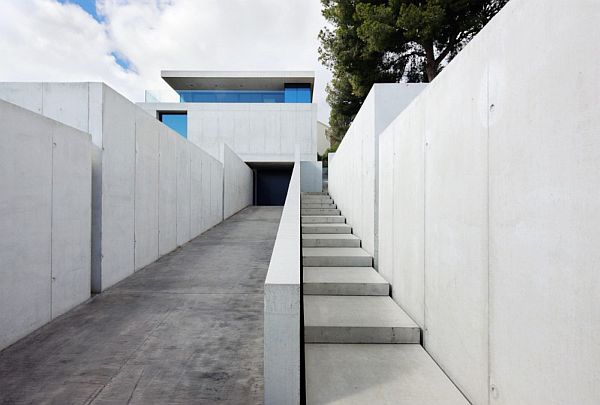 This striking residence is located in Costa d’en Blanes, Mallorca, Spain and it’s a very impressive structure. The house was a project developed by SCT Estudio de Arquitectura. It’s definitely a very modern creation and some might even call it contemporary. The truth is that the house was completed in 2009 so it’s a new creation but not the latest.

The house was built on a long and narrow plot and this made things a little more difficult, also because of the slope. On the site there was an already existing house. The owners wanted first to demolish the old house in order to make room fro the new one. The main idea for the new house was a simple structure, clear and yet eye-catching. First the architects had to decide how to position the rooms. The night zones were positioned on the ground floor white the day zones on the upper floor as to benefit as much as possible from the natural light. There’s also a pool and solarium on that level.

In order to create that simple structure the owners wanted, the façades have been treated as a ribbon that folds, resulting on an organic shape. The façade is made of heavy concrete while the lateral enclosures are made of glass, a very fragile material. The contrast in this sense is very visible. The house also includes a solarium, a patio terrace, as well a lounge area, covered terraces and, of course, the bedrooms, kitchen and all the other rooms.{found on archdaily and pics by José Hevia}