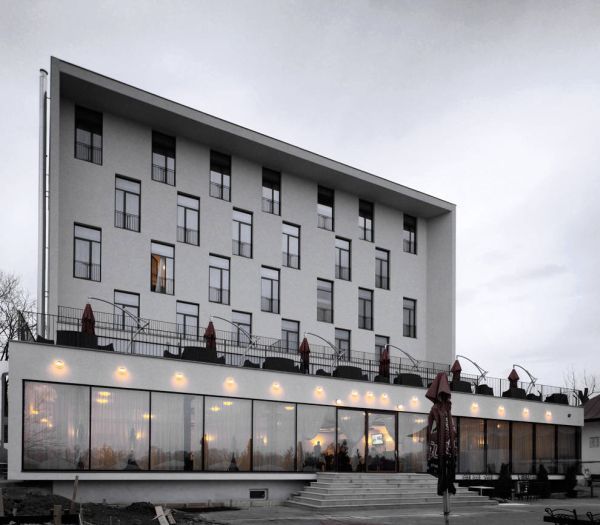 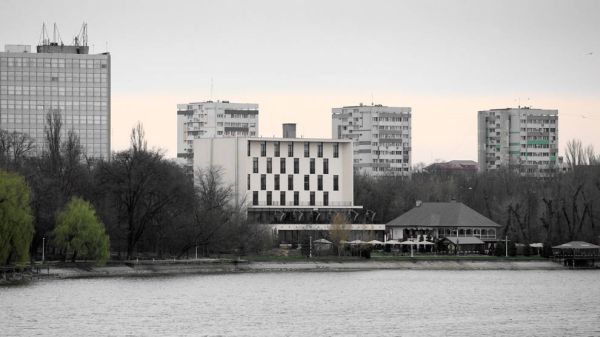 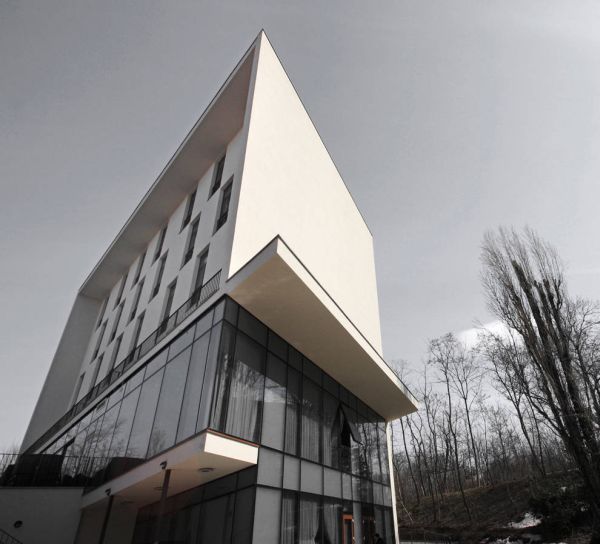 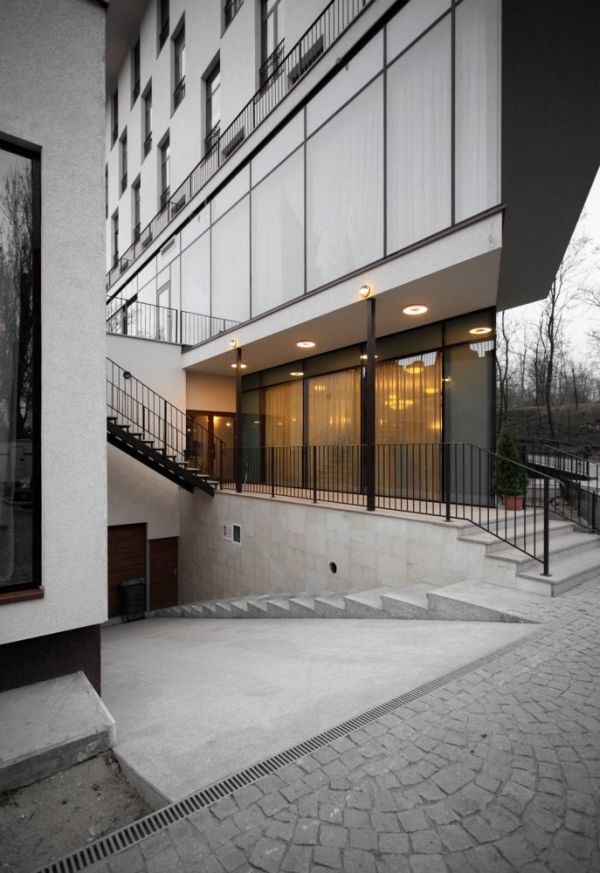 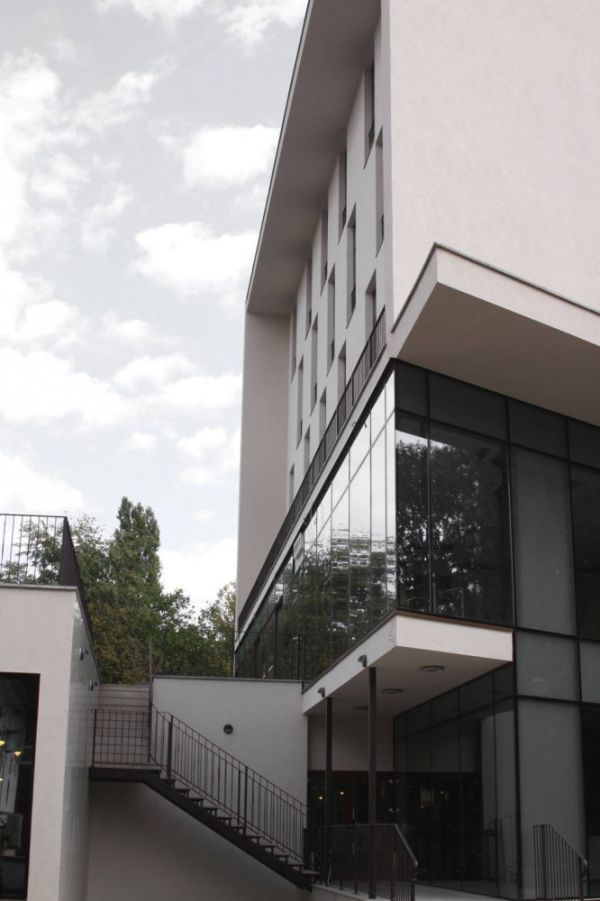 In Romania, the white, grey blocks of flats remind of the communist period when such buildings were constructed. They can be seen in almost every town of the country although lately the things have changed and many of them suffered some modifications. They were rehabilitated and colors became more vibrant.

In Bucharest, on the bank of Floreasca artificial lake there is a white building which fits the surroundings perfectly but which has nothing in common with those blocks of flats mentioned earlier, although they can be seen around this building too. It is Floreasca Hotel, designed by a team of architects called Manadelucru. This hotel has a simple structure which consists of a double row of rooms on the higher levels but which have the ground larger than the basic prism. Thus the salons from the first level get a generous terrace .To the south side of the building there is a broken rectangle with large windows while to the north side there is a frame that runs around a buz shaped façade.

Although the budget did not allow some elegant additions, the building remains a contemporary construction with spacious interiors and a modern design. The public levels of the buildings are glazed while the rooms have individual openings so that everything becomes comfortable and pleasant for everybody who comes here.

The materials are modern too, stone, metal and glass dominate the whole building. The black frames contrast the white color of the walls and seem to delimit some specific areas. It seems to be a pleasant and peaceful place where you can relax and enjoy your accommodation here.