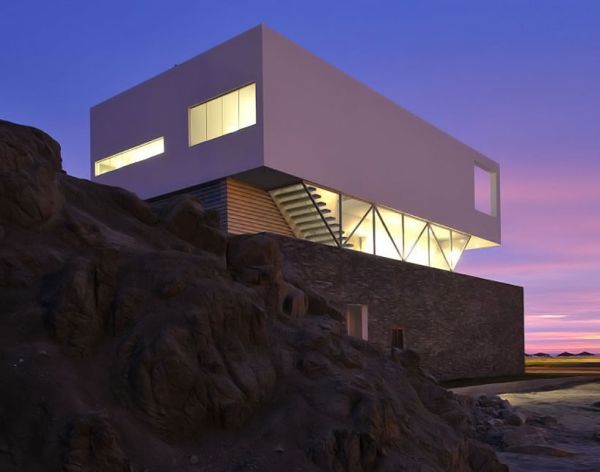 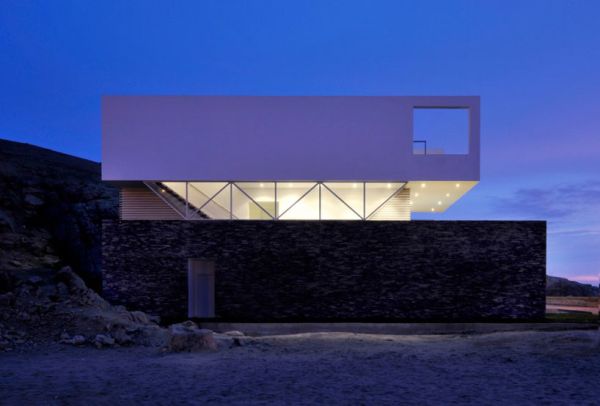 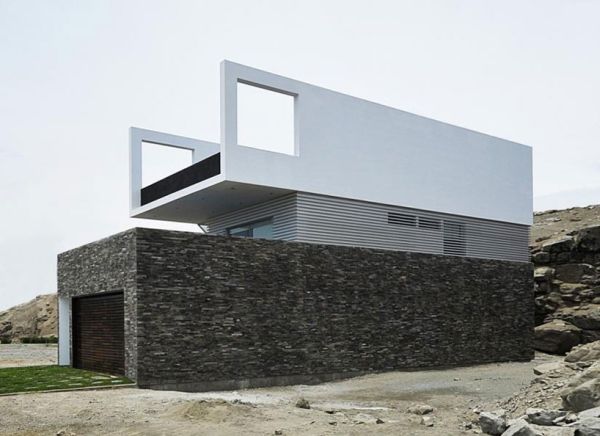 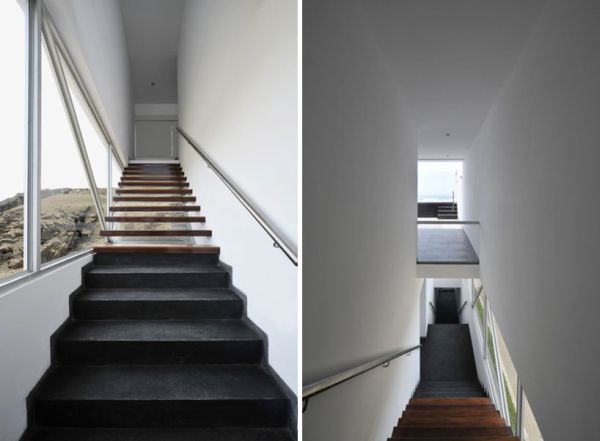 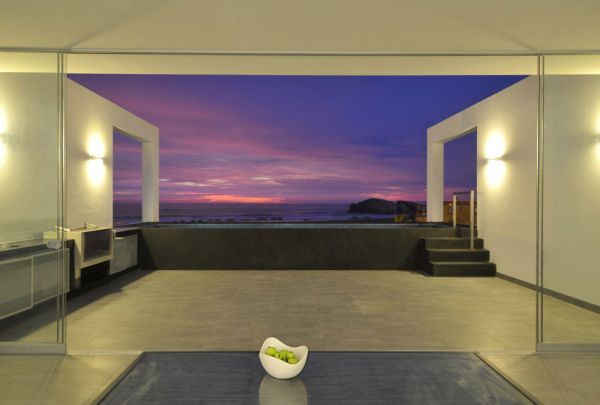 This vacation home is striking and unique, just like all the other projects developed by Artadi Arquitectos. The Peru-based practice is known for its contemporary designs and bold projects. This one has been recently completed and it reflects the same passion and remarkable originality as always. This is a beach house located in Las Palmeras, south of Lima City.

It’s an ocean front vacation home that features an unusual and striking combination of materials and styles. The house is organized in three levels and the ground floor and partially the first level seem to be wrapped and contained in a stone shell. It’s like a wall that covers the building. This was an attempt to make the house naturally integrate into the surroundings by focusing on the environment and its natural characteristics.

Overall, the house is simple and features a reduce level of complexity. It consists of a series of intersecting blocks that gradually become more exposed. They differentiate the house from the rest of the beach house and the beach itself. The ground level is hidden, the second one is partially exposed while the third one is completely out there.

The house is like a mystery that gradually reveals itself. It’s an unusual combination of levels and materials but the visually it’s a striking combination that lets the house integrate into the landscape and moves it away from the beach. It also helps establish a connection between the indoor and outdoor spaces.{found on designboom}.