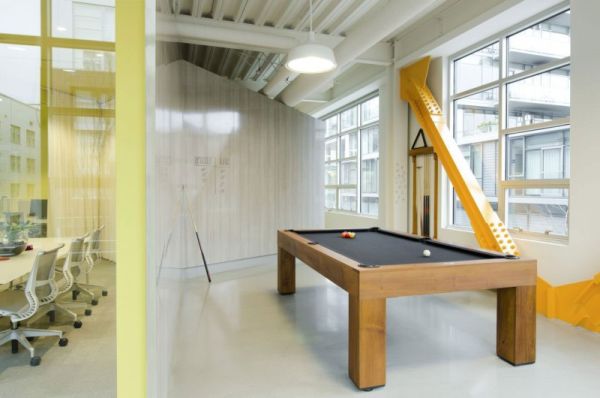 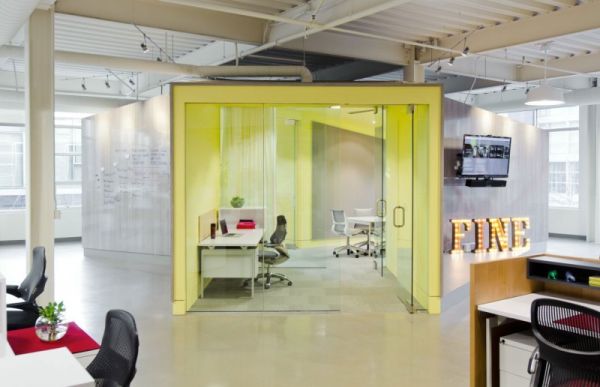 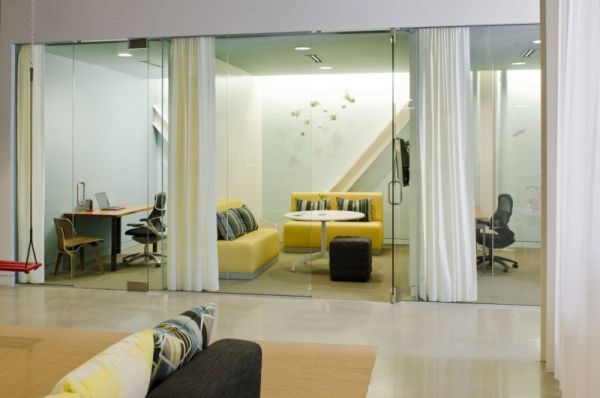 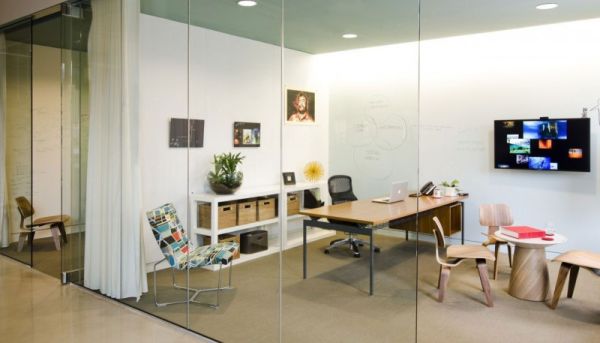 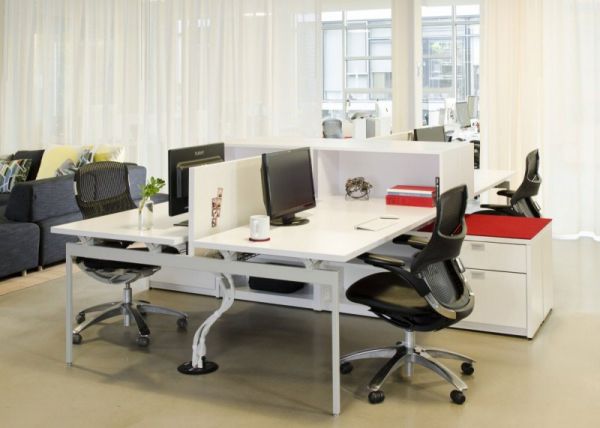 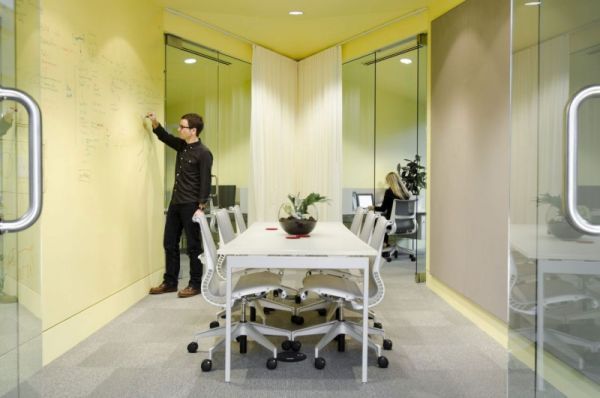 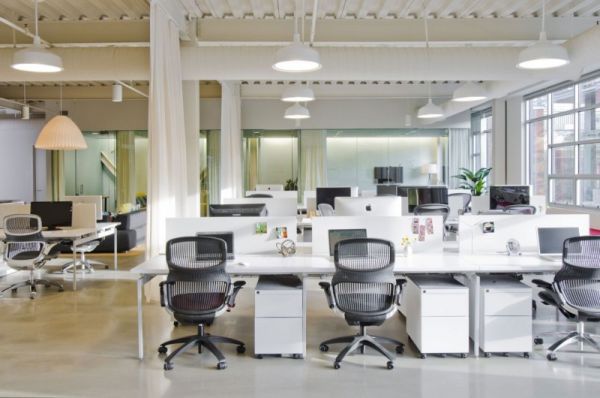 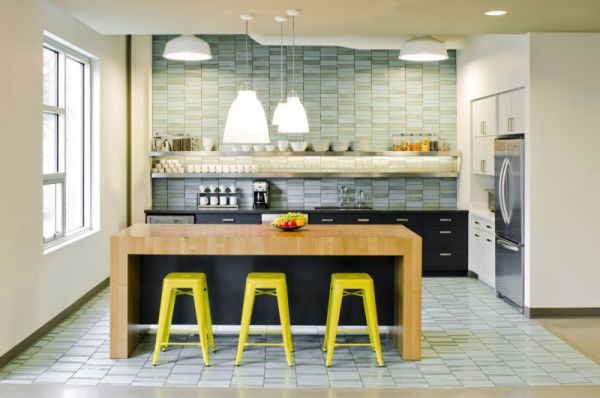 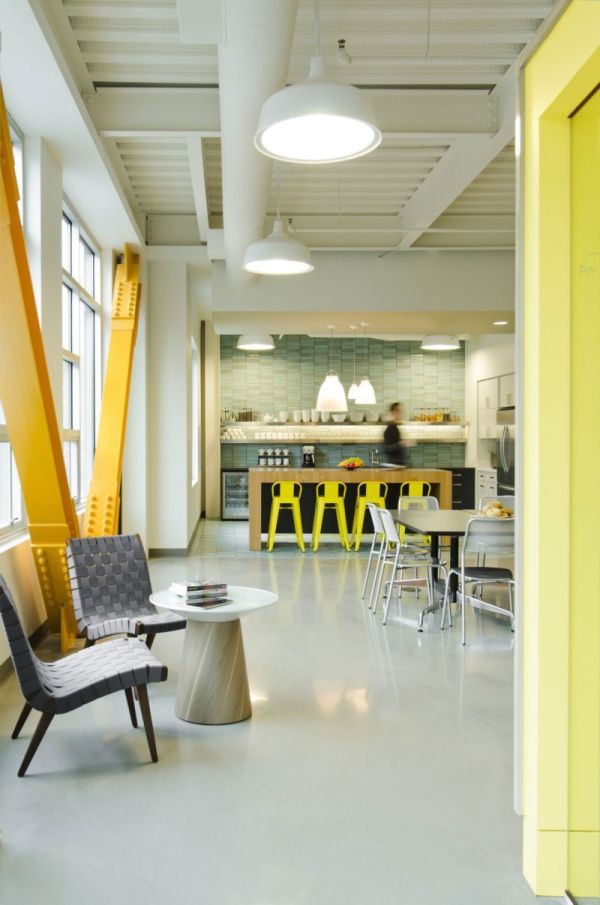 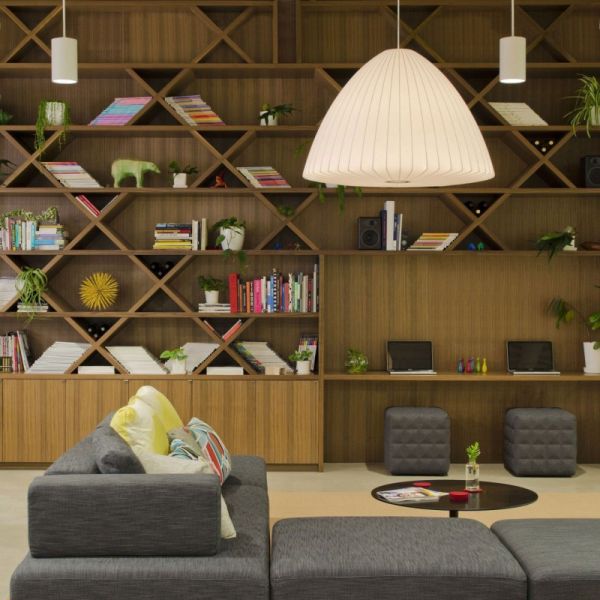 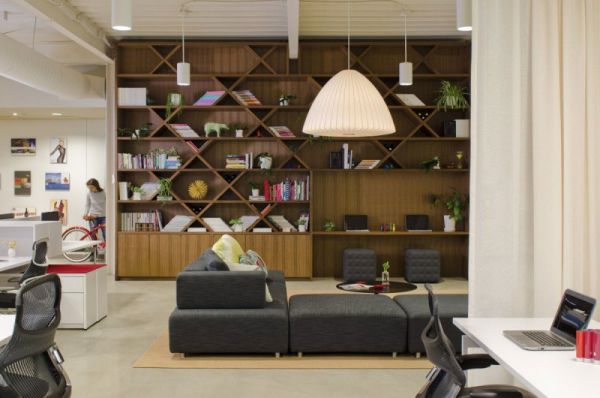 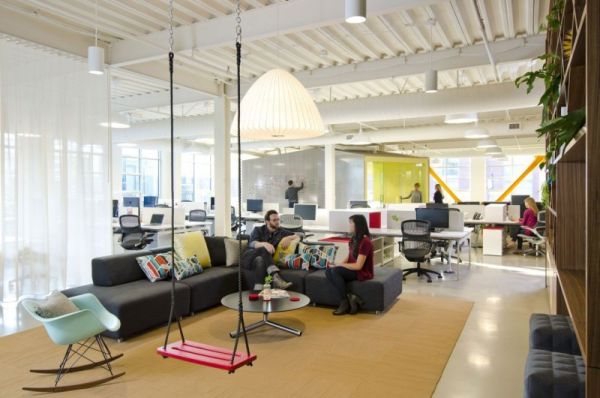 It’s difficult to say how the ideal office interior should look like. The general belief is that it should be somewhere between a home and an office, that it should feel cozy and inviting but it should also be functional and efficient. Basically, it should look somewhat like this.

These are the offices of FINE Design Group. Located in Portland, Oregon, the offices have been designed by Boora Architects who tried to incorporate the best of both worlds in this space. in other words, the offices are a mix of elements usually found in a home with elements from a regular office.

It reflects the agency’s collaborative nature. The architects used concrete floors, exposed steel structure and large windows for this project and the result is an open, loft-like space with lots of natural light.There are several distinct zones in this space.

At the west end there’s an area that houses 2 offices and the conference room and then there’s also the billiards area, the kitchen and the team work spaces.

A very interesting piece of furniture would be a walnut bookcase filled with an eclectic mix of objects. It’s an in-between feature that combines functionality with elegance. It’s a lounge area which can also be sued for working but it’s also a nice display space. it captures the essence of the entire design and concept of this project.