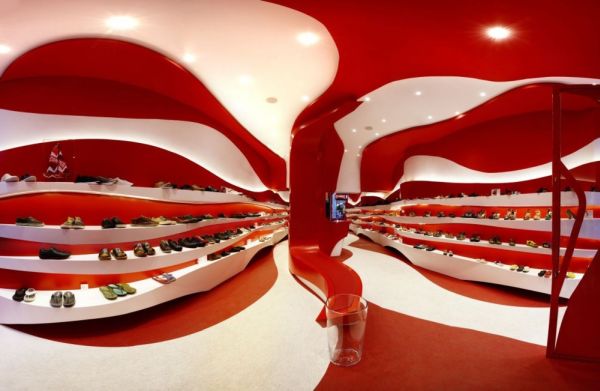 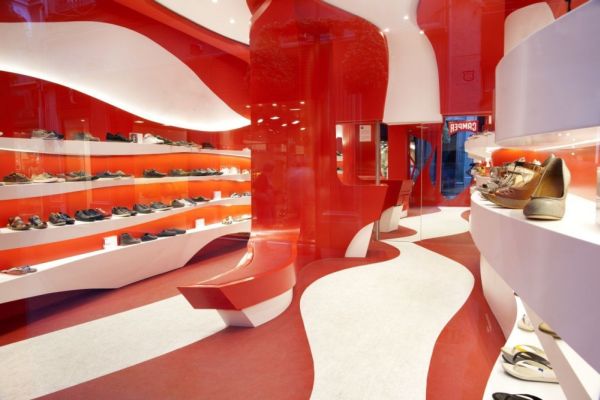 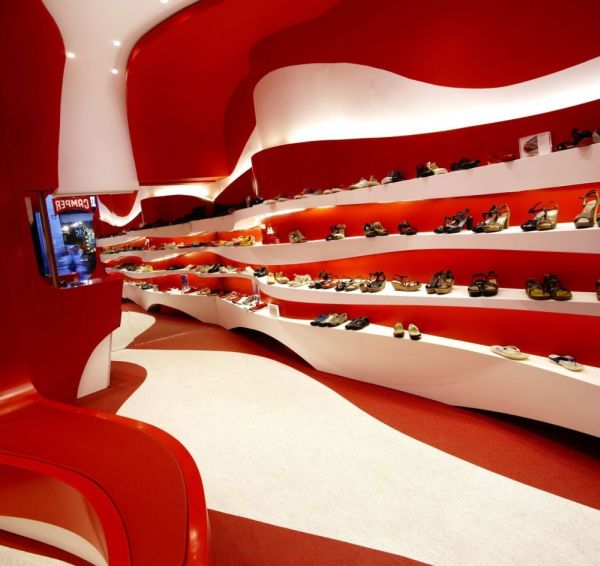 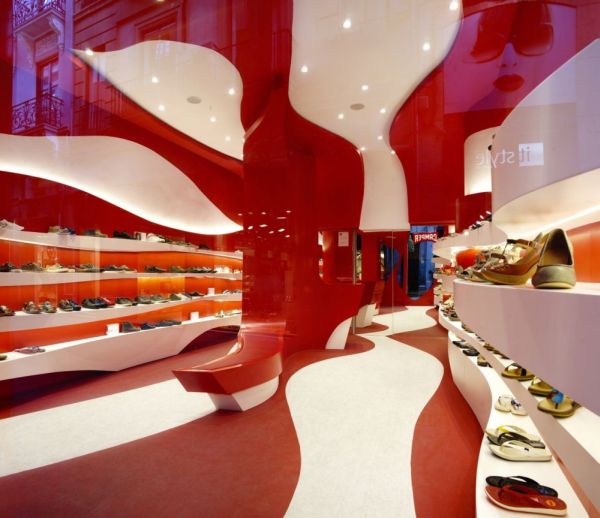 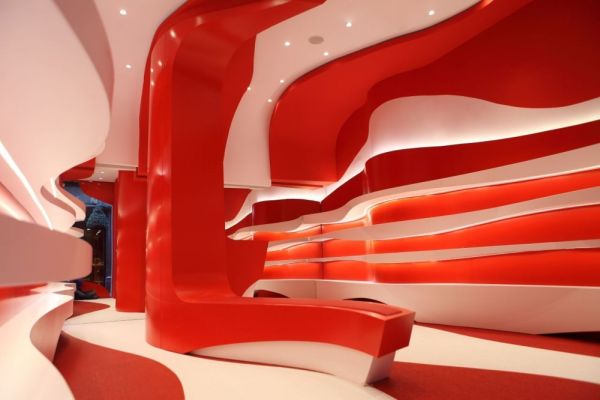 Spanish leading brand Camper is known for the trendy shoes it sells all over the world. As the company expands, more stores are created. One of them has been recently designed by A-cero. It’s located in Calle de los Mesones, 51, 18001 Granada, Spain. The store sits on Mesores street, one of the most important commercial areas in Granada.

The new store is small and measures 50 square meters. It was designed in 2011 by A-cero and it features a very dynamic and colorful interior. Each store has its own style and it each has a design inspired by an important event or something else that the designer chooses for that particular project. As usually, this new Camper store is innovative and fresh. The space used to be a clothing shop and it became partially abandoned. It has been drastically remodeled and renovated.

The designers chose only two colors for this project: white and red. The store features an open space with lacquered wood structures and shelves. They are lit by LEDs. Overall, the store has a very sculptural design, with lots of curves and abstract shapes. Since it was a small space, the designers used mirrors to create more depth. This store is a colorful addition to the street and makes everything seem blend compared to it. It’s a very bold and dynamic space.