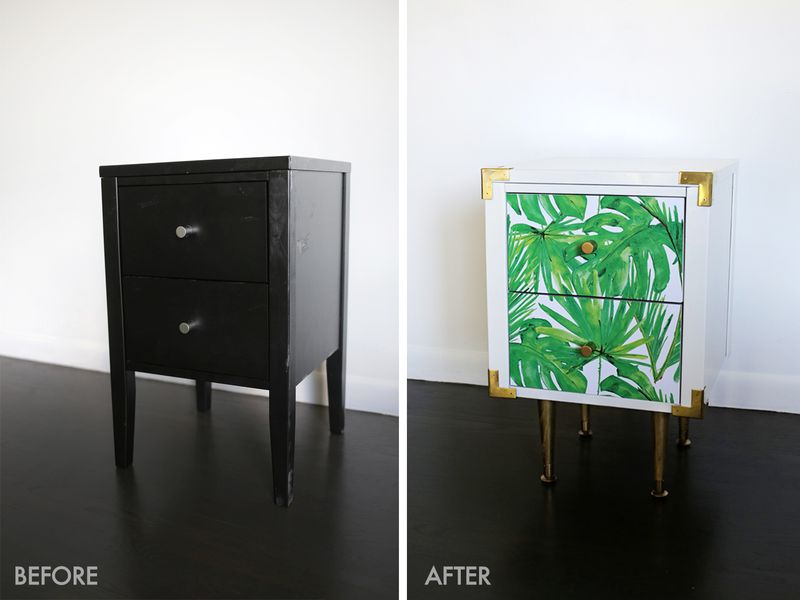 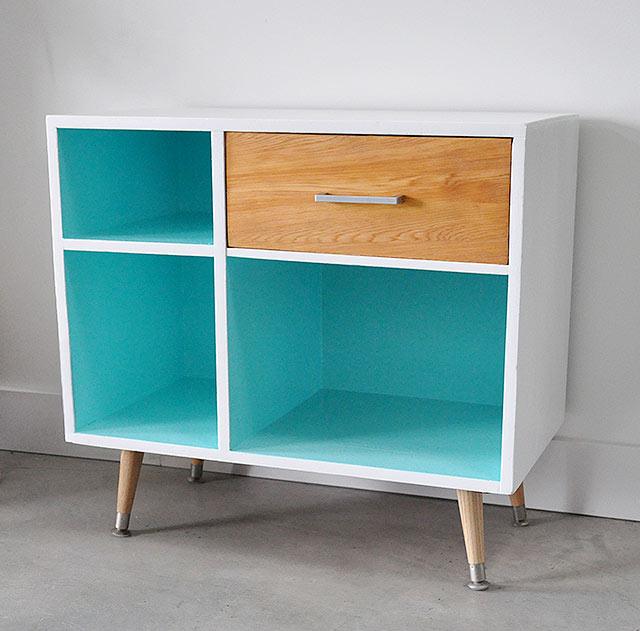 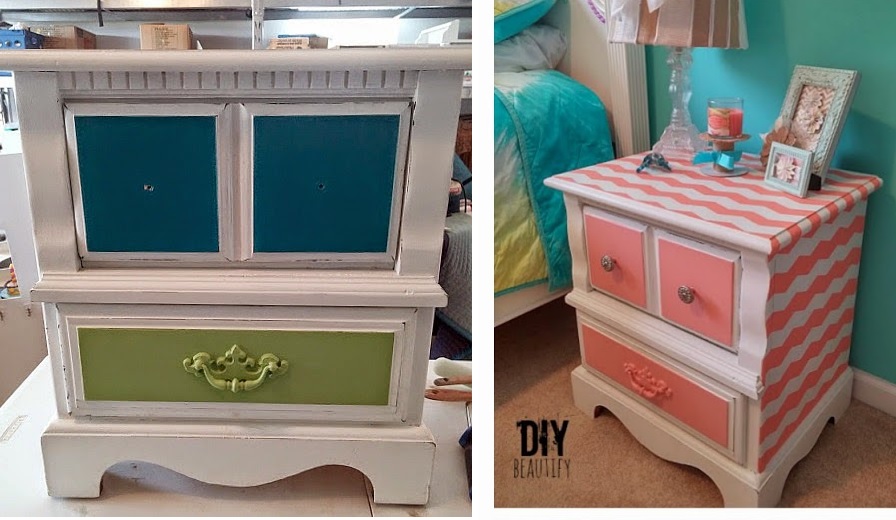 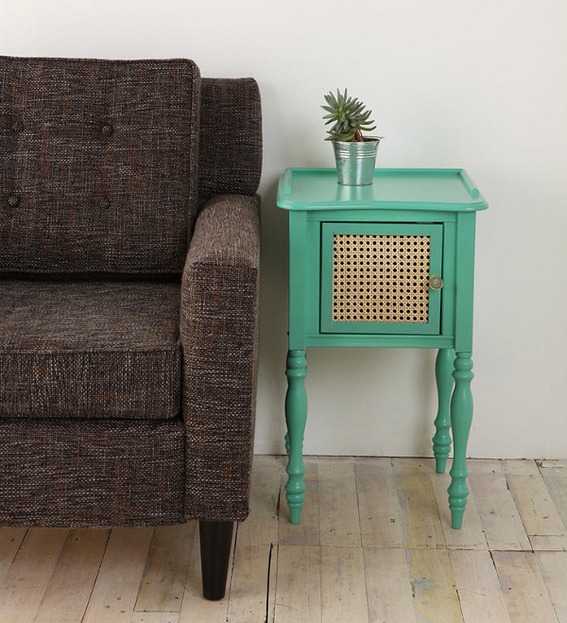 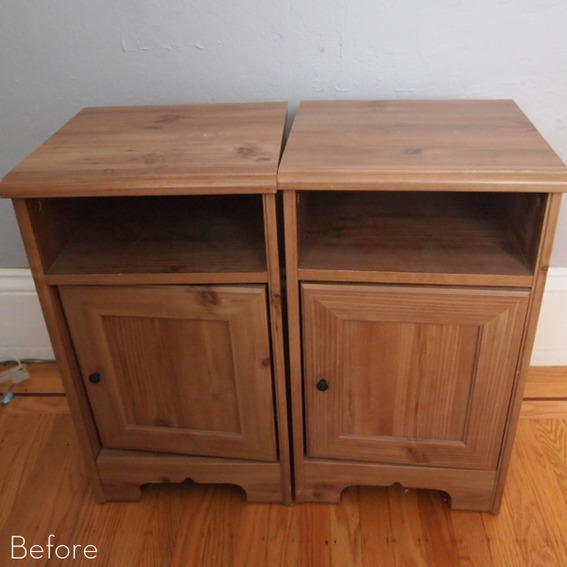 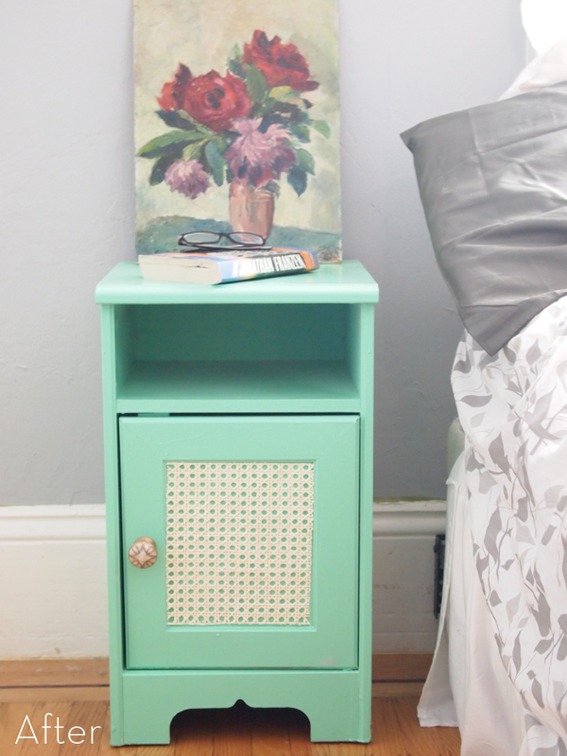 Of all the things that can make a bedroom look charming and special, the nightstand is one of the most versatile things. This is a piece of furniture which, although small, can have a big impact on the bedroom’s overall décor and ambiance. A shabby chic nightstand or a colorful one, for example, can easily cheer up the space. So let’s see how you can make that happen without having to buy a new nightstand.

Check out the beautiful minty green nightstand featured on curbly. It used to look quite different. However, after a few coats of paint were applied to its entire surface and after the door panel was customized a little bit, its entire look changed. You can use another design as inspiration and try to recreate it using simple means.

After being painted white, the old nightstand featured on deliciousanddiy got a colorful new look. Painter’s tape was used to create a stencil area on the drawer fronts. Then more tape was used to make all those colored stripes using various paint colors. New leaf-shaped drawer pulls were then added and the makeover was complete. You can try something similar on your own bedroom nightstand.
For the project on diybeatify, a chevron pattern was used. The nightstand was meant to look cute and girly which is why the combination of white and coral was used. The front panels on the drawers became coral pink and the top and the sides got the chevron striped pattern. It was a pretty simple project which you can easily recreate at home.
There are many different ways in which to add color to a simple nightstand through a makeover. Let’s assume you start with a plain white nightstand similar to the one featured on visualheart. The nightstand needed a bit of character so a wooden drawer front was glued onto the existing drawer, in place of the white panel. This already changed the look but then the interior of the open module was painted turquoise and this completed the new design.
It’s also possible to restyle a nightstand and add color to it without using paint at all. You can just cover it with adhesive paper which can either be simple or can have a pattern or an artistic design. In addition to that, you can also change the nightstand’s look by giving it new legs and metallic corners. On abeautifulmess you can find the inspiration you’ll need for such a project.