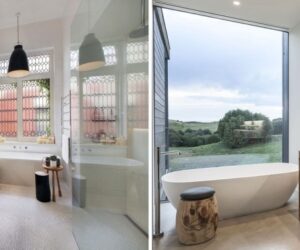 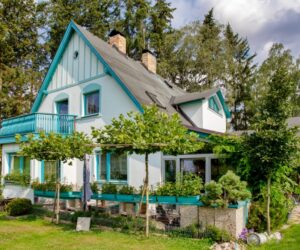 The architecture and the exterior design of this building are very suggestive of its past. As you might have guessed, this used to be a church that dated back to the 19th century. It has recently been renovated and transformed into a charming holiday cottage.

The project is called “The Chapel” and was developed by Evolution Design, a team of talented Swiss professionals with a creative approach to everything. The transformation was completed in 2015 and the cottage can be found in Teesdale, England.

The project’s focus was to bring the building back to life and to adapt it to serve as a holiday retreat for up to seven guests. After being vacant for many years, the church was in poor state, having suffered extensive water damage. In addition, the lack of maintenance also had a big impact on its aspect.

After being reconditioned and restructured, the building now includes a spacious living room, a large kitchen, four bedrooms, two en-suites and a family bathroom. In addition to reorganizing the interior, the team also made a few other important changes. 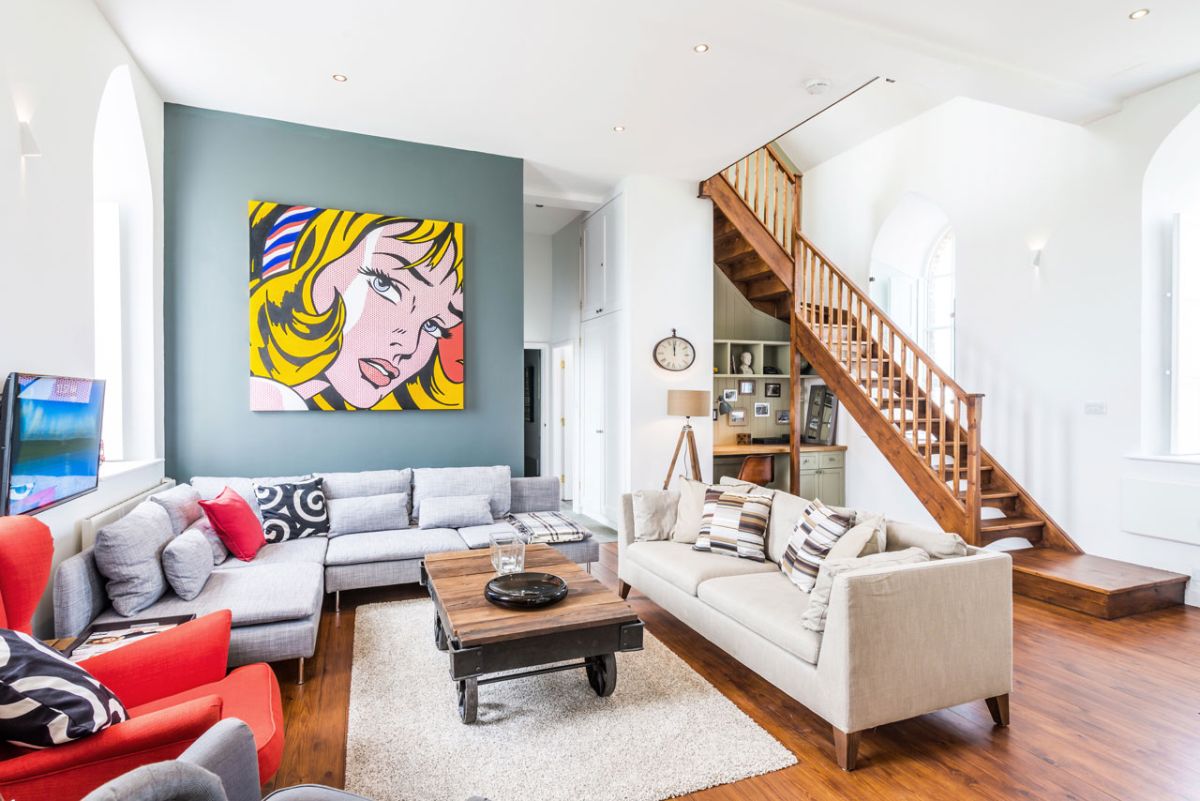 The roof rafters had to be replaced but the original windows were preserved. A new mezzanine level was added. The contrast between the exterior and the interior design of the building is considerable. While the architecture tried to preserve the building’s history, the interior décor is meant to be cozy, inviting and family-friendly.

The interior finishes have been badly damaged over the years the church was abandoned and, as a result, a lot of changes had to be made. Even so, some of the original featured were preserved, this including the ceiling trusses and window frames.

The window frames match the red front door and this allows the cottage to stand out without ignoring its history. Right from the start, a strong contrast was created between the interior and the exterior of the building. Modern and traditional elements work together beautifully, creating a lovely balance throughout.

The furniture and the finishes employed throughout the interior are a combination of modern and traditional details. This allows the cottage to gain a lot of charm and to appeal to a wide range of guests with different tastes and styles.

The kitchen and the dining area are placed at the heart of the cottage. They form a bright and open zone that’s open to the beautiful views of the surrounding landscape. The kitchen has a really nice rural feel and an accent wall covered with patterned tiles that transform it into a focal point. 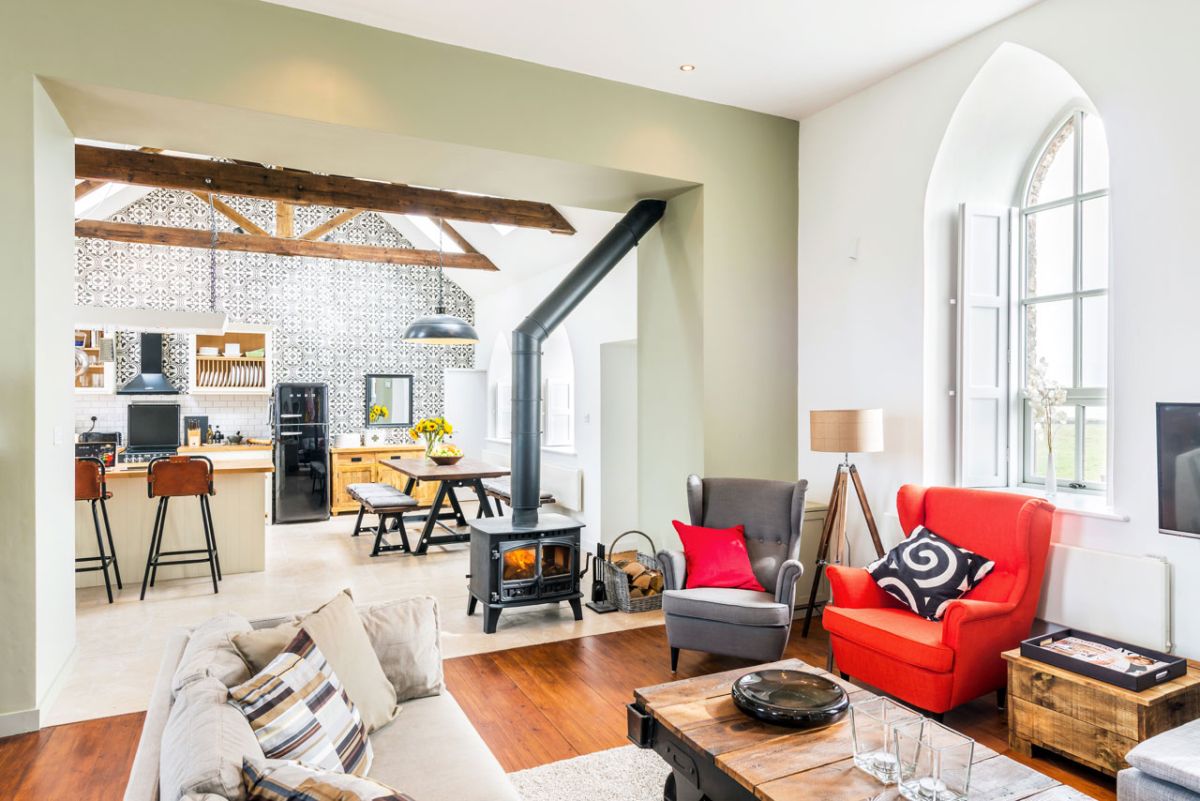 A wood-burning stove makes the living space feel warm and cozy while also offering the same characteristics to the dining area.

Simplicity defines all the bedrooms. Their interior designs are minimalist, fresh and bright without making the rooms feel cold and uninviting. The balance is established by accent elements such as the wood headboards or the wall décor.

The whole interior design of the building is modern and stylish but well-placed in the context of the location and the history of this project. This applies to the bathrooms as well. Accent featured such as the vintage chandelier, the ornate vanity or the shower curtain and wall decor highlight the character of the whole cottage in a really elegant and stylish way.