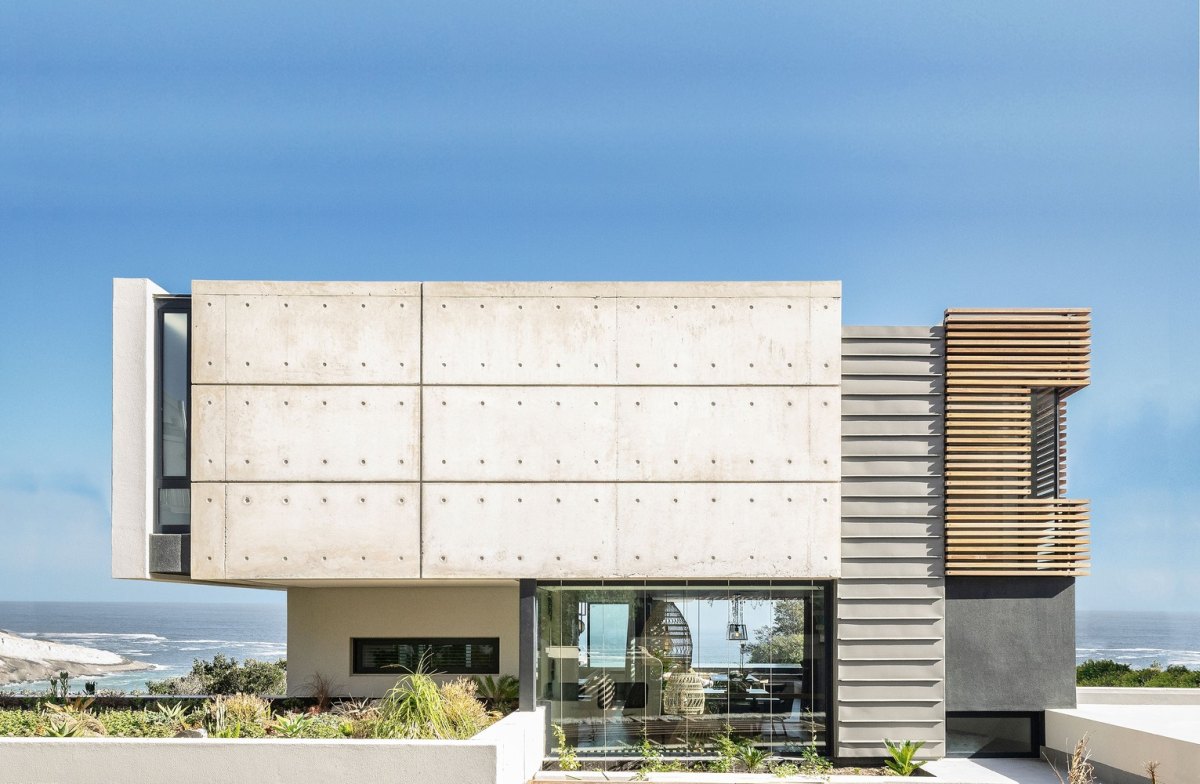 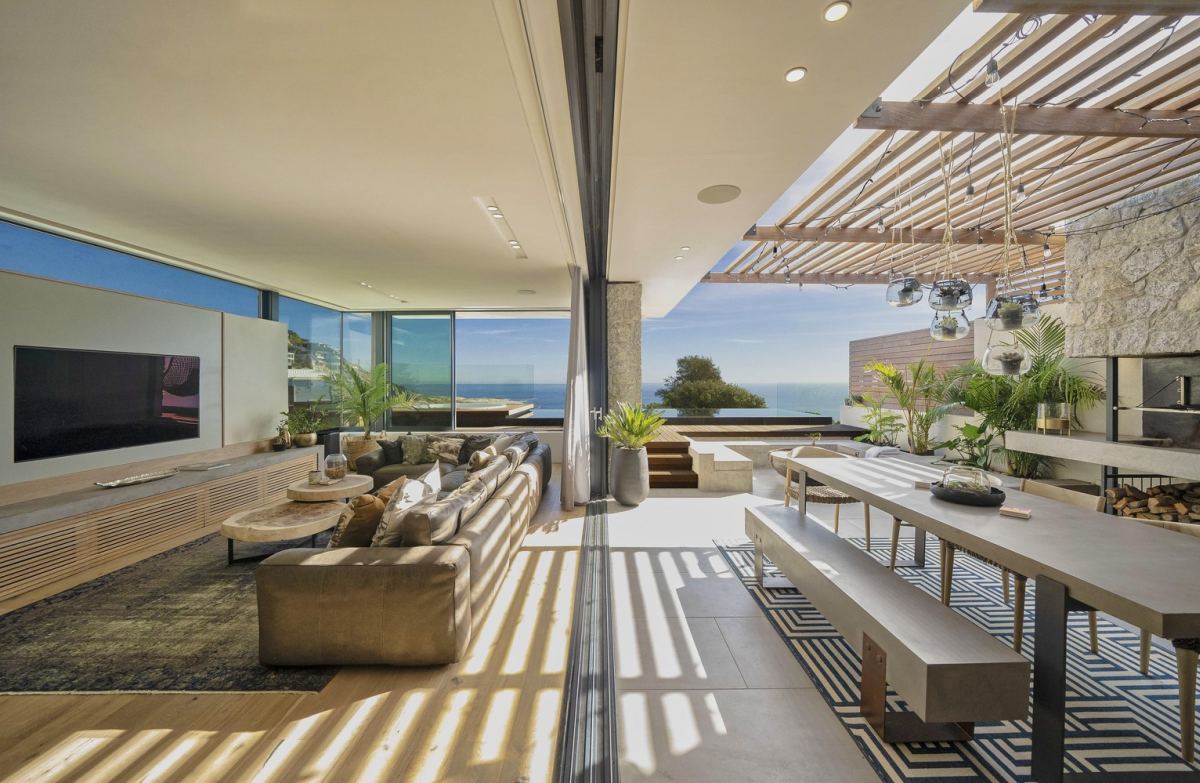 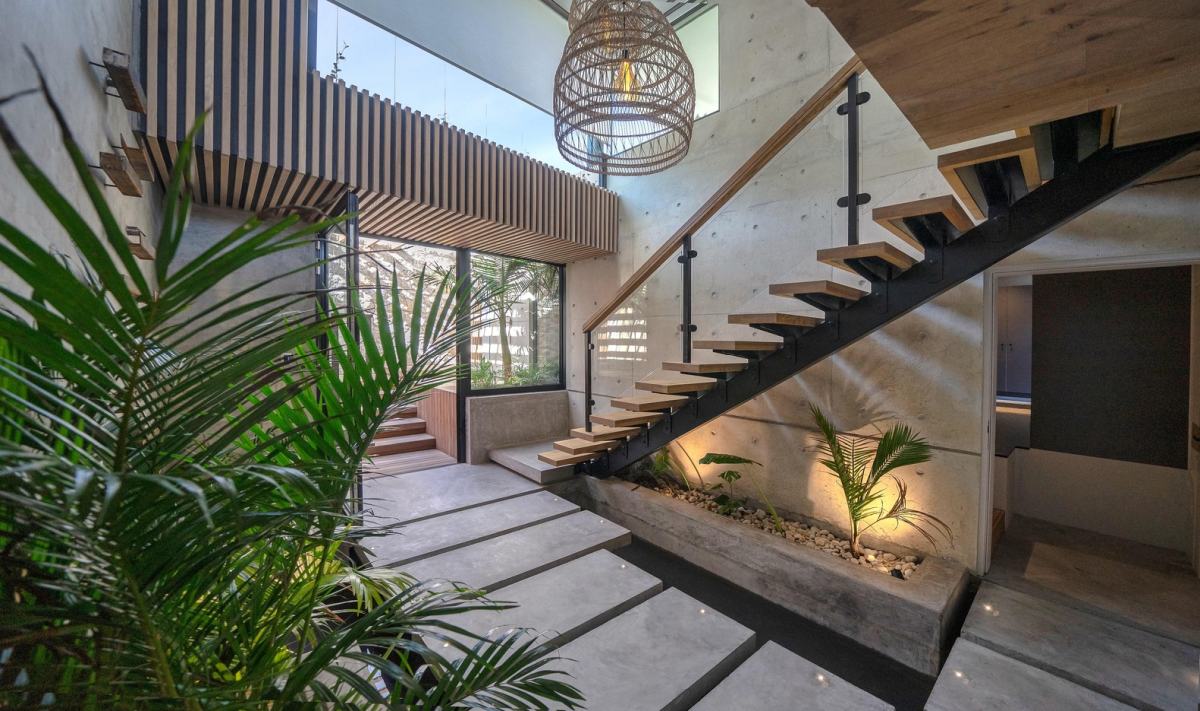 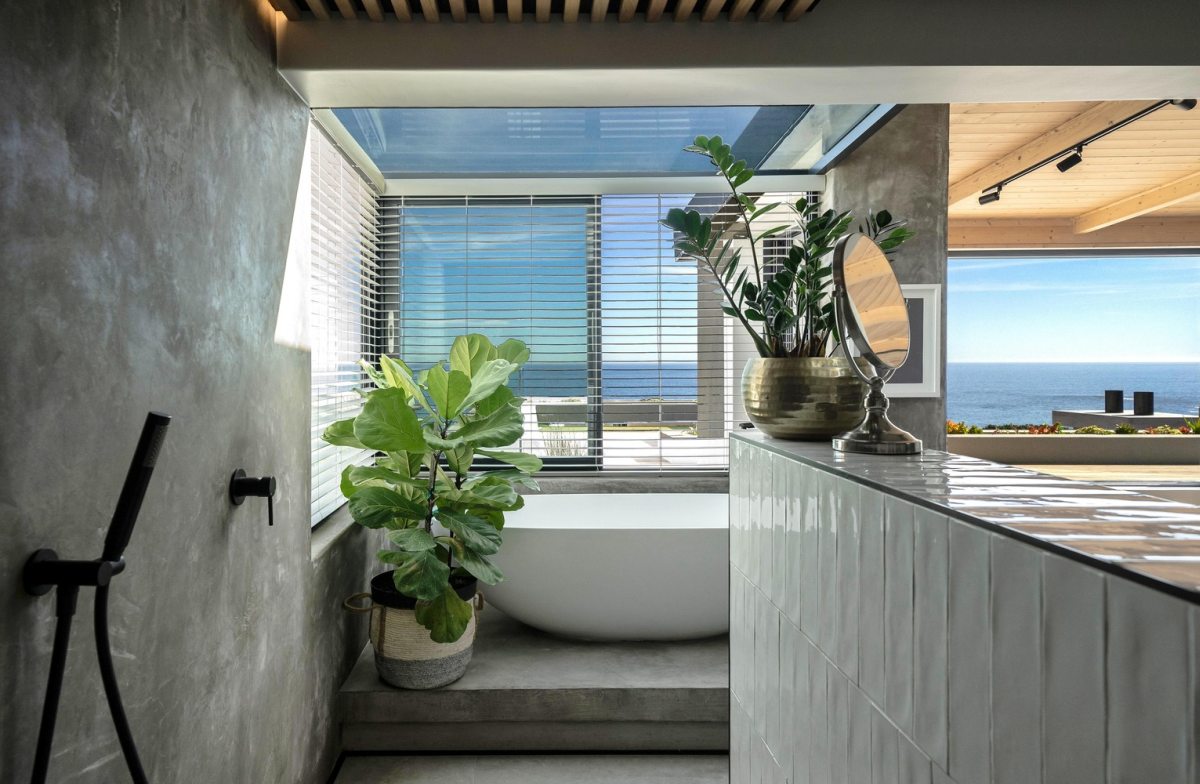 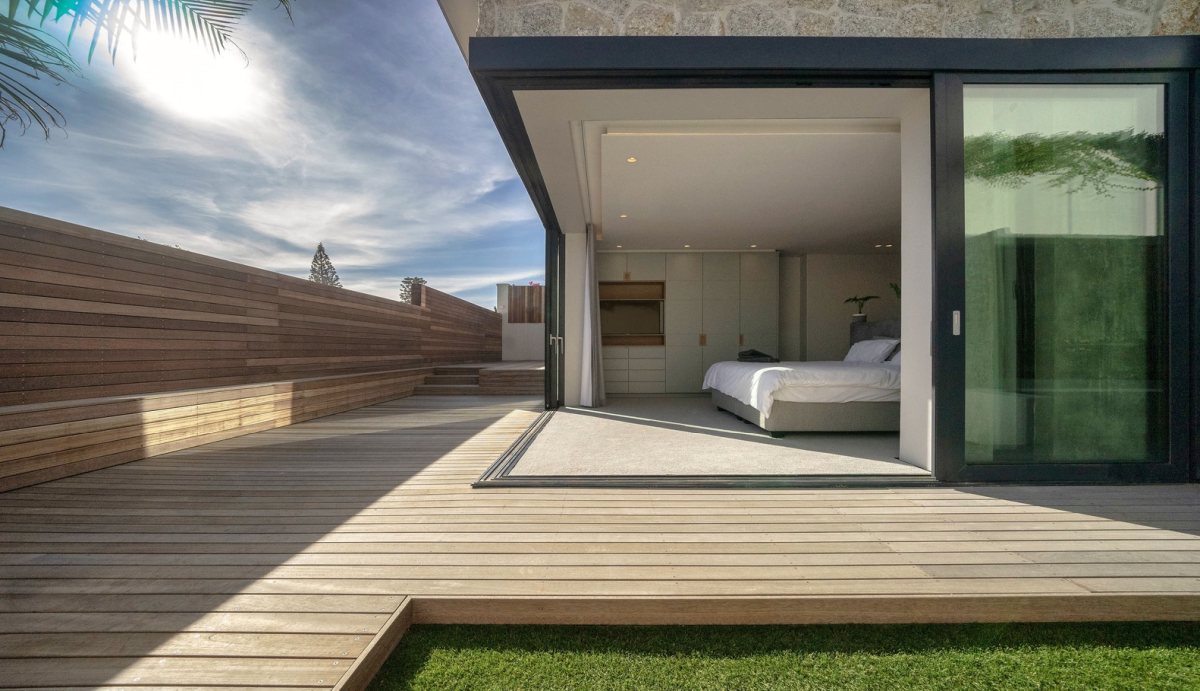 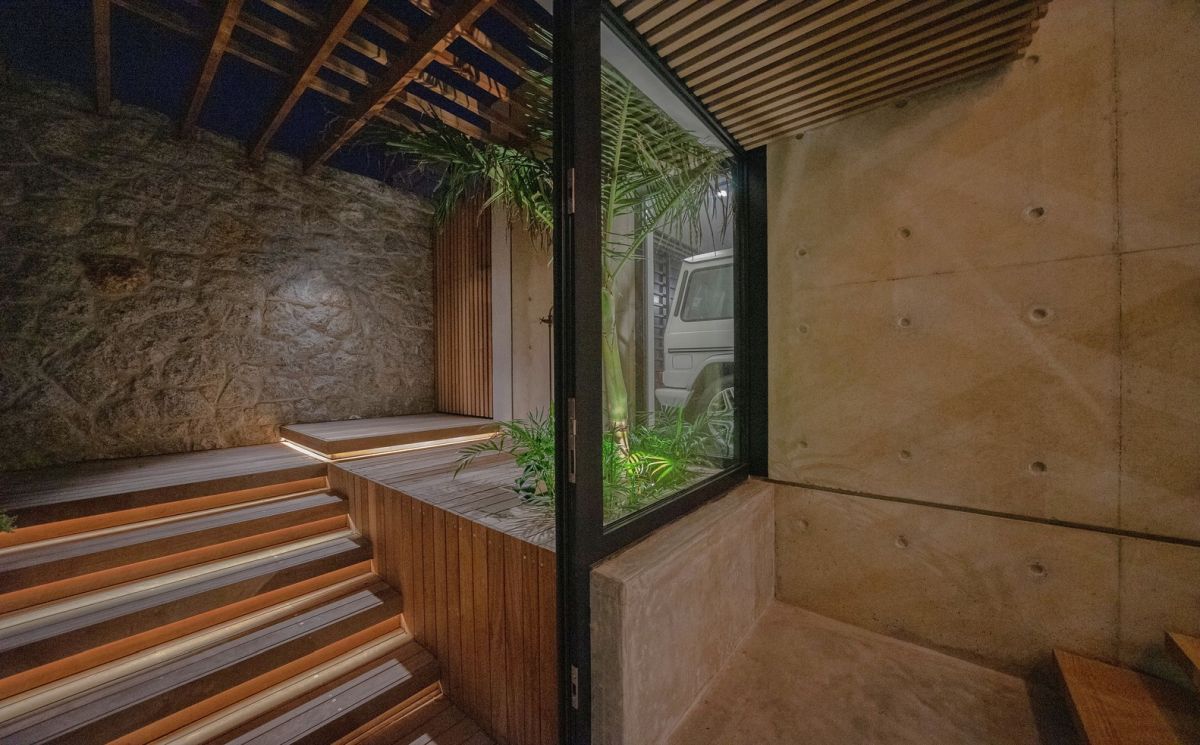 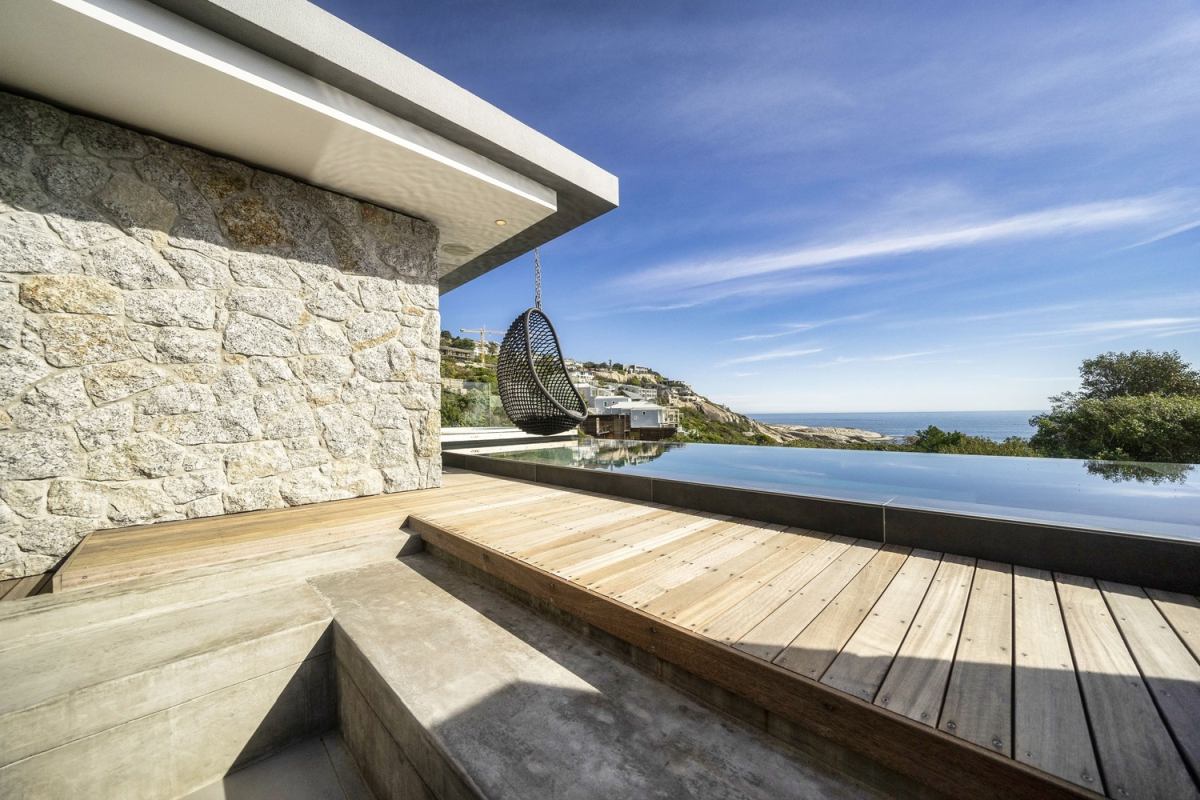 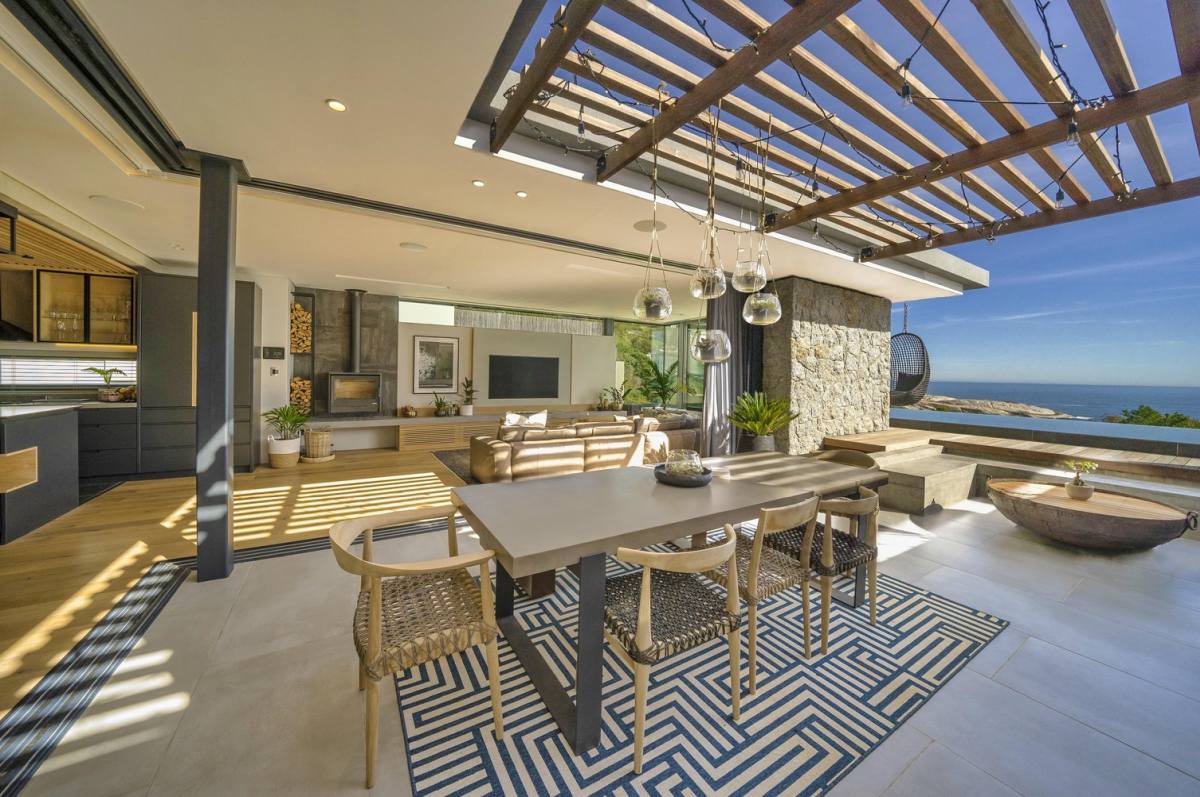 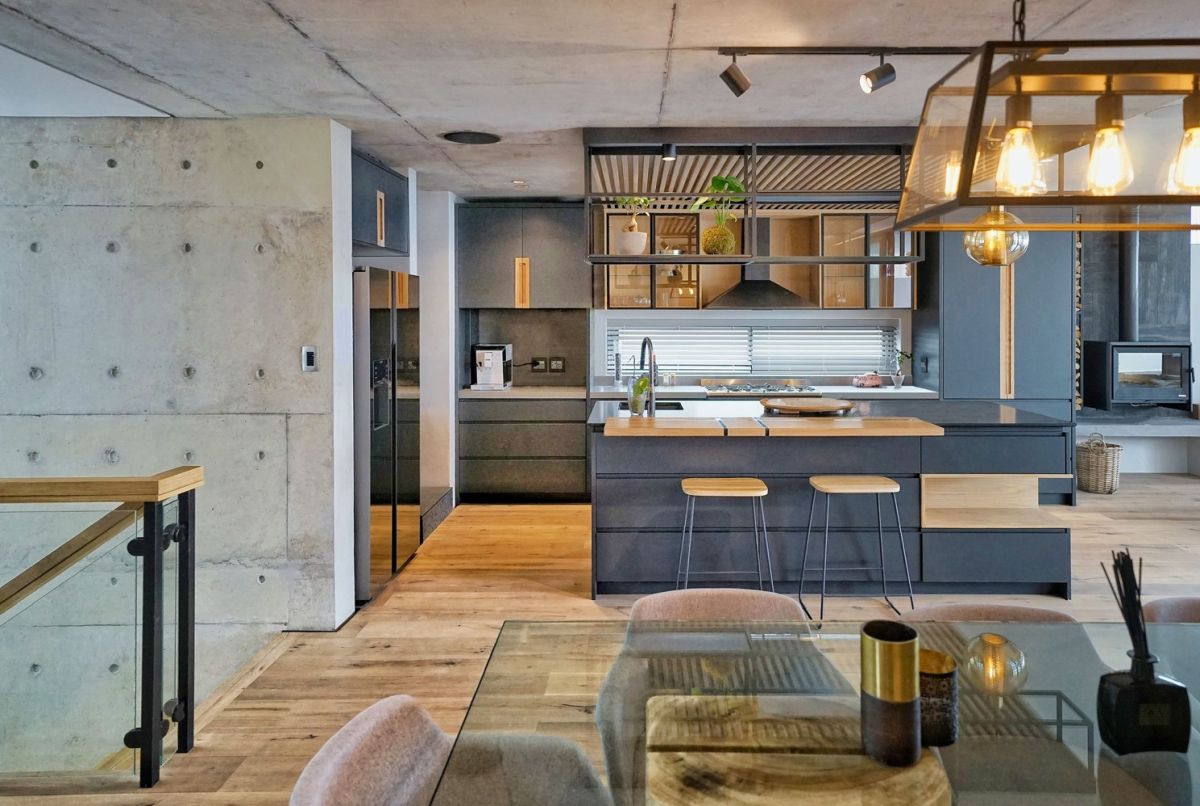 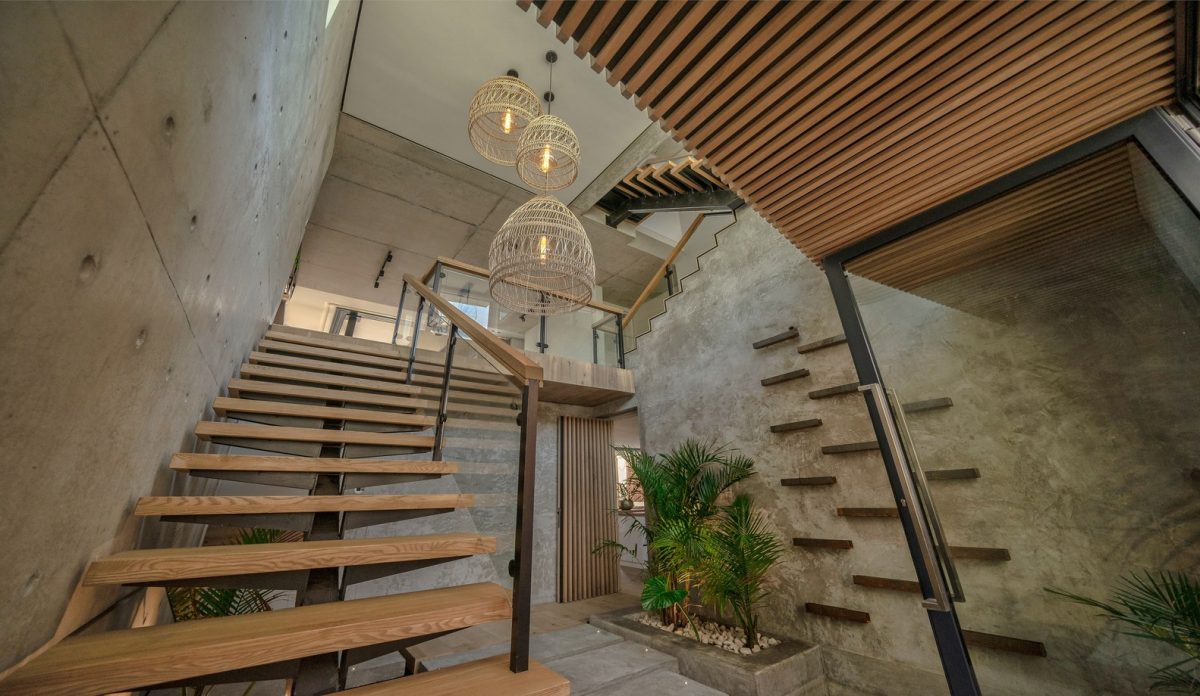 Building on a small site is challenging but sometimes has great rewards. For this dual living home from South Africa the reward was the gorgeous view it has over the ocean. The house is located in Cape Town and was designed and built by Abon Studio. It occupies a site of only 550 square meters which is squeezed between existing properties.

The main challenge of the entire project for the architects was to fit here a house that would suit their client but that would also respect the neighboring homes. Because the site is so close to other properties, privacy was also a concern. As such, another challenge was to maximize privacy from the surrounding houses while at the same time retaining and taking advantage of the ocean views. All of these obstacles were gracefully overcome.

Given the small footprint, the house had to be expanded vertically. It was structured on three levels in total. In total there are four bedrooms but there’s a wall that divides the interior into two separate sections, thus turning this into a dual living home. Despite the small dimensions of the site, there’s lots of usable space indoors and even a beautiful pergola that extends the living areas outside.

Large windows expose the social areas to the ocean and let in the amazing views as well as welcome the nature inside as well. In fact, there’s lots of greenery indoors and one of our favorite decors in this sense is the staircase hall. A tall wooden fence borders the site, ensuring privacy for the bedrooms that are downstairs.