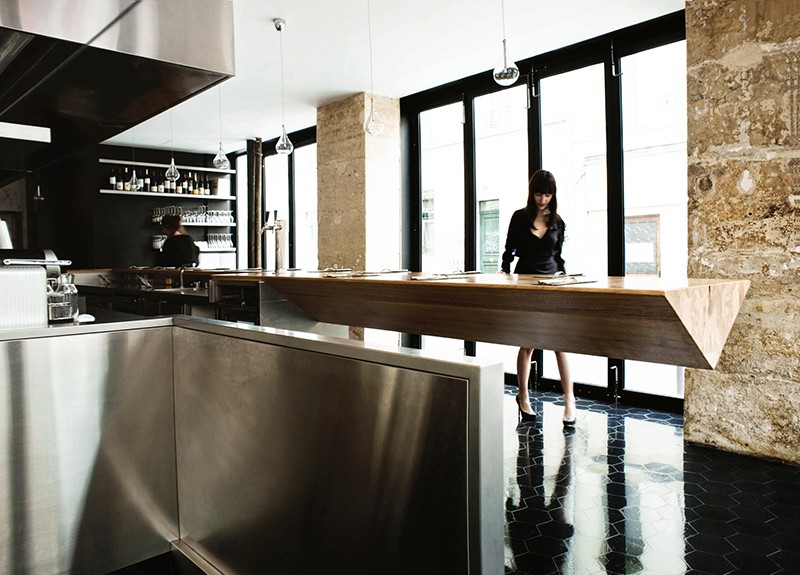 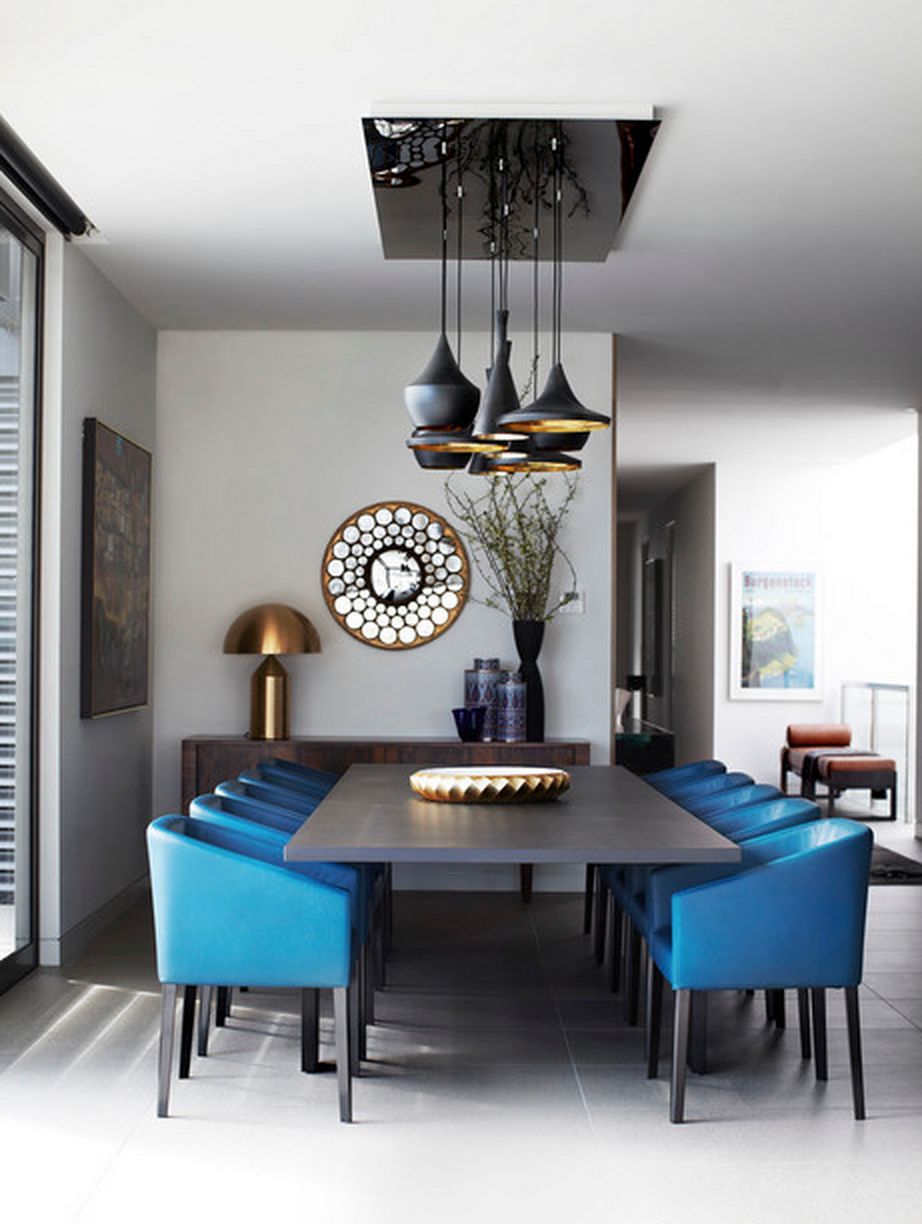 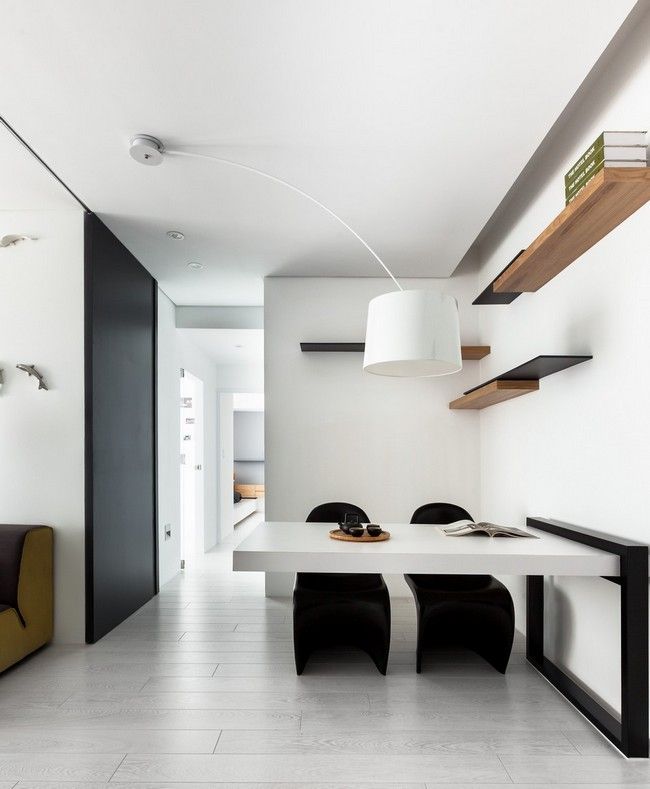 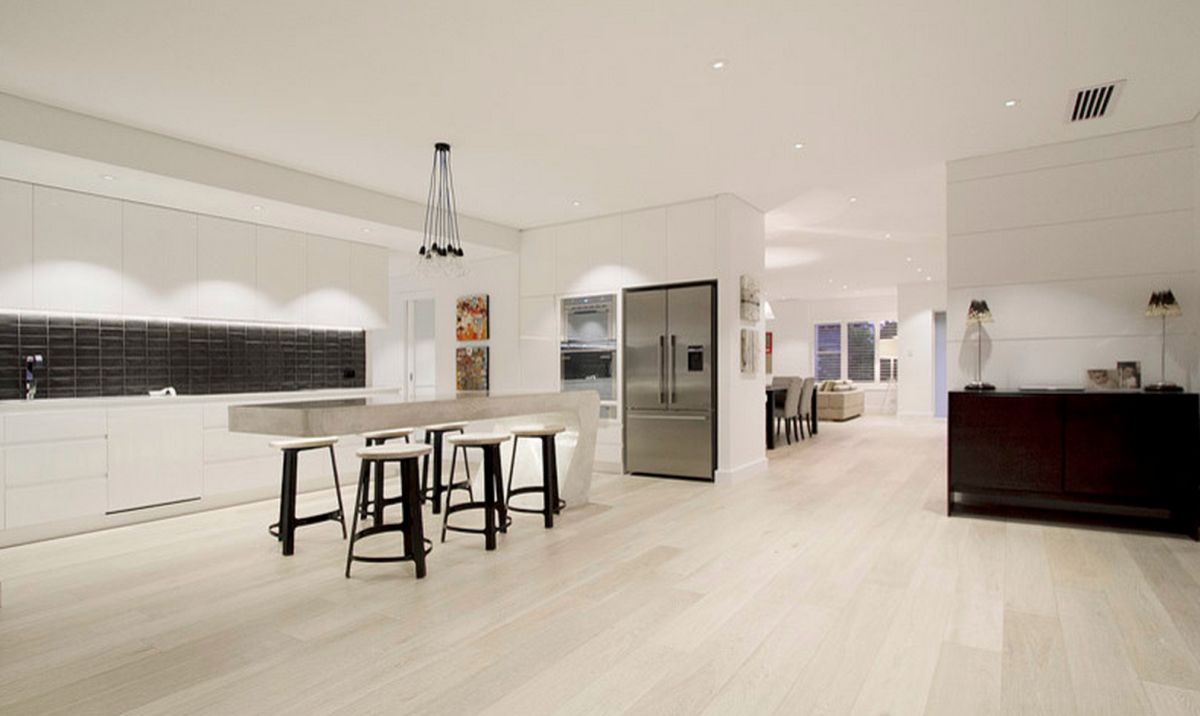 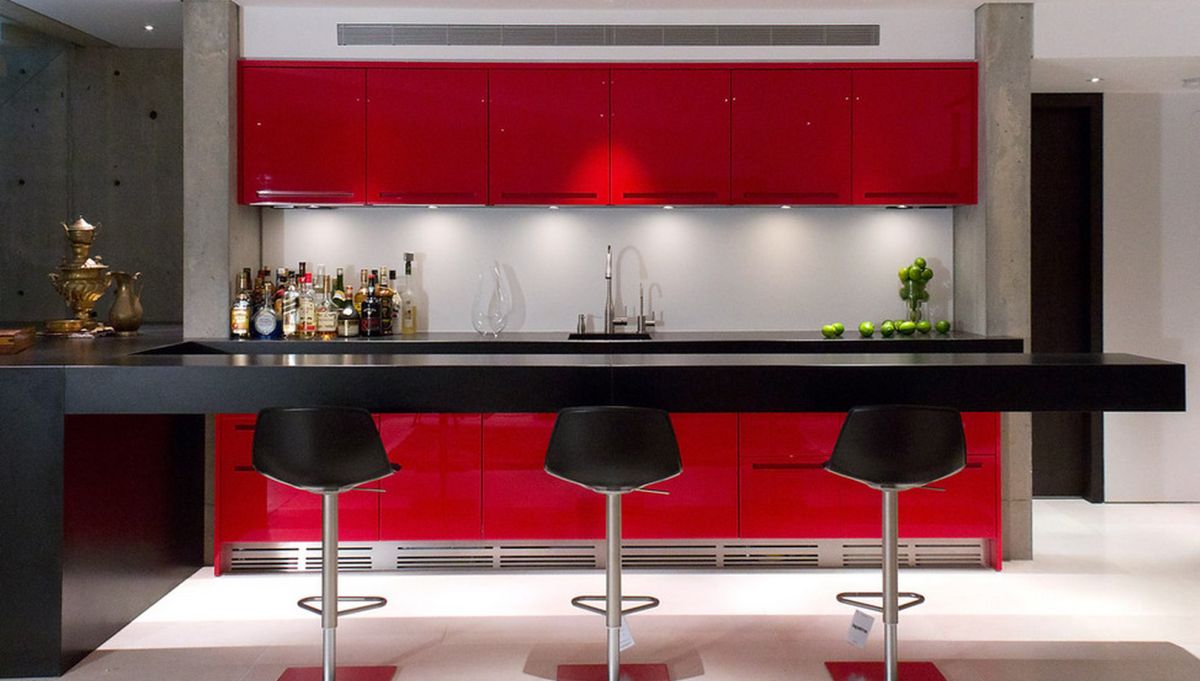 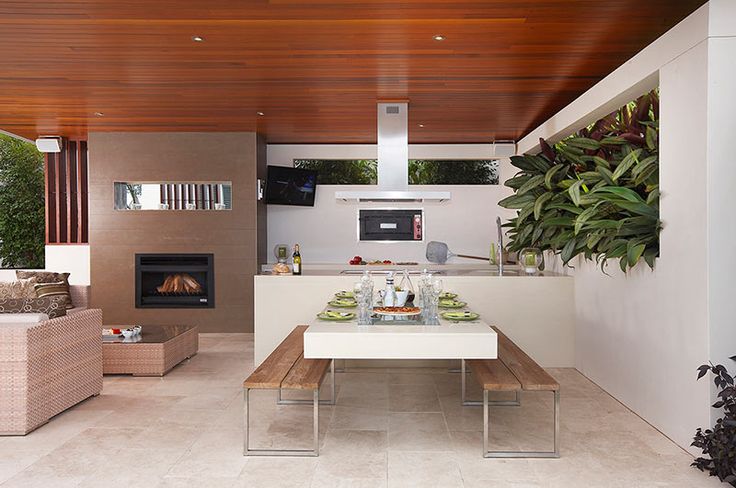 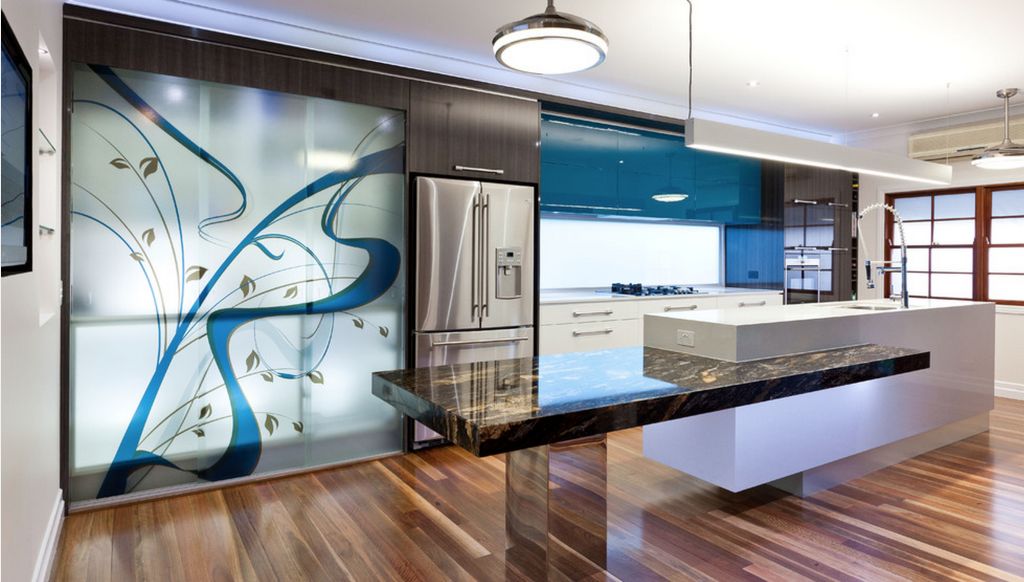 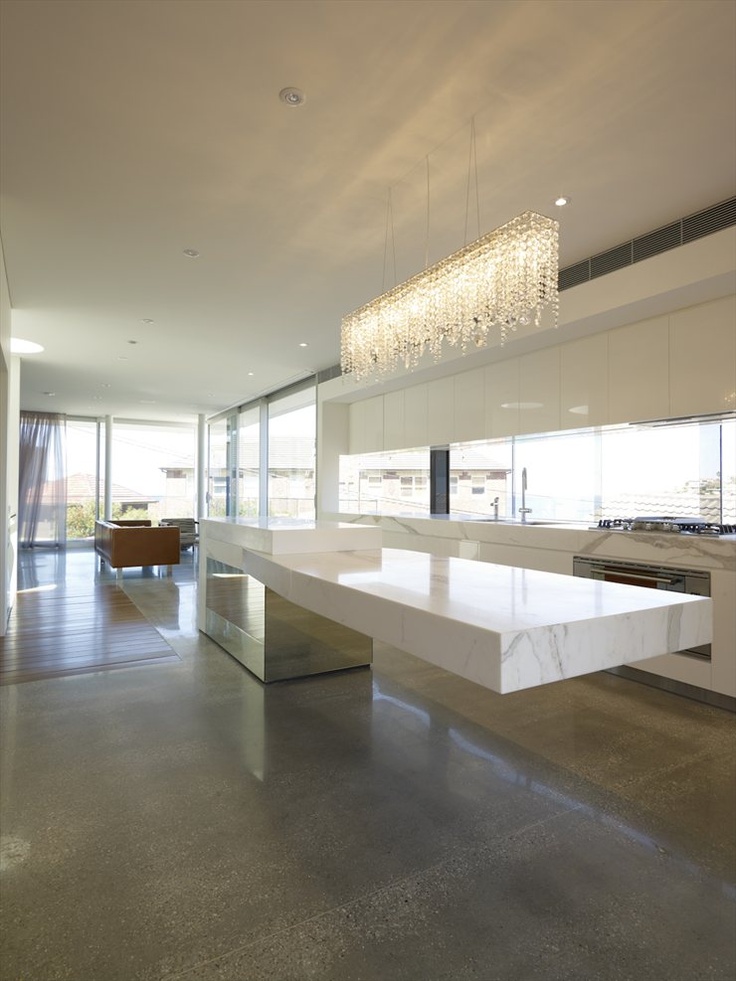 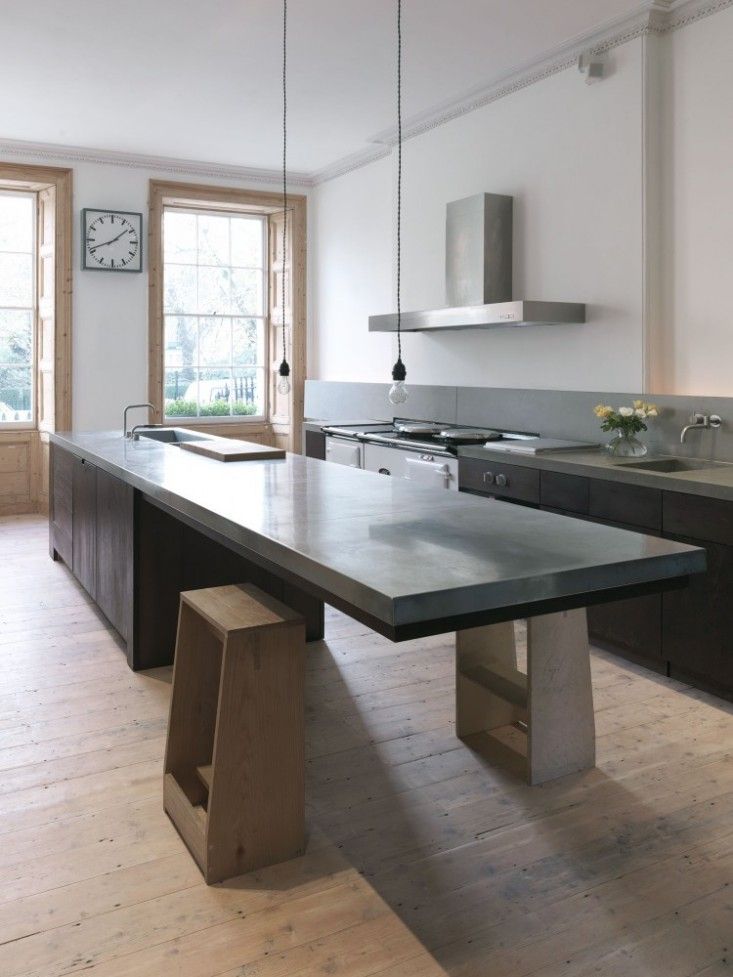 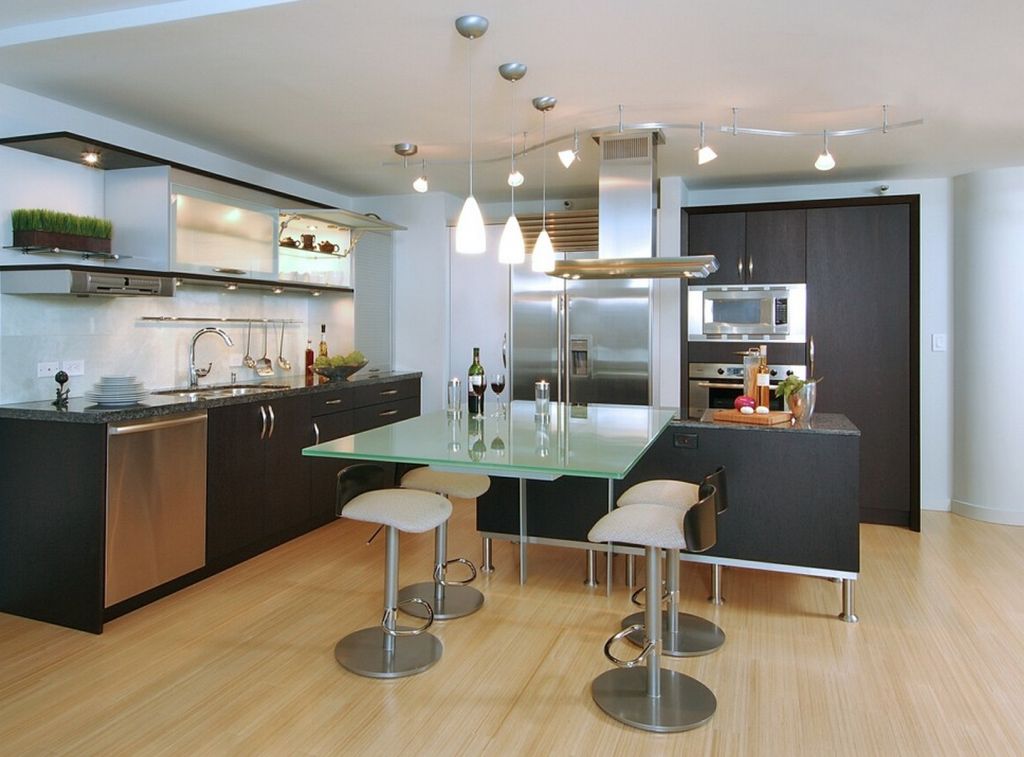 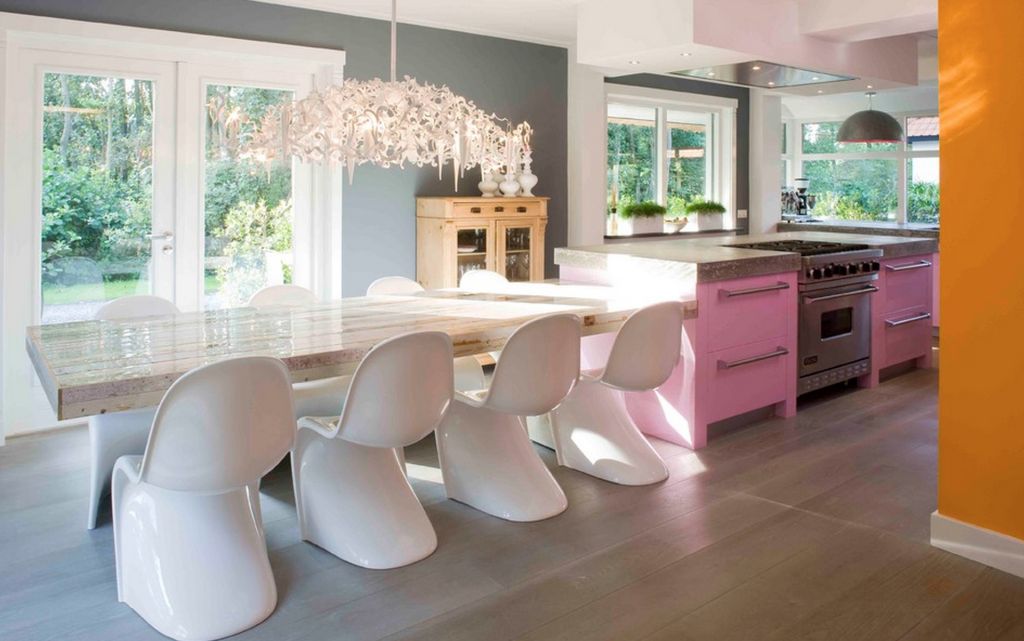 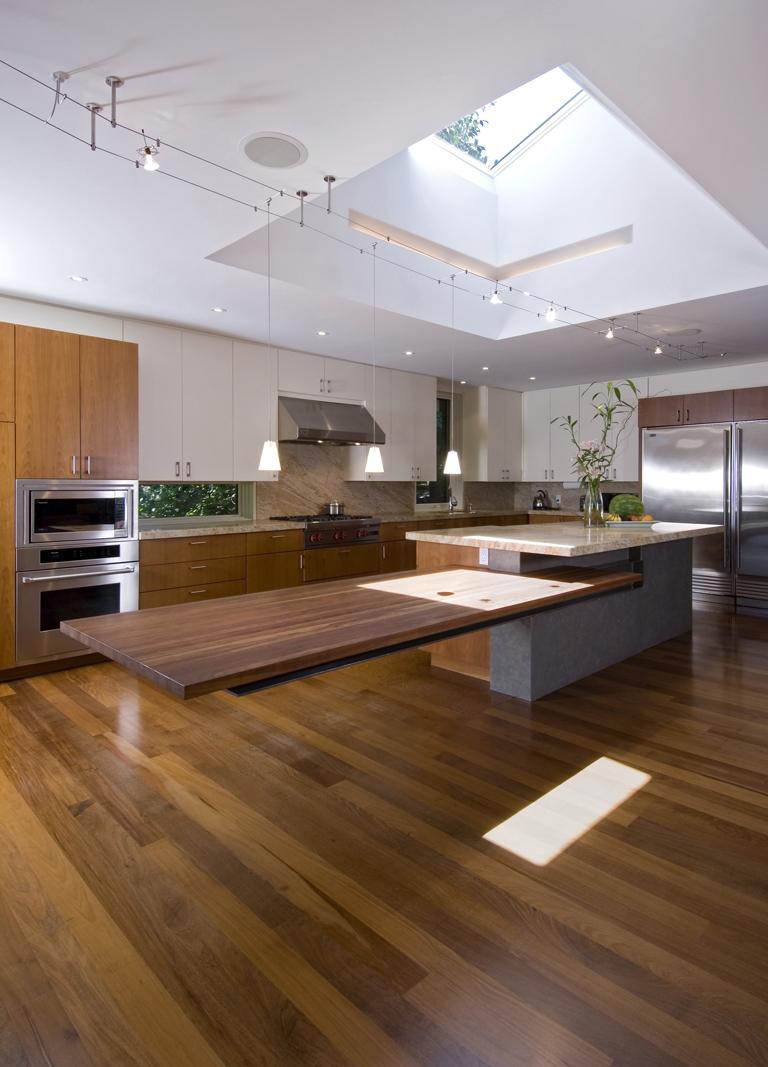 A lot of modern and contemporary home interiors focus on minimalism, trying to simplify everything as much as possible. And so, pieces of furniture such as floating beds and cantilevered tables become increasingly popular. Apart from being simple and stylish, cantilevered tables also create a really interesting visual effect as they appear to be floating.

Sometimes a cantilevered table is an extension of the kitchen island. This way, the kitchen and the dining area become one and the transition between them is as smooth and seamless as possible.{found on taylorsmyth}.

The cantilevered table extension is usually lower than the kitchen island to which it’s attached. This way the two surfaces are easy to tell apart and they also each maintain their individuality, despite being linked to one another.{found on leichtwestchester}.

Various types of combinations are possible. For example, the table can be a continuation of the island increasing the design in length, or the two can be designed perpendicularly in which case they intersect on their length and an L-shape is formed.{found on archipelagohawaii}.

Sometimes the two functions are blended so well that it’s impossible to tell them apart. We can’t really say whether this cantilevered portion is just an extension of the kitchen island for added counter space or a separate table.

In this case the situation is somewhat similar, although the fact that there are differences in height between the two elements allows them each to maintain their individuality and to function as separate elements.

Placed in the continuation of the kitchen island, this table actually has a bar but it’s almost unnoticeable. The camouflaged base allows this piece to be included in our list of beautiful cantilevred tables.{found on sublimegroup}.

Another possibility is to have the kitchen and the protruding table extension placed perpendicularly but not in an L-shape. Actually, these are usually custom designs and they suit the available space and the layout.{found on rollingstonelandscapes}.

It’s also possible for the cantilevered table to double as a bar and even as a minimalist island for the kitchen. It can be complemented by bar stools and it can have a thick, solid top placed in the continuation of the kitchen counter to form a U-shape such as in this case.{found on informinteriors}.

Cantilevered tables are not always attached to other structures. They can be freestanding pieces and they can double as kitchen islands or bars. In these cases they often feature sculptural designs and stand out with their form, not necessarily their color of finish.{found on talbotlepagedesign}.

In some cases, a cantilevered table can be attached to a wall on one side. This is a really stylish example of such a table. Placed in the corner, it becomes the main piece for the dining area. In addition, the strong black and white contrasts make it stand out even more.

In a way, this could be considered a table extension although it’s a permanent piece of furniture for the dining area and the most important one. This is a cantilevered table, although the chair legs tend to create an optical illusion.{found on christopherelliottdesign}.

This cantilevered prism from Atelier JMCA is the perfect accessory for a long and narrow space such as this one. It acts as a table as well as a counter or bar. It’s the type of feature you can expect to see in luxury modern homes but also in restaurants.