For a previously dark and cramped apartment in Copenhagen, Denmark, this newly transformed apartment in Belgrade is the picture of bright and fresh style.

Redesigned by interior designer Sonja Tonev, the apartment lost a lot of walls that were previous blocking the daylight and is now a cozy space that feels simultaneously welcoming and almost spacious.

All walls in the apartment were painted white, both as a trademark to modern living but also to visually expand the space itself.
Lest you worry that the small apartment would be lifeless with only white walls, never fear. The apartment is certainly not without personality! Vibrant, fresh color is peppered throughout, making the entire apartment appear bright without being overly cluttered and, consequently, cramped with “stuff.”
Upon entering the apartment, one immediately sees two distinct spaces with two distinct functions: living room and kitchen. An open flow permeates the space, however, unifying the spaces in style.
The divider is an isolated “wall” that is connected just to floor and ceiling; that is, both sides of the wall remain open to allow for complete circular flow around the wall. One side, the side that faces the living room, is an entertainment center, or “party wall.”
The other side of the “party wall” is one of the most stylishly efficient kitchen areas I’ve ever seen. A simple detail on the backsplash adds character while maintaining the clean, contemporary aesthetic of the entire apartment.
The rest of the kitchen wall houses sleek built-in kitchen cupboards and appliances. Up-lights on top of a horizontal cupboard keep this kitchen, which is housed in a corner area of the apartment, feeling bright and cheerful and clean.
When square footage is at a premium, which is absolutely the norm in most city apartments, one must squeeze function out of every last square inch. A stackable washer and dryer are hidden away in this mirrored closet, which not only looks modern when closed but also has the added bonus of reflecting more light and making the apartment look larger.
Of course, the bedroom exudes the same unique and fresh style as the rest of the apartment – with unadorned white walls but plenty of detail encompassed in the furniture choices. Love the texture of the horizontally slatted headboard.

What a perfectly lovely, fresh, and inviting apartment. I’d love to live here! 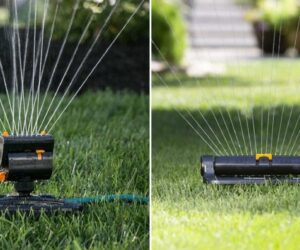 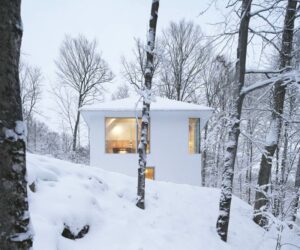 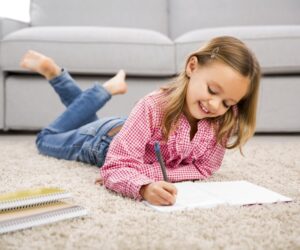 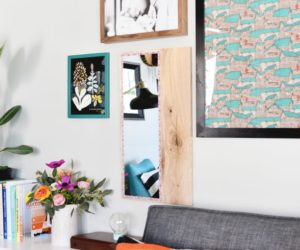 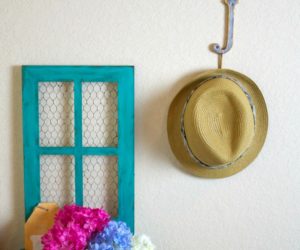 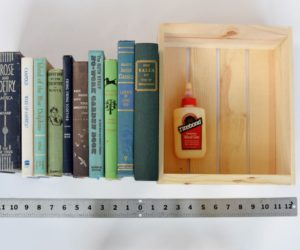