The concept of green design takes on a whole new meaning when used to describe this unusual cafe and bar in Amsterdam. The place is called Bar Botanique Cafe Tropique and you can find it in the Dappenbuurt district. It was designed by Modijefsky, a Dutch design studio founded in 2009.

The studio has a team of international architects and designers driven by a single goal: to take their clients’ ideas and turn them into reality after taking them one step further. They always bring new ideas to the table and their designs are carefully thought through down to the very last little detail.

The building that now houses this amazing cafe has a rich history. It used to be a gym and then it served as a bar. The new design is faithful to the history of the space, incorporating elements from each period.

The design of the ceiling and the hanging mobiles that decorate it are a reminiscence from the time the space used to be a gym while the railings and some of the furniture are inspired by the time when this used to be a bar.

The old metal railings were actually preserved. They were painted green to match the new theme and incorporated into the newly designed décor. They now separate the bar from the lounge area.

This amazing botanical cafe and bar owes its unique character to a variety of elements. For example, the structure of the building and its design make the space look similar to a greenhouse. With double-height glazing on two sides, the interior is filled with natural light which lets the plants thrive.

It seems fitting for the space to look like a tropical greenhouse and not just because of the large windows on the sides of the building. The double-eight interior is perfect for growing tall plants and creating a unique décor.

Green is obviously the main color used here. The walls, ceiling and even the floor are green. Moreover, the bar which is situated along the wall at the back is clad with hexagonal tiles that mimic palm leaves through their patterned design.

The bar’s top is made of marble and the veins that form a unique pattern and the play of grays and whites actually match the play of light and shadow creates on the ceiling and glass with the help of hanging mobiles and reflective dishes.

The whole interior is an elongated space and this type of layout is quite difficult to work with. However, the new design deals well with the layout. The bar sits parallel to the lounge area which is defined by sections of oak flooring and vintage furniture.

The entrance is facing the bar at the back and welcomes guests into the hearth of the bar. The furniture has classical designs inspired by the 1950s and offers an interesting contrast with the overall bold and quirky design concept.

Although the interior as a whole is inspired by the rainforest, the décor is not as lush and fresh as one might except. Instead, it has a little bit of rustic appeal and quite a bit of industrial charm as well. This eclectic style is what makes this place so special. There are so many interesting things that have their own important role in the overall décor and which somehow get lost in the big picture.

The palm trees, ferns and other tropical plants have their own role in this composition. They’re at the heart of the design without making the other elements seem any less important. Nothing was overlooked in the process, not even the bar’s logo which beautifully wraps around the facade, decorating the upper windows. 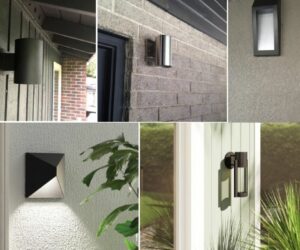 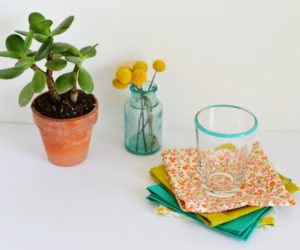 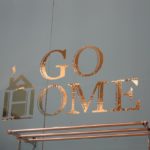