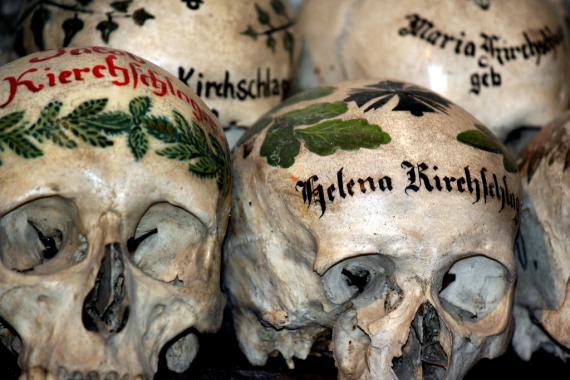 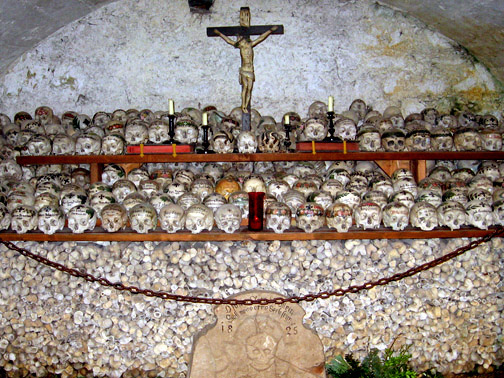 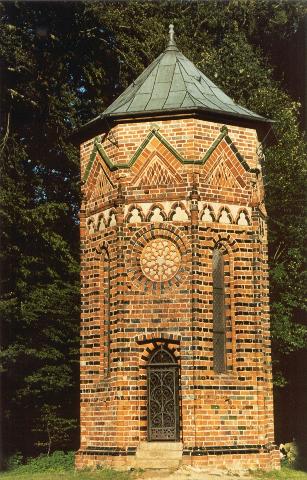 Tourists have always been fascinated by unusual things. That is why they go to see the pyramids in Egypt or the Great Chinese Wall. However, from time to time, you do meet some buildings that are very ordinary on the outside, but they are very special for the things they have stored inside. That is the case with Beinhaus located in Hallstatt, Austria. If you ever visit this town you will only see a small building situated near the town cemetery. It looks quiet and peaceful, nice and pretty old, covered in bricks and showing a nice geometry on the outside. It is covered with a tin roof that protects it from rain and bad weather.

Well, be prepared to be shocked because the inside of this Beinhaus is totally creepy: a bunch of more than 1,200 human skulls. And, as if this were not enough, all the skulls are colourfully painted with flowers, leaves, laurel branches and have the names of the deceased written there, too. The explanation is rather simple if you come to think of old times, but now it is unthinkable: the town cemetery was too small and could not expand any longer, so they decided to take out the dead after 15 years and keep the skulls in the sun and moonlight until they  were totally clean and bleached. After that they painted the skulls with flowers and leaves because the drawings were meant to replace the flowers on the grave.

The charnel dates back in the 12th century, but the skull displaying started only in 1720 and the last skull added belonged to an old woman who died in 1983 and this was her last wish. It may be creepy and scary, but this unusual Bone House attracts thousands of tourists every year.