Another great Before & After project was just finished under 300 $.This is pretty amazing  even for a simple  decorated room, but taking into consideration that this is a kids bedroom it is really impressive.The main designer’s idea  was to look big and probably more important, to look big with all the kids stuff in it.For accomplishing this walls were painted in white including the ceiling.The dresser was taken apart and then all the drawers were spray  painted in different colors because kids love a colorfull environment.

A  loft bed was hanged to create more space on the floor and clouds were cut to act as a guard rail for the bed.A very special thing I personally liked it was the “wall of art supplies”.A very ingenious metal sheet  placed on the wall and than  strong magnets were glued to the  back of  tin cans to create a special storrage area for  pencils, crayons and other writting or painting instruments.

The place is also animated by an art piece represinting  the map of their neighborhood.Also simple and ingenious because a projector was used to project an accurate map on an old  quilting cutting mat.Tracing the shape, painting and then outlining everything again to make it a little bit crisper was piece of cake.It is allways a  difficult  challenge to fit three kids in the same room and also to  make the room attractive.With a little courage and imagination this  beautiful project was a  real success.{found on designsponge} 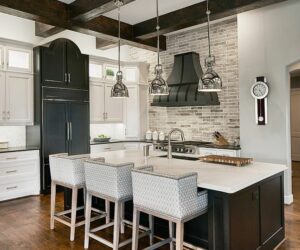 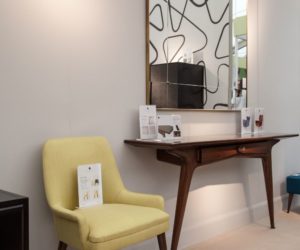 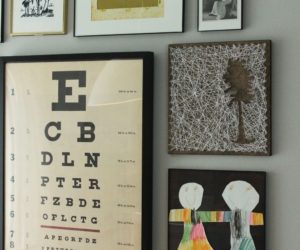 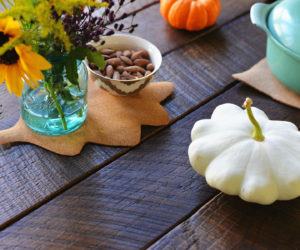