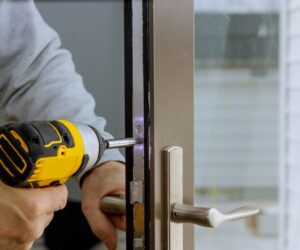 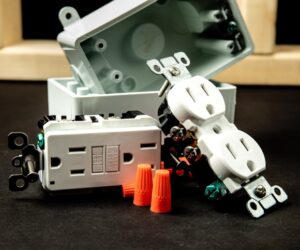 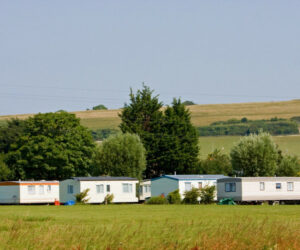 Canopy beds are more bohemian than the regular kind and it’s safe to assume that the canopy makes all the difference. 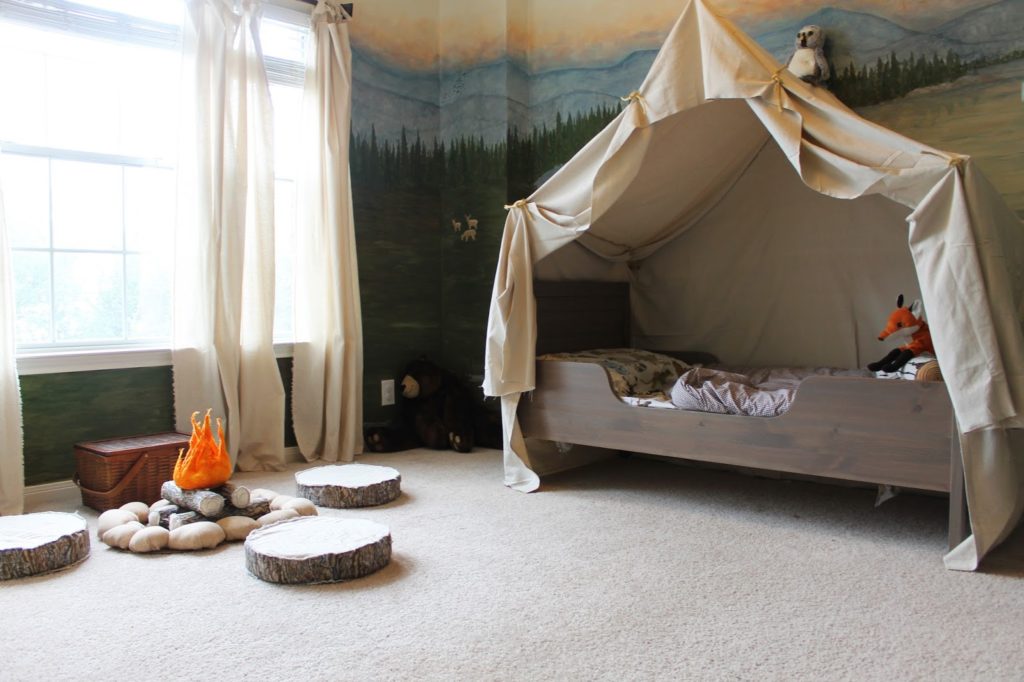 That being said, adding a canopy to an existing bed can drastically change the decor and ambiance of a bedroom. That’s something worth trying or at least contemplating.

DIY canopy beds take lots of different forms and the projects’ difficulty varies based on the style you prefer. Let’s have a look at some and see what’s involved.

A bit of history of canopy beds

Today canopy beds serve a decorative and aesthetic purpose but, like many other things, this whole trend was originally created out of necessity. You might be wondering what people could need bed canopies for back then. Well, for two main reasons.

A while ago a lot of houses used to have thatch roofs which were not really easy to maintain. Those who couldn’t afford better accommodations had to deal with less than comfortable living conditions. Sometimes parts of the roof were coming off and there were also dead wasps, bugs and even droppings from rats and mice that were falling down from the ceiling. The bed canopies were used to prevent these things from falling on the bed and to keep out this mess.

There was also another quite different reason why another category of people started adding canopies to their beds. Those who were wealthy and lived in castles and mansions with lots of servants had large bedrooms and it wasn’t just the masters who were using this room but also some of their employees. This was for convenience and for safety reasons.

In this case the bed canopies provided them with privacy and with warmth. The bed was enclosed and made those using it feel more comfortable by preventing anyone else from clearly seeing them. This is when bed canopies also started to play a decorative role as people started to make them look more and more beautiful and glamorous.

A lightweight canopy made of chiffon fabric

The canopy can be created in a lot of different ways. If you’re happy with just the impression of a canopy without bothering with all the structural details, all you need is some chiffon fabric, wall hooks and some clamps to transform your bedroom. Find the center of the fabric and clamp down. Then figure out where you want it to drape and put the wall hooks into the wall. Center the fabric onto the hooks and drape it. You can use a garland as a helper if you want. It’s a very simple project but in case you need more details you can check out creatingwithklc.

A canopy for your favorite armchair

If you want the canopy to look more authentic, it would be better to attach it to the ceiling than to a wall. There’s a nice description of the process on making-our-nest. The small canopy featured here was actually designed for an armchair but you get the idea. To create something similar you’ll need curtain panels, some ribbon, pom-pom trim and twine, a large embroidery hoop and netting.

To stay as close to the classical bed canopy idea as possible, you could try something similar to what’s described on takeitfrom-me. This canopy actually has a solid frame installed on the ceiling and building that required a few things like PVC pipes and elbows, clamps and spray paint. A drill, a saw and some sandpaper are also required to complete the project. The frame you build should have a size and form that match those of the bed.

A hanging canopy made of fabric panels

Building the frame is sometimes easier than crafting the canopy itself. That has a lot to do with the style and design you’ve chosen for your canopy bed. If you head over to huntedinterior you’ll find a tutorial showing you how to make a canopy out of fabric panels. It’s a whole process and it’s important to be organized and to have a clear image in mind of how you want the canopy to look like at the end.

Bed canopy that also serves as a headboard

The canopy of this bed doubles as a headboard. It’s a very ingenious idea so if you’re missing a headboard you should definitely check out designsponge to see how you can make a two-in-one piece. The project is not too complicated. The supplies needed include fabric, adjustable curtain rods, curtain brackets and anchors.

Repurposing and recycling can be fun when you’re creating something useful. Let’s say you want to build a canopy for your bed. One of the things you could repurpose in that sense is a ladder. You’ll also need some scrap wood and screws to build the supports for the ladder. In case you’re curious how that would work out, have a look at the ladder canopy featured on chippingwithcharm.

Tree branches for a beach-themed décor

Another idea can be to repurpose a few tree branches to build a support structure for the new bed canopy you’re about to make. Use a branch to hang the canopy from the ceiling with chain and two other ones to shape it so it frames part of the bed. It’s a really cool design idea especially for a coastal home or a beach-themed bedroom decor. We were inspired by the bed canopy featured on remodelista.

An old lampshade can only come in handy when you’re building a bed canopy. You can even customize it and make it look like a flower. That’s exactly what the tutorial featured on skooksplayground teaches. Here are the supplies needed: an old lampshade, a glue gun, green felt, pink felt, cord, a large paperclip, fabric and a ceiling hook. Feel free to choose other colors in case you prefer to customize the flower canopy differently.

The DIY bed canopy showed on lifeannstyle is pretty great too. It’s both good-looking and easy to make and it adds a romantic touch to the room. The main things you’ll need if you want to make something similar is two dowels and some fabric. First of all, you should pick a fabric that suits your style. A breezy fabric is better-suited for the project.

Instead of going out to get new fabric for the bed canopy you’re about to make, you could simply repurpose a tablecloth. If you follow the tutorial on vintageromancestyle there’s no need to even sew anything. Get some thick ribbon and cut it into strips. Glue them to the back of the tablecloth as shown. Two curtain rods will need to be installed on the ceiling to get the desired result. Two chandelier swag hooks will also be needed.

Corner canopies for a breezy look

If you make the canopy too small or too heavy you could risk creating a claustrophobic ambiance in the bedroom. You could try instead to keep the design simple, airy and breezy. There’s a very good tutorial on onekingslane which would help in this case. This is the list of supplies you’ll need in case you decide to make a canopy just like that one: four wooden dowels, 12 copper U brackets, 4 copper elbows, 4 copper Ts, 8 copper caps, 8 drapes, a saw, glue, screws and anchors. Make sure that the drapes are long enough to reach the floor.

A symbolic canopy of sheer fabric

Of course, if you don’t want a full canopy you can just make something symbolic. You don’t need a lot of things for that. Some wooden dowels and sheer fabric should be enough to get you started. You can use thumb tacks to secure the canopy to the ceiling or, if you’d prefer something sturdier, you can use screws and anchors and you can even replace the dowels with pipes for an industrial touch. {found on rosyredbuttons}.

Tent-inspired canopy on three sides of the bed

In a way, a canopy makes the bed feel like a tent…and that can inspire some interesting projects and designs like the one you can find on theraggedwren. The idea suggested here is that you can use fabric to surround the bed on three sides and to create a cozy, tent-like space. It’s something that the kids would surely love. It’s like camping but indoors and more comfortable.

Actually, you don’t even need a bed to make a cozy tent-like nook. You can simply hang the canopy and put a soft blanket on the floor. Check out the chic canopy tent featured on Thriftyandchic. It’s so pretty and, best of all, it’s very easy to put together. You can use a curtain rod section or hooks and rope. Either way, corners are great because they make the project a lot easier.

It could be fun to put together a small canopy tent for the kids and to attach it to the ceiling with a hook. Make it removable so you can take it down when you’re cleaning the room or when you need the space for something else. The hook can stay there. If you want to make the tent look magical, use some string lights and sheer curtains. Check out Handmadetales for reference.

You can add a canopy to any kind of bed and it doesn’t even need to be attached to any of the walls or the ceiling. It can be a freestanding structure that fits over the bed and can be added at any time. One of the simplest options in this case is to use PVC pipes and fittings. These can be easily cut to size to make a custom canopy frame. You can find all the details on instructables.

Another idea is to not only make a canopy for your bed but make the whole bed frame from scratch. This way the canopy can be built into the frame and not just attached to it or to the ceiling as a later addition. If this is a project that you’re considering taking on, head over to instructables for more details.

Bed canopies that are decorative don’t really need to block the sunlight or to be made from a specific type of fabric. Sheer curtains like the ones featured on craftedbythehunts have a sort of symbolic role. In this case it’s actually canopy bed frame that stands out and makes the strongest impression.

Small, decorative bed canopies like this one are easy to make and also easy to install. You can hang them directly from the ceiling and over the bed and they don’t need a big or complicated frame. You can make this one out of a quilting ring and use a bit of rope to hang it. All the details of the project can be found on burlapandblue.

Bed canopy split down the middle

Just like curtains and various types of window treatments, bed canopies can also be of various different types and have all sorts of designs. The version featured on spindlesdesigns is quite simple. It’s attached to the hook on the ceiling and it’s also split down the middle and attached to the headboard on either side of the bed.

Full canopy attached to the ceiling

You can barely see the frame that this beautiful canopy is attached to. The ceiling rings mark the corners and the curtains do a nice job at separating the sleeping area from the rest of the bedroom. They’re not completely opaque which still allows the room to look breezy and open. If you want to see how they were made head over to oliveandlove.