This beautiful villa is located in Gothenburg and its owner is Wictoria Ostrelius who was also the interior designer. The villa was originally an old structure in very poor shape. Its new owner basically had to change everything stating with the facade. What she managed to do with this place is impressive. She turned it into a dream home.

The villa has a classical design with a fresh and elegant look. It used to look old and sad but, after the renovation it regained its original beauty and charm. It’s now a modern home with an interior that features a combination of vintage and contemporary. At first, Wictoria Ostrelius found herself in the middle of this 180 cubic meters of space filled with debris and scrap. She had to make some major changes, both inside and out. She changed the façade and came up with a stylish interior design. 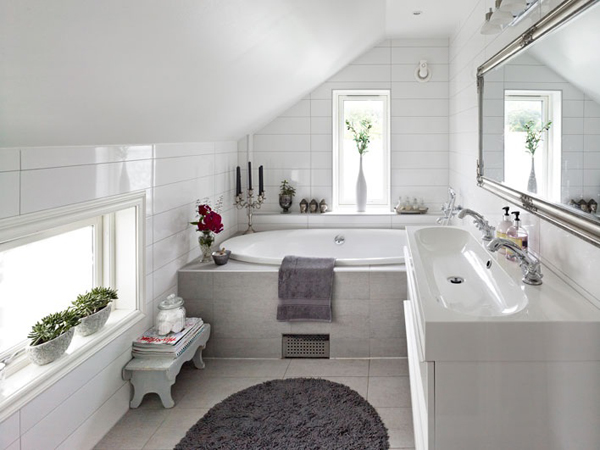 The designer and her husband spent most of their time working at their new dream home. They removed the plaster from the interior and insulated the façade. The whole place was brought back to life and it got a modern feel and a whole different perspective. However, given the fact that most of the houses from the neighborhood had a classical, old style, the couple didn’t want to make their home stand out so they tried to make their home as modern as possible but while still allowing it to naturally integrate into the surroundings. The result was the perfect mix of old and new and a house with character and personality.{found on husohem}.