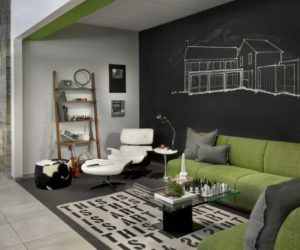 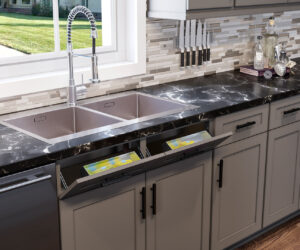 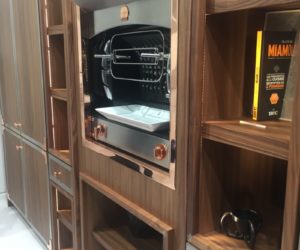 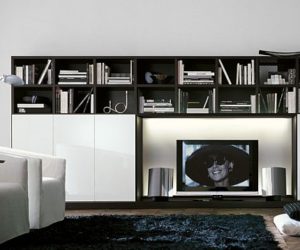 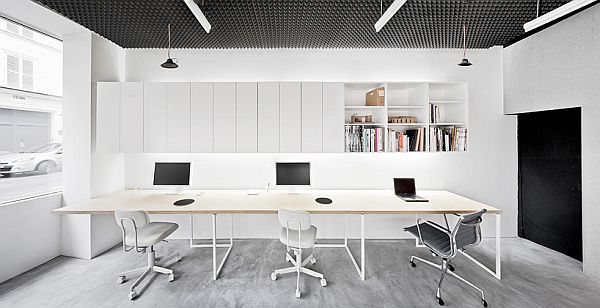 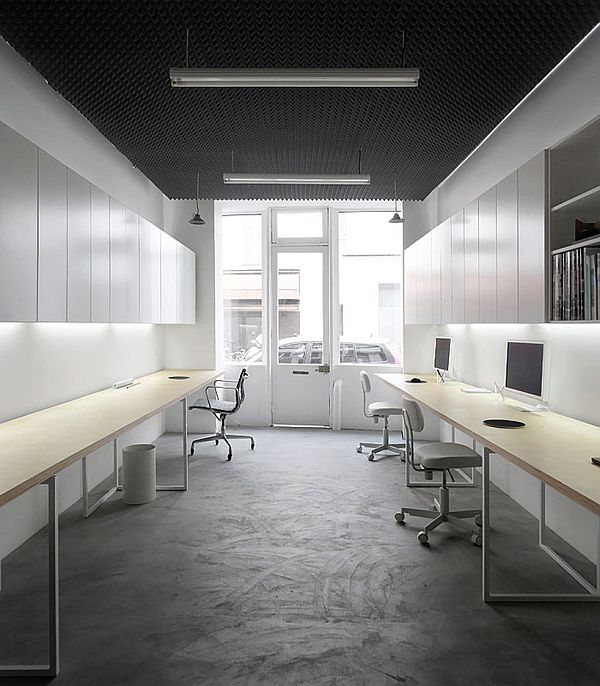 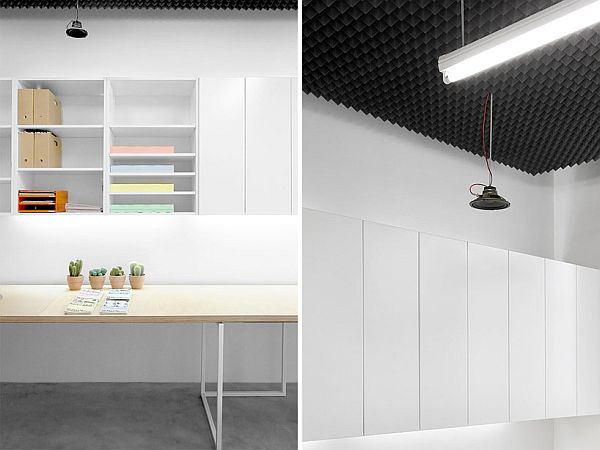 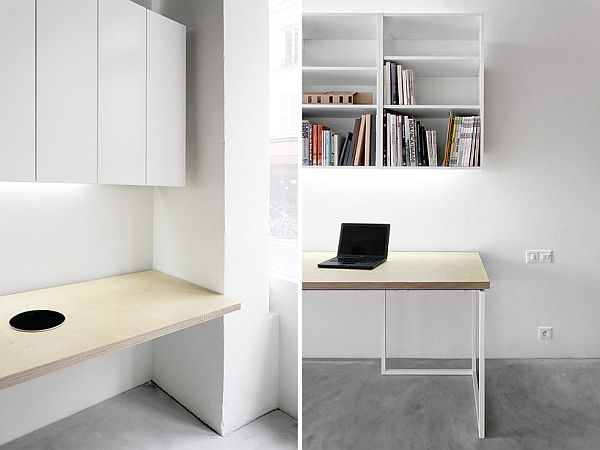 betillon / dorval-bory is a Parisian architecture firm that decided to set up their office in a renovated shop located near Luxembourg Gardens in Paris, Franc. Their ‘basic office’ as they call it is rather small. There were only 25 square meters available to work with so the architects decided to keep it simple. In this case the name is quite suggestive.

Instead of installing separating walls, the architects decided to keep the space as it was and to work with only one large area. The large open space means more natural light and more functional space, since the walls are no longer a part of the office. The large front window lets plenty of light inside. The space is divided by a central circulation aisle that separates the area into two work spaces. The working stations don’t have a definite arrangement and they are flexible in this sense.

Above the desks, functional storage cabinets have been installed. This way the space doesn’t go to waste and the storage units are very practical. The cabinets are illuminated from behind with fluorescent tubes. The rest of the space is illuminated by three powerful pendants that hang from the ceiling. The office features concrete flooring. The furniture has been positioned in a linear way and the acoustics were not very satisfying. To solve this problem, pyramidal acoustic tiles have been used, the same material used in recording studios. It absorbs the reverberations and solves the problem.{found on designboom}