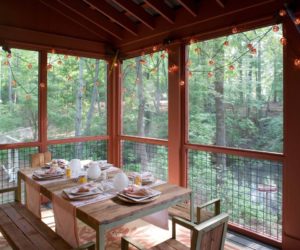 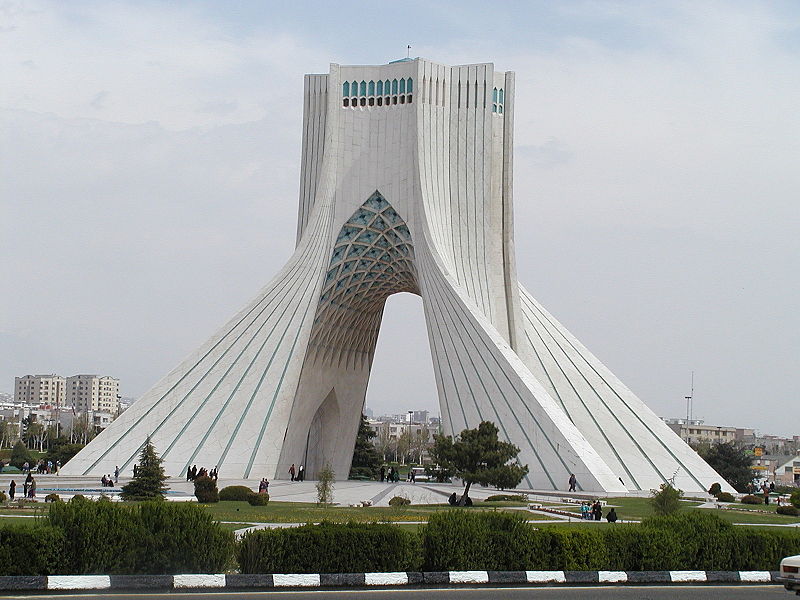 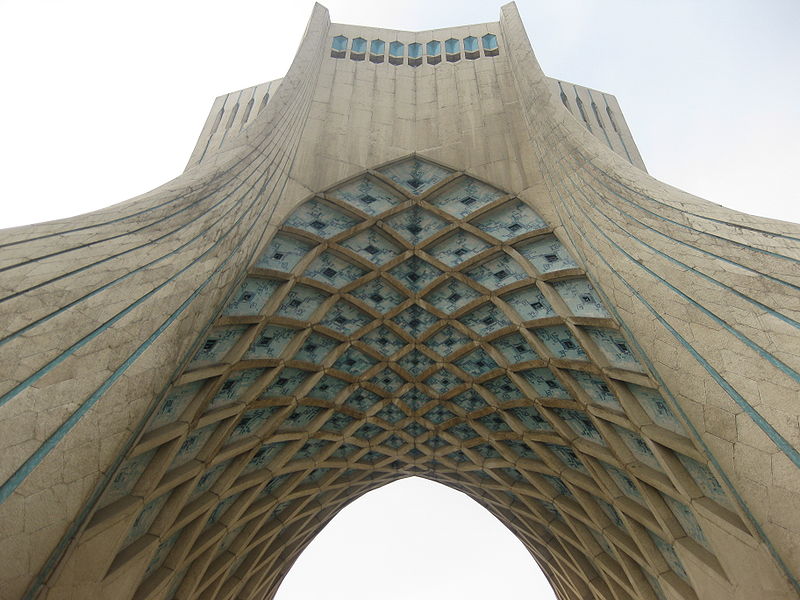 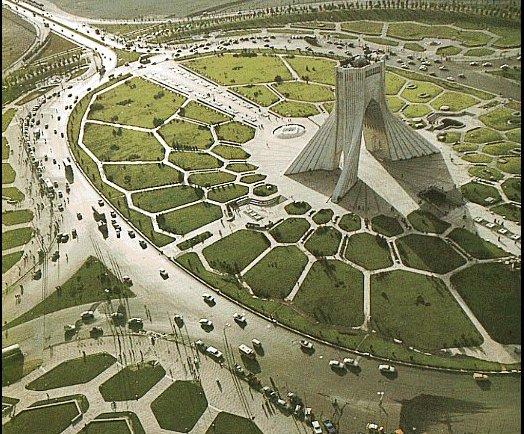 If you ever visit Iran then you must go and see the landmark of Iran’s capital -Tehran which is the Azadi Tower. It is situated at the entrance of the city and stands there like a watch tower that guards the whole city from above. It was designed by Hossein Amanat, a Canadian of Iranian origins who actually fled the country after the Revolution in 1979 and who won a contest organized for that occasion. The tower was supposed to be built in celebration of the 2500th anniversary of the Persian Empire, but it actually meant the end of the Pahlavi dynasty that was then ruling Iran. So the original name of the tower, “King’s memorial” changed into Azadi meaning Freedom.

The tower is 50 metres tall and it was finished in 1971, under the close surveillance of one of the best people in the field -Iran’s finest master stonemason, Ghaffar Davarpanah Varnosfaderani. The monument id made of huge blocks of white marble whose dimensions were calculated with the help of a computer, so that they could match perfectly. They used eight thousand blocks of marble that was brought from the Esfahan region, famous for its quarries.

The tower has both Islamic influences, but pre-Islamic, too and it combines in a very creative manner the traditional Iranian architecture with modern elements and an original vision. Nowadays it is used for cultural purposes and also houses museums in the basement and souvenir shops for those visiting Iran. As I said before it is Tehran’s landmark.