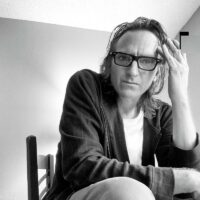 Lance Crayon is the latest addition to the Homedit team, where he brings his expertise and skills as a journalist and editor.

With over 25 years of professional writing and editing experience, Lance makes sure our written content adheres to the same standards and principles our readers have grown to expect.

Lance Crayon has been a writer, journalist, and editor for over 25 years. Beginning in 2009, he lived in Beijing, China where he worked as a news editor and videographer for China Radio International, The Global Times, and China Daily.

During this time, Lance directed and produced “Spray Paint Beijing,” a documentary about graffiti artists in the capital of China. After relocating to Los Angeles, he worked as the senior news editor for The Global Times (US edition) where he supervised the launch of the Peoples’ Daily English News app.

Lance’s long-form journalism writing has appeared in The Los Angeles Review of Books – China Channel, The World of Chinese magazine, and The Center for Security Policy. Today, he lives and works in southern California’s San Gabriel Valley.

The University of Texas at Arlington – B.A. – English.