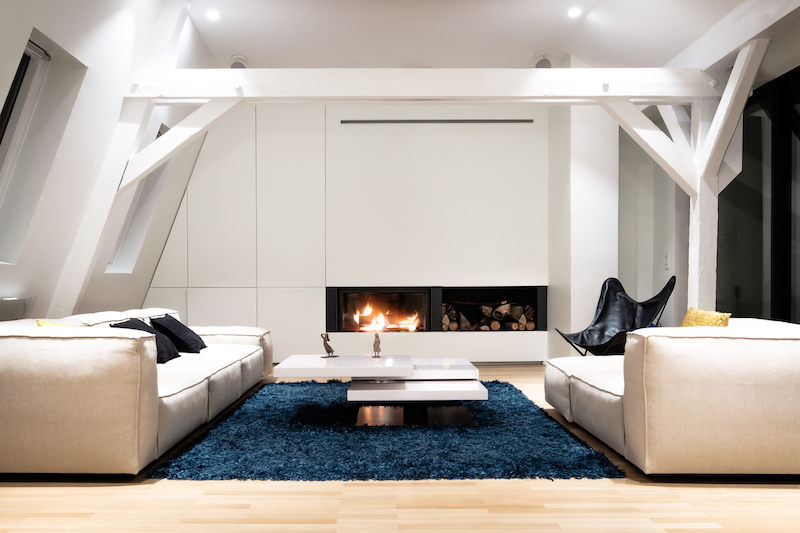 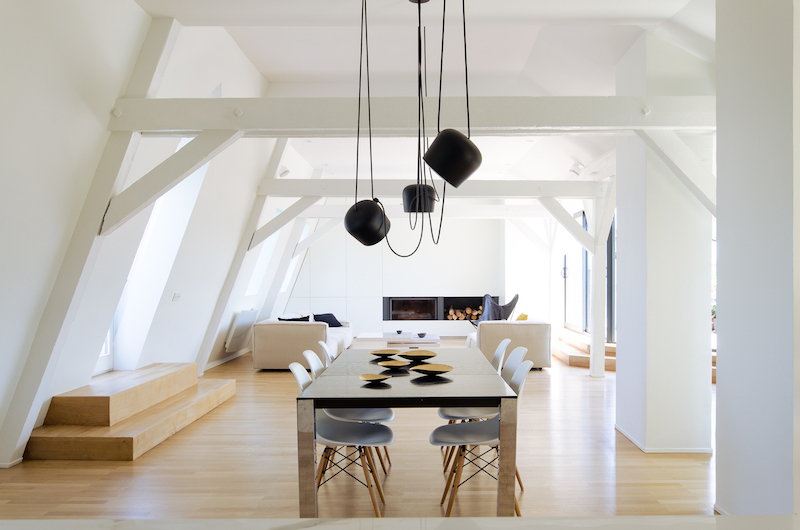 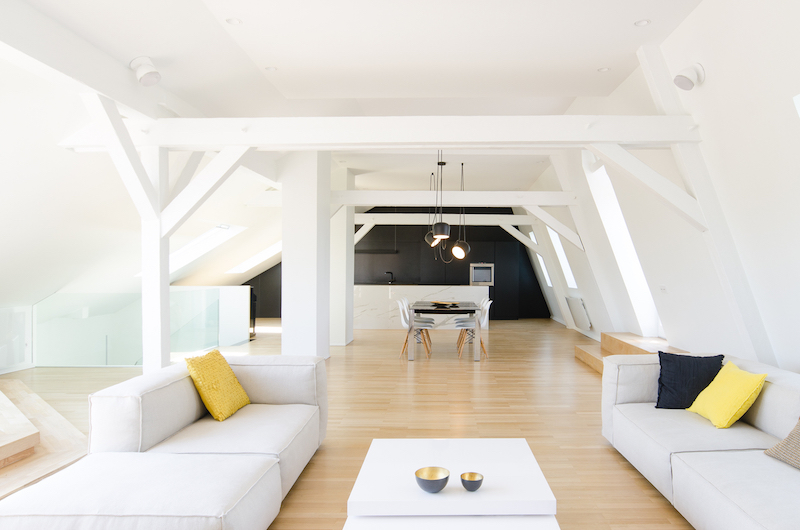 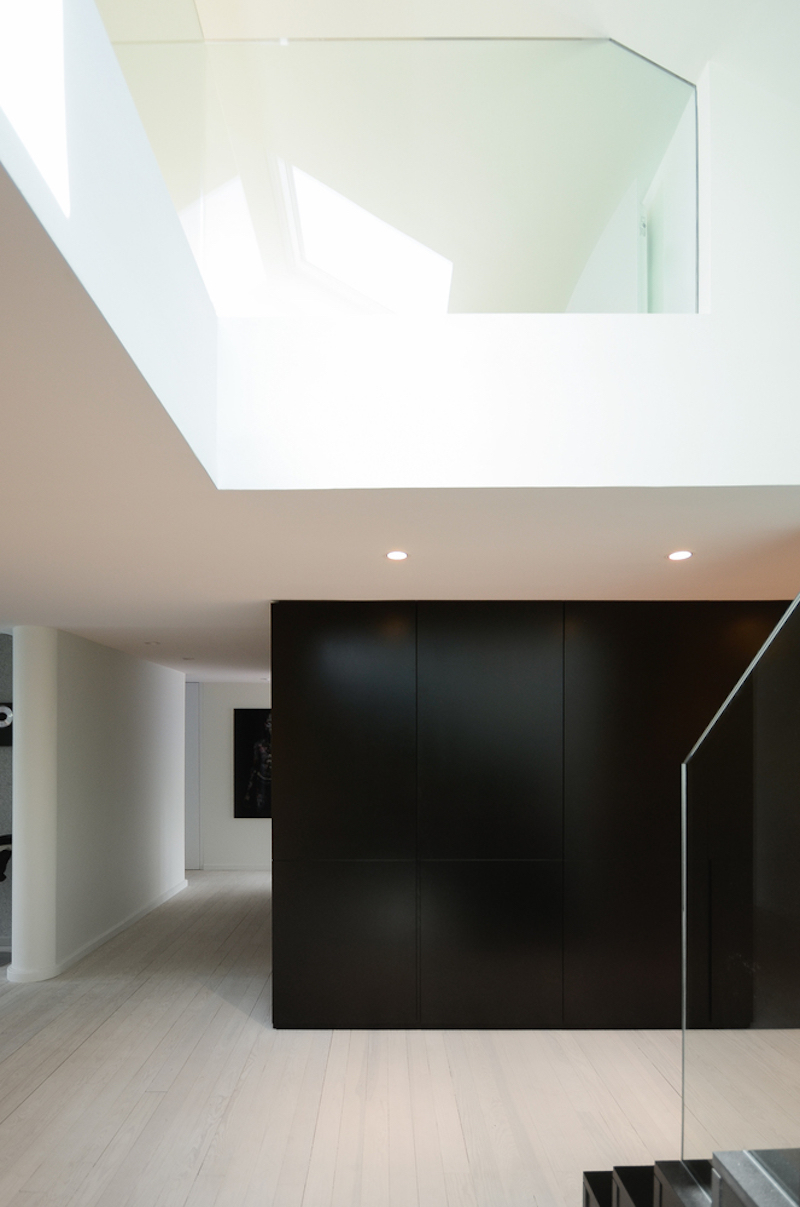 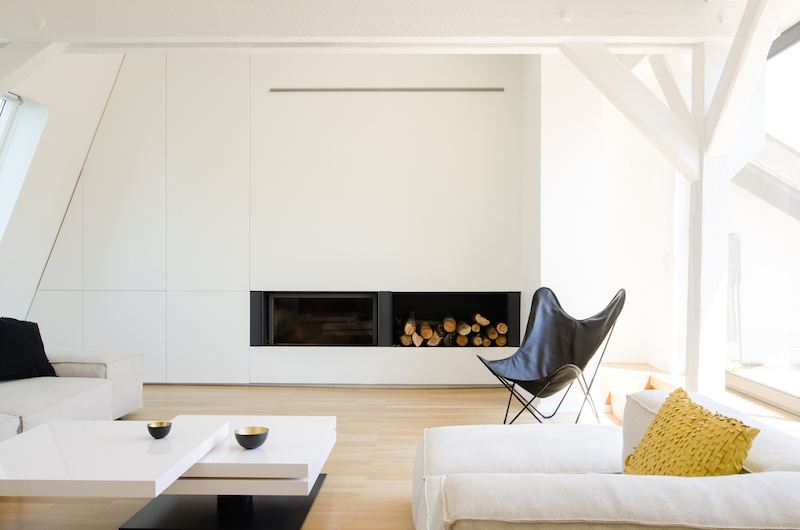 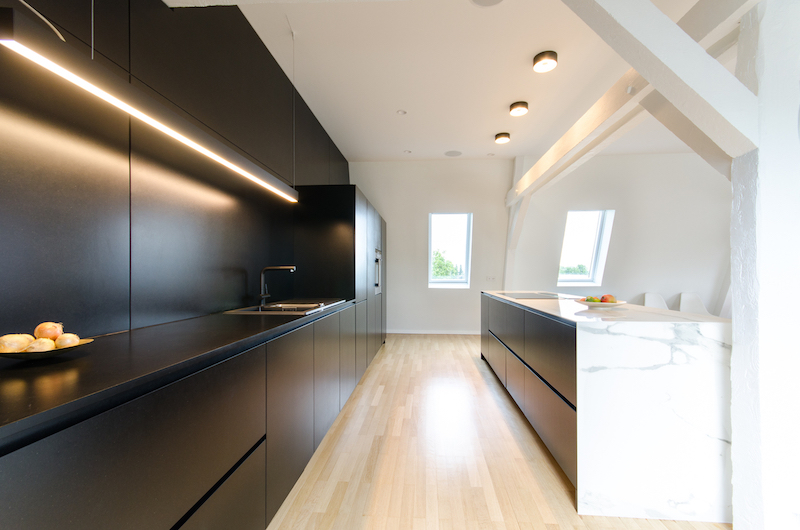 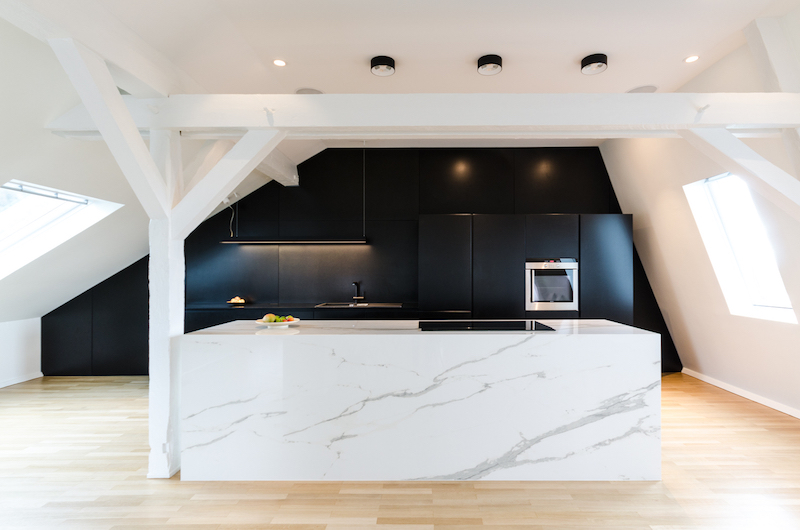 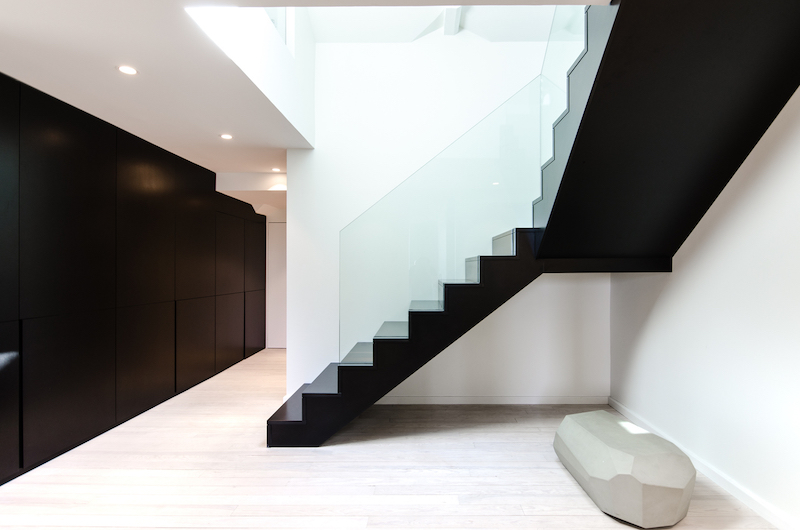 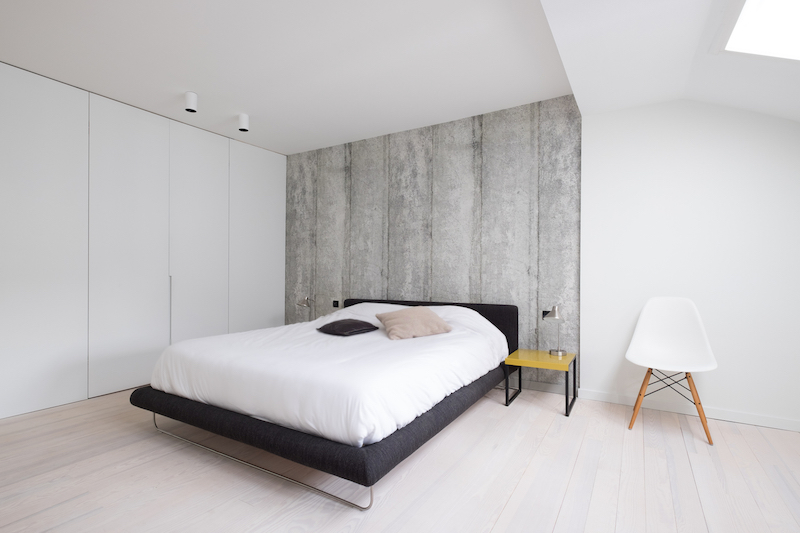 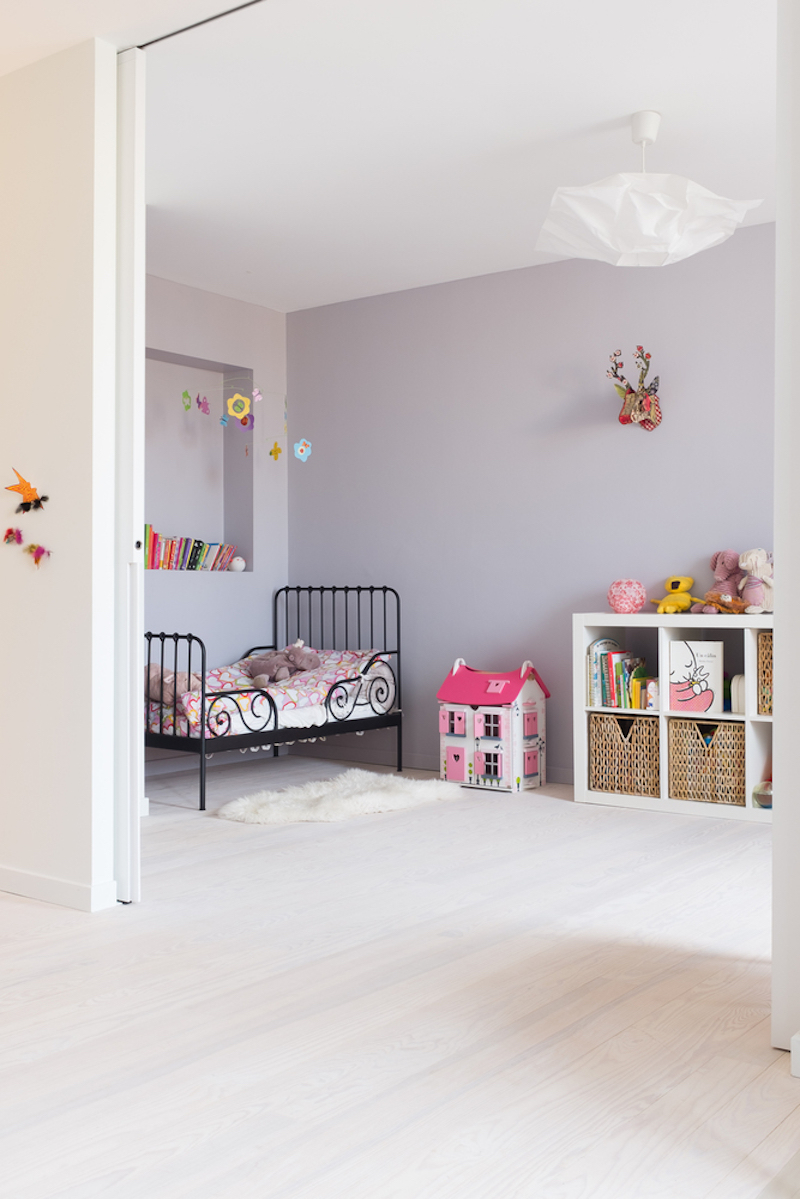 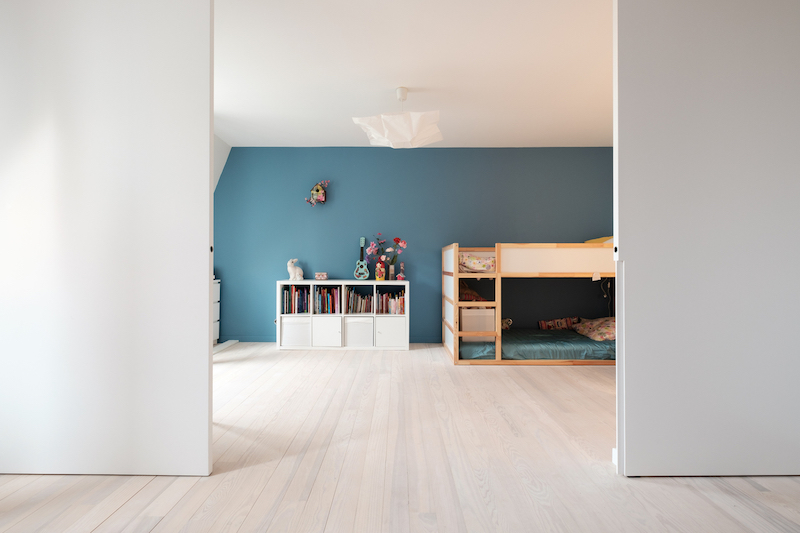 Once just a simple storage attic in a building that was built in 1901, the space was finally transformed in 2015 when it became a part of a contemporary duplex apartment. The conversion was done by f + f architectes, a studio known for its contemporary approach to design and the ability to create decors inspired by context.

The duplex was created by converting the old maid rooms and adding the above loft space which until then was used for storage. Here, in the attic of a very old building in Strasbourg, France, the designers managed to pull off a contemporary and very elegant apartment with a total living space of 240 square meters.

The transformation was completed in 2015 and the designers had a very clear vision of how the space should look like. They used a simple palette of materials which includes wood, MDF and marble. The original wooden floors in some of the rooms were preserved and refreshed.

The kitchen and bathrooms make use of marble for their counter and island designs. This adds a very elegant touch to the decor. Black MDF was also used for a lot of the furniture as well as for the staircase and a box-like volume which conceals functions such as a bedroom, a bathroom and a storage area.

The lower level is composed of a home office, a family room, the bedrooms and bathrooms while the top floor houses an open space composed of a living space, a dining area and the kitchen. The entrance hall has a double height ceiling and it divides the space into two zones, putting the master bedrooms and children’s rooms on one side and the guest bedroom and the office on the other.

Black MDF was used for the box volume, the staircase and some of the furniture, including the kitchen cabinetry and counter. The upper floor puts the dining area at the center, with the kitchen on one side the living room on the other. The living room faces a large terrace.