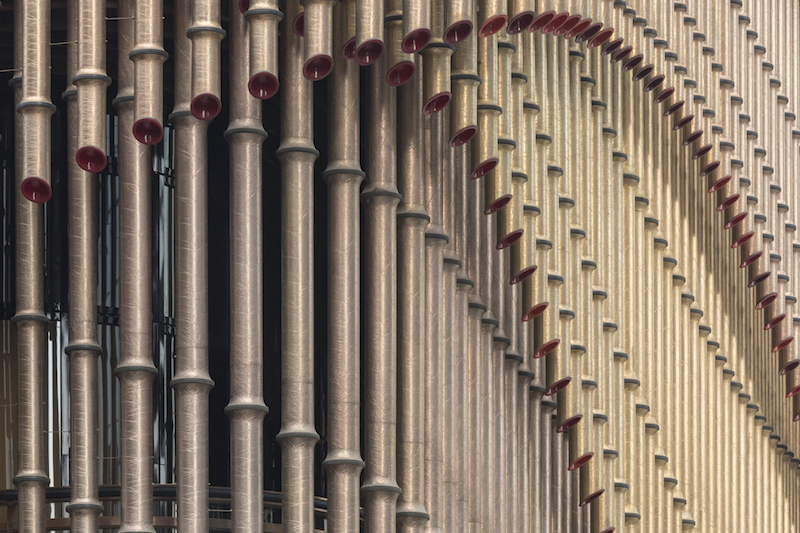 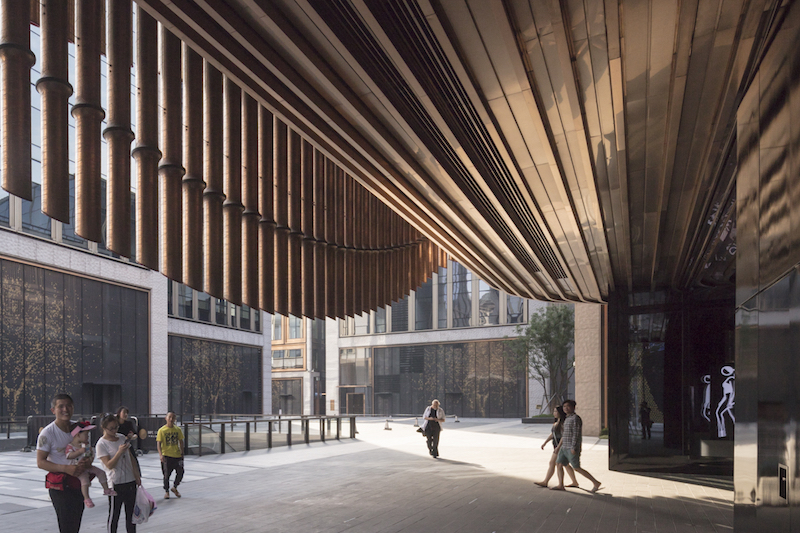 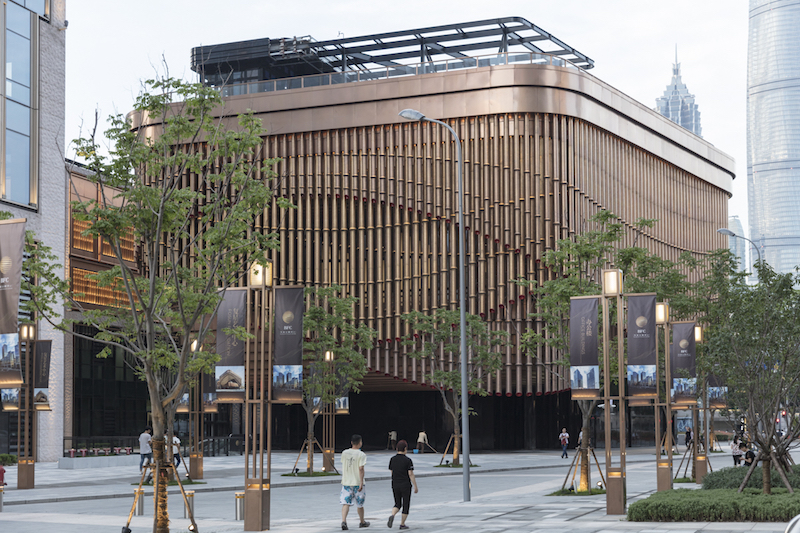 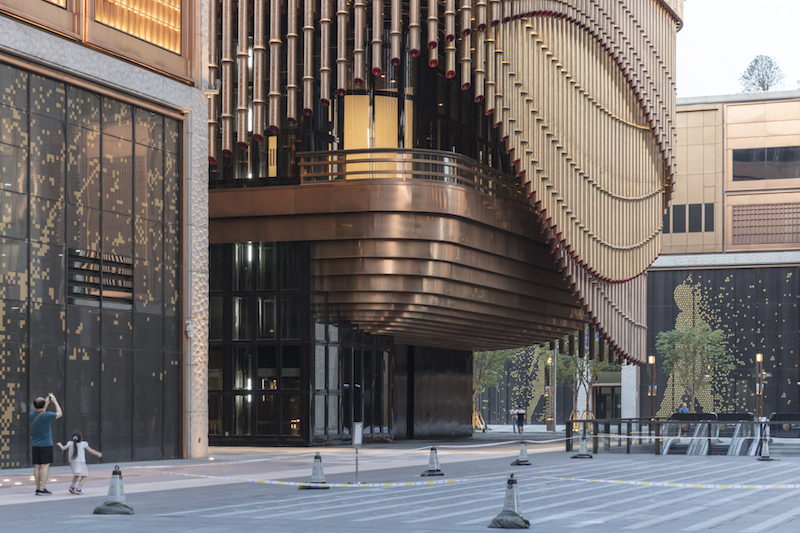 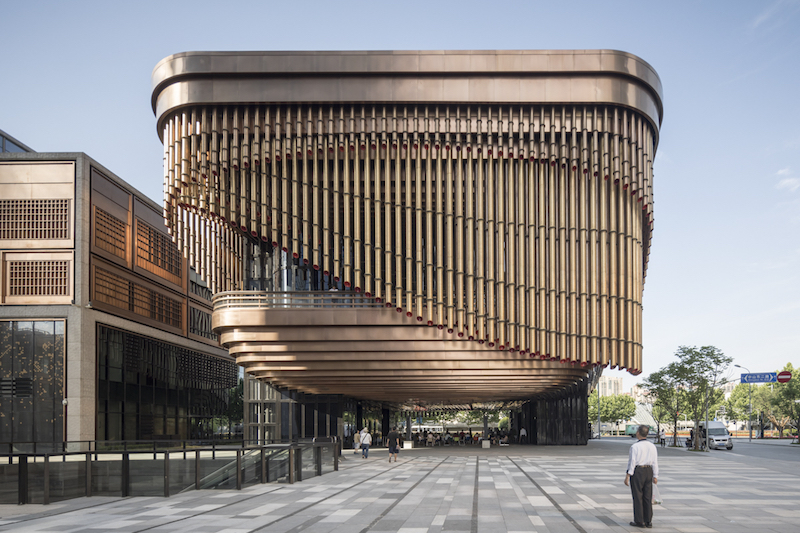 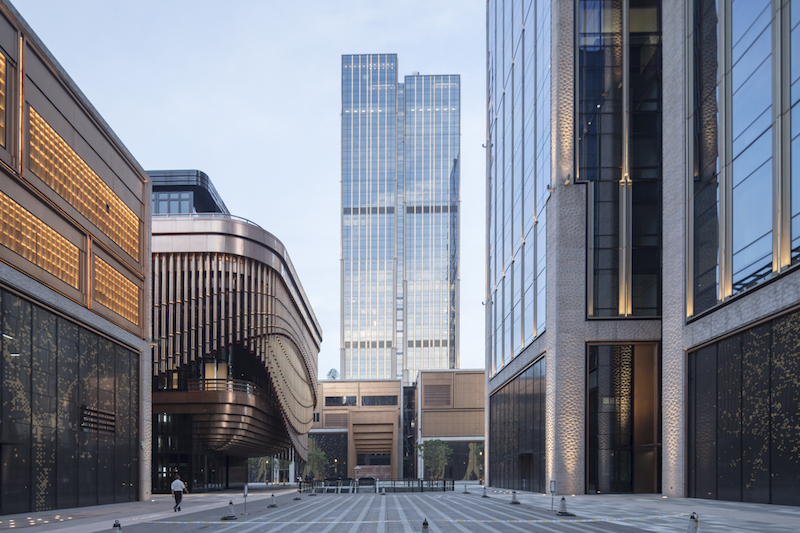 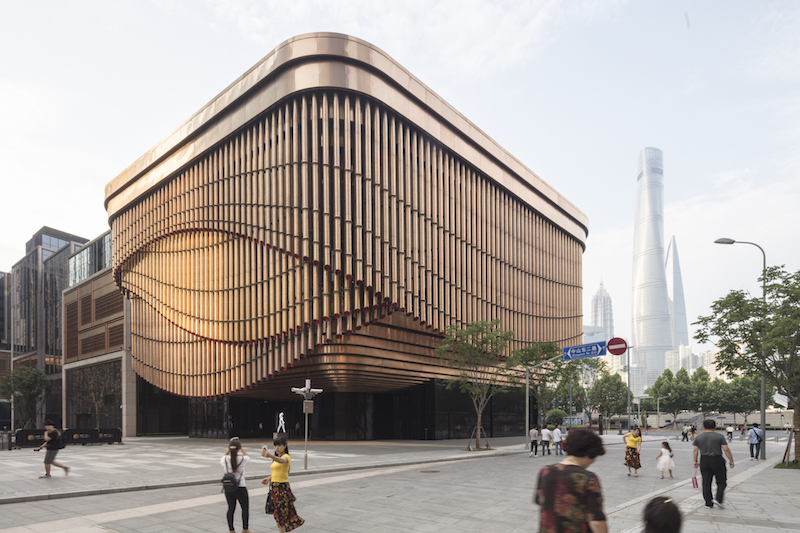 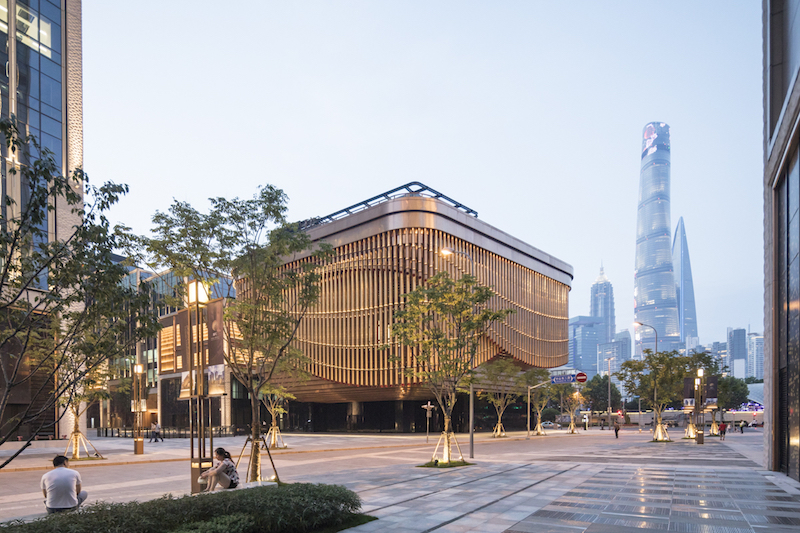 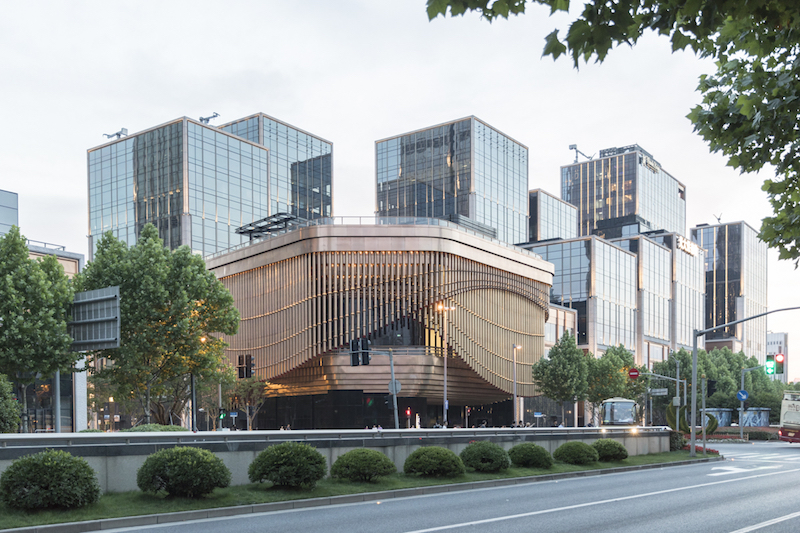 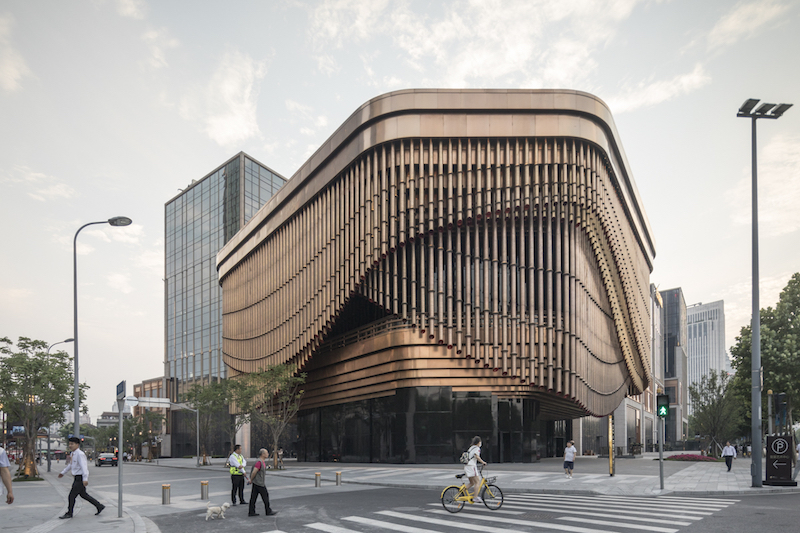 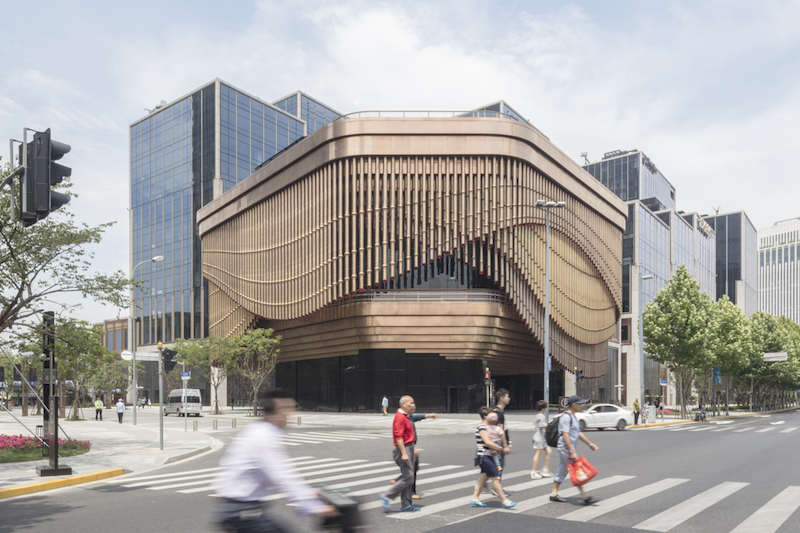 A new development was added to Shanghai, China. It sits between the old town and the new financial district and it stands out no matter from where you look at it. One of the most prominent structures is the arts and culture center which is placed at the heart of the development. Its design was a collaboration between Heatherwick Studio and Foster+Partners.

The whole development covers 420,000 square meters of space and includes, in addition to the art center, two 180 meter high towers, a boutique hotel and a variety of luxury retail spaces. The goal was to design and build a multifunctional complex which can incorporate a variety of spaces and functions. It was designed to accommodate exhibition spaces, event spaces as well as a performance venue which the architects say was inspired by the open stages of traditional Chinese theaters.

The two towers were designed to incorporate office spaces as well as a boutique hotel. The art center is structured on three levels and includes a variety of gathering spaces, galleries and exhibition areas, including one on the roof. Its design is eye-catching and unique. The architects wanted to distance themselves from China’s tendency to copy designs from around the world and wanted instead to inspire a desire for uniqueness.

The building’s facade is designed to resemble a moving veil or a set of curtains which wrap around the structure. It adapts to the changing use of the building spaces and it frames the views in interesting ways. The facade is built as a series of bronze tubes arranged in a parallel pattern, in several overlapping layers.

The project started in 2013 and, after four years of development, the centre is now complete. It became a new landmark for the city thanks to its position as well as its striking look which contrasts with the 19th century neighboring buildings. The architects made sure to also allow it to blend in so they maintained the same proportions and height in relation to the existing structures.