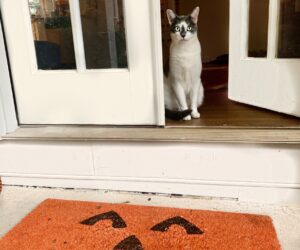 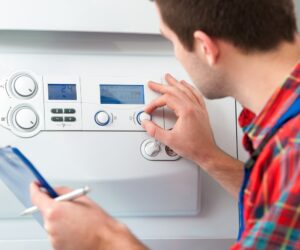 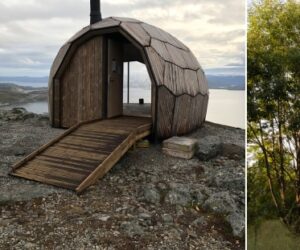 Although not that impressive in size, the Checker Box Office Complex is a building guaranteed to be noticed from a distance thanks to its attractive and unusual facade. Add to that the fact that the building was erected between two existing structures and you’ll definitely be interested to find out more about this project.

The complex is an apartment building located in Tehran, Iran. It was designed by the Arsh Design Group and was completed in 2009. The team chose this unusual location due to space constraints in high density urban areas. From the outside, the building only displays a single two-dimensional facade.Even so, it’s enough to impress.

The animated surface of the facade includes a series of sliding components. This gives it a dynamic appearance which can change in a variety of ways. The role was not only to create something outstanding that would impress visually but also to give the inhabitants the option to customize and control the way the exterior of their apartment looks like.

The sliding facade can open or hide the rooms and either offer them more privacy or revealing the views to those inside. The front and the back facades are quite different from each other. If the front part of the building featured this sliding mechanism, the back part looks like a completely enclosed surface. A few discreet lines give out the fact that there are carved out surfaces which can fold down or open to reveal windows and flat surfaces for displaying planters., in a way like a tiny balcony.

The architectural and sculptural look of the building also characterizes the interior of the apartments. They’re sleek, minimalist and modern but definitely not monotonous. Their flexible layout and design allows for a variety of configurations to be explored.