The new version of the Ark Shelter is even more amazing than the previous ones if that’s even possible. Completed in may 2018 this all-includive totally furnished module is the result of the hard work that architects Michiel De Becker and Martin Mikocak put into the project.

The philosophy behind Ark Shelter Studio is to go back to the basics and to inspire people to live within nature. The new version is called the “into the wild cabin” and features an extra module at the top which makes it different from its predecessors. The shelter can function completely off-grid which makes it pretty awesome, especially for those that enjoy spending their vacations in remote areas.

The new Ark shelter has five openings which allow it to communicate with the surroundings on all sides and in a very enjoyable manner. The design of the shelter is quite contrasting. The structure looks very simple, even modern on the outside but is in fact quite complex and sophisticated on the inside. An automated system allows the user to pre-programme the heating and cooling of the space as well as to control the shading. On top of that, the cabin is packed with awesome feature like a hidden jacuzzi and a bed under the stars. 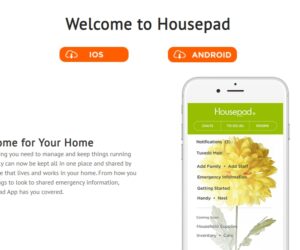