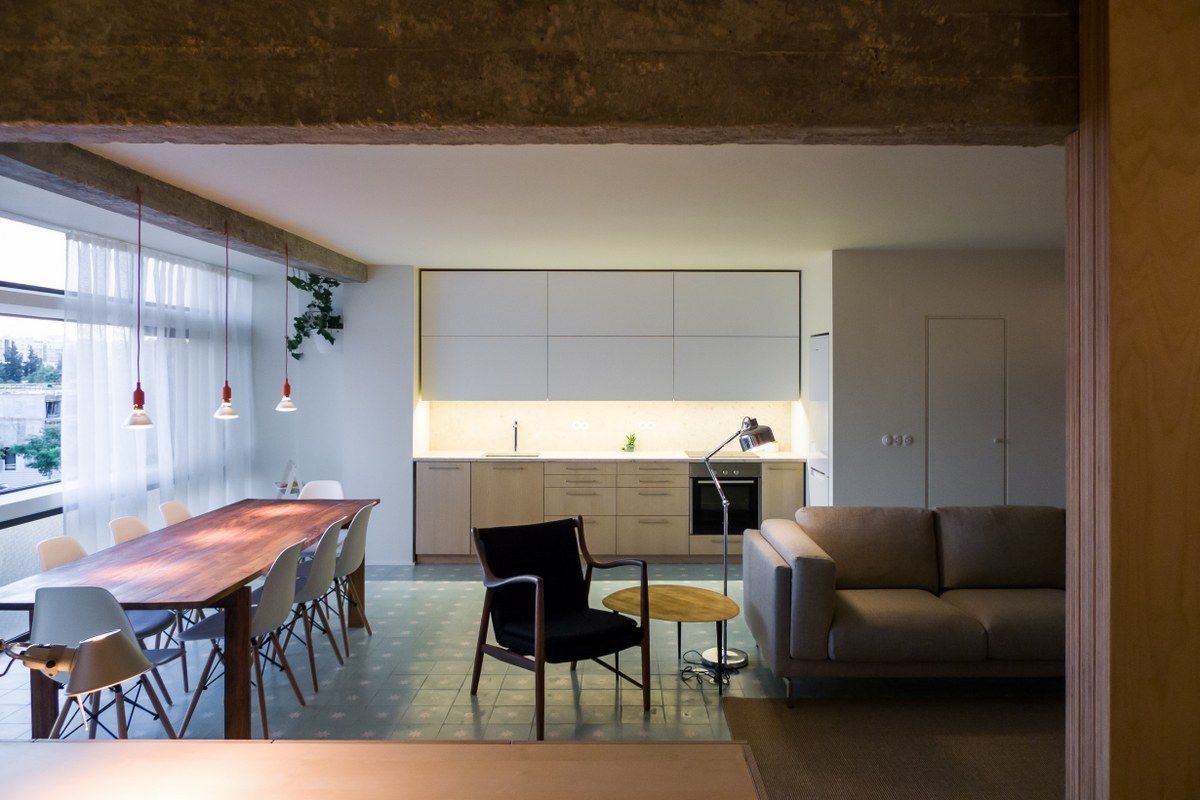 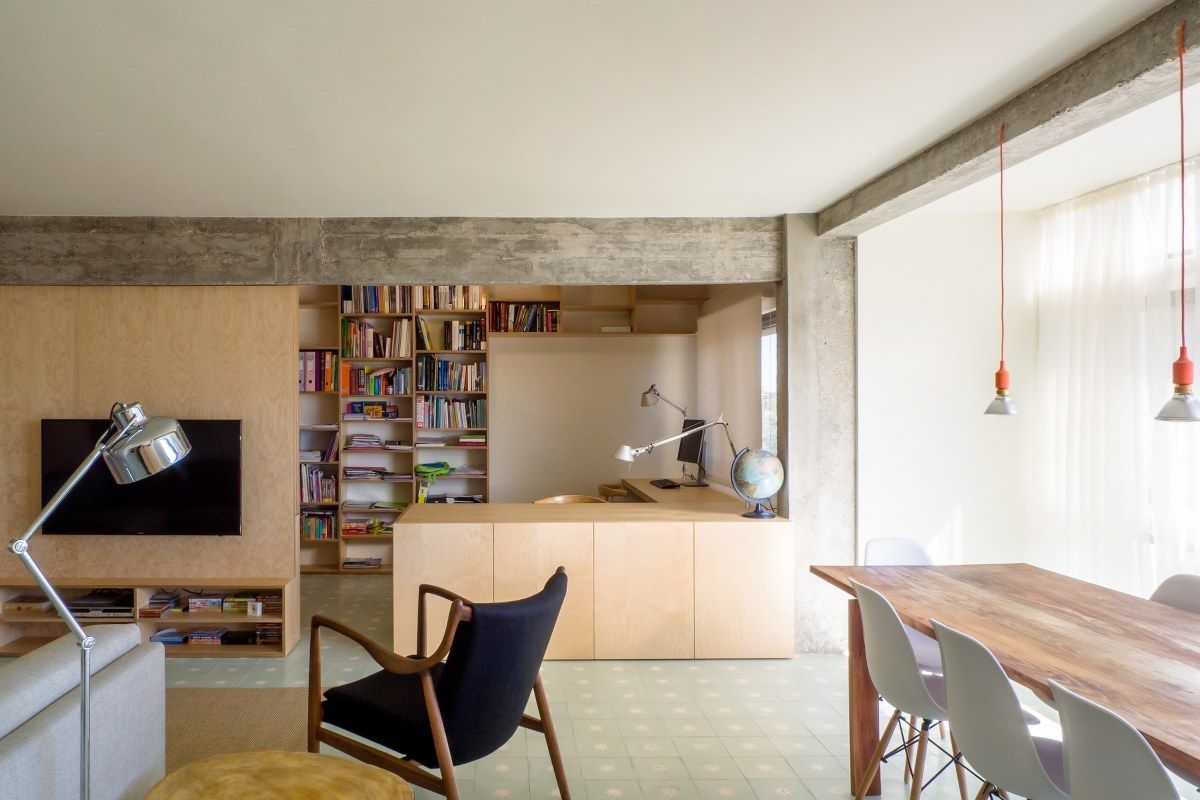 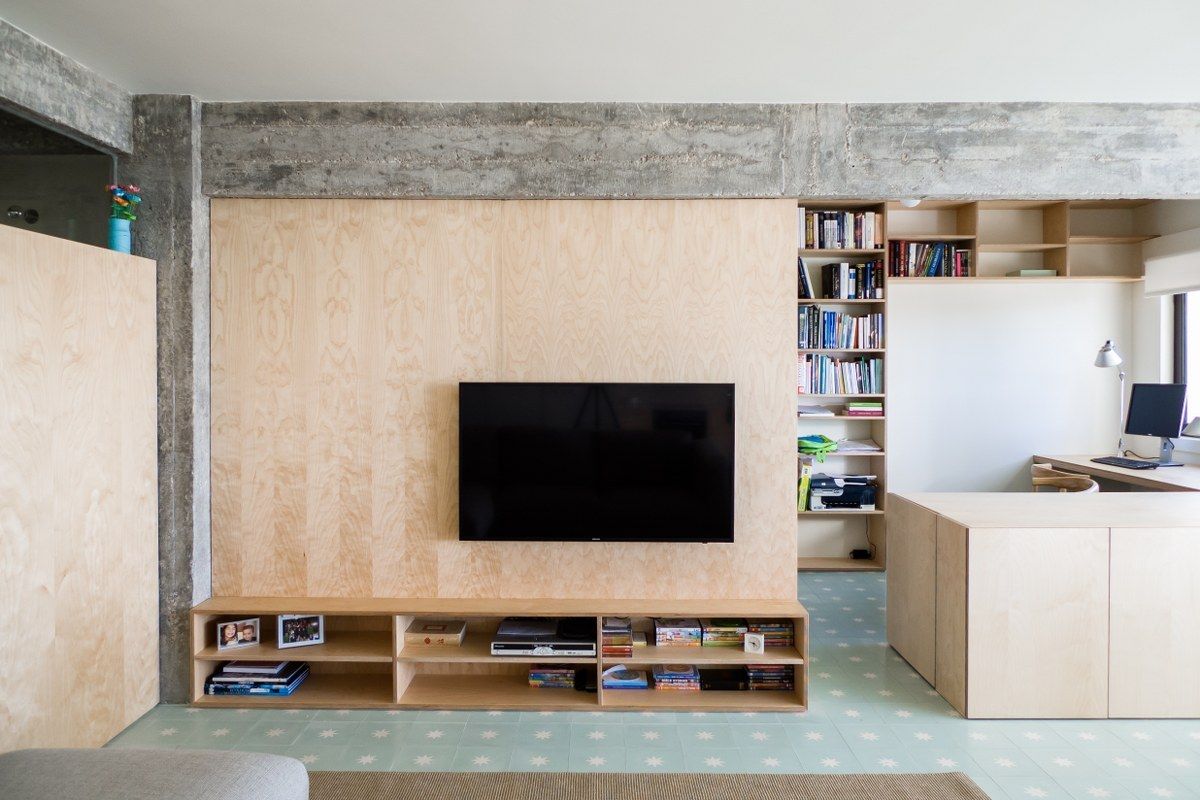 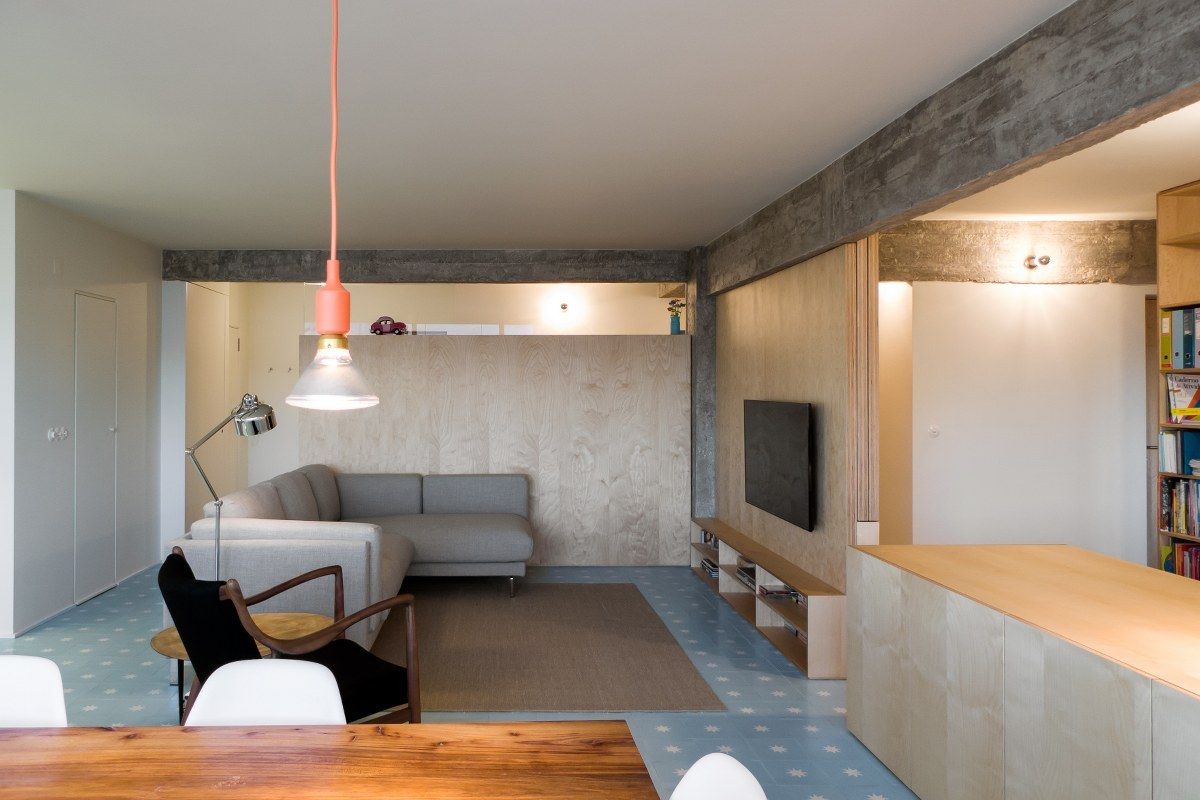 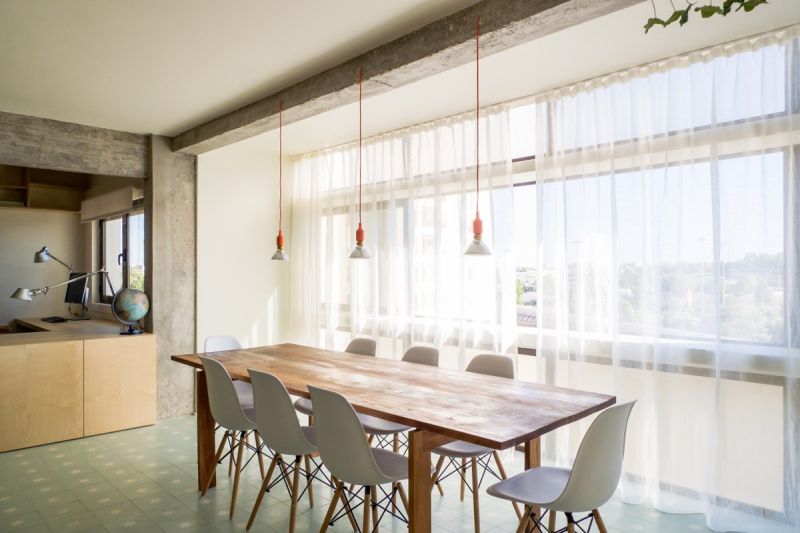 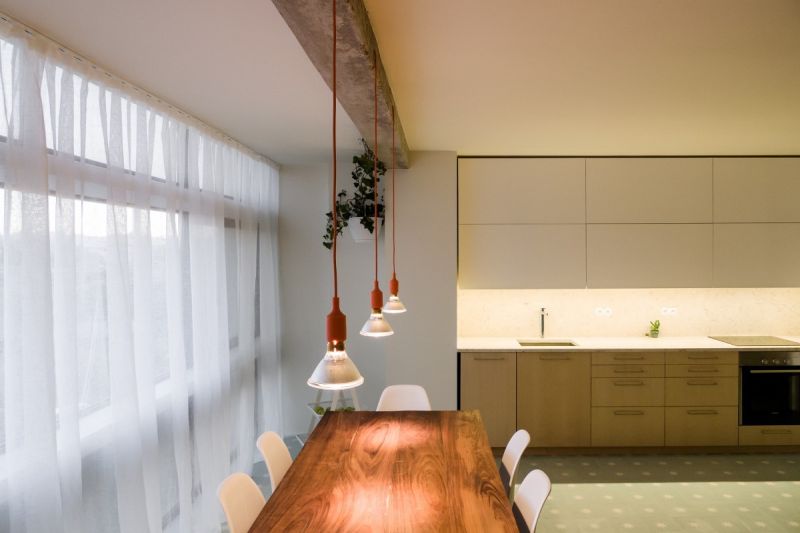 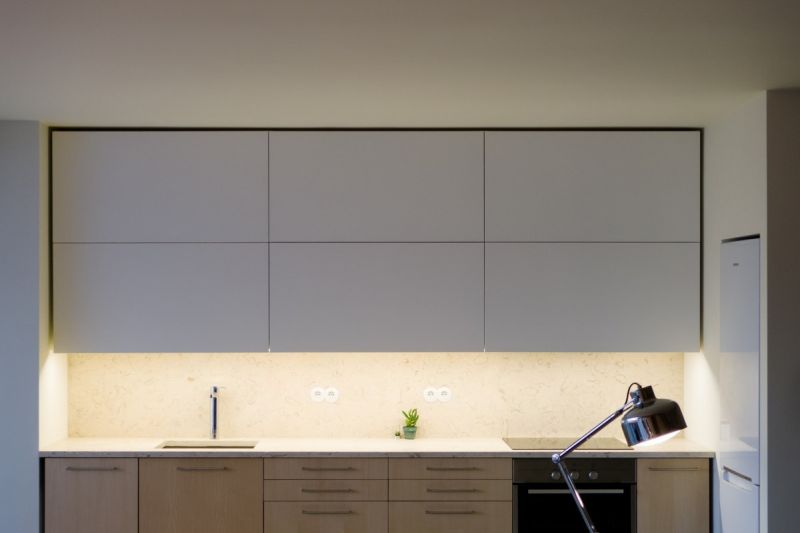 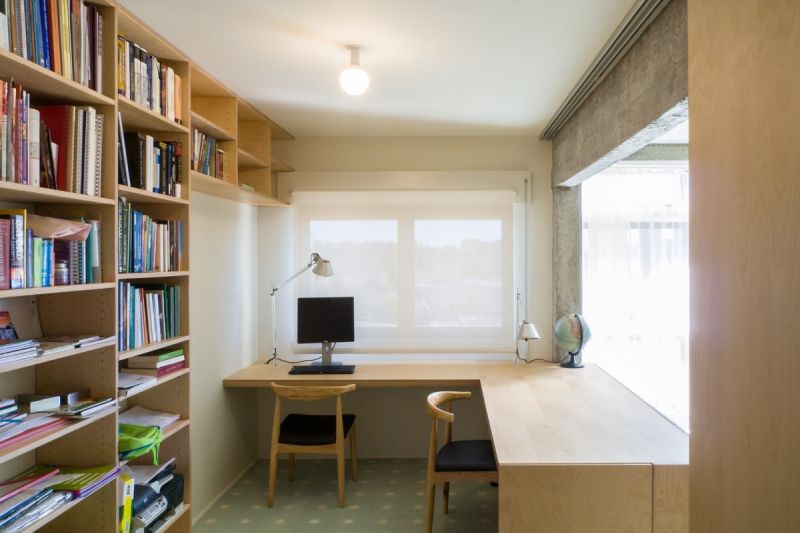 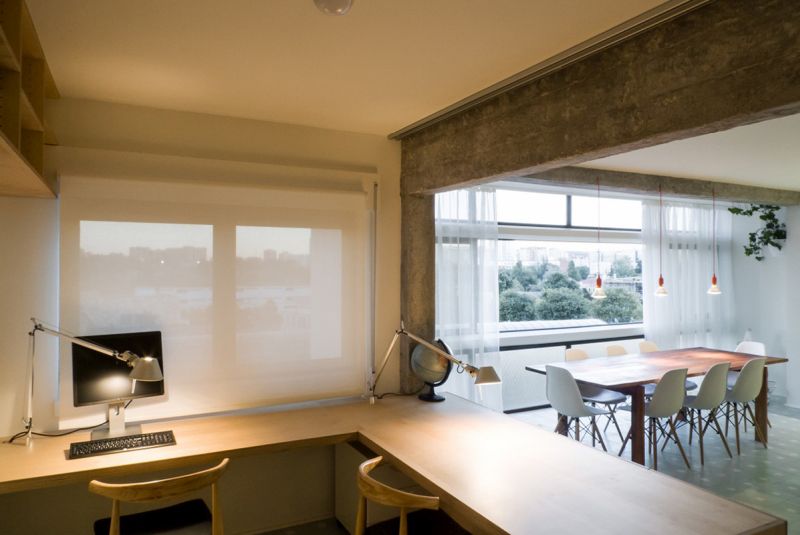 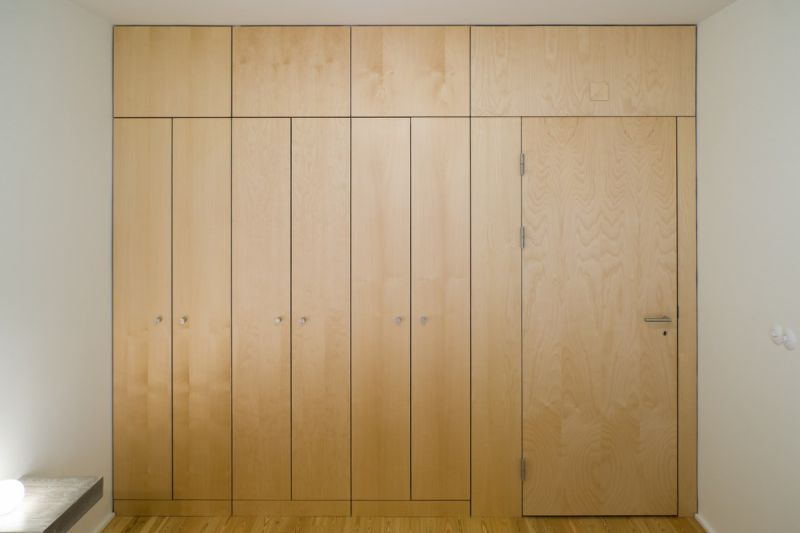 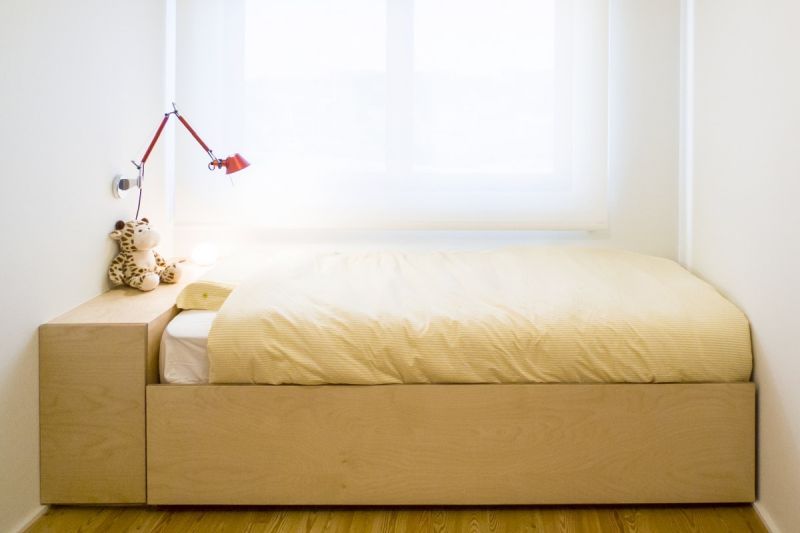 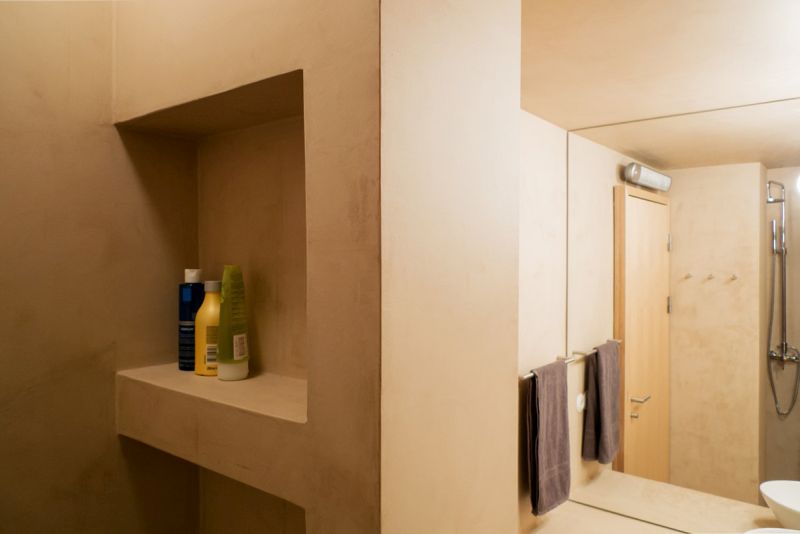 When renovating an old apartment, particularly one from the 1980’s or even before that in an area such as Lisbon, Portugal, there are a few typical architectural elements you need to be prepared for. Such apartments are usually very divided, with small rooms and a lot of walls which now seem unnecessary. They also often have a lot of beams that make the spaces seem small and claustrophobic. Architect Miguel Marcelino had to deal with all these elements when this apartment needed to be totally remodeled.

The clients wanted the apartment to be restructured in order to feel more like a modern home which we know is defined by spaciousness and openness. In order to achieve that, some of the walls had to be taken down in order to connect areas such as the kitchen, the dining room and the living areas which were previously functioning as separate rooms.

The new division connects these areas into a single open space. the kitchen is neatly tucked on one wall, the dining area is placed in front of the window wall under the beam that marks the previous separation between the living room and the balcony and the rest of the space serves as a lounge area and workspace.

The new office space is part of the open floor plan as well but it feels private and cozy thanks to its positioning in the corner but also the L-shaped desk which doubles as a space divider.

It took some major restructuring to transform this apartment from an old and divided space to a bright and open home. The materials used as simple and mostly include wood and concrete. Because the supporting beams couldn’t be removed, they were left bare and exposed and they give the apartment a rather intriguing look full of character.

The bedrooms and bathrooms are private spaces but they too were remodeled. The bedrooms needed an aesthetic makeover and that was done by simplifying the furniture and getting rid of unnecessary ornaments and features. The bathroom spaces, on the other hand, felt much too small and claustrophobic so they were enlarged visually in order to suit the new design direction.