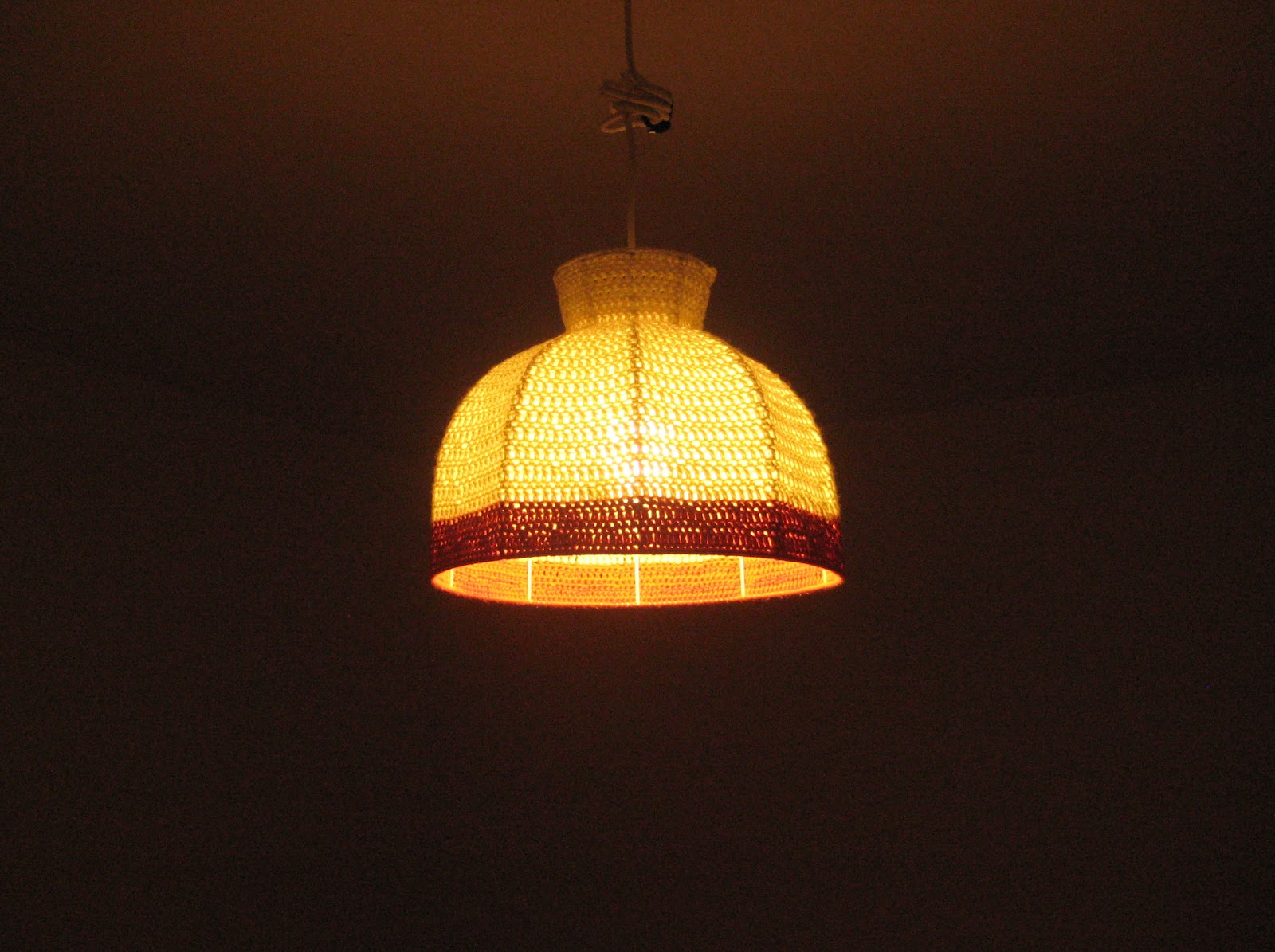 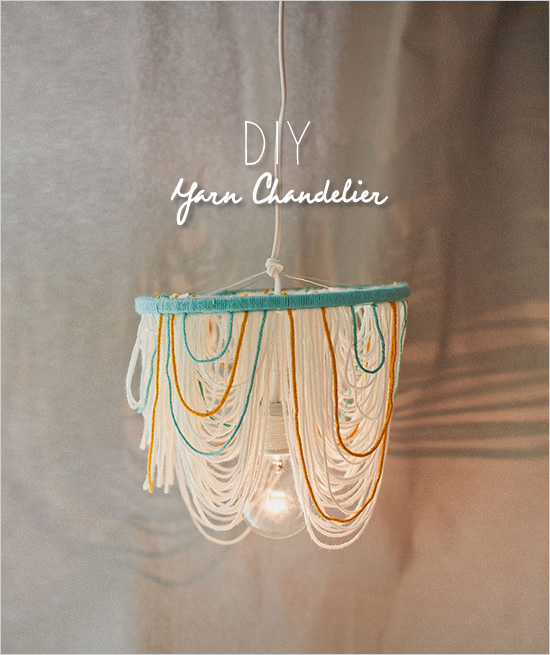 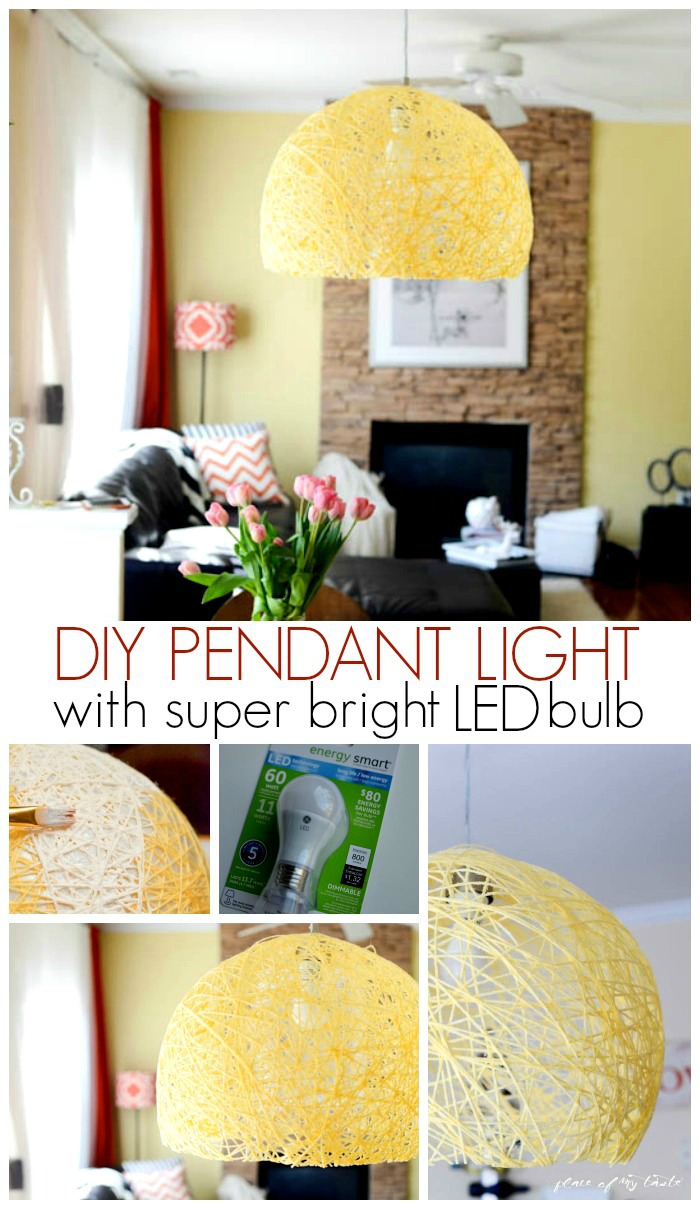 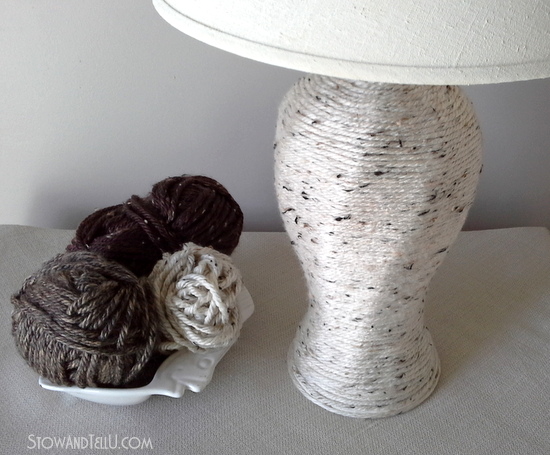 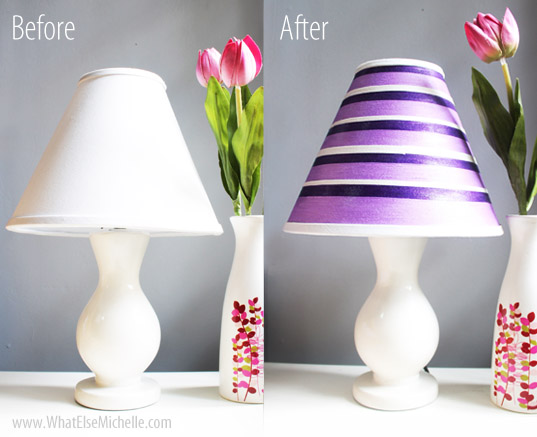 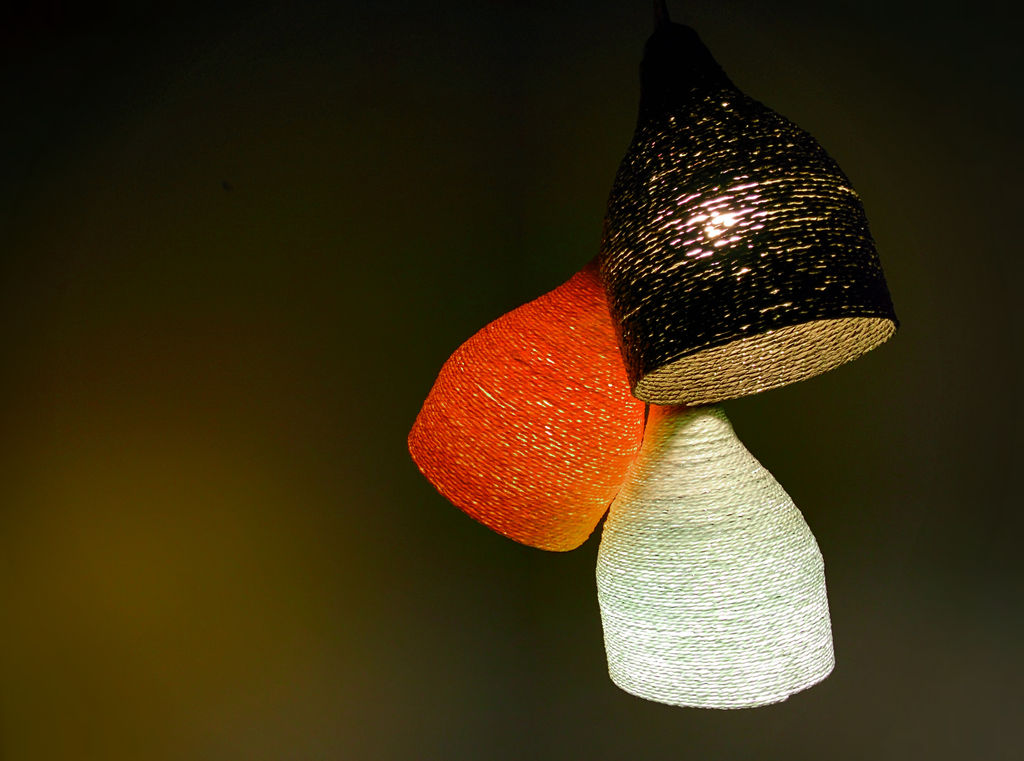 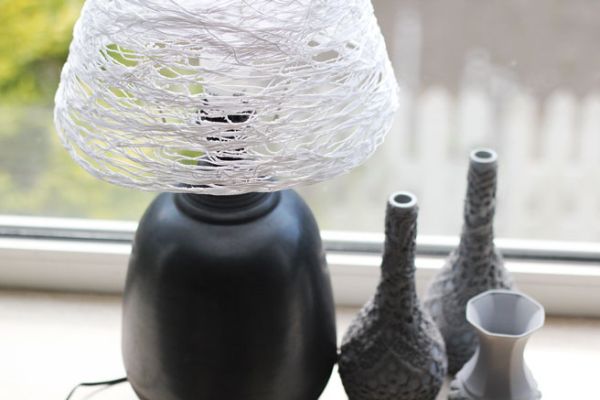 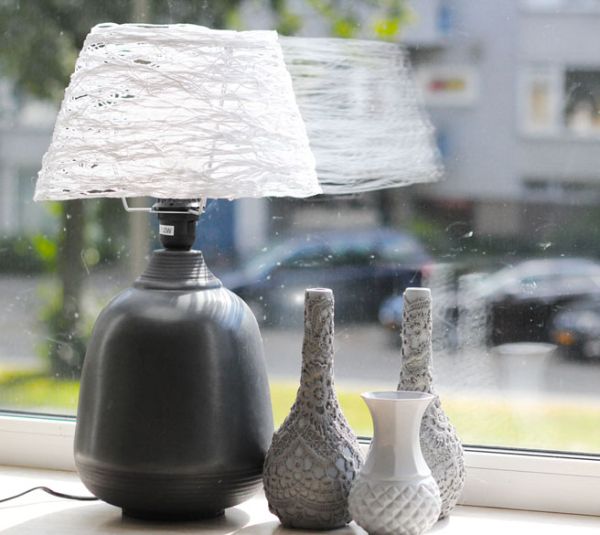 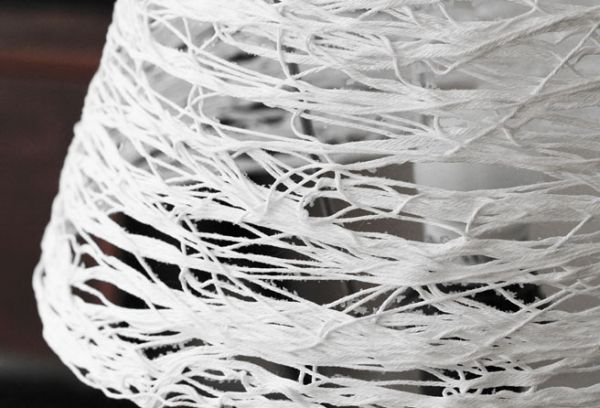 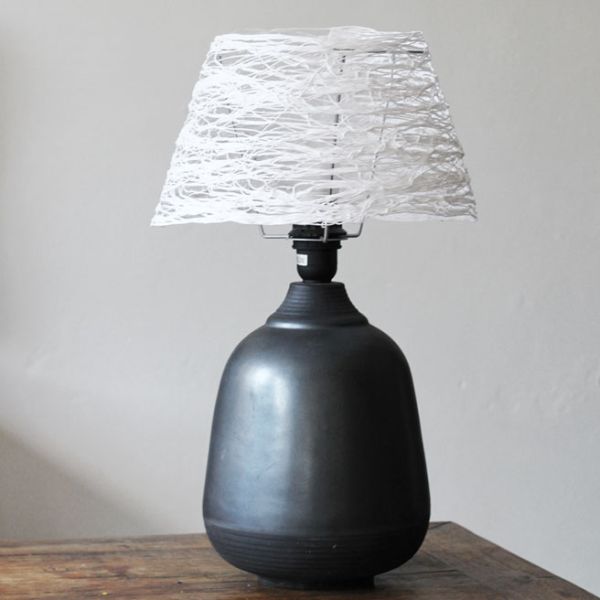 Lamps and light fixtures in general are considered accessories for a home but they actually go beyond that. Their role in not purely cosmetic. A lampshade’s role is also to filter and diffuse the light, to direct it in the right area and to create a suitable ambiance for that particular space. There are things to take into consideration when buying or making a lampshade. Speaking of which, let’s have a look at some DIY lampshade designs which you could easily try at home.

A lampshade can be made out of a lot of materials. For example, yarn can be one option. Let’s see how a yarn lampshade could be like and how you could make one at home. According to the tutorial offered on lanaredstudio, the supplies needed are yarn, an old lampshade which has a shape and size you like, baking paper, wallpaper glue and tape or a stapler. Cover the lampshade with baking paper and then tape or staple one end of the yarn to the paper. Then start wrapping the yarn around the lampshade creating a random pattern. Cover it all with glue mixed with water. Let it dry and gently peel off the yarn.{found on lanaredstudio}.

Instructables also offers an interesting design idea for a yarn lampshade. For this particular design, you’ll need a plastic bottle, tape, sandpaper and a small saw for preparing the lamp and then some paper yarn, mod-podge, scissors, rubber bands, a pendant lighting kit and a foam brush. First you need to cut the bottle close to the neck and to sand the edges. Remove the label and put tape instead. Sand the bottle and lightly wrap a few rubber bands at the neck of the bottle. Apply a bit of mod podge right below them and start wrapping yarn around the bottle. Continue until you cover the bottle. Then seal the yarn with mod podge. When it’s dry extract the bottle.

If you don’t want to get rid of your existing lampshade and only want it to redecorate it and make it more colorful, you can simply cover it with yarn. Attach it with glue and then seal it. You can use multiple colors and create interesting designs such as the stripes featured on whatelsemichelle.

Similarly, you can use yarn to decorate the base of the lamp, leaving the shade as it is. It’s all really simple actually. Remove the lampshade and get your supplies ready: some yarn or rope or twine and glue or mod podge. Start gluing and wrapping it around the lamp base starting from the bottom and continue until you cover the whole surface. You can find more details about this project on stowandtellu.

You can also use yarn to make a beautiful pendant light or a chandelier. There are several methods you can use. One of them is described on placeofmytaste. The supplies needed are: a ball (it can a beach ball or an exercise ball for example), colored yarn, fabric stiffener, a brush, a pendant light kit and scissors. Wrap yarn around the ball until you cover it all. Then apply fabric stiffener with a brush onto the yarn and let it dry for 24hours. Let the air out of the ball and cut the bottom to give the pendant shade its shape.

Another method you can use if you want to make a yarn pendant lamp or chandelier can be found on weddingchicks. You’ll need wire, wire cutters, yarn, double sided tape, a sewing hoop, scissors and a pendant lamp kit to make something similar. You can combine multiple colors and create all sorts of patterns and designs. Hanging the chandelier and making it stay level will be a bit tricky.

Another possibility is to crochet the lampshade. The idea comes from letandas where you can also find a few useful tips. The pattern is simple and you only need basic crochet skills to make it. The difficult part will be finding the right lampshade frame to use for this project. The finished product will look like a cozy for your light fixture.